The Queen’s sons have been making the most of the milder weather this weekend, as they both embarked on a horse ride on Saturday.

The Duke of York, 59, and the Earl of Wessex, 55, both looked relaxed as they made their way around the Windsor Castle grounds on Saturday.

Deciding to go their separate ways for the leisurely trot, the pair proved it isn’t simply their mother who has a love for horse riding.

While Edward could be seen riding out on his own, his brother appeared to be engaged in conversation with a companion during the outing.

The Duke of York (pictured), 59, and the Earl of Wessex, 55, both looked relaxed as they made their way around the Windsor Castle grounds on Saturday

Edward, the Queen’s youngest son, donned a red and black striped helmet for the outing, which he teamed with a light blue shirt.

Looking equally the part, Andrew appeared in high spirits as he chatted during the leisurely activity.

Sporting a black helmet with a striking white stripe, the prince completed his outdoorsy ensemble with a navy coat and trousers.

In April, the Queen was also photographed enjoying some down time horse riding in Windsor. 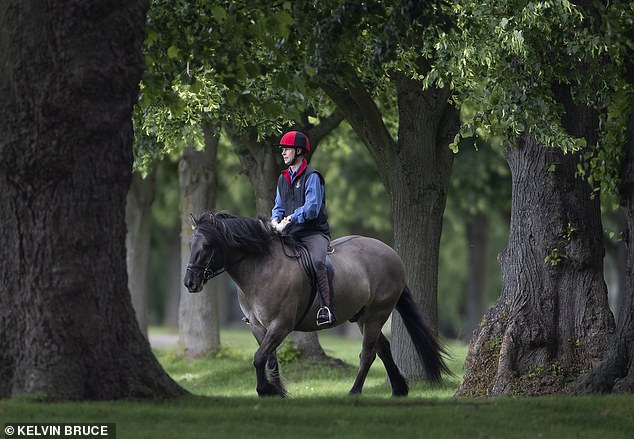 Edward (pictured), the Queen’s youngest son, donned a red and black striped helmet for the outing, which he teamed with a light blue shirt

Her Majesty, 92, who braved the chilly temperatures and misty winds, was accompanied by Head Groom Terry Pendry.

She opted not to wear a safety helmet and instead protected her hair with a silk scarf adorned with pastel colours, which she contrasted with a navy blue trench coat.

She and Pendry appeared to be riding two of her beloved black Fell ponies, which are instantly recognisable due to their carefully groomed mane and calves.

The Queen is well-known for her love of horses and is often spotted riding around the green grounds. 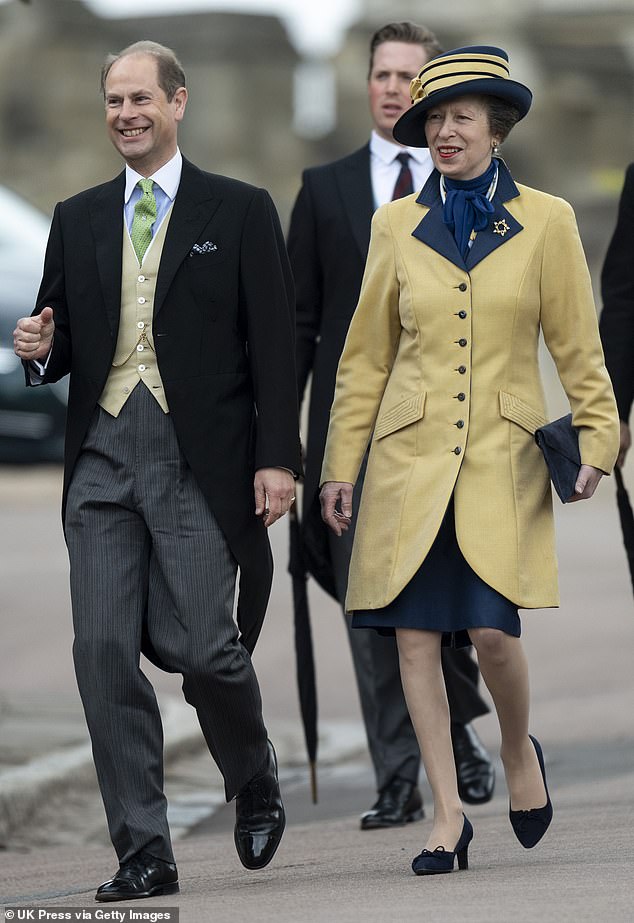 The brothers proved it isn’t just their mother who is a lover of horses. Pictured, Prince Edward (left) and Princess Anne (right) at the wedding of Lady Gabriella Windsor and Mr Thomas Kingston at St George’s Chapel, Windsor Castle on May 18, 2019 i 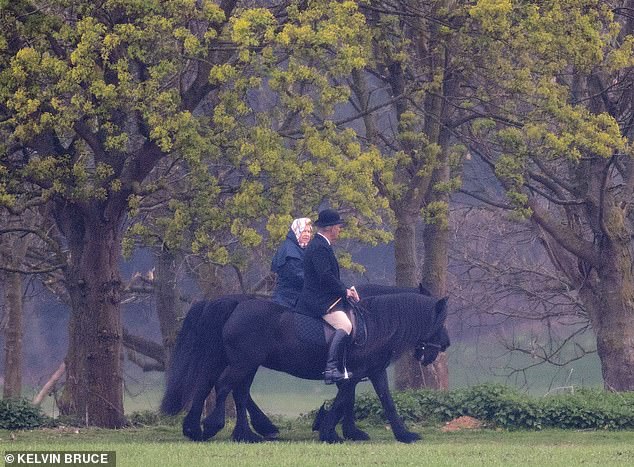 Her Majesty the Queen, 92, spotted horse riding in Windsor in April with Head Groom Terry Pendry 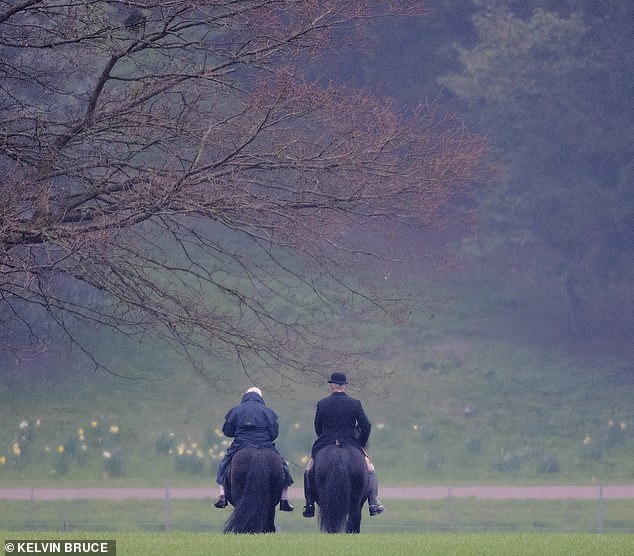