From his home in exile in the US state of Virginia, the oldest surviving son of the last king of Afghanistan will have watched in horror as the Taliban rolled into Kabul earlier this month. Ahmad Shah (pictured), who remains Head of the House of Barakzai, was 39 when his father, King Zahir Shah, was deposed in a bloodless coup in 1973. 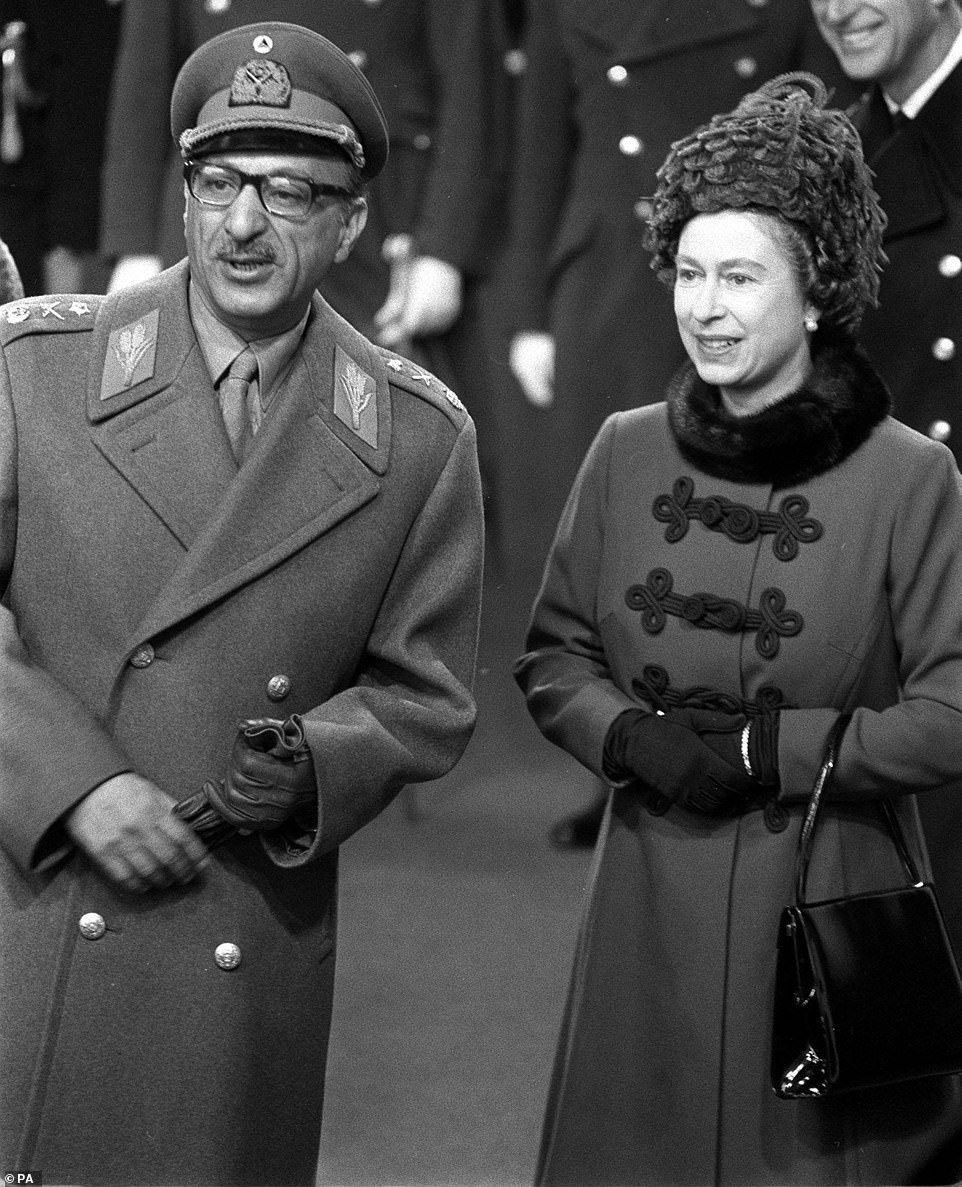 Before the government of President Ashraf Ghani collapsed and the Taliban swept to power, there remained a glimmer of possibility that the Afghan royal family could one day return to rule the nation. When the former King Zahir Shah returned to Afghanistan following 29 years in exile in 2002, after US and British troops had toppled the first Taliban regime, the very real prospect of him regaining his title and ruling his country once more was rejected by the Americans. Pictured: The King with Queen Elizabeth during a state visit to the UK in 1971. 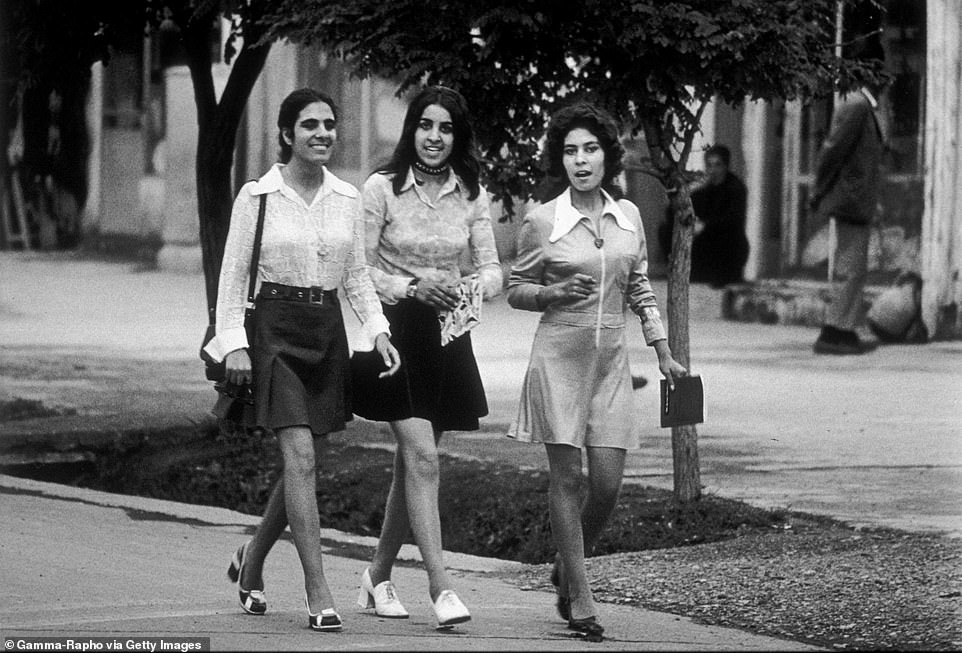 Under King Zahir’s rule, girls’ schools were established and women were granted the right to vote. His reforms followed those of his 1920s predecessor, Amanullah, who outlawed strict traditional dress codes and discouraged polygamy, whilst his wife, Queen Soraya, set an example by tearing off her veil in public. But now, as the anti-monarchy Taliban tighten their grip on the country, many fear that the rights enjoyed under previous kings – echoed and advanced in the last 20 years – will be taken away. Just today, the regime declared that whilst women will be allowed to attend university, they will have to study in separate rooms from men. Pictured: Women wear high heels and Western-style clothing whilst walking in Kabul in 1972, during King Zahir’s time in power. 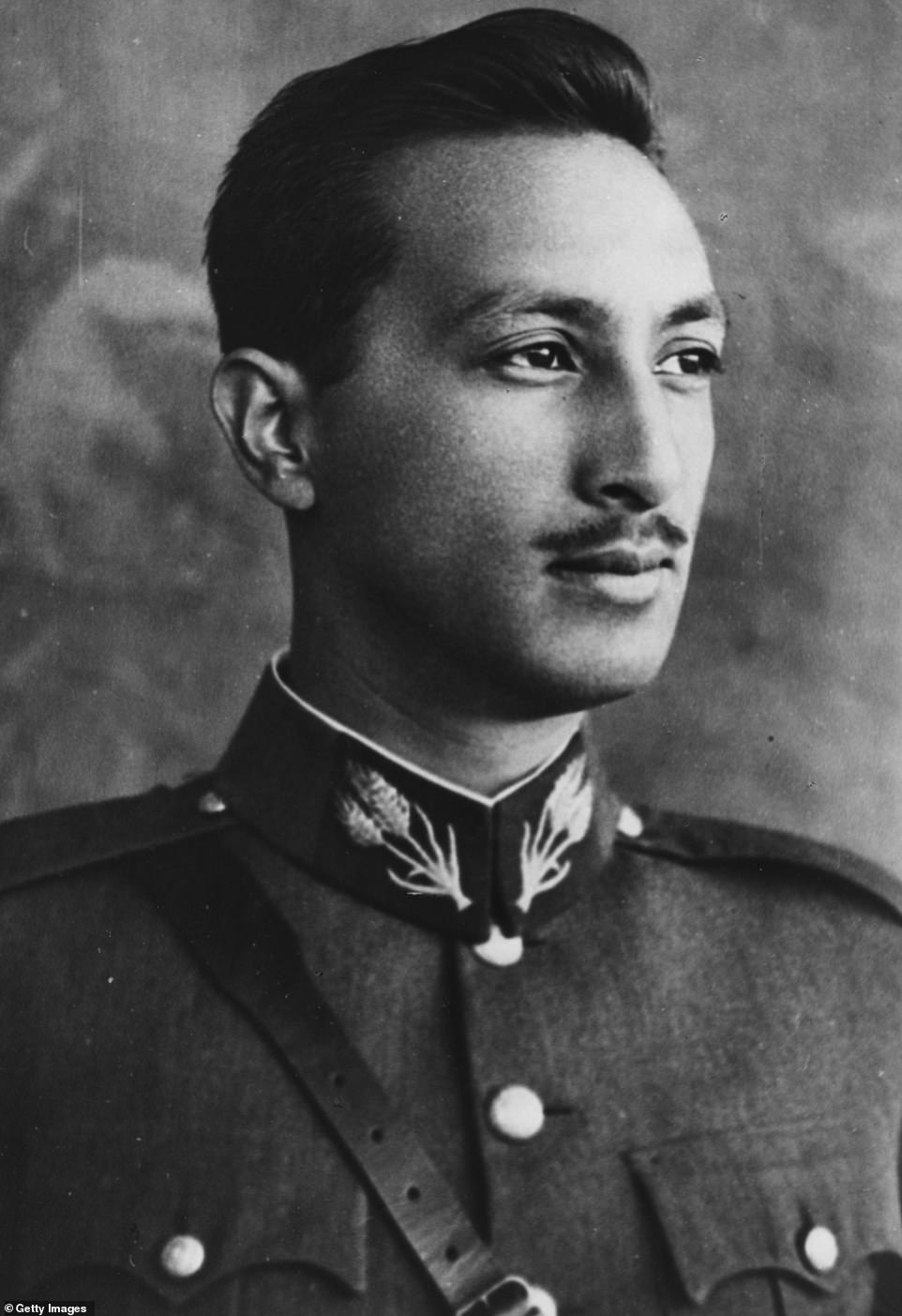 Although he was ousted and would turn out to be Afghanistan’s last monarch, King Zahir Shah (pictured in 1933, the year he came to power) was in fact a modernizer who created a new constitution and a system of constitutional monarchy. During his time as king, Afghanistan also joined the League of Nations – the forerunner to the United Nations – and was formally recognized by the United States. And despite close relations with the ‘Axis powers’ – Germany, Italy and Japan – Afghanistan was one of the few nations to remain neutral in the Second World War. The constitution established by King Zahir also allowed for the introduction of free elections and a parliament. 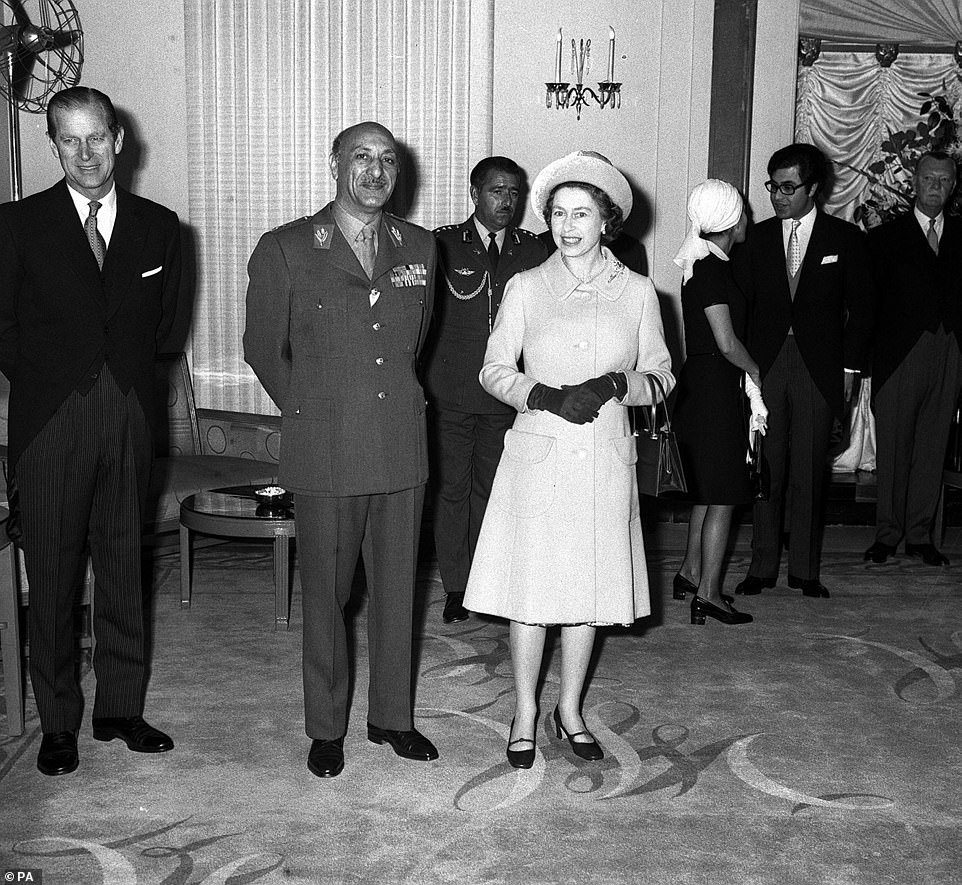 But King Zahir, who watched Princess Anne ride her horse during a state visit to the UK in 1971, was deposed in 1973 by his cousin, who established an autocratic republic. He went on to live for 29 years in exile in Italy, where he spent his time playing golf and chess. He was only able to return to his country, which by then had been through the upheaval of invasion by the Soviet Union, in 2002, after the brutal Taliban regime had been removed from power. 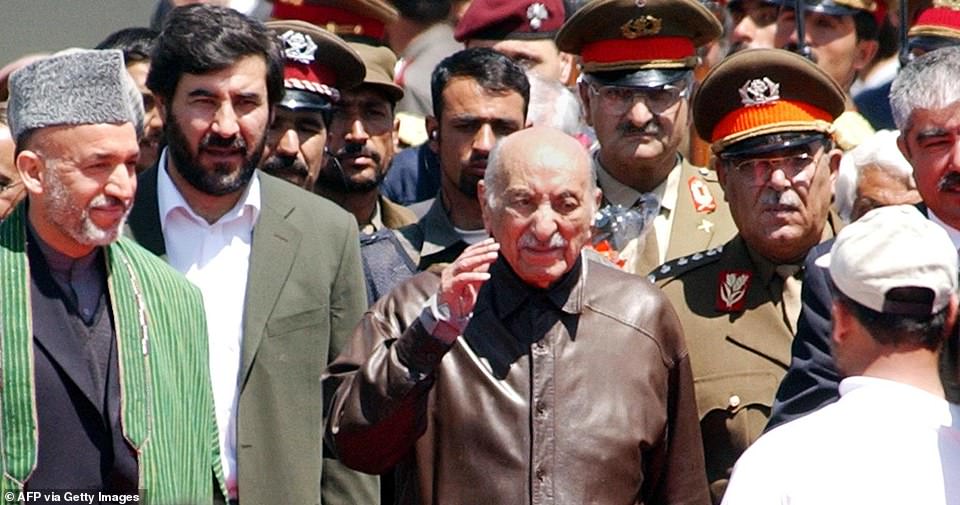 Then aged 87, he was flown into his country in an Italian military plane and welcomed at Kabul airport by the then president of Afghanistan Hamid Karzai. Now aged 86, Prince Ahmad Shah is known to enjoy writing poetry at his secluded home in the US. There were hopes then that he may be able to unite the country by returning as king, but the proposals were blocked, in part by the US. Pictured: The King waves to crowds after arriving at Kabul Airport from Italy. 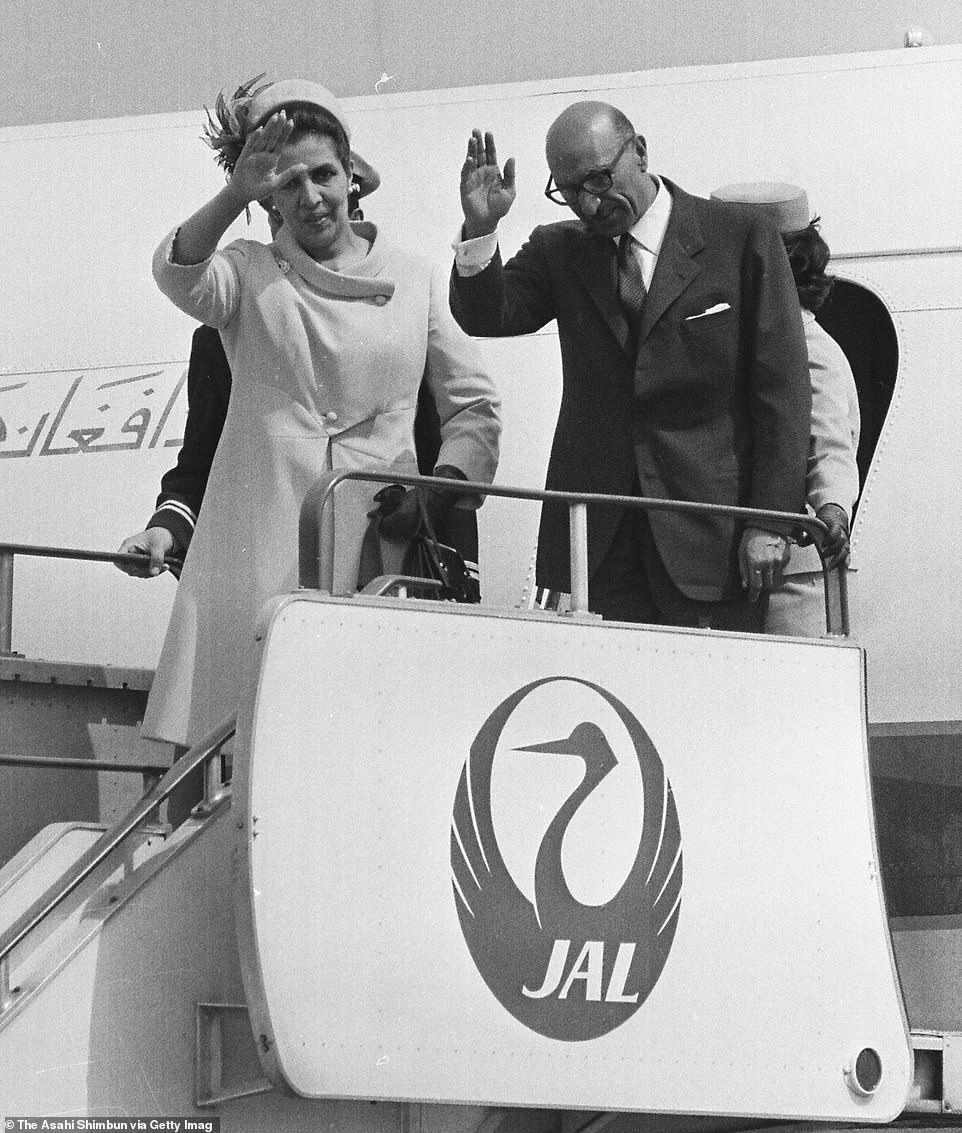 Although he retained influence and respect, King Zahir lived for the rest of his life in his old palace in Kabul, until his death in 2007. His wife, Humaira Begum, was also his first cousin. The couple had six sons and two daughters. Pictured: The King and Queen at the end of a visit to Tokyo in 1969. 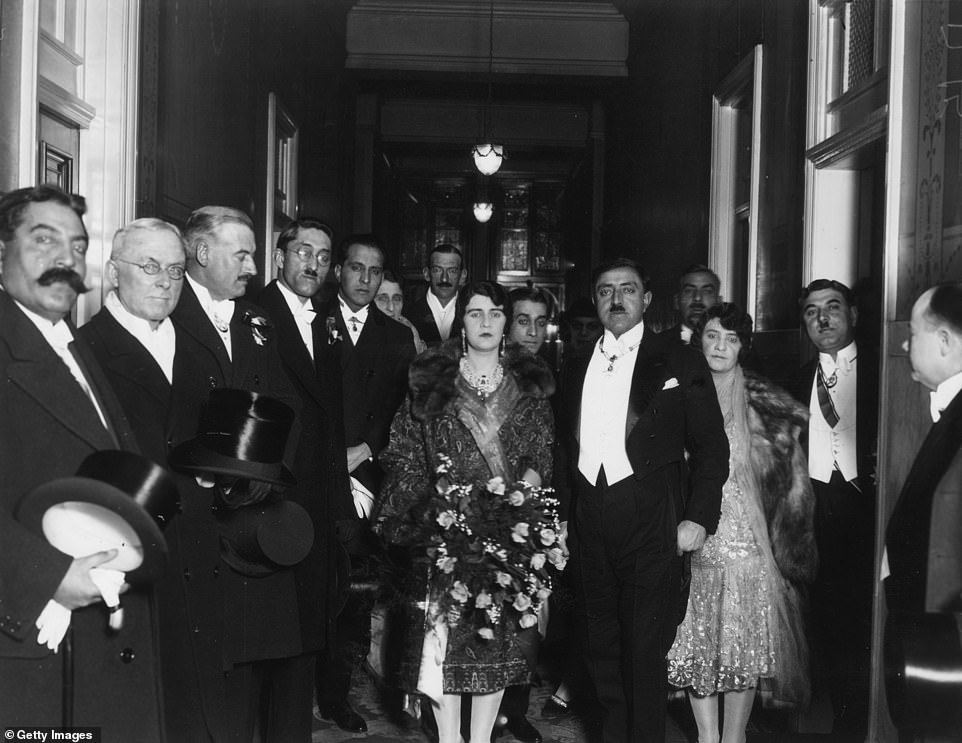 Whilst both princesses are still alive, very little is known about their lives bar their names: Princesses Maryam Begum and Bilqis Begum. Of the four surviving sons, the most is known about Crown Prince Ahmad Shah Khan. He became his father’s immediate heir after the death of his elder brother in 1942. Aged 86, Prince Ahmad Shah lives in the US with his wife, Princess Khatul Begum. Together, they have two sons and one daughter, all of whom are officially princes and princesses. Pictured: King Amanullah and Queen Soraya are seen surrounded by dignitaries in Manchester during a visit to the UK in March 1928. 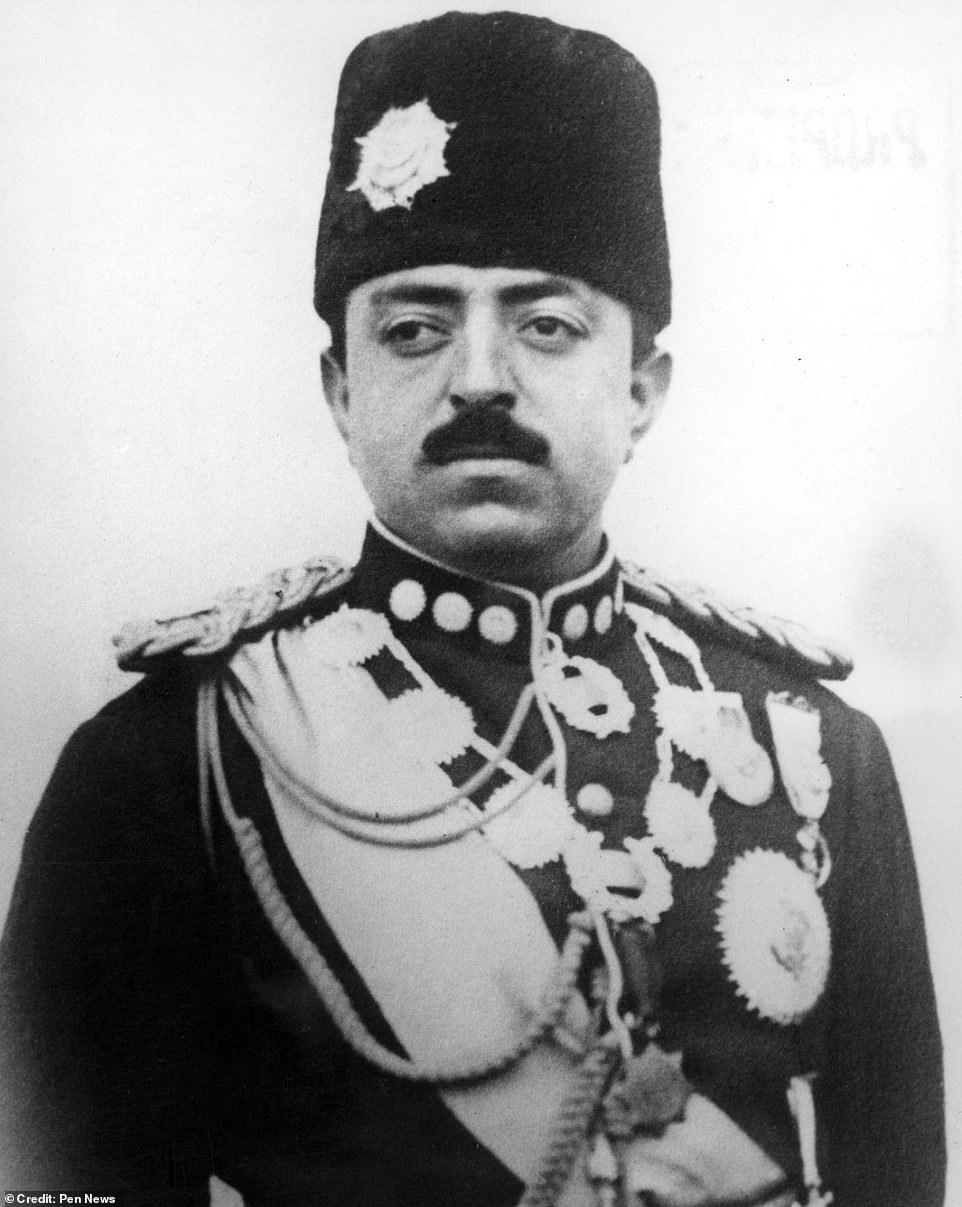 Whilst King Zahir was a reformer, it was ironically his father – Muhammad Nadir Shah – who rolled back the rights won by women under King Amanallah’s rule. The elder Shah (pictured), who had served as the commander of the Afghan Army under Amanullah, became king and ruled for five years after the latter monarch was overthrown. But his time at the helm was cut short after just four years in 1933, when he was assassinated. 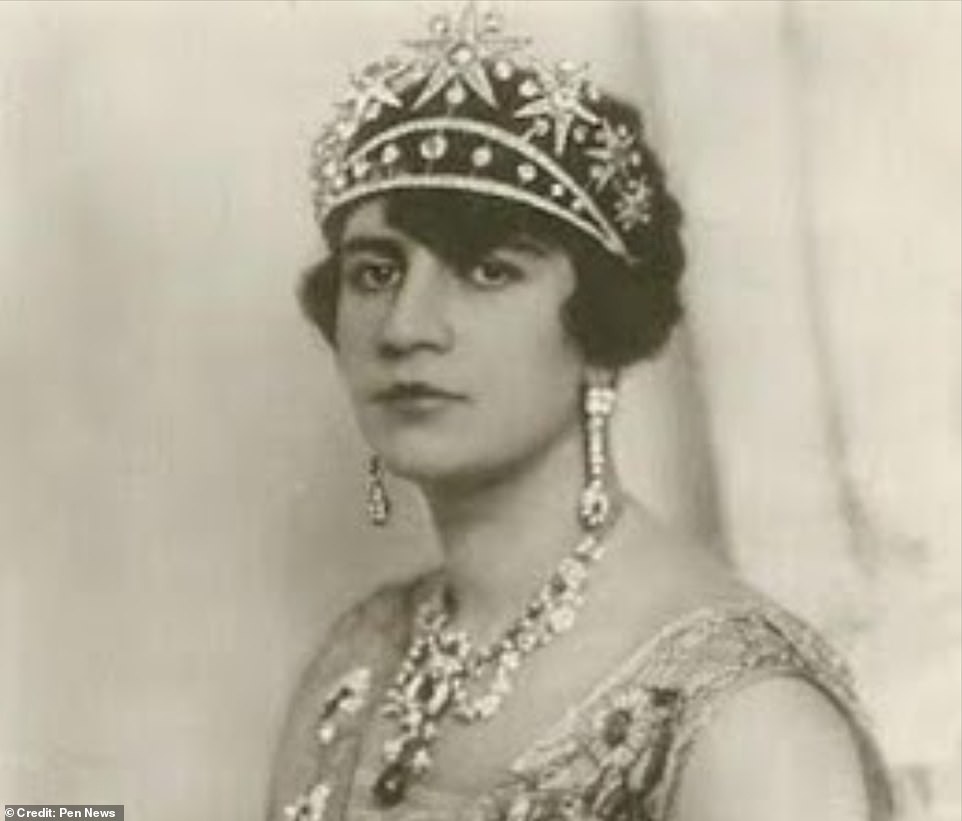 Under King Amanallah, who ruled from 1919 until his enforced departure a decade later, strict traditional dress codes were outlawed and new schools were opened for both boys and girls. The legal age for women to marry was raised, whilst forced marriages were outlawed and the practice of polygamy – where men took more than one wife – was discouraged. His wife, Soraya Tarzi (pictured), was herself a strong advocate of women’s rights and established Afghanistan’s first women’s journal, which advocated gender equality. 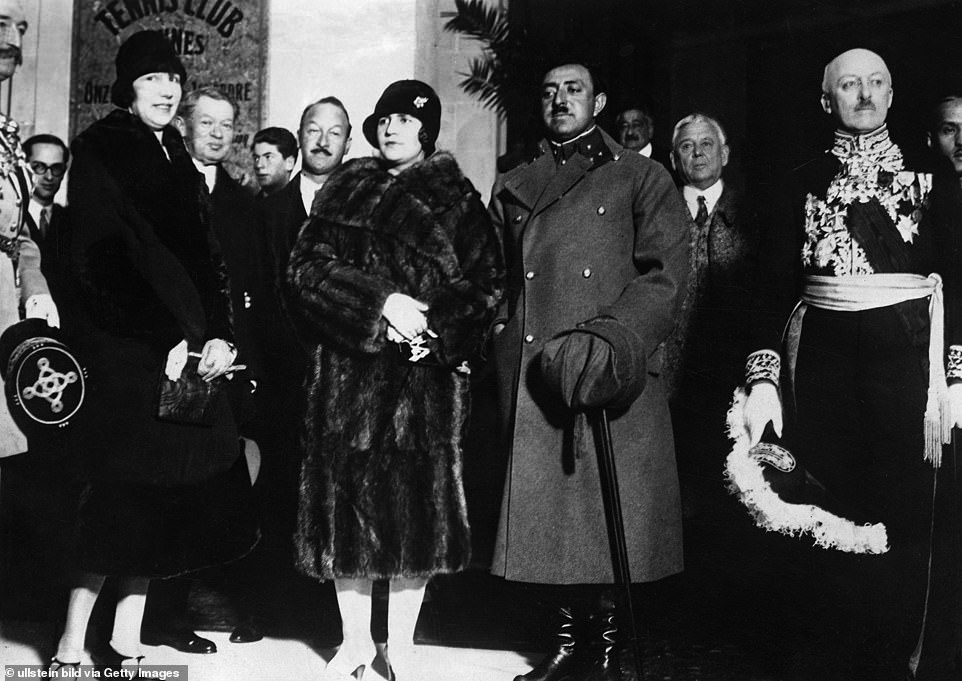 After a speech given by her husband in which he said Islam did not require women to cover their bodies or wear a veil, Queen Soraya tore off her face covering in front of a crowd of onlookers. In a 1926 speech marking the seventh anniversary of independence from British rule, she said the new freedom belonged ‘to all of us’ and called on women to ‘take their part’ in driving the country forward. Speaking of Soraya, women’s rights activist and Afghan politician Shinkai Karokhail told Arab News that the queen ‘began a great revolution and managed to implement it through the king.’ Karokhail continued: ‘She appeared in public and traveled extensively to inform women about their rights and that they needed to acquire education.’ Pictured: The couple in France in 1928. 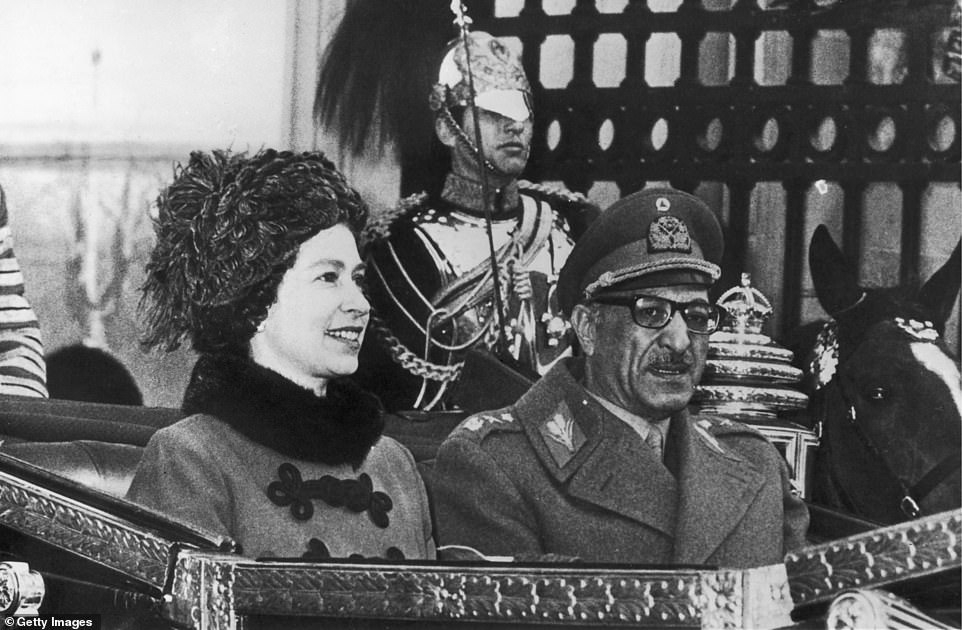 After Afghan communists took over the country in a coup in 1978, deposing autocratic Prime Minister Mohammed Daoud Khan – the man who had gotten rid of King Zahir five years earlier – the efforts to impose Karl Marx’s ideology led to widespread rebellion. The Soviet Union’s 10-year occupation of the country that soon followed led to further unrest, with resistance to the occupation led by fighters known as the Mujahideen. Subsequent civil war after the Soviet withdrawal led to the rise of the Taliban, whose first period in power in the 1990s was extremely brutal. Girls’ education after the age of eight was outlawed, whilst women were forbidden from working and forced to cover their entire bodies in public. They were also banned from speaking loudly in public and their voices were banished from the radio. The rights enjoyed by those under King Zahir and King Amanullah were a distant memory. Pictured: King Zahir travels up the Mall in the Royal carriage in 1971. 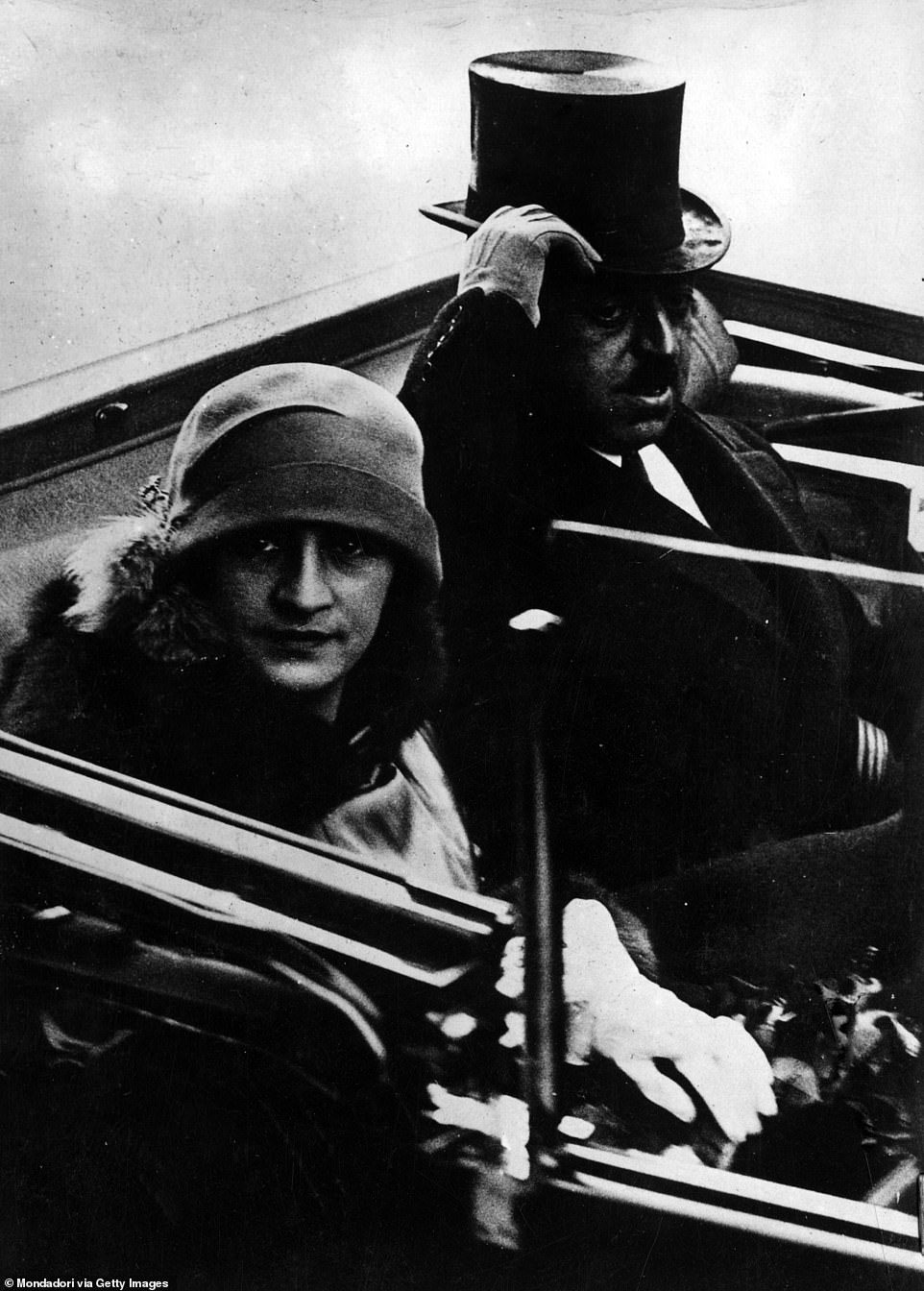 Whilst freedoms returned after the removal of the Taliban, it is now feared that the new regime – despite their promises to the contrary – could impose similar hard-line rules. Whilst it emerged today that the Taliban will allow women to continue to go to university, they have said that male teachers will not be permitted to teach them, and female students will have to study in a different room than men. ‘The people of Afghanistan will continue their higher education in the light of Sharia law in safety without being in a mixed male and female environment,’ Abul Baqi Haqqani, the Taliban’s acting minister for higher education, said in a meeting on Sunday, adding: ‘Men will not be allowed to teach girls.’ Pictured: The Queen and King in the 1920s. 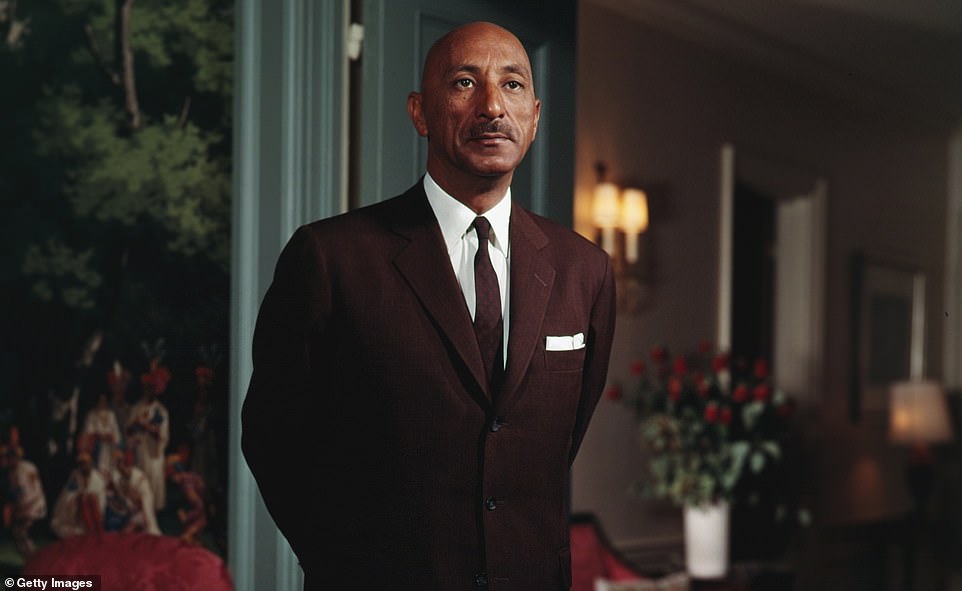 Daily Mail coverage of King Zahir’s visit to the UK noted that he watched the then 21-year-old Princess Anne riding her prize-winning horse Purple Star. 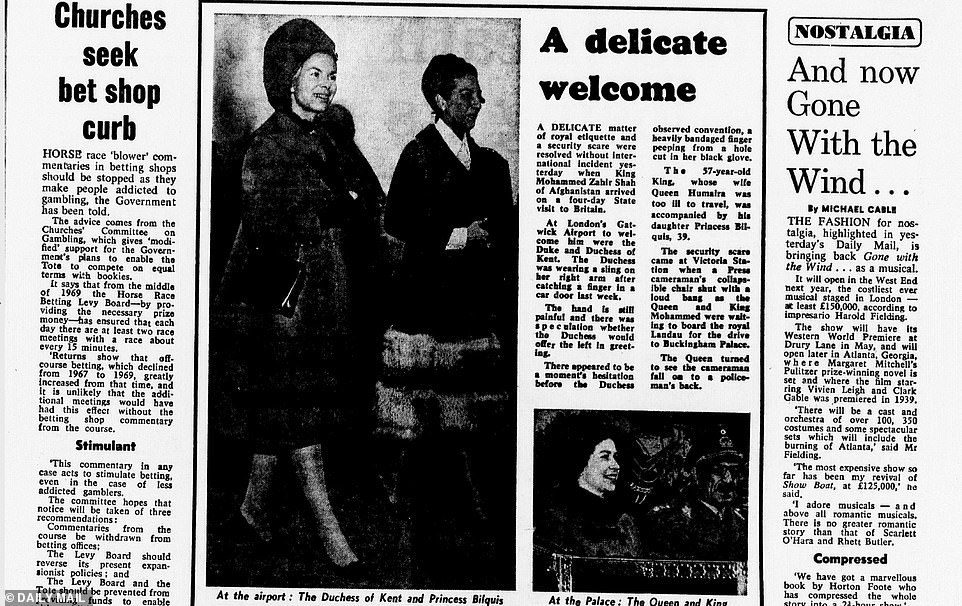 The coverage of the King’s arrival said he was greeted at Gatwick Airport by the Duke and Duchess of Kent. 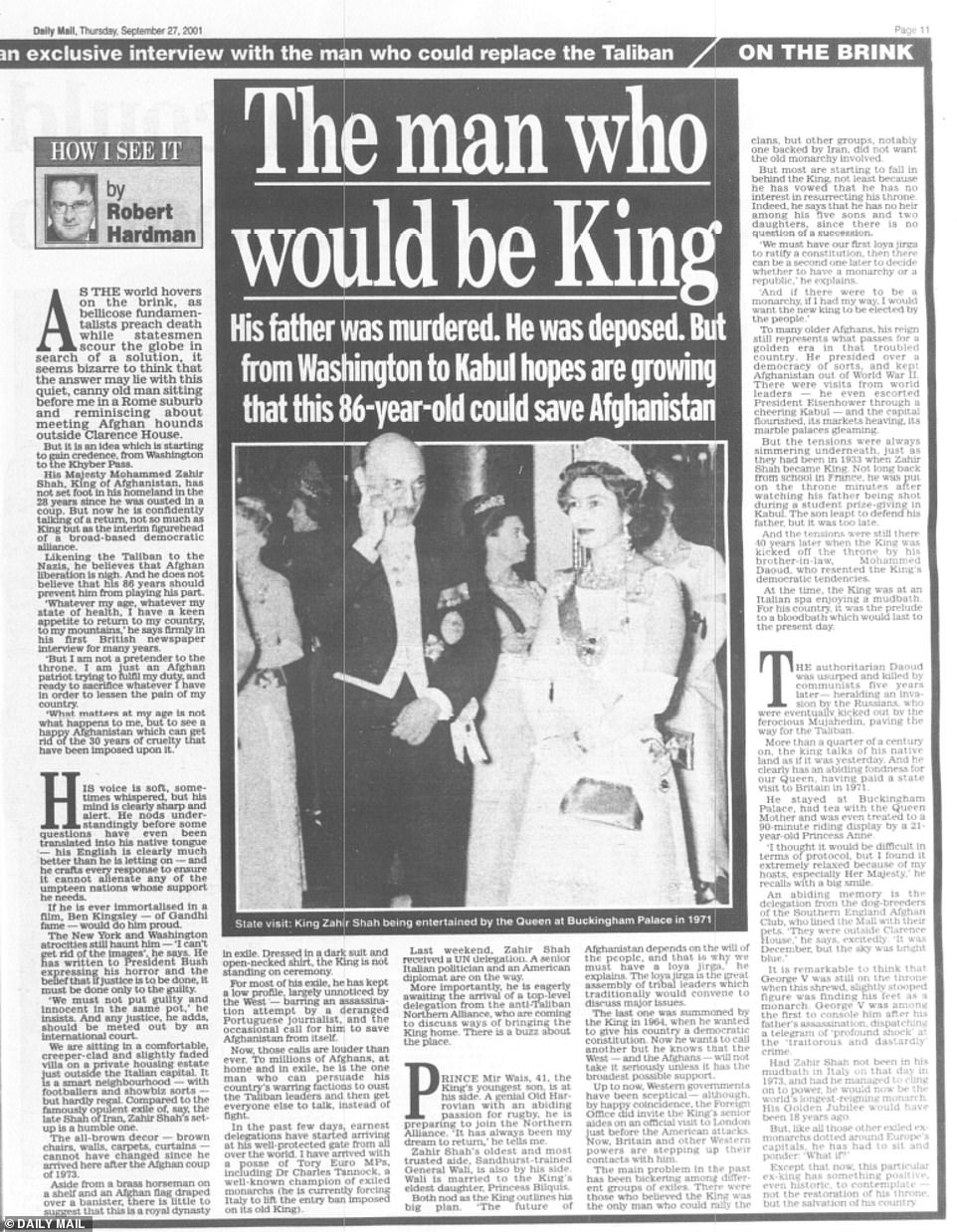 After Taliban’s fall in 2001, there were hopes that Zahir could return as King, but the proposals were opposed by the US.