It was confirmed last month that Nick ‘The Honey Badger’ Cummins has split with the winner of The Bachelor, widely rumoured to be Brittany Hockley.

And after reports the former Wallaby had secretly reunited with axed contestant Cassandra Wood, the 24-year-old student has done little to dispel the rumours.

As Nick escapes the pre-finale media scrum by walking the Kokoda Trail in Papua New Guinea, Cassandra confessed on Wednesday that the pair secretly met up after the show wrapped and strongly hinted at a controversial re-coupling.

A ‘date’ in Manly, an overseas trip organised by her gym and her VERY telling interview before the finale: All the signs that The Bachelor’s Cassandra Wood and Nick Cummins ARE possibly dating after the show. Pictured: Cassandra and Nick during hometown visits

Indeed, as Nick remains off the grid until next week, Cassandra actually confirmed it was her gym that organised his oddly-timed excursion.

‘It was organised before The Bachelor,’ Cassandra said on Wednesday during an interview with KIIS FM’s The Kyle & Jackie O Show.

During the chat, she also said cryptically: ‘He’s definitely with someone right now.’

When hosts Kyle Sandilands and Jackie ‘O’ Henderson pushed her for details on who he was dating, the blonde declined to answer.

As the country waits for the season finale to unravel this week, Daily Mail Australia takes a look at all the evidence Cassandra and Nick are an item. 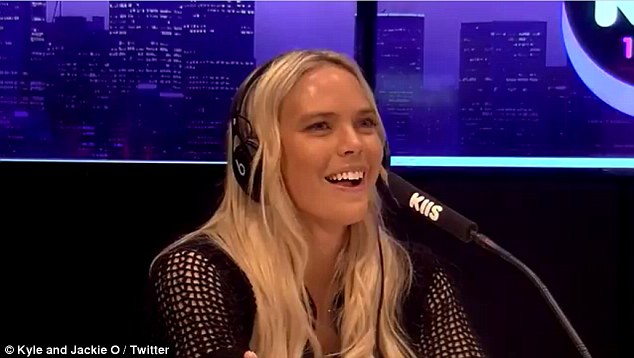 Hmm! As Nick remains off the grid until next week, Cassandra confirmed to Kyle and Jackie O on Wednesday it was her gym that organised his oddly-timed excursion to Papua New Guinea 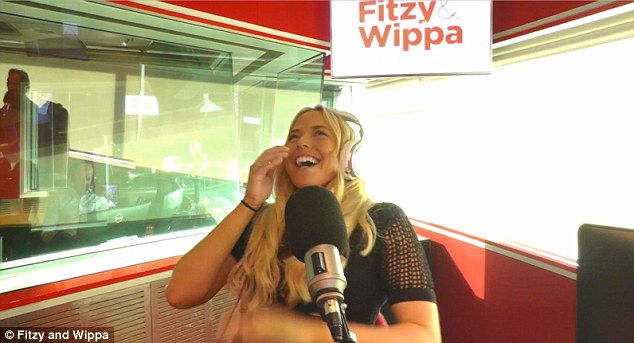 What’s so funny? In another telling interview on Wednesday, Cassandra giggled when asked if she was single. Pictured on Nova 96.9’s Fitzy & Wippa

THEIR SECRET DATE AFTER THE FINALE

When asked if she was dating Nick on Wednesday’s Fitzy & Wippa, Cassandra smiled and laughed awkwardly before dismissing the reports as ‘fake news’.

‘Umm… there’s a lot of fake news and I believe he’s with the winner and having a happy life!’ said Cassandra, barely able to stifle her giggles.

This rather unconvincing response prompted a radio host Sarah McGilvray to say: ‘I don’t know if I believe you, look at the smile on your face!’

Funnyman Ryan ‘Fitzy’ Fitzgerald then asked: ‘Have you seen him [Nick] since the filming stopped of The Bachelor?’

Chuckling nervously, Cassandra responded: ‘Um… yeah, well, out of respect for the winner, we’d never organise to hang out.

‘But we do live on the Northern Beaches [in Sydney] and I have bumped into him but it was just like a “Hi, bye” quick conversation.’ 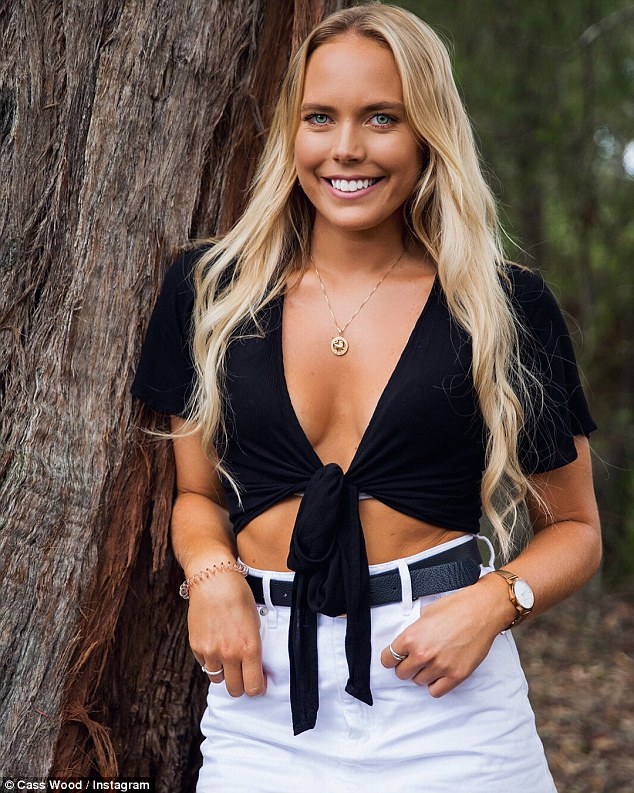 Will she become Mrs Badger? As rumours spread that Nick and Cassandra are ‘secretly dating’, Nick’s uncle Mike told Woman’s Day on Monday that he is ‘getting married’ – but couldn’t confirm who with as he’s signed a ‘confidentiality agreement’

Nick’s uncle Mike let slip on Monday that things may be more serious than they seem, with the 30-year-old sportsman supposedly engaged to a mystery woman.

‘He’s getting married,’ Mike told Woman’s Day, but added that he was under a ‘confidentiality agreement’ and could say no more.

It’s unclear which woman uncle Mike was referring to, however, as he declined to offer any more information.

CASS IS THE ONLY WOMAN FOLLOWING NICK ON INSTAGRAM

Viewers across Australia will soon watch Nick choose his winner on The Bachelor.

However, it appears that all the remaining finalists – Brittany Hockley, Sophie Tieman and Brooke Blurton – have already unfollowed him on Instagram.

The new revelation, first noticed 48 hours before the finale, followed reports that Nick had dumped the show’s winner – widely believed to be Brittany – soon after filming wrapped.

Interestingly, Cassandra, who was sent home in tears during last Thursday’s episode, still follows the curly-haired suitor on social media.

Cassandra’s sister Sammy and her brother Will are also connected to the rugby star online, which suggests he is still popular among her family. 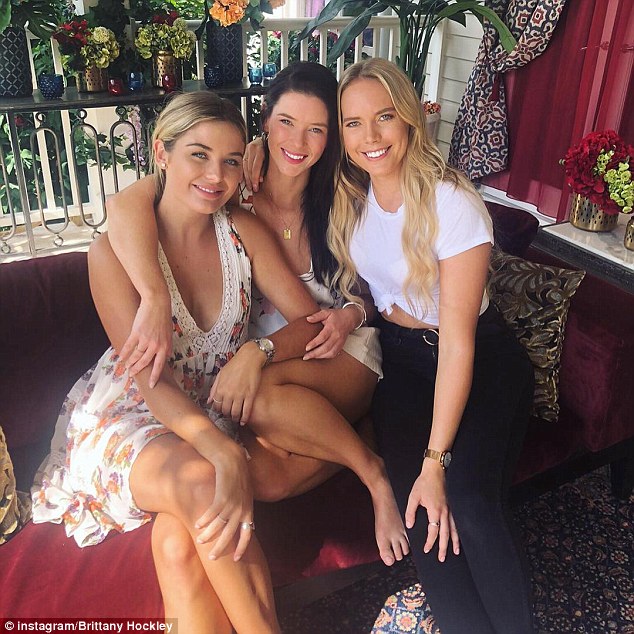 Over him already? Despite the final having not yet aired, finalists Brittany Hockley and Sophie Tieman (pictured) have already unfollowed Nick on Instagram – with Cassandra being the only finalist from the show’s top four still following him online, despite being axed last week

NICK ‘REACHED OUT’ TO CASS AFTER ‘STRUGGLING EMOTIONALLY’

According to New Idea on Monday, Nick ended his relationship with the show’s ‘winner’ shortly after the season finale and subsequently reached out to Cassandra.

A friend apparently told the magazine that Nick ‘struggled emotionally’ after filming the last episodes in New Caledonia in late May and early June, eventually realising he had made the wrong decision.

‘He didn’t expect things to end that way and wasn’t really prepared to have feelings for more than one person at a time,’ they added.

While Cassandra was supposedly reluctant to take Nick back, the insider claimed she decided to give the rugby star a second chance.

‘She understands why he did what he did [by sending her home early]. She believes in fate and thinks this whole thing will just make them stronger,’ the source said. 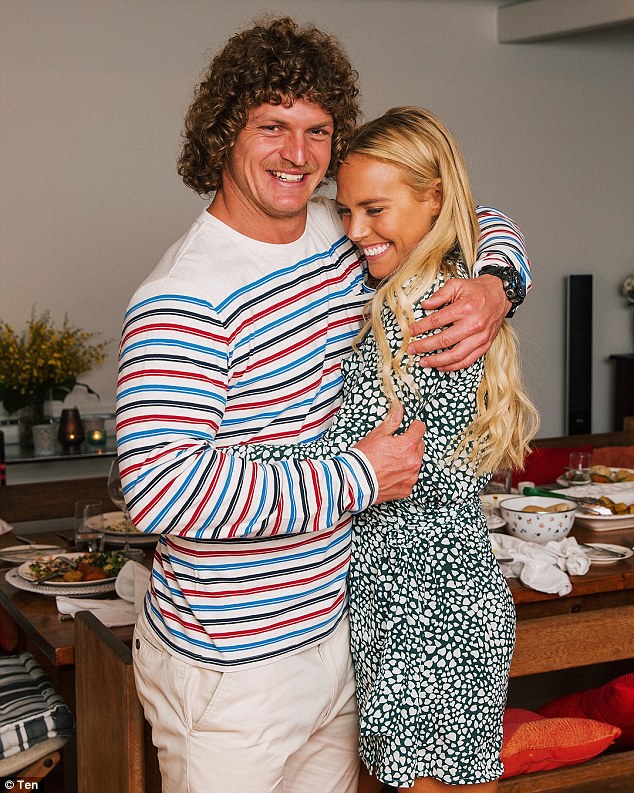 According to New Idea on Monday, Nick ended his relationship with the ‘winner’ – rumoured to be Brittany – and then ‘reached out’ to Cassandra after ‘struggling emotionally’

Speaking to NW on Monday, an unnamed source claimed that Nick ‘pulled a Blake Garvey’ and abruptly changed his mind after declaring his love for Brittany Hockley.

‘The pressure was on for him to prove that Cass wasn’t planted on the show for him, and he made a rash decision [to send her home], but it wasn’t a decision that he sincerely wanted to make.’ 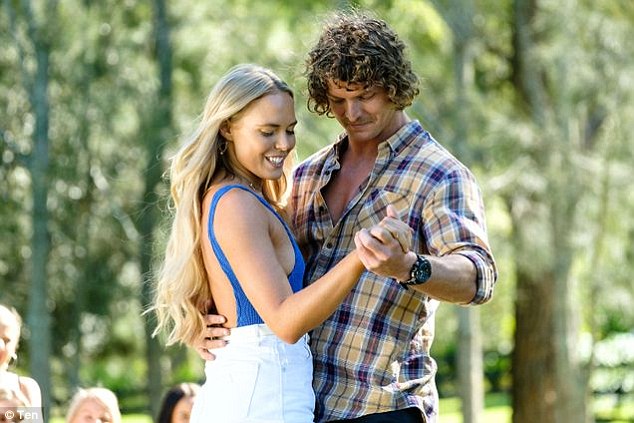 ‘The pressure was on for him to prove that Cass wasn’t planted on the show for him,’ NW magazine claimed that Nick axed Cassandra so people wouldn’t accuse the show of being fixed, as they have both previously confessed to knowing each other before filming

THEY PREVIOUSLY DATED BEFORE FILMING THE BACHELOR

Of course, one of the most telling signs that Nick and Cassandra are together is the simple fact they dated months before filming The Bachelor.

The pair made no secret of having history, but it was only since Cassandra was axed that the extent of their past was revealed.

‘I actually know him!’ Cassandra confessed during the season’s premiere. ‘Nick and I have socialised in the past together.’

She later elaborated that they dated ‘on and off’ for five months, but has not clarified if they ever slept together. 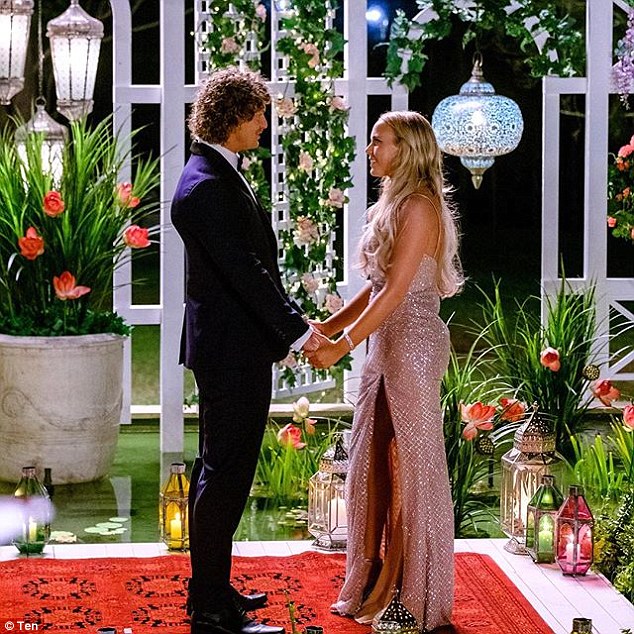 One of the most telling signs of their apparent romance is the simple fact they dated months before filming The Bachelor, with Cassandra refusing to admit if they slept together