REVEALED: The extraordinary response a hoon gave police after being busted doing 200km/h on a busy highway

A driver caught who was caught speeding along a busy highway left police shaking their heads at his explanation.

The Sefton man, 37, told Botany Bay police ‘I wasn’t speeding’ when he was pulled over.

Although he was clocked doing 200km/h by officers while driving a white BMW M3 on the M5 at Beverley Hills southern Sydney, at 10.40pm on Thursday.

He was busted doing the reckless speed – and overtaking other cars – in an 80 kilometre per hour zone. 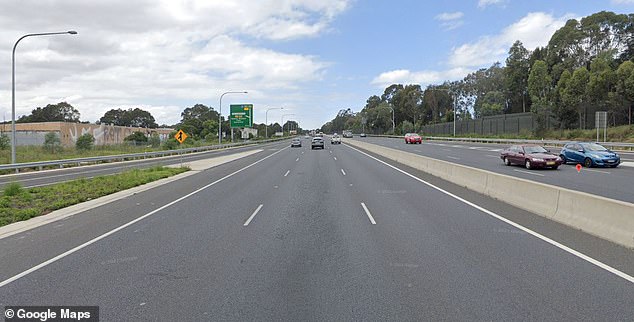 The 37-year-old man was clocked doing 200 by officers while driving a white BMW M3 on the M5 at Beverley Hills southern Sydney, at 10.40pm on Thursday

Flabbergasted officers suspended his licence on the spot.

Remarkably, because his car was owned by a company they could not impound it.

He was charged with speeding and dangerous driving.

‘The vehicle’s speed was checked at 200km/h whilst overtaking vehicles,’ a NSW Police statement said.

‘The driver was stopped at Beverley Hills where he stated “I wasn’t speeding”.’

Anyone caught driving more than 45 kilometres an hour over the speed limit will have their licence automatically suspended, for at least three months.

It was the second time the same day a BMW driver was clocked doing 200 in the past few days.

In Gauteng, South Africa, a man driving a BMW M4 was arrested for driving 216 kilometres an hour in a 120 zone, the Times reported.

The M3 and M4 are both capable of traveling up to 290 kilometres an hour.