It’s a little known fact that Liverpool, a club with such an extraordinary capacity to reach the penultimate stage of European football’s elite competition, have hated semi-finals more than any other round of tournament football, down the years.

‘Yes, it’s the round we were most scared of,’ says Roy Evans, a member of the legendary Boot Room team for 20 years before becoming manager. Mark Lawrenson would have rather exited in the first round than the last four. ‘At least that meant you were never in the mix, so there’d be no regrets’ he reflects.

Liverpool even had a name for those who lost one stage out from the final. ‘We called them nearly men,’ Jimmy Case relates. ‘Ipswich at the time were nearly men.’

Few have come to know more about this staging post of the European Cup. This is Liverpool’s tenth appointment there and though Manchester United have made it to 12, five of those came pre-1970, when the pool of first round teams was half the size.

Such an intimate acquaintance with that late April subliminal fear has equipped them to deal with it. ‘When you’ve been to a semi-final once you’ve known it and next time you’ll have it stored away,’ says Evans.

Results prove his point. Just once since the semi-final exit to Internazionale in 1965 have they fallen at the second-to-last fence – and even that elimination required penalties, against Chelsea in 2008.

The Anfield factor has also played its part in this absorbing relationship with the continent’s elite, of course. Arguably no British stadium creates a more febrile environment under lights for visiting sides. 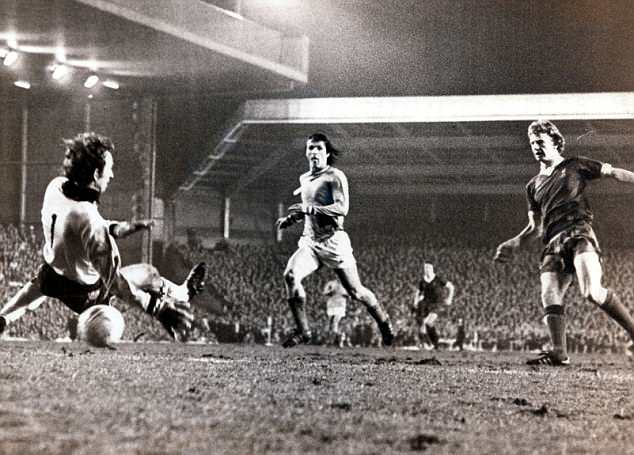 Some will tell you the 1977 quarter-final against St Etienne – when Liverpool needed two goals in 40 minutes and found them – was the supreme proof of that. 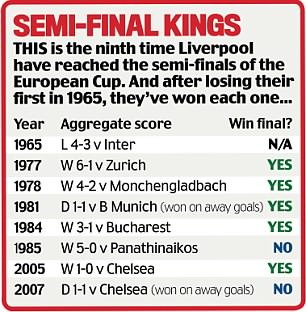 But Anfield fervour has become a self-fulfilling prophesy in recent years. Many swear blind that the 2007 Chelsea semi-final – one of the trio against that team in four years under Rafael Benitez – eclipses them all.

The less appreciated thread that runs through these decades of European glory is Liverpool pragmatism, especially away from Anfield’s lights.

It runs against the breath-taking ethos of Jurgen Klopp’s brand of football to say so, but the article of faith running through the triumphs of Bob Paisley, Joe Fagan and Benitez was game management: doing what was strictly necessary to progress. Just once since that defeat in Milan, 55 years ago, have Liverpool conceded more than a single goal in a European Cup semi-final away leg. They never, ever went hell for leather on foreign fields. 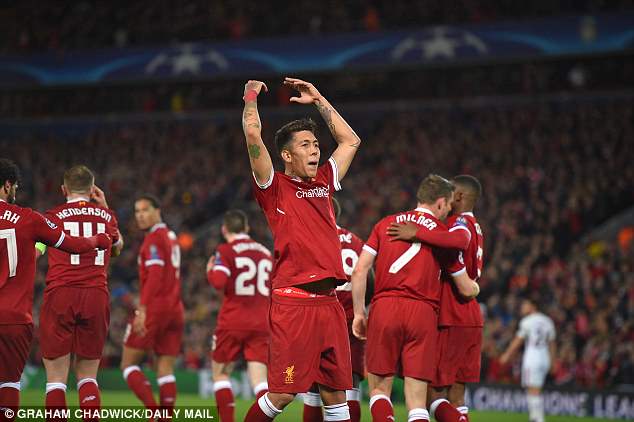 The reasons are rooted in the club’s early European adventures under Bill Shankly, whose sides held nothing back and were punished for it. The ’65 San Siro defeat was shrouded in controversy, with a very strong suspicion that referee Jose Maria Ortiz de Mendibil was bribed. But Liverpool were still cut open that night, and then against in the 1973 4-3 aggregate second round defeat to Red Star Belgrade – a seminal moment.

Paisley, who took over the following year, was so convinced that something more prosaic was required that Liverpool packed their midfield away from home and played a far narrower game of cat and mouse.

‘Kenny [Dalglish] would just drop into midfield,’ says Lawrenson. ‘He’d sit back and let Ian Rush forage up front. Kenny became an auxiliary midfielder. I’m not sure he had to be told. He just did it and with that brain of his, he could create from back there.’ 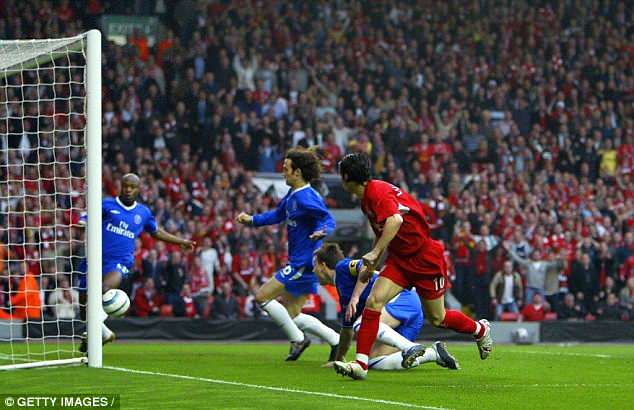 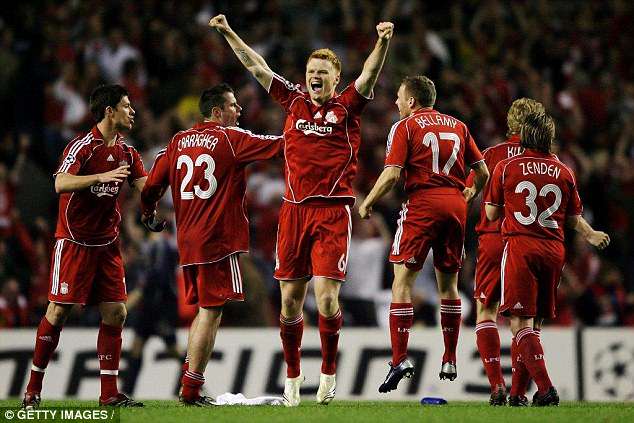 Cool heads were sometimes required. The stand-out semi for Lawrenson was the 2-1 win at Dinamo Bucharest in 1984. Graeme Souness had broken Lica Movila’s jaw in two places in the Anfield first leg, so let it simply be said that it was no bed of roses in Romania. Liverpool did not concede a single away goal en route to the final against AS Roma that year.

There was a gap of 20 years before Benitez restored Liverpool’s presence among Europe’s elite but he brought common sense, too. ‘That is certainly the link,’ observes Lawrenson. ‘Benitez also had that pragmatism.’

The Spaniard was more strategic and tactical, though. While Paisley and Joe Fagan barely discussed the opposition, Benitez was obsessed by them. In the 2007 semi-final, he figured he could overcome Jose Mourinho’s Chelsea through set-pieces. 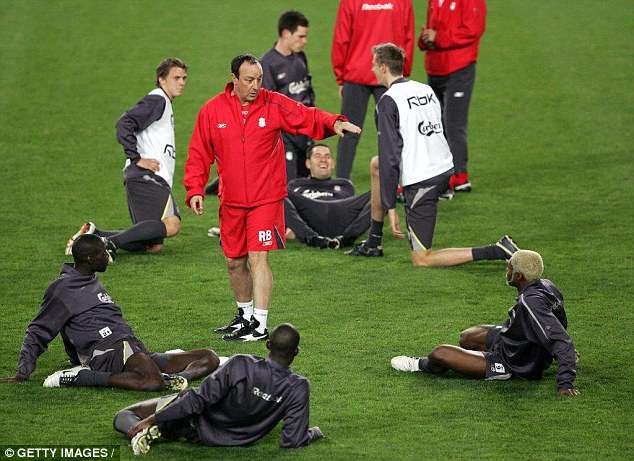 Calculating that Mourinho would be scouting Liverpool for three or four games beforehand, Benitez ‘hid’ his special pre-planned set-piece for weeks, saving it for Daniel Agger who scored from it when the sides met. 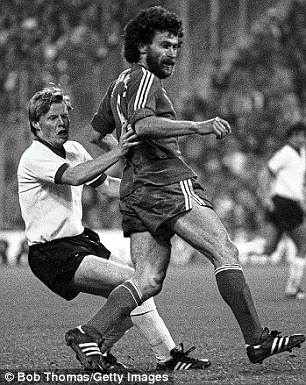 In the 2005 quarter-final against Fabio Capello’s Juventus at Stadio delle Alpi, Benitez made Xabi Alonso the hub of a 3-5-1-1 system in Steven Gerrard’s absence. But the team played the first two minutes in the 4-2-3-1, which Capello would have been expecting, before morphing to the three-man defence, which he didn’t appear to notice for a considerable time. The rest is history.

For Evans, the 1-1 draw at Bayern Munich in 1981 after a goalless draw at Anfield, surpasses all the other semis. Ray Kennedy struck the essential goal at a time when Bayern seemed invincible at their Olympiastadion.

It was one of the very few occasions when Paisley went in for man-marking, billeting a young Sammy Lee on the superstar Paul Breitner. An encounter between Lee and Breitner in the tunnel afterwards seemed to encapsulate how Liverpool, in their proletarian, no nonsense way, cut far grander clubs down to size. 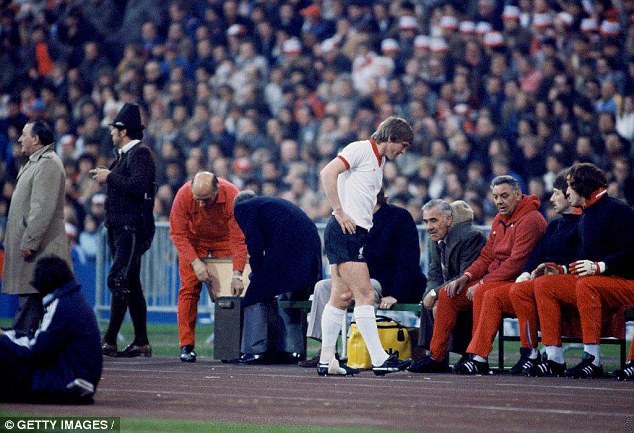 ‘Well played,’ said the German international, who’d just been marked out of the game by the Liverpudlian seven years his junior.

‘Thank you, Mr Breitner,’ replied Lee, as he walked past.

There are no signs that Klopp is about to change his attacking ethos in Stadio Olimpico on Wednesday night. ‘Our best form of defence is attack, so we will probably just do that again,’ defender Joe Gomez has said.

If this side progress to Kiev and lift a sixth European Cup, it will be European success of a kind Liverpool have never known before.