Inside Sydney’s Fortnite bunker: The five YouTube stars being paid to live and work in a $15million mansion in one of the country’s most affluent suburbs

For many Australians, a 14-hour work day is unthinkable.

But for five up-and-coming online gaming sensations, the toll of spending a long day in the office isn’t too bad at all – especially when their workplace happens to be a $15million mansion overlooking Sydney Harbour in affluent Darling Point.

A collaboration between US competitive video game giant NRG and management team Click brought the five content creators together in a gaming haven they call ‘Click House’.

But living within the walls of the lush five-storey mansion brings with it the pressure of never-ending work schedules and the need to remain relevant in a constantly changing online world. 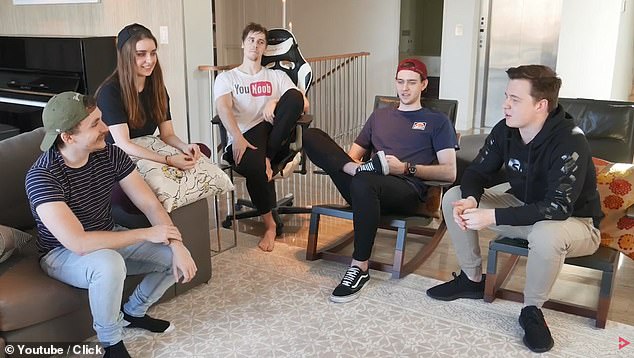 The quintet (left to right: Nathan Ryan, Kathleen Belsten, BazzaGazza, Marcus and Elliott Watkins) spend as many as 14 hours every day producing gaming content for YouTube

With its lavish interior and prime position, the home is an ideal place for the quintet of gamers to mold themselves from ‘gaming influencers into superstars’.

Elliott Watkins, 23, is one of the men behind what he calls a ‘cultural phenomenon’.

His game of choice is the most popular online battleground in the world, Fortnite.

With thousands of Fortnite videos uploaded to online streaming platforms on a daily basis, Watkins said it’s a grind to stay relevant.

‘It’s the nature of the beast. YouTube’s all about being current, being always engaging, you always have to be there… they could tweak the algorithm.’ 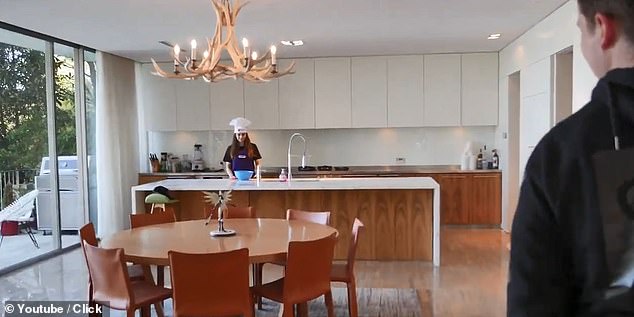 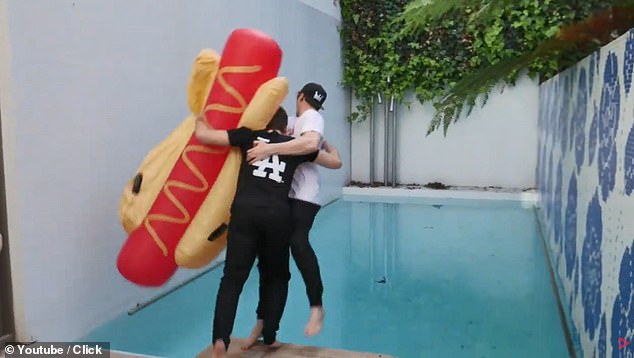 So, with a green screen at his back and Sydney Harbour just out the window behind his computer monitor, Watkins puts in 14-hour work days to consistently deliver quality videos.

Streaming to live audiences, compiling the best parts of a day’s work into small segments and then making previews for his videos takes over his life.

For Watkins, a working day starts at 10am and doesn’t end until his head hits the pillow at 2am.

Marcus, who goes by the online moniker of PrestigeClips, occupies the first floor of the mansion.

Out his window, yachts bob in and out of the water as he taps away at a keyboard for his nearly five million subscribers.

Kathleen Belsten, AKA Loserfruit, floods her YouTube channel with colourful Fortnite commentary videos. According to one of her clips, her gaming setup of monitors, microphones and computer cost $20,000. 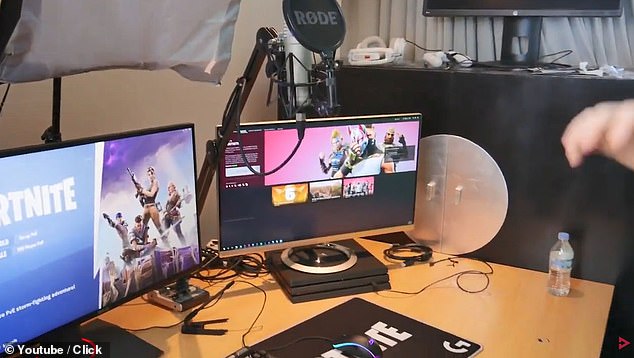 The gamers say the constant grind of uploading daily content, particularly Fortnite videos, takes up nearly all of their time 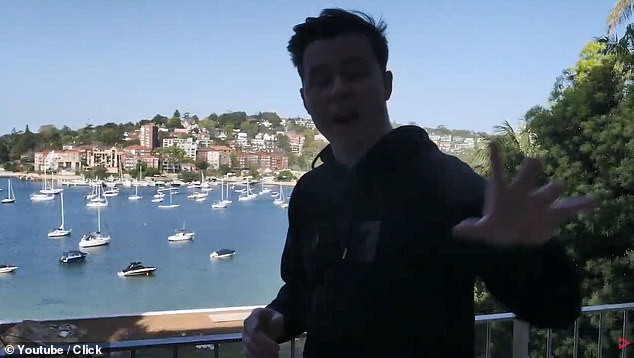 Crayator, whose real name is Nathan Ryan, sports a curled handlebar moustache. His gaming haven is the third floor of the mansion, overlooking the swimming pool.

Rounding out the team is self-proclaimed ‘mediocre player of player’ BazzaGazza, who streams the most popular game of the day for thousands of devoted fans.

Living in a $15million mansion is an extraordinary lifestyle for a group whose oldest member is just 23, but the constant demands of staying relevant online mean a 15-minute swim in their backyard pool frequently has to take a back seat.