The Future of Yammer: Where Is It Headed? 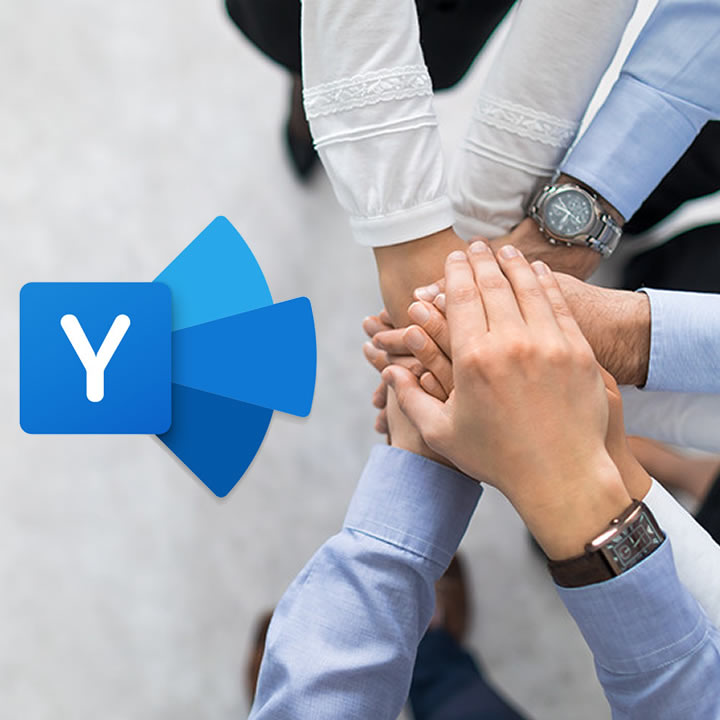 Enterprise social networks are growing in popularity. Yammer is one such service. This social networking tool is free to use and is designed to make work more social.

Yammer is a Microsoft product that is used to create business networks and connect people to share content. Microsoft acquired Yammer in 2012 and has repositioned the social network to better suit the needs of businesses.

Today, companies use Yammer to communicate privately within their organizations, as well as to build networks across organizations.

Do You Need Yammer if You Have Microsoft Teams?

The features that Microsoft Teams does have make the platform more suitable for teams with different specialties. The team is a messaging app that helps small groups of people to collaborate on projects.

Yammer is an enterprise social networking platform. Messages on Yammer are typically directed to a larger audience.

“Yammer is very different than Microsoft Teams from my point of view. Yammer is a platform that allows for a lot more users to get involved without necessarily having to be invited into a specific channel.

On the other hand, Microsoft Teams creates some exclusivity by having specific invites into channels”, said Ilan Sredni, CEO & President of Palindrome Consulting, Inc., a leading  IT services and IT support company in Hollywood, FL.

With Yammer, you can easily connect with your colleagues and leaders. In addition to posting and receiving messages, you can create communities and ask your co-workers questions.

You can also post polls to your network, and let others vote on their responses. In addition, you can announce new projects, events, and products that will benefit your company. You can also share important news with your team using Yammer.

Yammer was launched in 2008 as a social network for businesses but has experienced some struggles competing with the likes of Slack. Microsoft has decided to take a more hands-on approach with Yammer, which appears to be experiencing a small change in fortunes.

Microsoft has introduced new features and updates, including integration with Microsoft Teams, which will help make Yammer more appealing to larger companies.

Microsoft is also looking to improve the experience for business users with a new UI and more communication tools.

“Microsoft has recently begun to dedicate more resources to further the development of Yammer, the social media platform that businesses can leverage to collaborate internally.

Recently, new additional features such as polling, conversations & hashtags, posting on behalf of other users, and integration within Microsoft Teams, SharePoint, and Outlook were added.

As Microsoft continues to refine Teams, they will continue to emphasize Yammer to round out their suite of internal collaboration tools”, said Kenny Riley, Technical Director of Velocity IT, a leading provider in the IT Services market in Dallas, Texas.

The new Yammer experience is much more mobile-friendly. It offers a responsive experience, and users can post messages without leaving the network.

They can even switch between internal networks. Both admins and end users can mute communities, which makes it easier for teams to communicate. In addition, the new Yammer inbox feels a little like Facebook five years ago.

One of the most notable improvements to Yammer was a new design in November 2018. The new Yammer features a Fluent Design System and integrates with Microsoft Teams. The new interface also features an M365 Native mode that was integrated into Yammer in 2020.

The updated version of the app has many of the features that users of the platform wants. Instead of having multiple communities for different teams, employees can use groups to find people in the company. A group can also be a good place to share files.

Whether you’re trying to decide between two or four employees, this new social networking tool is a must-have.

The Future of Yammer

The interest in Yammer continues to increase because more are taking the time to learn the differences between Yammer, Microsoft Teams, and other Microsoft applications.

The clarity is helping drive adoption, and businesses and organizations are gravitating towards Yammer for a variety of reasons. From business leaders to personnel to large communities, more people are beginning to understand the impact of Yammer.

Microsoft still faces the challenge of gaining additional momentum for Yammer, given the heavy focus on Microsoft Teams and a greater shift towards team communication and collaboration.

Even so, the recent efforts by Microsoft should reassure Yammer users that it is not giving up on the app and that there remains a future for Yammer. This shift in Microsoft’s strategy has been an effort to focus on what Yammer does best – community building, knowledge sharing, and engagement.

Today, companies must be able to tap into the collective knowledge of their employees.

To do this, they need an easy-to-use platform that doesn’t require any training or setup time. Workplace engagement is crucial to this process, and the traditional bulletin board is simply not enough.

Yammer seems to be the right tool for the job. In addition to the benefits for businesses, it also provides a quick and seamless experience for employees who want to share ideas.

Yammer users have been waiting a long while for the new improvements that have been made to Yammer. Combined with the improvements to Microsoft Teams, there are some exciting developments taking place across the entire Microsoft 365 Suite.