The Glastonbury Experience review: The BBC has gone retro-Glasto to celebrate 50 years

From Adele in 2016 to David Bowie in 2000: The BBC has gone retro-Glasto with The Glastonbury Experience to celebrate the festival’s 50th birthday

This weekend, the world’s greatest festival should have turned into a giant 50th birthday party, with Paul McCartney and Diana Ross as guests of honour. It wasn’t to be, but then the 50th always was a bit of a fudge.

Glastonbury missed most of the 1970s and has had several fallow years since – a concept everybody now understands rather too well.

To fill the gap, the BBC has decided to go retro-Glasto. It’s billing it as The Glastonbury Experience, so I trust you’ve bought some veggie-burgers and flooded the lawn. 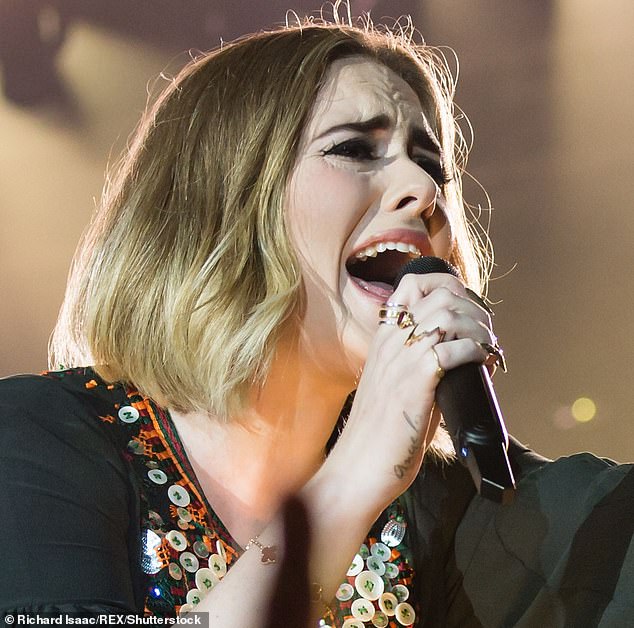 The 2016 festival was all about Adele (above), Britain’s biggest pop star of this century. She came, she swore, she conquered

The bill, as in real life, is almost too good. There’s Amy Winehouse, the Arctic Monkeys, Beyoncé, Billie Eilish and Blur, and that’s just the As and Bs. Best of all, there are full headline sets that were broadcast only fleetingly at the time.

Three of them are pieces of history that I was fortunate enough to witness. Last year Stormzy became the first black British solo artist to headline the Pyramid Stage. He had to be good and he was – alternately seething and tender.

His outfit, a stab-proof Union Jack vest by Banksy, went straight to the V&A, which is joining in the fun this weekend (vam.ac.uk/glastonbury).

The 2016 festival was all about Adele, Britain’s biggest pop star of this century. She came, she swore, she conquered.

In 2013 the Rolling Stones played Glastonbury for the first and probably last time. A month before turning 70, Mick Jagger gave a masterclass in working a crowd.

The set I kick myself for missing is David Bowie’s from 2000. It was packed with crowd-pleasers, but still creative: Let’s Dance began as a forlorn ballad before finding its way back to funk.

From Starman to Ashes To Ashes, Bowie was out of this world.