The horrifying reaction of a woman facing a giant spider

The summer heat has forced some creepy crawlies to venture indoors in the search for cool and shady places.

One Bondi couple, and their curious cat, encountered just such an intruder in the form of a huge huntsman spider in their home on Thursday.

A video, uploaded to Instagram, shows the cat perched atop some furniture and pawing at the spider on the ceiling.

It seemed like a harmless scene until the terrifying creature made a very sudden break for freedom.

A video, uploaded to Instagram , show a cat chasing what appears to be a massive huntsman spider – also known as giant crab spider 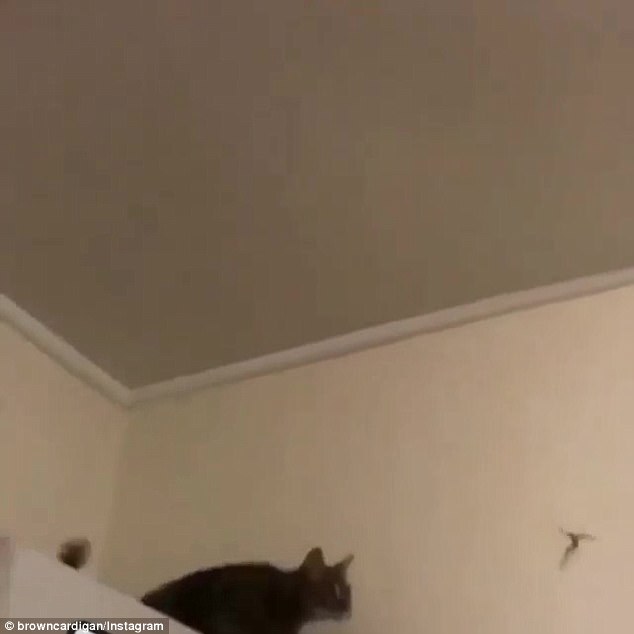 Being attacked by the protective cat, the spider jumped from the wall, causing the horrifying reaction of the woman filming.

The spider rapidly scuttled from ceiling to wall and then fell toward the floor, triggering a horrified reaction from the woman filming.

The video went viral in just a few hours, with more than 60.000 views on the Instagram page, and a few comments from followers sharing the couple’s distress.

Some of them thought it would be a good idea to ‘install a cat’ for protection.

‘The only thing a cat would be good for,’ said another.

‘At least he tried to help,’ posted another viewer in tribute to the cat.

The moment was shared on the social media on the account Browncardigan.

The man behind the Instagram page described the terrified owners as a ‘Coupla pussies’, mocking their reaction.

Huntsman spiders are often found in temperate areas and can be found in homes as they feed on insect pests such as cockroaches.

While they usually only bite in self-defense and are not life-threatening, the spiders are feared both for their size and the rapidness of their movement. 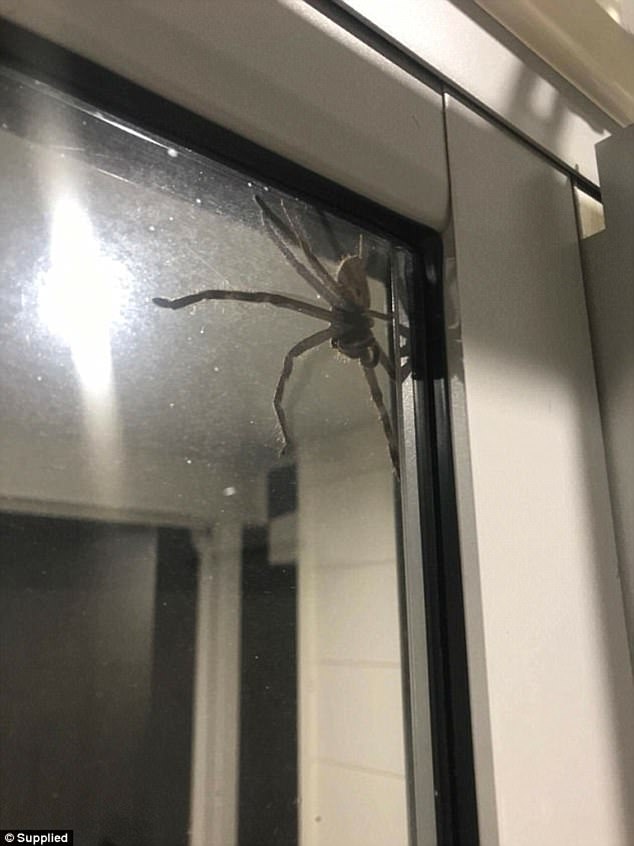 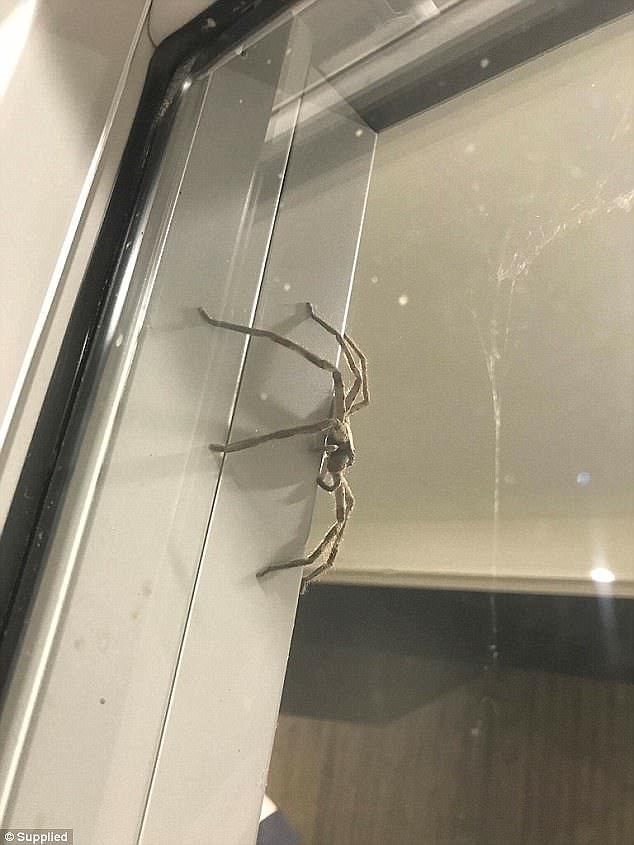