‘The hospital bag is packed’: Pregnant Binky Felstead celebrates last weekend as a family of three

‘The hospital bag is packed!’: Pregnant Binky Felstead poses NAKED to show off her baby bump as she celebrates the ‘last weekend as a three’ at staycation in Sussex

She is set to welcome her second child, a baby boy, with fiancé Max Darnton.

And Binky Felstead shared a snap of her 39-week-old bump on Instagram on Saturday as she counted down the days until they became a family of four.

The former Made In Chelsea star, 30, posed naked in a mirror selfie during a staycation in Sussex with her fiancé Max and daughter India, three, whom she shares with ex Joshua Patterson.

’39 weeks’: Binky Felstead shared a snap of her 39-week-old bump in a naked mirror selfie  on Instagram on Saturday as she counted down the days until they became a family of four

Binky protected her modesty with her right arm and let her long brown hair cascade around her shoulders.

In another snap, Binky cuddled India and wrote: ‘We have brought India back to Sussex, where I grew up – the hospital bag is packed and in the back of the car… just in case.’ 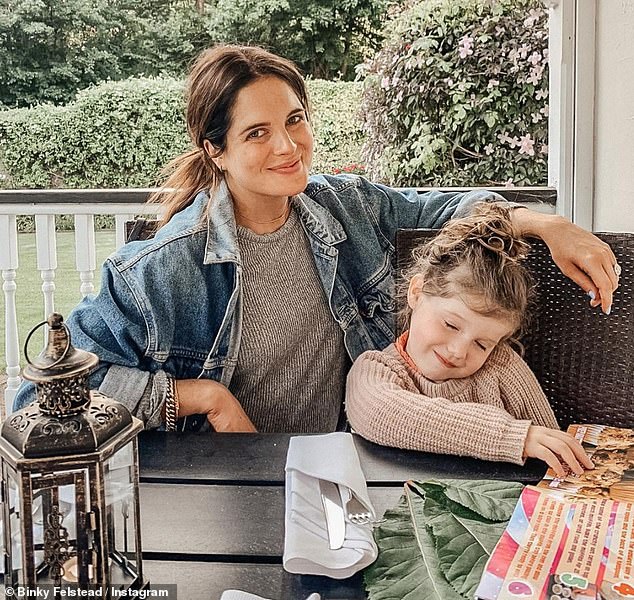 Cute: Binky Felstead shared a sweet snap with her daughter India as they celebrated their ‘last weekend as a three’ with her fiancé Max Darnton on a staycation in Sussex

She continued: ‘It was so nice bringing her to the hotel I used to work at as a waitress & we sat at the table Max & I sat at for dinner the day he proposed.

‘Means so much and is so important coming back to where I had the most amazing childhood .. find it so grounding & love the fact Max ‘gets it’ – he knows to get me back every so often!

‘Got such a gorgeous weekend planned – let’s just hope the little guy is snug & pretty content staying in there until we are back in London!’

The excited posts come after Binky revealed earlier this month that she’s nervous her three-year-old will ‘feel out of place’ when her little brother arrives.

Speaking candidly to her followers on her Instagram stories, she said:  ‘It’s beginning to set in that our little dynamic is going to change.’ 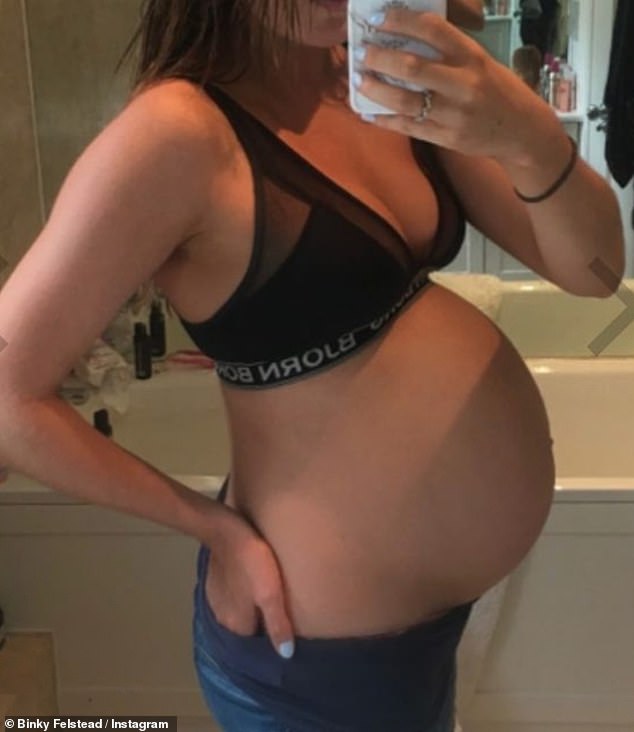 ‘Very different shape bump with India’: The reality star also shared a throwback picture of when she was pregnant with her daughter to compare her different pregnancies

‘[India might feel] that mummy isn’t giving her the undivided attention she’s been used to her whole life even though I’m going to do everything in my power to make sure she doesn’t feel any of this, but we are all human and there is no “perfect mummy” handbook.’

The doting mother also confessed that ’emotion was starting to creep in’, but suggested it may be down to hormones.

She continued: ‘Emotion now beginning to creep in which is probably due to feeling pretty tired, not to mention those pesky pregnancy hormones.’ 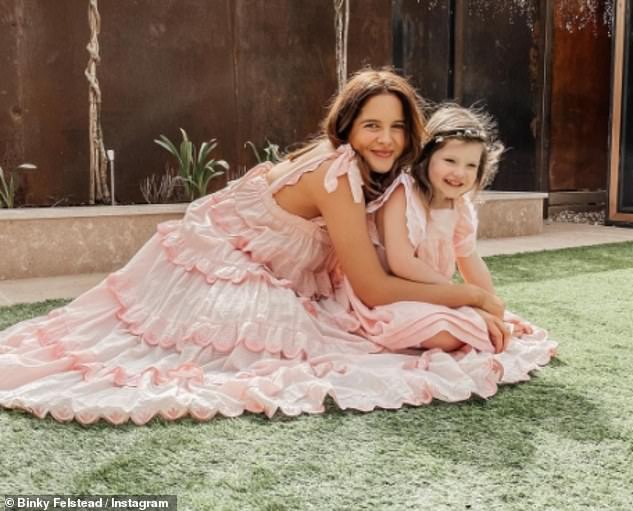 Mother-daughter-duo: The trip away comes after Binky revealed earlier this month that she’s nervous her three-year-old will ‘feel out of place’ when her little brother arrives

Asking fans for advice, Binky went on: ‘Nevertheless these are all SUCH NORMAL emotions I know – and I’m ready for the next chapter! So come on Mummys of 2, 3, 4 etc ….. advice is ALWAYS welcome.’ [sic]

Binky announced she was expecting her second child back in December.

While she co-parents India with her ex and former Made In Chelsea co-star Josh, she will welcome her baby boy with her fiance Max.

The reality star announced she and Max were engaged last September after 19 months of dating. 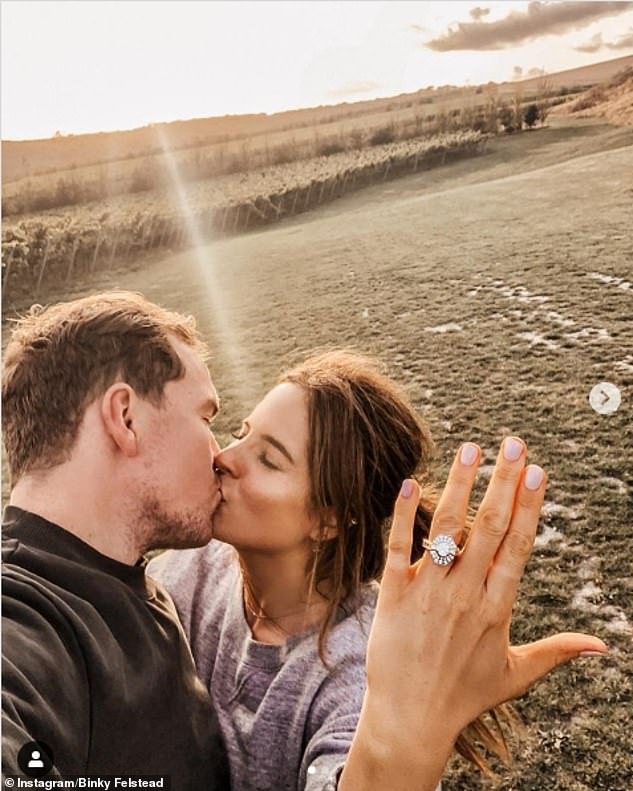 Husband and wife to be: Binky will welcome her baby boy with her fiancé Max who she became engaged to last September after 19 months of dating