The hottest place on EARTH: Australia sweats through scorching heatwave

Australia is currently the hottest country in the world, taking nine of the top ten spots for global towns and cities in the last 24 hours.

Eucla in Western Australia was the hottest place on earth on Monday, hitting a high of 45.6C.

The only location outside Australia to make the top 10, was Ondangwa in Namibia, where temperatures soared to 44.5 degrees.

Forrest in Western Australia wasn’t far behind at 44.4C and Nullarbor, also in SA, saw a maximum of 44.1C.

Australia is currently the hottest country in the world, taking nine of the top ten spots for global towns and cities in the last 24 hours

The remaining nine hottest places in the world on Saturday were all in Australia.

Adelaide residents have sweltered through the night as a heatwave peaking across southern Australia fries several capital cities and inland areas.

Heatwave warnings have been issued for South Australia, Victoria, Tasmania, NSW and isolated parts of Western Australia with temperatures 8C to 16C above average.

Adelaide notched 38C before 11am on its way to a forecast maximum of 40C. The city sweltered through a night where the mercury sank only as far as 27.4C.

That kind of night is on the cards for Victorians, with the temperature not expected to fall lower than about 26 degrees, the state’s hottest night in four years.

Meanwhile, most of Tasmania, including Hobart, is due to join Flinders Island in reaching over 30C on Tuesday. 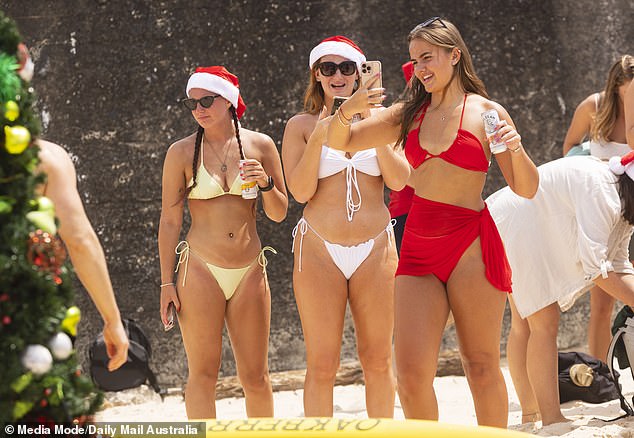 Much of inland NSW is headed for maximums between 35C and 40C but coastal breezes will stop Sydney’s CBD from recording its first 30C day since February 21.

While some welcome sweltering conditions, severe heatwaves can be dangerous, particularly for older people, babies, children and pregnant and breastfeeding women.

In Victoria, extreme heat kills more than any other natural disaster.

‘It’s simple: never leave your kids alone in a car – the consequences can be deadly,’ Gabrielle Williams said on Tuesday.

Dogs shouldn’t be walked during the hottest parts of the day or left to trod on any hot surface, it said.

‘If you cannot hold the back of your hand on the surface for five seconds, then it’s too hot for your dog’s paws,’ RSPCA SA said in a statement.

While Melbourne and Victoria’s north and west are expecting tops between 37C and 41C on Tuesday, a cool change forecast to sweep through the state on Wednesday will bring rain and wind gusts of up to 90km/h across elevated areas.

Damaging winds and severe thunderstorms could pose a risk, the Bureau of Meteorology says. 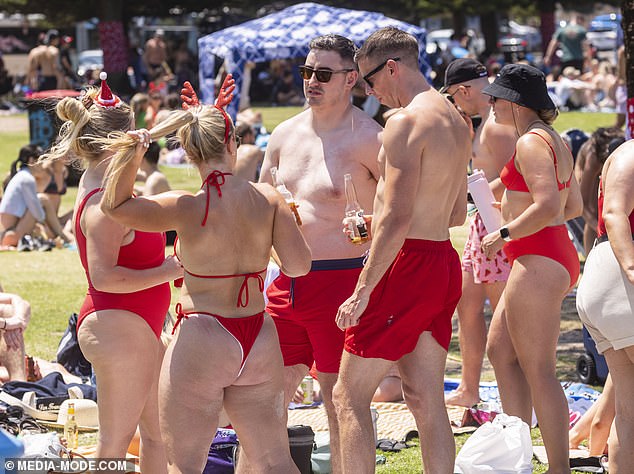 ‘We do have high fire danger ratings in the Mallee, Wimmera and northern country fire districts today and tomorrow with those hot temperatures and those increasing winds,’ the bureau’s Christie Johnson told reporters on Tuesday.

‘So that’s something we would want people to be really careful about.’

Further north, a severe weather warning remains in place for the Northern Territory across parts of the Barkly and Simpson districts.

The slow-moving ex-tropical cyclone Ellie is bringing rainfalls totalling up to 300mm for some areas east of Tennant Creek, raising concerns of flash flooding.

Kalkarindji on the Buntine Highway copped 60mm of rain in 30 minutes to 1.32am on Tuesday.

‘Although the system is forecast to temporarily weaken today, heavy rainfall and thunderstorm activity is expected to continue,’ a BoM statement said.

WHAT THE WEATHER WILL BE LIKE IN YOUR CITY