It can sauté vegetables in five minutes, cook a whole chicken in 20 and even make yoghurt – so it is no wonder the Instant Pot has found its way to the top of shoppers’ lists.

The multipurpose cooker which promises to revolutionise cooking and boasts an online cult following has already sold out in the UK and across Europe.

It even has its own Facebook group with close to one million followers with fans calling themselves ‘potheads’.

The speed in which it can cook and its safety features mean it can be left to its own devices – allowing busy people to cook healthy meals.

Instant Pot’s viral success is said to be the main driving force behind the rise of multicooker sales in the past year which had skyrocketed by 79 per cent to £225m worldwide.

It is a modern adaption of the traditional slow cooker which became popular in households in the 1970s.

It can function as a pressure cooker, slow cooker, rice cooker and steamer making it the best-seller on Amazon.

Behind the product is CEO and founder Canadian software-engineer Robert Wang, who has built the business with little marketing and an obsession with improving the product.

Mr Wang, who has a PhD in computer science with a specialty in artificial intelligence, keeps three Instant Pots running at his house at all times.

‘We did lots of takeout, fast food, and we know that is not good enough for our children. 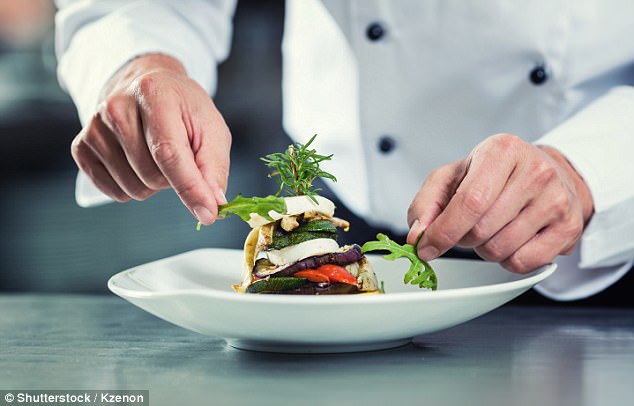 ‘So that is why we were thinking, “What if there is a machine which is smart enough, which can automate the entire cooking process for us, so that we can fix dinner when we come back from work,”’ he said in a previous interview.

He says he’s read almost all of the tens of thousands of reviews on Amazon looking for ways to improve the Instant Pot.

‘Those are the reviews that will point out the short comings of the product and give us insight to improve the products.

‘Every 12 months to 18 months, we introduce the next generation of Instant Pot incorporating feedback from our real customers,’ he added.

Today there are 10 versions of the Instant Pot costing from around just £70.

‘This is simply the best kitchen gadget to ever exist in the history of ever,’ said one reviewer on Amazon where the product is ‘currently out of stock’.

Mr Wang modelled the Instant Pot in part on the iPhone, giving it a range of sensors and capabilities.

He aimed to put one in every kitchen but his company Double Insight, based in Ottawa, Canada, could not quite keep up with this year’s Christmas rush.