The Australian Bureau of Statistics has revealed the best job positions for anyone waiting on a pay rise after grim forecasts about future wage growth.

A recent speech by RBA assistant governor Luci Ellis concluded that most Australians probably won’t be seeing any serious wage rises until 2020 at the earliest, News.com reports.

This is the result of what Ellis calls ‘spare capacity’ in the labour market: essentially, unemployment is so high that employers have no real incentive to increase salaries.

But it’s not bad news for everyone, with industries suffering from labour shortages likely to increase wages sooner in order to attract more workers.

The ABS data shows perhaps surprisingly that some of the most promising industries for wage increases include healthcare, education and finance.

Those with less chance of increasing include mining and transport. 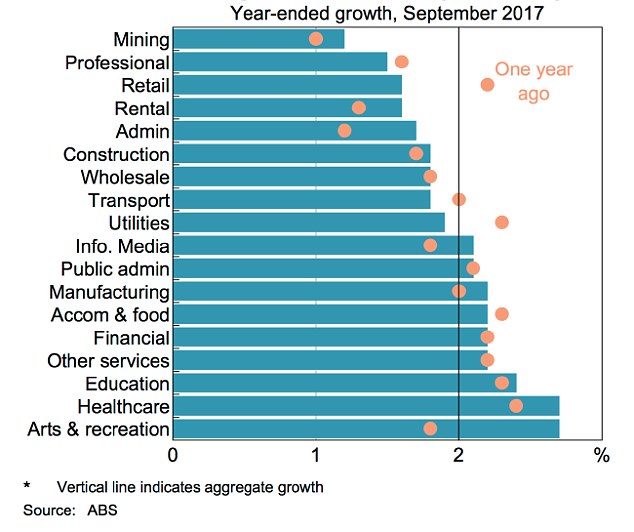 The Australian Bureau of Statistics, meanwhile, has revealed the best jobs in terms of prospective wage growth 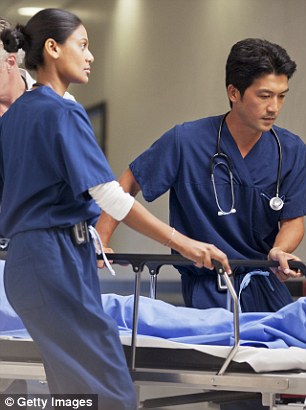 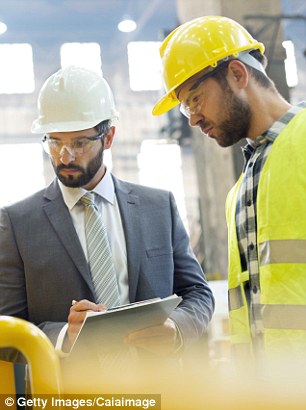 Healthcare is among the more promising industries, while mining, transport and construction are looking less encouraging

WINNERS: People employed in the arts, healthcare, and education can expect to see an increase in wages before 2020

LOSERS: Those working in the mining industries, retail and admin are likely to see their salaries remain the same

Ellis states that: ‘We shouldn’t expect labour shortages to appear everywhere at the same time.

‘What happens instead is that they turn up in a few pockets of the labour market, then a few more, and gradually become more widespread as conditions tighten.’

Overall, the hope is that unemployment will decrease and labour shortage will increase in most industries over the next few years, in turn bumping up wage growth.

If RBA’s projections are anything to go by, however, many Australians could be waiting a little while for that to happen.