The joys of a Danube cruise revealed

The forested hills of Austria to the west, the plains of Hungary to the south east and, below, the red roofs of the capital of Slovakia reaching down to the snaking river.

The panorama from Bratislava castle, high on a foothill of the Small Carpathian Mountains, was tremendous.

That moment, with three countries within my gaze, summed up the beauty of a Danube river cruise.

The Danube, pictured, flows nearly 1,800 miles from the Black Forest to the Black Sea, through ten countries and four capital cities – Vienna, Bratislava, Budapest and Belgrade

A sleek, modern riverboat brings the sights to you. Capital cities, historic towns, villages, rolling vineyards and cliff-top castles – I enjoyed them all in a week sailing from Budapest to Passau in Germany.

The Danube flows nearly 1,800 miles from the Black Forest to the Black Sea, through ten countries and four capital cities – Vienna, Bratislava, Budapest and Belgrade. On its banks there are the marks of thousands of years of history, millions if you include rock formations such as the dramatic Iron Gates Gorges, wending for 80 miles and forming part of the border between Serbia and Romania.

With such a variety of cultures and landscapes, it is little wonder there are scores of river vessels offering itineraries of a few days to three weeks.

Sailing from Budapest at dusk was a magical sight, heightening the spirit of anticipation on the top deck as we embarked on our adventure upstream, a fitting departure after two days’ ticking off the must-see sights of Heroes’ Square, Matthias Church and Central Market Hall packed with local produce and packets of paprika.

And there was enough time for an adventure in the exotic, Art Nouveau Gellert baths, joining the locals in their favourite relaxation: wallowing in the thermal waters and having a chat. 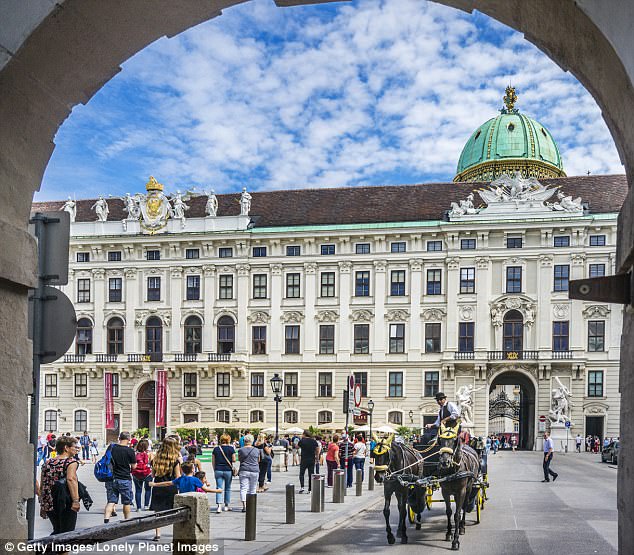 The following morning, we woke up in Bratislava moored only a couple of minutes’ walk from the Old Town, filled with baroque palaces and modern sculptures. Up at the castle, our guide said that although Brati- slava became one of Europe’s newest capitals in 1993 when Slovakia gained independence, the city’s roots are ancient and it had been the headquarters of the Hungarian monarchy for 300 years until 1830.

It is only 55 miles downstream from Bratislava to Vienna, a journey that would take an hour by car, but after a night’s voyage, the new day dawned in yet another country for us.

With two days in the Austrian capital, we had plenty of time for organised sightseeing, independent exploration and a concert of Mozart and Strauss. 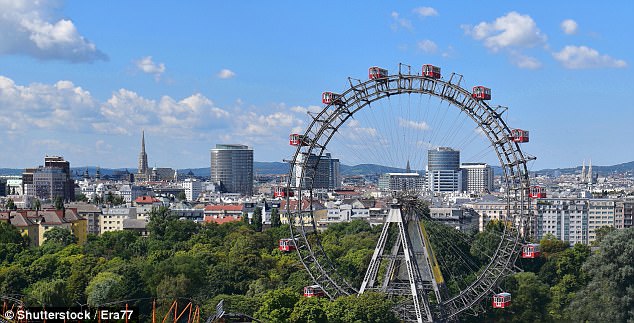 On our first morning we saw the grand buildings on the Ringstrasse and took a guided tour of the National Library in the Hofburg Palace complex. It was an easy walk from our mooring place to Prater park where I took a ride on the Riesenrad Ferris wheel, famous as a location in The Third Man film.

A lazy afternoon later I would catch sight of groups of cyclists pedalling the 19 miles along the riverside path to Melk, where we had an early evening visit to the glorious Baroque Abbey.

As I stood surveying the sparkling river from the abbey’s terraces, I reflected on the journey and made myself a promise that I would return.