The joys of a ‘singing holiday’ in Venice

The church of San Trovaso in Venice is just the kind where the choral works of Italian composers from Monteverdi to Scarlatti were intended to be performed.

Just a short stroll from the breezy Giudecca Canal, it is an imposing Renaissance building that’s distinct for its two identical facades – one on the south side and one on the east. This was so that Venice’s rival working-class factions, the Nicolotti and Castellani, who battled for centuries, could each have their own entrance of equal importance.

Its cavernous interior boasts four works by Tintoretto and its vaulted ceilings allow the mournful phrases of a Miserere Mei to linger and fade – the perfect setting for the concert which will be the culmination of my four-day singing holiday.

Lizzie Enfield went on a four-day singing break in Venice (above), forming a 40-strong choir with other holidaymakers

Choral singing, with its intense breathing in close proximity in confined spaces, became a high-risk activity during the pandemic, so it was one of the last to come back – but back it is. So what better to way to celebrate the simple joy of singing with others than on one of the dedicated holidays on offer.

You could sing songs from The Sound Of Music in Salzburg or folk tunes with The Unthanks in Croatia (singingholidays.com), perform the Messiah in the Royal Albert Hall with The Really Big Chorus (trbc.co.uk), or belt out Songs From The Shows on the South Downs (hfholidays.co.uk).

There’s a world of trips out there to suit all tastes and talent levels.

I am in Venice on the Glory Of Venice trip organised by specialist holiday firm Run By Singers. To join, it is a requirement that you can sing and read music, and I can tick both of those boxes. Sort of…

At this point, the Catholic in me needs to confess: I’ve not sung in a choir since I was at university, more than 30 years ago, and my music reading is so rusty that it may have corroded entirely. And over the next few days I will form a choir with other holidaymakers and sing music by composers with Venice in their veins: Banchieri, Foggia, Croce and even Stravinsky. 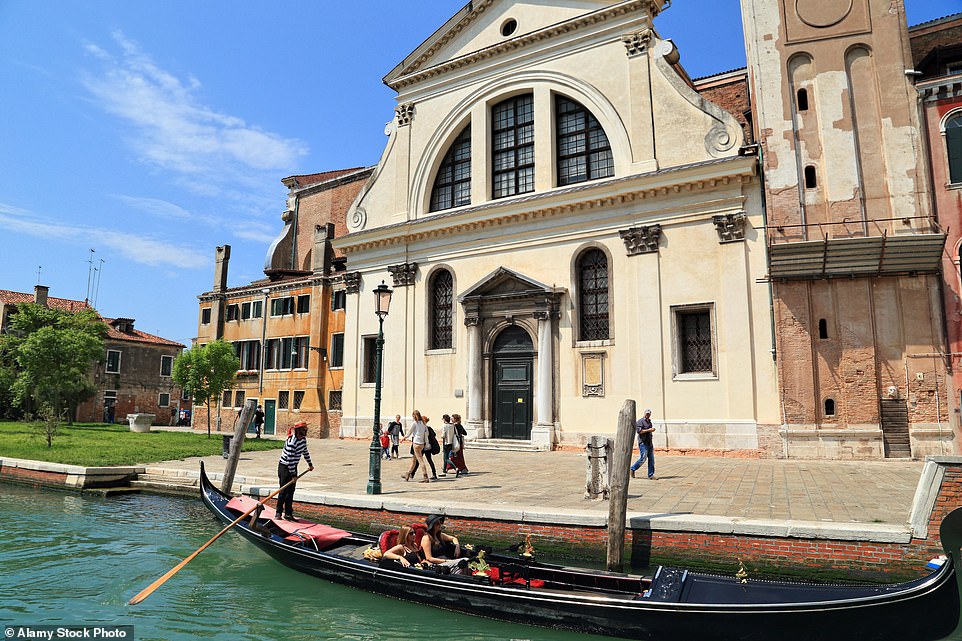 Finale: On the last night, Lizzie and her group performed before churchgoers and tourists in the San Trovaso church (above). She described the building as ‘just the kind where the choral works of Italian composers from Monteverdi to Scarlatti were intended to be performed’

After checking in to the Don Orione Hotel, a former convent with simple but surprisingly capacious rooms overlooking the cloisters, I meet my fellow choir members over dinner at the nearby San Trovaso restaurant. They have come from near and far: the United States and Canada, Hungary and Belgium, as well as the UK.

Many talk excitedly of previous trips with Run By Singers and performing in iconic buildings such as the Hallgrimskirkja in Reykjavik and the Sagrada Familia in Barcelona. These venues are one of the big draws – that and tutelage of professional choirmasters taking time off to conduct, cajole and shape a group of disparate singers into a polished harmonious choir.

Our choirmaster is Scottish maestro Rory McCleery, a soloist and consort singer who gives TV choirmaster Gareth Malone a run for his money. Appropriately for our surroundings, Rory has the patience of a saint as well as the enthusiasm of a zealot. But he also has the greatest capacity for analogy I have ever encountered: ‘Don’t rush ahead like the furry-hatted fellows in the Charge of the Light Brigade,’ he warns. ‘Try not to sing the way William Shatner speaks.’ 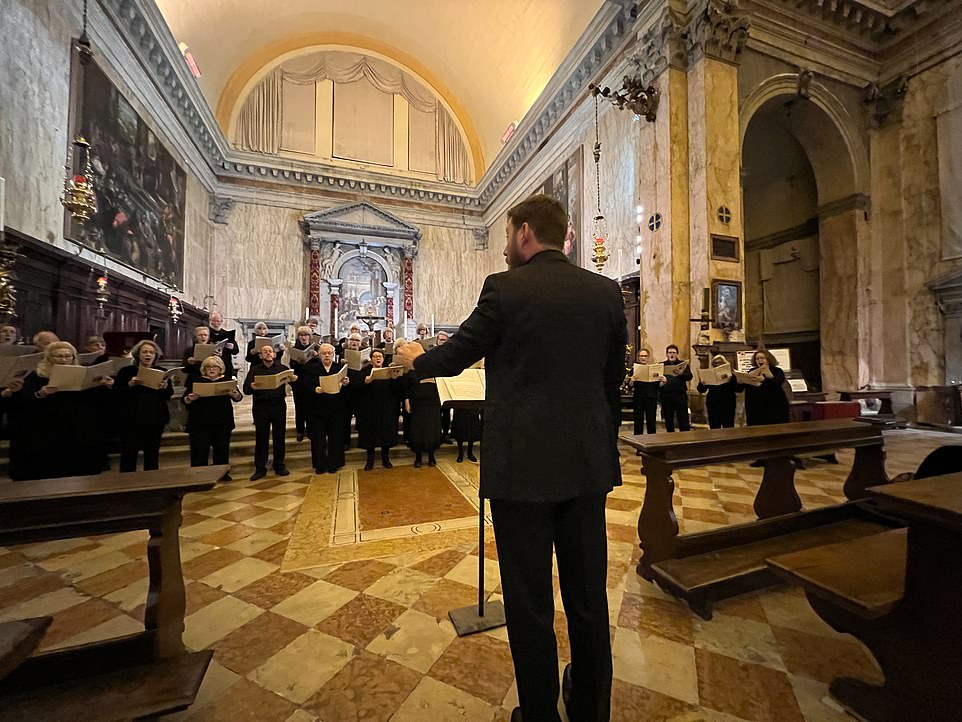 Lizzie’s choir under the tutelage of their choirmaster, Scottish maestro Rory McCleery, ‘who gives TV choirmaster Gareth Malone a run for his money’

He finds a multitude of ways to make us go over the notes and phrases and has the good teacher’s trick of offering praise in place of criticism: ‘Sopranos, that was fantastic – so wonderful I’d like to hear it again.’ We know we are woefully off-key, but who wants to hear that while on holiday?

At our first rehearsal, I am afraid I may be the weakest link. I have to focus so hard on differentiating my crotchets from my quavers that by the end, I am ready for a lie-down. But there is only time for a quick waterfront coffee and we are back for two more sessions. It’s hard work, but it’s deeply rewarding as the days pass, the notes become familiar and the music takes shape.

We had the afternoons off to enjoy the non-musical glories of Venice too – to marvel at St Mark’s Square, get lost in the twisty alleys, meander alongside minor canals and spend an afternoon with Old Masters at the Accademia. Not forgetting to sit with a plate of pasta and an Aperol spritz, watching the world go by. 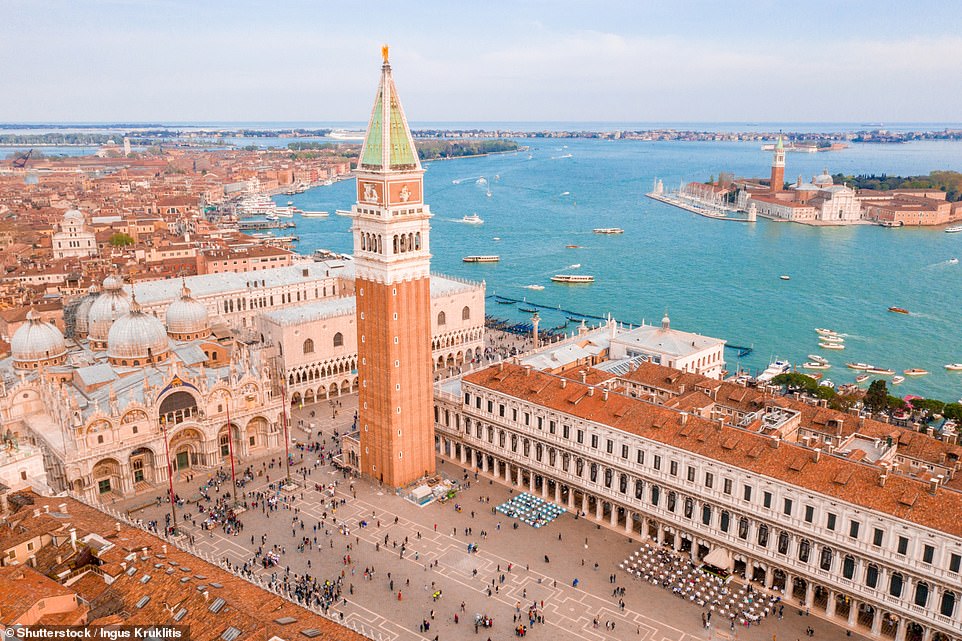 ‘We had the afternoons off to enjoy the non-musical glories of Venice too,’ says Lizzie, who used the time to marvel at St Mark’s Square (pictured) 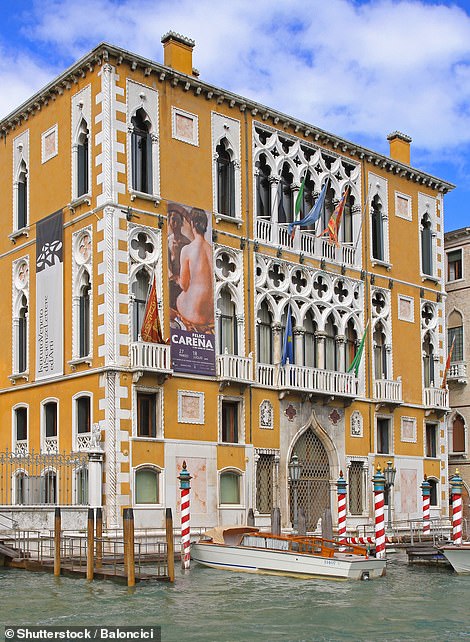 My fellow singers – there are about 40 of us on the trip – are a mixed bunch: a few couples, some friends from choirs back home and others, like myself, who arrive on their own.

But the nature of the trip creates a great sense of camaraderie. There was always someone suggesting lunch or a gondola ride.

On our last evening, we stood in front of the altar of San Trovaso looking out on to an eager audience of churchgoers and tourists who had been tempted in by our varied programme of Italian music in a city where The Four Seasons is played with such regularity that its appeal begins to pale.

As we gathered afterwards for prosecco and antipasti, united by our joint endeavour and a bursting sense of achievement, we felt like a group of old friends.

I have visited Venice many times. It’s a place that never fails to capture the imagination in the way it captured those of numerous composers over the centuries.

But singing their music in the setting for which it was written, hearing it soar and seep into the fabric of the building and echo back through the ages, made this the most awe-inspiring visit yet.

Lizzie Enfield travelled as a guest of Run By Singers. The Glory Of Venice holiday costs £895pp for four nights’ B&B and two group meals (runbysingers.org).