The Kid Laroi brought Sydney hip hop group ONEFOUR out onto the stage at his Sydney show on Friday, for their first performance on a proper stage since 2019.

OneFour performed their collaboration with Laroi called My City, at his End of the World show, before performing their hits Shanks and Shivs and Spot the Difference.

The drill rap artists – a genre defined by themes of violence, killing, and death – made headlines in 2019 after their national tour was shutdown by police due to safety concerns.

Controversial group: The Kid Laroi brought controversial Sydney hip hop group OneFour out on stage at his Sydney stadium show on Friday (pictured) – after police shut down their concerts back in 2019 due to safety concerns

Laroi, 18, whose real name is Charlton Howard, posted to his Instagram Stories on Saturday to thank the group.

‘@onefour_official this was a very special moment for the city. Thank you for joining me,’ the 18-year-old Australian-born rapper captioned video footage from the show.

Earlier this year, OneFour rapper Pio Misa, 21, or ‘YP’ as fans know him, launched a solo single after being released from a two-year prison stint for bashing a man with a chair leg. 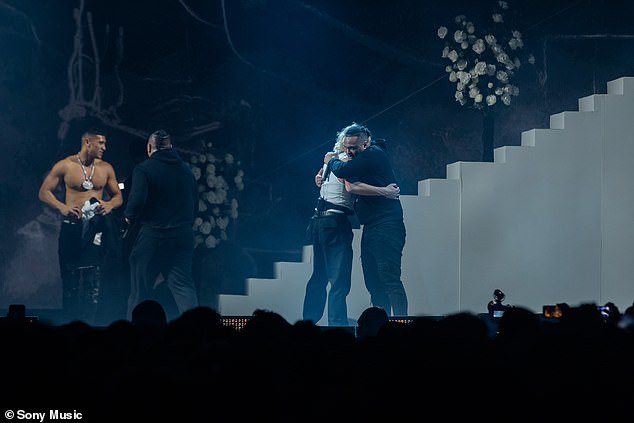 Guest act: OneFour performed their collaboration with Laroi called My City, before performing their own hits, Shanks and Shivs and Spot the Difference 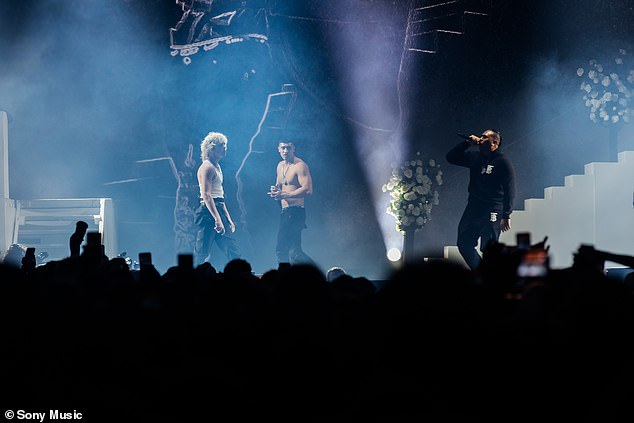 Headlines: The drill rap artists – a genre defined by themes of violence, killing, and death – made headlines in 2019 after their national tour was shutdown by police due to safety concerns

Misa was jailed following the mass brawl that erupted in the pokie room in a pub in Sydney’s western suburbs in 2018.

The notorious group has reunited to make new music which will no doubt cause a stir in the shadow of their high-profile careers.

The drill rap artists – a genre defined by themes of violence, killing, and death – made headlines in 2019 after their national tour was shutdown by police due to safety concerns. 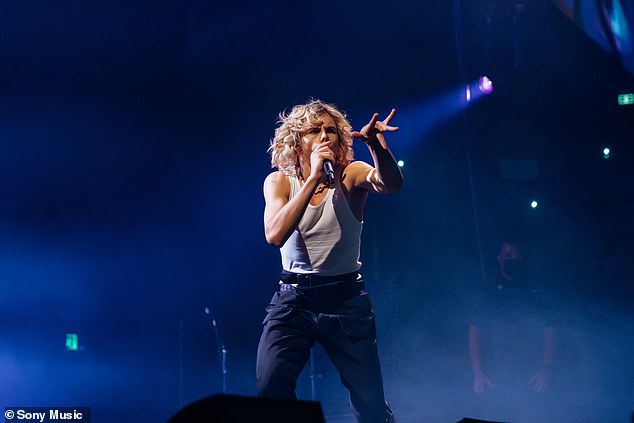 Grateful: Laroi, real name Charlton Howard (pictured) posted to his Instagram Stories on Saturday to thank the group for joining him on stage 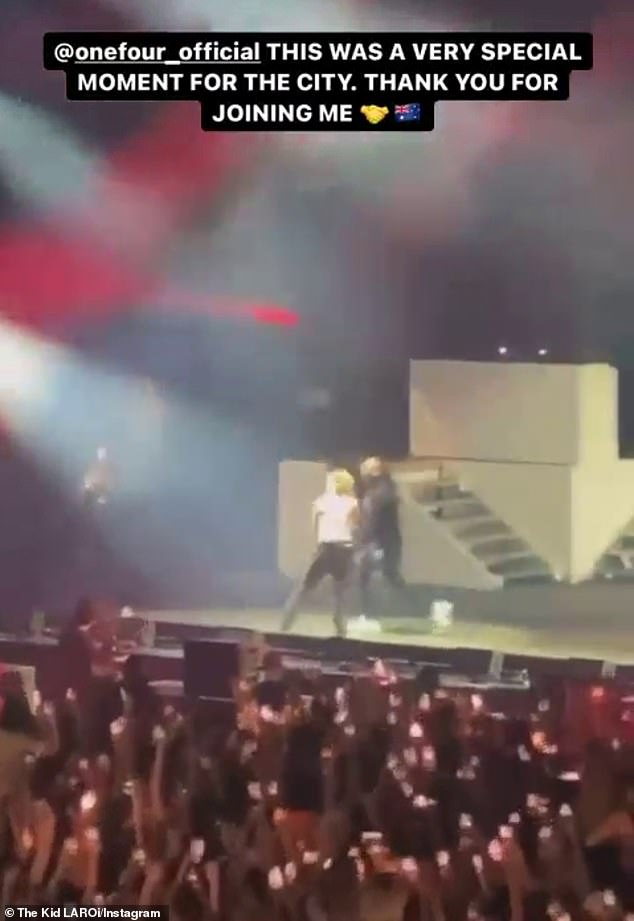 Online: ‘@onefour_official this was a very special moment for the city. Thank you for joining me,’ the 18-year-old Australian-born rapper captioned video footage from the show

The controversial music style has come under fire across the globe, with authorities in the US and UK calling for it to be banned amid fears the street-life inspired music incites violence.

Back in the recording studio, YP has used his time behind bars as a muse for his debut solo single ‘Out Of Sight’, which is a soft departure from the aggressive songs that marked the group’s earlier work.

The piece, backed by piano melodies, features emotional lyrics, including the lines: ‘I don’t understand why grown men don’t cry, that’s a damn lie’ and ’23 hours in a cell, one hour yard time, that s*** gave me plenty time to reflect’. 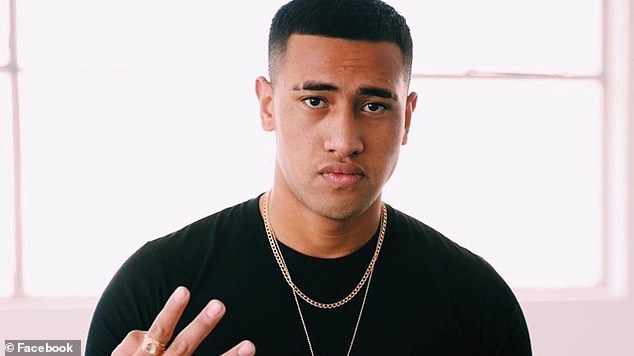 He also opens up about the hardships he faced navigating changes in his relationships once he was locked up.

‘Phone calls home had me tripping on the phone, ’cause they says they got you but then leave you on your own,’ he raps in another part of the song.

‘I ain’t given you my time. If you weren’t back there when I was doing time, then I’m leaving you behind. 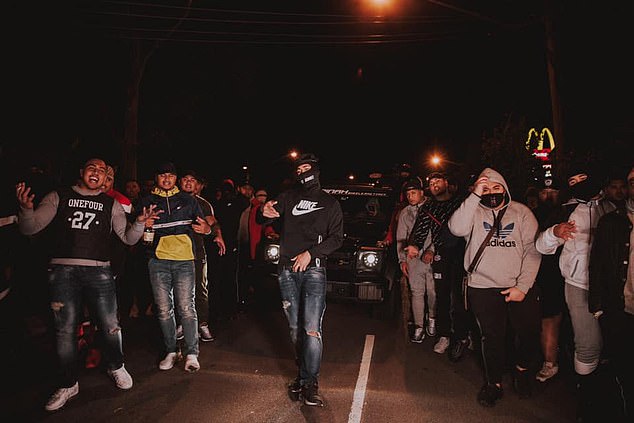 Rise to fame: OneFour (pictured) found fame on Youtube, racking up a cult-following and millions of views

The convicted rapper, who was jailed along with fellow bandmates Lekks14 and Celly, said the work was very personal and he hoped to relay his life lessons to fans.

‘My message is be real to yourself,’ YP told NME.

‘I’m sharing a part of my life with them, it’s more than just a single to me.

‘I know everyone can’t relate, but I want them to understand my growth not just as an artist but as a person who didn’t have it easy growing up. Learning life lessons and principles that weren’t taught in school but in the streets and jail, like loyalty.’

YP said the group is more than a bunch of kids that grew up in a disadvantaged area, with their fan base extending outside their home Mount Druitt, in Sydney’s Western suburbs.

‘We have kids from the [Northern] beaches throwing up OneFour, it’s crazy,’ he told Spanian podcast.

‘So we run ourselves with standards and s***. We like to keep our head up high with our name and that.’

Out of sight was produced by Sid Mallick, 99hurts, Shanks and Elaye, and directed by YP and Matt Wilson and is reportedly the first of a number of solo releases by members of OneFour scheduled to be brought out this year.

While YP seeks to move on from his chequered past and focus on his career, drill rap continues to draw worldwide infamy, with New York City Mayor Eric Adams calling for the music to be ‘dumped’.

His statement came after the death of 18-year-old drill rapper Jayquan McKenley, or Chii Wvttz, who was gunned down outside a Brooklyn recording studio in February.

‘We pulled Trump off Twitter, because of what he was spewing,’ Mr Adams said at a press conference.

The move has already been undertaken in the UK, where west London ‘drill’ group 1011 was banned from making music in 2018 amid a worrying rise in stabbings across the city. 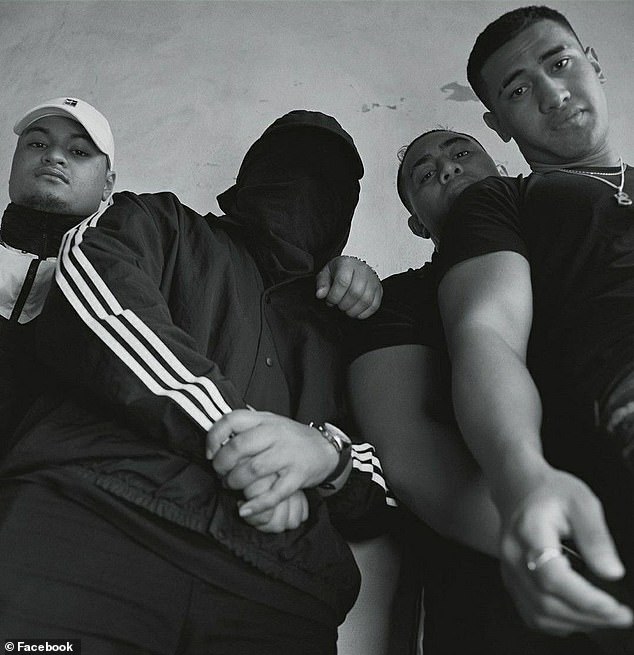 More music coming: The drill rap group is set to release a number of solo singles this year after they were disbanded when several members were incarcerated in 2019

The following year, drill duo AM and Skengdo copped a nine-month suspended prison sentence for performing a song at a London show.

While Australia is yet to prohibit the controversial genre, authorities have gone to painstaking efforts to cripple distribution of the music style on its shores.

In November 2019, OneFour was forced to cancel its national tour through Melbourne, Adelaide, Perth, and Sydney, with OneFour claiming police had urged venues not to host them.

Disappointed: OneFour announced the cancellation over their social media channels, after their Melbourne and Adelaide shows were shut down days apart in November 2019 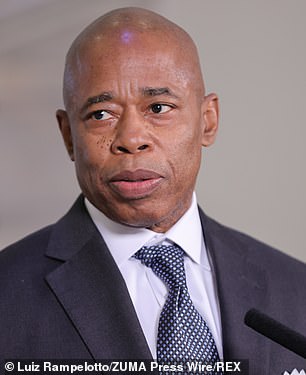 New York City Mayor Eric Adams (pictured), said that Twitter and Instagram should banish violent videos by drill rappers which he blamed for promoting the kind of violence that killed 18-year-old Jayquan McKenley

Strike Force Imbara was launched to investigate the links between warring Western Sydney and inner-west groups and their links to the rap group, and joined forces with bikie-oriented operation Strike Force Raptor.

Police reportedly made failed attempts to have streaming services remove the group’s music from their sites.

At the time, Strike Force Raptor’s Sergeant Nathan Trueman admitted shutting down the shows to ‘stop the violence’ and claimed they had no longer witnessed any after they intervened.

‘If the Comancheros started singing a song and trying to call out and provoke the Hells Angels, and they wanted a concert, the public would expect us to shut that down,’ he reportedly said.

NSW Police told Daily Mail Australia it could not comment on whether OneFour is still being actively monitored by the force as it ‘doesn’t comment on matters once they’ve gone through the court process.’

However, the NSW Police spokesperson confirmed Strike Force Imbara, formed in 2019, ‘is no longer active’.

YP, who was initially sentenced to four years, was released on parole last December, with photos posted on Instagram showing him celebrating with a champagne tower. 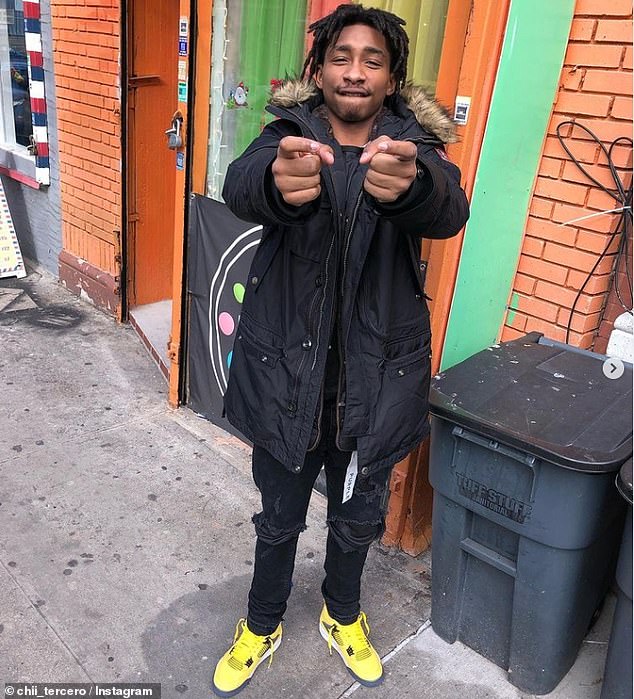 Pictured: American drill rapper Jayquan McKenley, or Chii Wvttz, who was gunned down outside a Brooklyn recording studio in February

His sentencing hearing in 2019 heard the rapper pulled a chair leg from underneath his clothes and struck another man three times, including two blows to the head, at Rooty Hill’s Carousel Inn in Sydney’s west.

For the same pub assault, Salec Sua, aka Lekks14, was handed four and a half years, while Dahcell Ramos was given a maximum 10 years – in conjunction with another sentence for a separate incident.

Both remain behind bars, with Sua eligible for parole in December 2021 and Ramos in June 2023, after his sentence was reduced to a minimum of four years and nine months upon appeal.

Remaining OneFour members J Emz and Spenny continued to run the band while the others were incarcerated, releasing debut EP ‘Against All Odds’ in 2020. 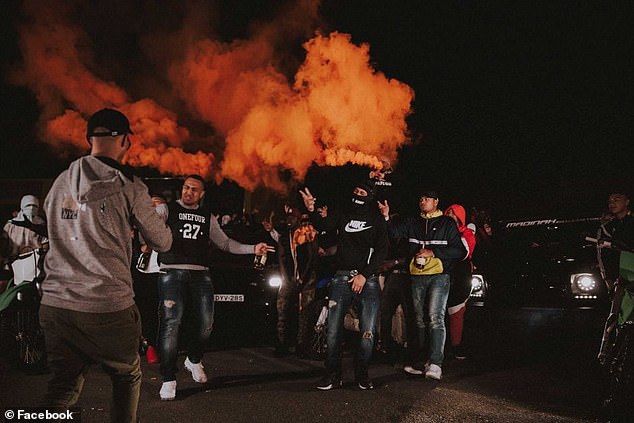 Making news: OneFour made headlines in 2019 when their national tour was shutdown in a coordinated operation by police