The Latest: Pitching duel underway through 2 in Game 4

HOUSTON (AP) – The Latest on Game 4 of the World Series between the Los Angeles Dodgers and Houston Astros (all times local):

Both starting pitchers in Game 4 have faced the minimum number of batters through two innings, even while allowing runners.

Dodgers starter Alex Wood issued a leadoff walk to Carlos Correa to start the bottom of the second. But Correa was erased when Yuli Gurriel grounded into a double play. Los Angeles second baseman Logan Forsythe then made a nifty sliding stop toward the middle of the infield, getting up to throw out Josh Reddick for the inning-ending out.

The only Dodgers player to reach was Corey Seager with a one-out single in the first, but he was then caught trying to steal second base.

Game 4 of the World Series is scoreless after the first inning.

The Dodgers held a team huddle in the dugout shortly before the first pitch. They trail 2-1 in the Series and were hoping to break loose against Houston starter Charlie Morton.

Chris Taylor led off the game with a sharp single, but was later caught trying to steal. It was the first time Houston catcher Brian McCann had thrown out a would-be base stealer since mid-June 18.

Los Angeles left-hander Alex Wood breezed through the first. The Astros contended that leadoff man George Springer was hit by a pitch, but lost their challenge.

Bellinger went 0 for 4 with four strikeouts in Game 3, prompting manager Dave Roberts to say “it’s just trying to get Cody to slow down a little bit. I think he’s been a little too quick.”

Roberts said Saturday the coaching staff had spoken with Bellinger, who set an NL rookie record with 39 home runs.

“They’ve got a plan together, and part of it is having a plan and also executing it,” he said. “I talked to Cody a little bit and saw the boyish smile, didn’t want to get too deep in things, because he’s a few games removed from the CS, which he swung the bat very well. So to put so much weight into a couple of games of not swinging the bat well I think is unfair.”

Bellinger hit .318 (7 for 22) with a home run and two RBIs in the NL Championship Series against the Chicago Cubs.

The Los Angeles Dodgers and Houston Astros are staying with the same batting orders for Game 4 of the World Series. 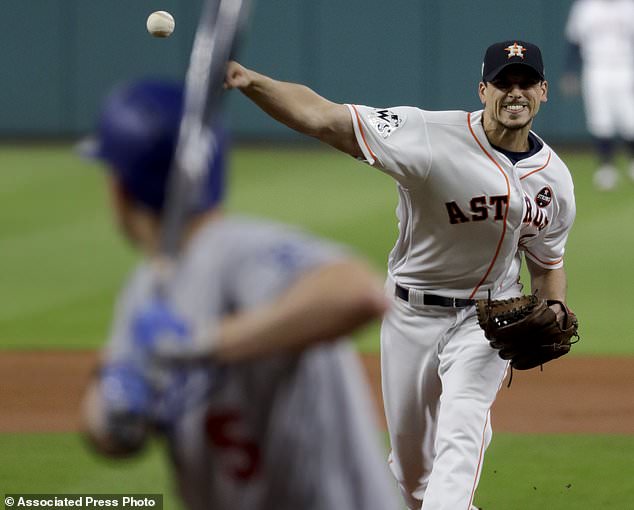 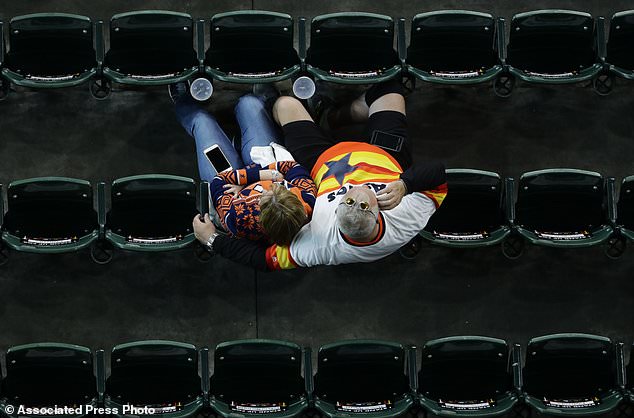 Fans wait for the start of Game 4 of baseball’s World Series between the Houston Astros and the Los Angeles Dodgers Saturday, Oct. 28, 2017, in Houston. (AP Photo/Charlie Riedel) 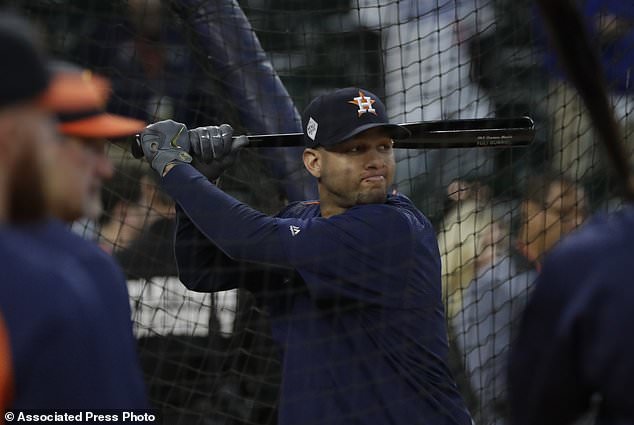