The Latest: Uber reaches settlements with some drivers

Uber share prices set to start at just $45: Ride-share firm’s IPO will open lower than expected because of concerns over the business model and Lyft

By Luke Kenton For Dailymail.com and Associated Press

Ride-share app Uber is set to make its Wall Street debut when markets open on Friday morning, in what is widely regarded as one of biggest and most anticipated IPOs in recent memory.

The world’s leading ride-hailing service set the stage for its long-awaited arrival on the stock market by pricing its initial public offering at $45 per share Thursday.

The price is at the lower end of its targeted range of $44 to $50 per share. This may have been driven by the escalating doubts about Uber’s ability to make money since its main rival, Lyft, went public six weeks ago and continues to see its stock drop.

Even at the tamped-down price, Uber now has a market value of $82 billion – significantly more than century-old automakers General Motors and Ford Motor.

Ride-share app Uber is set to make its Wall Street debut when markets open on Friday morning, with shares priced at just $45 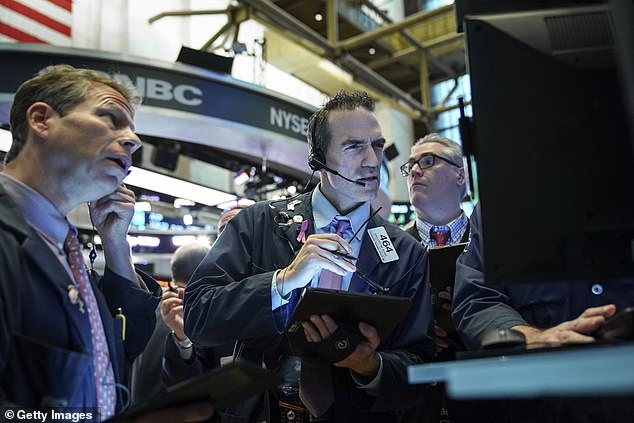 Even at the tamped-down price, Uber now has a market value of $82 billion – significantly more than century-old automakers General Motors and Ford Motor

The company is offering 180 million shares of its common stock, which is projected to raise around $8.1 billion by market close Friday, with an additional 27 million shares available for underwriters.

Considered to be the pioneer of smart-phone cab hailing and one of Silicone Valley’s greatest success stories, Uber has accumulated huge losses throughout its 10 year existence with a wealth of controversy to match.

In 2018 the company’s revenue reached $11.3 billion, with losses of $1.8 billion were reported. According to its IPO filing Uber has never actually turned a profit.

Recently the company has become embroiled in a pricing war with Lyft, with both of the hailing apps trying to attract and retain customers with low prices, while paying drivers enough to remain under their employ too. 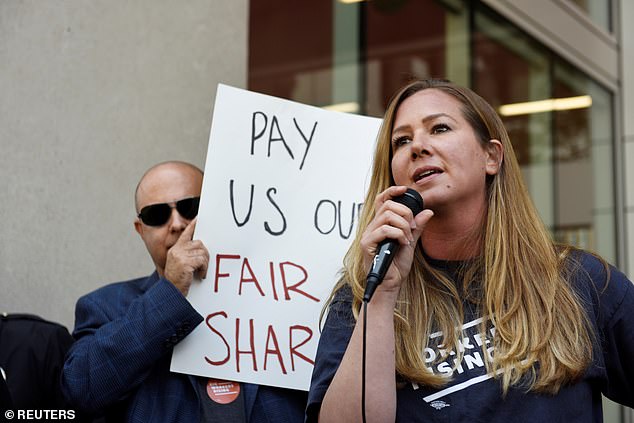 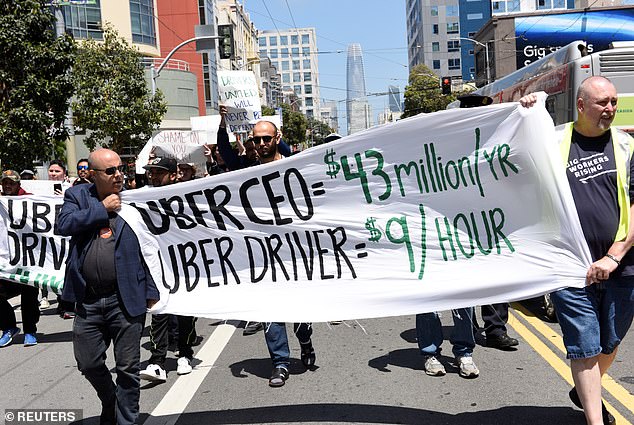 60,000 Uber drivers protested against their salary and unstable employment contracts this week

The pricing war has led to thousands of Lyft and Uber drivers striking this week, who claim they’re given low wages and limited job protections as most are considered independent contractors.

Uber has now reached settlements with some of drivers who said they should have been classified as employees instead of independent contractors.

The settlement agreement was announced Thursday, on the eve of Uber’s IPO debut.

Uber said it reached agreements with the majority of the 60,000 drivers who were involved the claims. It anticipates spending $146 million to $170 million to pay the settlements and attorney fees, and said it set aside $132 million for that purpose in December.