The man behind the magic: Liverpool’s Mohamed Salah is a karaoke king, foodie and wind-up merchant!

Late July, 2017. In Rottach-Egern, a sleepy lakeside town 35 miles from Munich, Liverpool’s squad are preparing for the new season with three punishing sessions per day.

Jurgen Klopp knows what happens in this part of Bavaria will fundamentally set the tone for the new season and while the work is relentless, he recognises there is scope for a team-bonding session. He permits a night out and this will be when the new signings perform their singing initiation.

Andrew Robertson plays it safe and goes for Sweet Caroline but Mohamed Salah, fresh from his £36.9million switch from Roma, chooses an Arabic song. Nobody understands a word of what he sings but, by the last verse, Salah sports an infectious, broad smile and receives noisy acclaim. 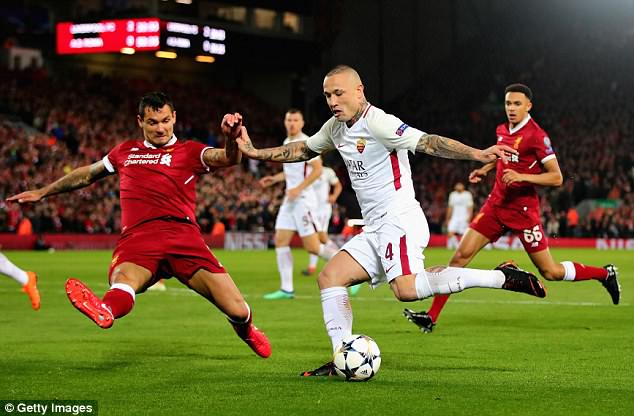 It has been a recurring theme ever since. Salah took his team-mates by surprise that night and has continued to do so, his extraordinary form — which culminated in Tuesday’s masterpiece against old club Roma in the Champions League semi-final — propelling him into the land of the giants.

‘He’s becoming the superstar,’ says Liverpool defender Dejan Lovren. ‘Maybe I couldn’t look into the future in pre-season and think he could do this. But now? They should be talking about him for the Ballon d’Or. When people talk about Messi and Ronaldo, they should talk about Salah.’

This is not a statement made for effect. Lovren might be one of Salah’s closest friends in the squad — the two frequently engage in winding each other up, whether at Melwood or on social media — but his words reflect the levels to which he has climbed.

He is ‘A’ list now, careering towards football royalty. The 25-year-old is a national icon after his penalty sent Egypt to the World Cup for the first time since 1990 but none of this has changed him. 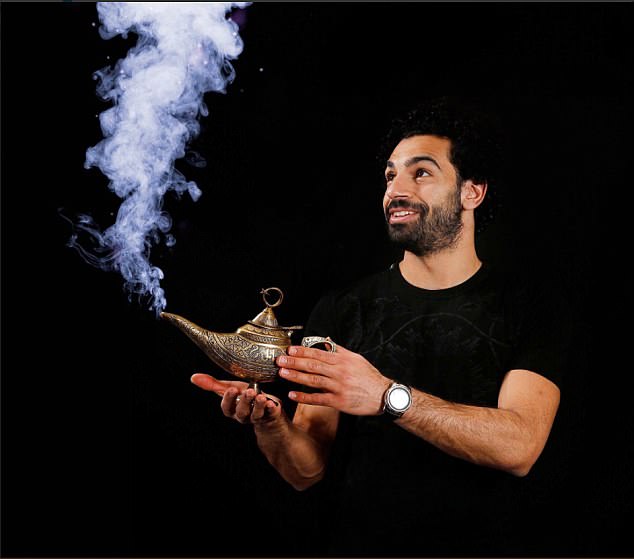 Salah grew up in Nagrig, a farming village situated between Alexandria and Cairo, and his close-knit family taught him the values of respect and discipline. He is a devout Muslim and lived a simple life in Egypt and, though his status has changed, the same continues to be true.

Egypt is never far from his thoughts. He returns home at the end of each season, primarily for Ramadan, and will go back to Nagrig to meet old friends and hang out at the same cafes he used to before leaving for Cairo, where his first club was El Mokawloon.

To get a taste of home, he has eaten at a restaurant called Bakchich, regularly choosing hummus falafel. So enthused was the owner to have Salah visit, the dish is given away to diners whenever he scores a goal. Trade, as you can imagine, was brisk on Tuesday.

This is just a small example of how everyone wants to be associated with him. When you arrive at Cairo airport, the first image you see is a giant picture of Salah advertising Alexandria Bank, with whom Liverpool have a partnership in Africa. 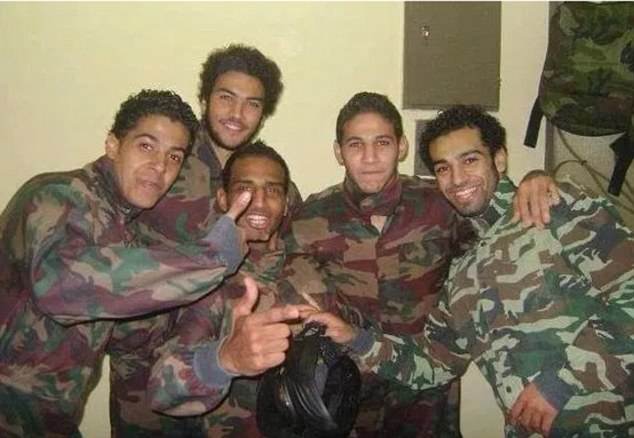 He lived a simple life in Egypt and though his status has changed, the same remains to be true 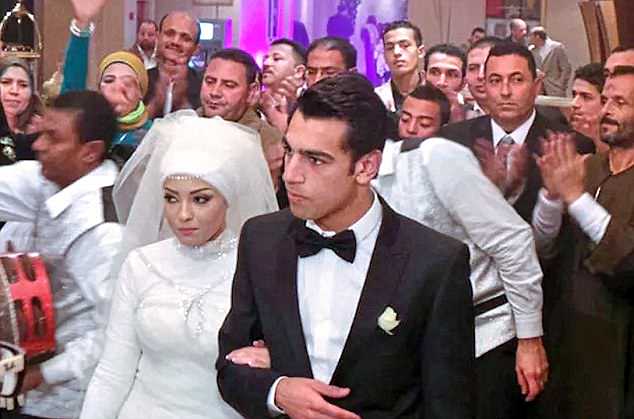 He is the face of Vodafone in Egypt and an ambassador for Uber in his native land. Such is his popularity, he received one million written votes for the country’s presidential elections and was even spared having to do national service in 2014, when he played for Chelsea. For a young boy who grew up playing a PlayStation with hopes and dreams, this is a life less ordinary.

Yet ask those who know him best to describe Salah and the answer that invariably comes back is quiet. He lives in Cheshire with his wife, Magi, and daughter Makka and returns to them at the first possible opportunity each day after training has finished at Melwood.

Salah’s professionalism strikes a chord with every-one and in many ways, he is like Luis Suarez, Anfield’s most recent hero. Suarez had the strength of an ox and Salah is the same, his team-mates know that if it comes down to a physical battle, he simply will not get knocked over or bullied. He is, in their eyes, the complete package. 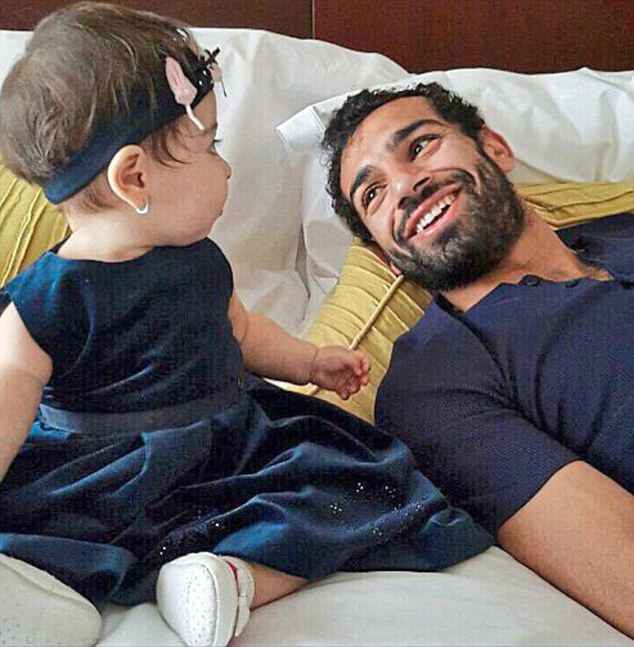 The Liverpool winger lives at home in Cheshire with his wife, Magi, and daughter Makka

‘During the week it’s a nightmare because you’re up against him,’ says young right back Trent Alexander-Arnold. ‘Sometimes I don’t like him, to be honest, because he does that stuff (what he was doing against Roma) to me!’

In his youth, he idolised Zinedine Zidane and Francesco Totti and the trajectory of his career is taking him to a place where he could one day be spoken of as one of the greats.

For now, however, the talk is all about how Salah is driving Liverpool’s ambitions of conquering Europe once more. He was magical against Roma and he is now just four goals away from equalling the club record of 47 set by Ian Rush in 1983-84. That shows how far he has come since stepping up in Rottach-Egern and taking his new colleagues by surprise.

‘Forty-three goals, guys,’ said Lovren, shaking his head in disbelief. ‘Forty-three goals! F****** hell! I believe he should be regarded as one of the best three in the world at the end of the year. But for us? He is the one.’ 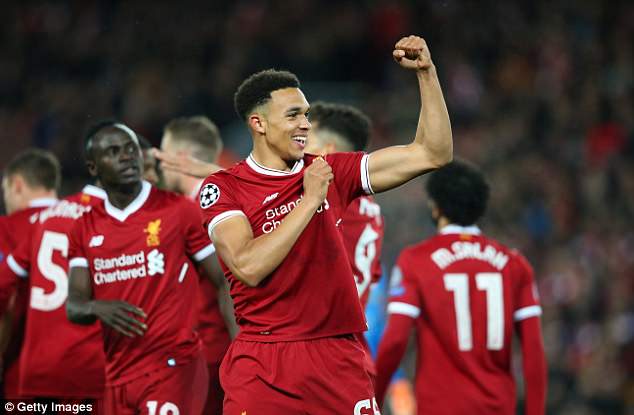