The massive change coming to JobKeeper

The massive change coming to JobKeeper: The government WILL continue paying wages past September but some firms are set to lose out

Businesses could have to re-qualify for coronavirus wage subsidies when the Morrison government overhauls its JobKeeper scheme.

Employers turning over less than $1billion with a 30 per cent fall in revenue are eligible for the program, while big businesses must show a 50 per cent decline.

Businesses that met the revenue test at any stage during the pandemic qualified for $1,500 fortnightly payments for all employees.

The government will next week unveil plans for the future of JobKeeper beyond its September 27 expiry date.

Finance Minister Mathias Cormann said the next phase of coronavirus support would be based on need.

Pictured: People line up out the front of Centrelink in Melbourne at the onset of the COVID-19 outbreak in Australia in March. Businesses have been told they may be made to re-qualify for coronavirus wage subsidies when they expire in September

‘Businesses that have recovered or are recovering clearly won’t need the sort of support that has been in place over the last few months on an ongoing basis, but other businesses will,’ he told Sky News on Friday.

‘It will come down to making sure that we properly assess the need, and identify and target support into those areas where support is indeed needed.’

Senator Cormann noted businesses which qualified at the start of JobKeeper remained eligible for the entire six months.

‘The truth is, a lot has changed during this period,’ he said.

‘A number of businesses have seen strong recoveries, other businesses continue to be seriously challenged.’

The latest unemployment data showed almost one million Australians were out of work in June, when the jobless rate hit a 22-year high of 7.4 per cent.

Prime Minister Scott Morrison said the real rate was estimated to be around 11 per cent, down from 13.3 per cent. 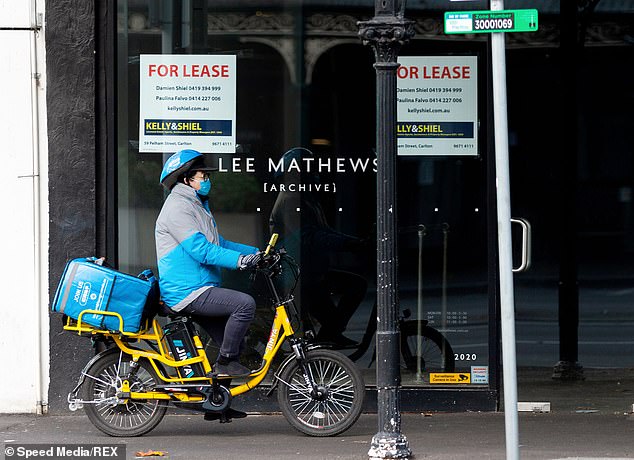 ‘So we’re making progress. We’ve got a long way to go,’ he told the Nine Network.

Australian Council of Trade Unions president Michele O’Neil warns without an extension to JobKeeper, there will be a huge jump in unemployment.

‘People need reassurance that Australia isn’t going over an economic cliff, so the sooner the government tells people the plan, the better for everyone,’ she said.

On the other side of the debate, Mr Morrison is pushing for flexible industrial relations rules to be made permanent. 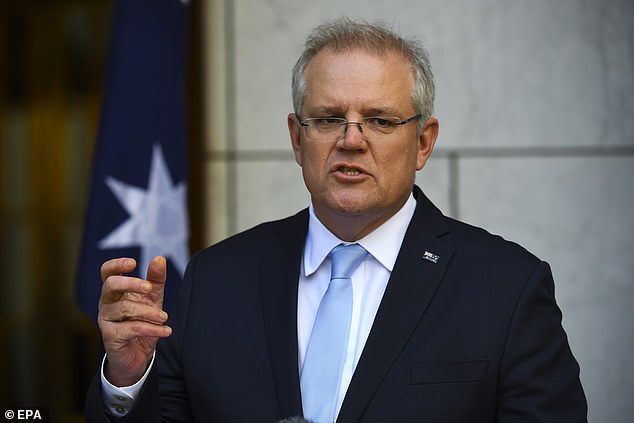 Prime Minister Scott Morrison speaks to the media on Tuesday. He said the real rate of unemployment was estimated to be around 11 per cent; the official jobless rate is at a 22-year-high of 7.4 per cent

‘If that ends, if we don’t get the support to keep that going for businesses, that will cost people their jobs,’ he told Network Ten.

Senator Cormann urged unions and bosses to maintain the cooperative relationship fostered through the pandemic.

‘This is not the time for everyone to go back into their corner and fight partisan battles,’ he said.