The moment Tottenham hero Lucas cries watching his goal back

Tottenham’s hero of the hour Lucas Moura had to wipe away tears as he was played back footage of his winning goal against Ajax in the Champions League semi-final.

And as he spoke to journalists in the mixed zone on his way out of Ajax’s stadium on Wednesday night, he was offered the chance to watch the footage back for the first time. 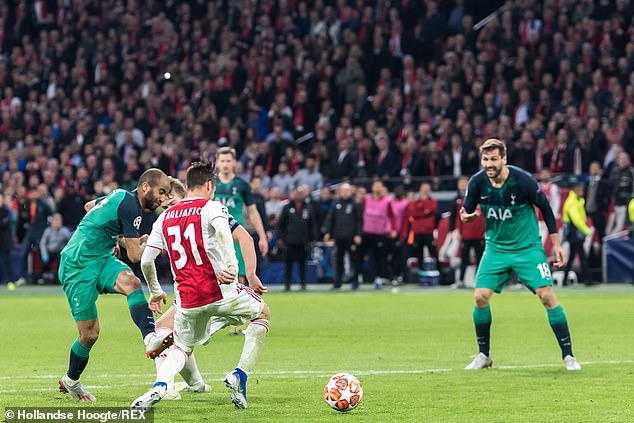 What a beautiful video, Lucas Moura reacting to the commentary of his goal that sent Spurs to the CL final. pic.twitter.com/aFVZXALPRt

The magnitude of what he had achieved overawed him and, like his manager, he had to wipe away the tears.

He hailed the moment as the finest in his career so far.

‘It is an emotional day. Football is amazing, it gives you this special moment.

With just over three weeks until the final, Spurs striker Harry Kane could be fit from his ankle injury.

Lucas Moura scored a hat-trick to send Tottenham to their first ever Champions League final.

Build the man a statue. 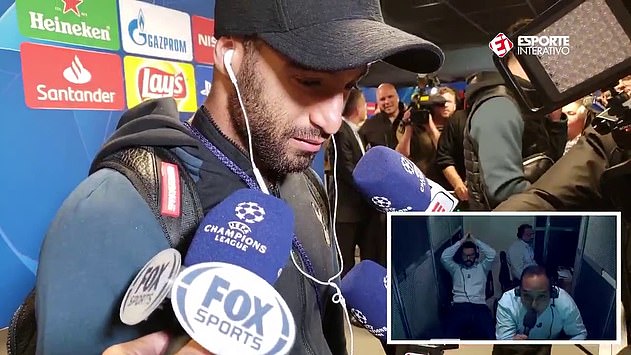 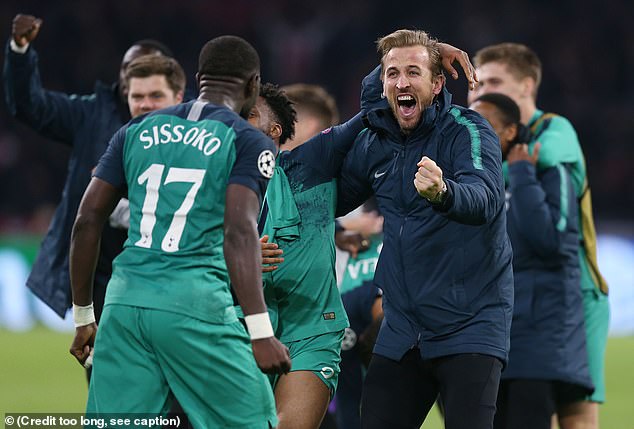 The way the England captain sprinted on to the pitch at the end of the game suggests he is not too far away and Moura, who could lose his place if Kane does make it, is excited to have him back.

‘I wait for him, he is our striker, he is our difference on the pitch and I am happy to have him back,’ he said.

‘The most important thing now is to prepare for the final. It doesn’t matter who scores, even Hugo Lloris can score, I don’t care. It’s possible, we will give everything for this.’