A hero has described the incredible moment he thwarted a would-be robber with an MMA-inspired take down.

When Albert Park man Nick Ziglinis walked into his local 7-Eleven for a coffee on Saturday, he stumbled into a terrifying scene.

Upon entering the convenience store, the 57-year-old saw a woman wearing a motorbike helmet holding a gun at store franchisee Ricky Yan and demanding money out of the till.

Nick has been mates with Ricky for six years, and as Ricky was preparing to hand over cash, Nick took the situation into his own hands, charging at the would-be robber and pinning her up against the counter.

Nick managed to wrestle the attacker away from Ricky before taking the gun, which later turned out to be fake.

He then wrapped his arms around the robber’s head and tackled her to the ground.

A 35-year-old Mildura woman has been taken into custody.

Nick’s heroic actions have been praised online, with many comparing him to legendary Aussie comedy character Milo Kerrigan, who was made famous by Shaun Micallef on the cult program Full Frontal.

Reddit users are claiming Nick should get free coffee from 7-Eleven for life, and should be played by Robert De Niro in a movie adaptation of the dramatic scene.

The offender was charged with attempted armed robbery, aggravated burglary and firearms offences. 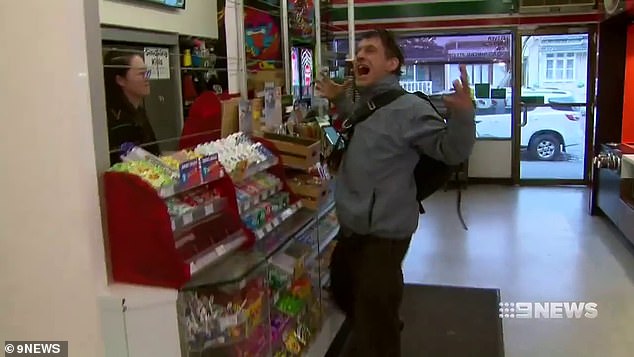 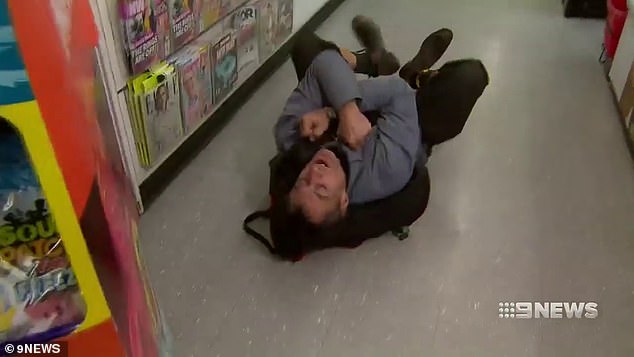