The most prolific speed cameras in the last year REVEALED

The most prolific speed cameras in the last year REVEALED: A40 cameras in London snared the most drivers as study reveals 1.74m were caught speeding in Britain

More than 1.74 million drivers were caught by speed cameras on major routes in the last year, with one on the A40 in North-West London snaring almost 50,000 motorists exceeding the limit, according to a new piece of research.

Motorists snapped by roadside cameras were made to fork out £45.7million in fines in the financial year 2021/22, says Confused.com.

Some 30 years after the first ‘Gatso’ appeared on British roads, the investigation revealed which cameras are now most prolific at catching drivers who are travelling faster than the speed limit.

The comparison website sent a Freedom of Information request to all 46 police forces regarding the number of intended prosecutions for speeding offences captured by cameras in their areas.

Some 36 forces responded with figures, meaning the 1.74million offences does not paint the full picture of how many drivers are being caught out by speed cameras each year.

The provided data shows that some areas are more prolific than others.

According to the numbers provided, cameras on the 40mph stretch of the busy A40 in North-West London between Long Drive and Welland Gardens are the most prolific.

These speed cameras heading into the capital have caught 49,050 speeding drivers in the last financial year alone, according to Met Police.

That figure is more than double the number any other camera caught over the 12-month period under review. 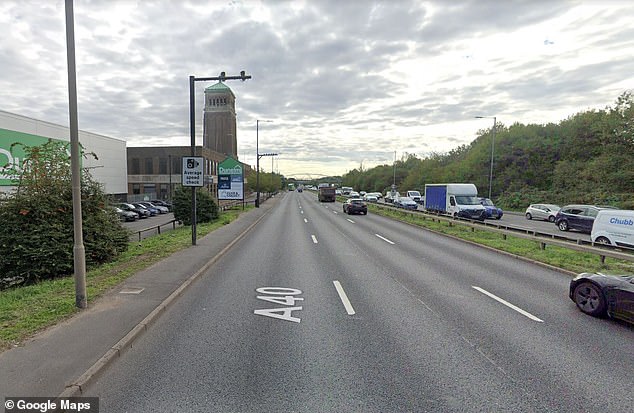 Average speed cameras on the A40 heading into London are said to be the most prolific at catching motorists over the limit in the previous financial year, according to an investigation by Confused.com

Cameras on the M25 in Surrey and M4 near Bristol follow with over 41,000 speeding offences combined, the respective police forces covering each revealed to the FOI request. 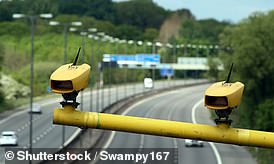 1. A40 between Long Drive and Wellands Gardens E/B: 49,050 intended prosecutions by Metropolitan Police

The A5460 in Leicester and the M6 near Coventry rounded out the top five roads where motorists are most likely to be flashed by a speed camera.

Despite so many drivers being flashed by roadside cameras, the data provided by the police shows that only 457,232 were forced to take a £100 fine and three penalty points on their licence.

Instead of a fine, 698,115 drivers opted to take a speed awareness course, which typically costs around £100 for enrolment but sees participants escape having points added to their licence, which would likely have caused their insurance premiums to increase.

Thousands more of the cases will have been taken to court.

According to Confused’s research, there are currently more than 1,300 operating speeding cameras policing our roads.

Further research by the comparison site – involving a poll of 2,000 drivers – found that almost half (44 per cent) have received at least one speeding fine in the past.

Almost a quarter (24 per cent) of those caught speeding faced a fine, with the average speeding penalty totalling £181.70.

Confused said the rising cost of living should be another incentive for hard-up motorists to reduce their speed, with fines and penalty points a double-blow on finances.

While recent analysis shows that moving from having zero to three penalty points on a driving licence has little impact on car insurance premiums, rising from three to six is will result in far costlier cover.

This is likely why almost a fifth (18 per cent) of drivers polled in the study say they chose to attend a speed awareness course over a fine and three points.

Commenting on the report, Confused’s car insurance expert, Alex Kindred, said: ‘A worrying number of drivers are being caught on the roads for speeding, whether it be by Gatso cameras or other speed cameras.

‘If you’re faced with a speeding fine, there’s a chance it could be calculated based on your salary, and may be heftier than you first think.’ 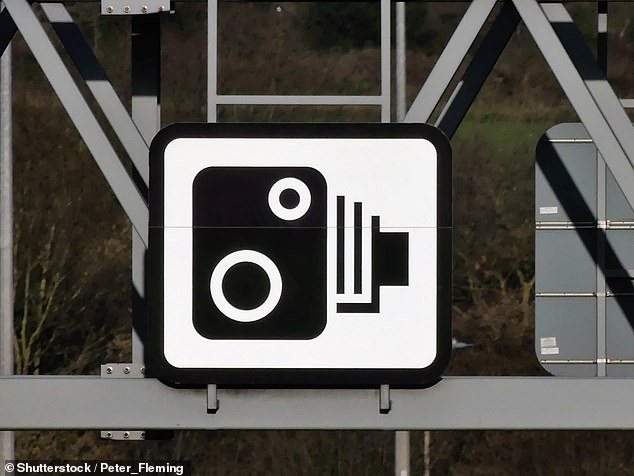 Instead of accepting the fine and three points, 698,115 of the 1.74million drivers caught speeding in 2021/22 opted to take a speed awareness course, police data shows