There is a point towards the end of this wonderful exhibition, bringing together 78 paintings by Claude Monet, where it all threatens to overwhelm the viewer.

You’ve been dizzied by famous works from the French Impressionist’s long career, like The Beach At Trouville and The Water-Lily Pond.

You’ve been surprised and delighted to find that Monet, at home in his gardens at Giverny, was just as adept with wintry grey as he was with summer’s colour (Snow Effect, Giverny). 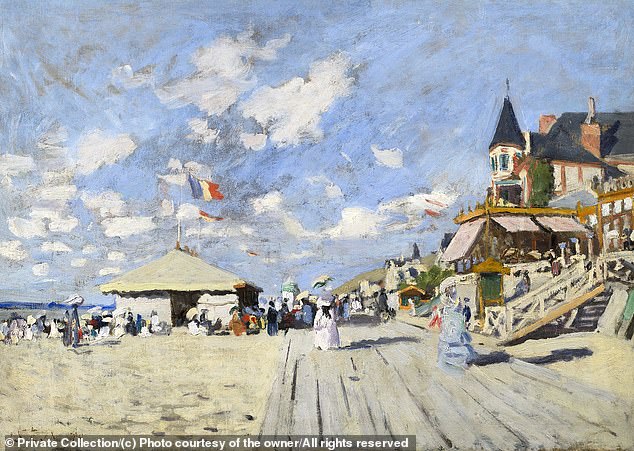 The National Gallery’s dazzling new Monet show brings together 78 paintings from across his long career, including works like The Beach At Trouville (above) and The Water-Lily Pond

And then you come into the penultimate room where, along one side, there is a row of studies of Rouen Cathedral.

These are not views but up-close-and-personal paintings, portraits almost, where the gothic facade fills the canvas.

The pictures change from grey to blue to yellow, as if Monet’s brush, in following the sun’s passage across the ancient stones, is attempting to catch time itself. 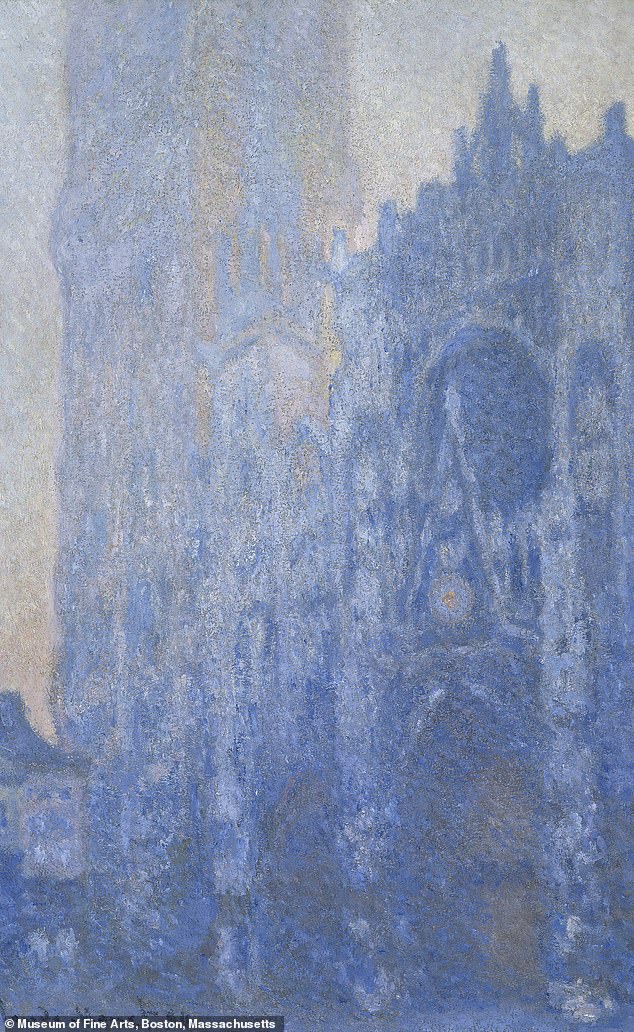 The penultimate room displays Monet’s studies of Rouen Cathedral which are not views but up-close-and-personal paintings, portraits almost, where the gothic facade fills the canvas

Now turn around, and you’re zapped by a stunning selection of his famous paintings of Charing Cross Bridge and the Houses of Parliament.

Big Ben is a brooding silhouette, the dark vertical focus that allows Monet to create his luminous magic with mist and river.

This is the first major Monet show in London since 1998 and it’s an expensive treat – £22 at weekends – but so moving that it’s worth the price. And the idea behind it, that Monet was an avid painter of buildings, stands up. 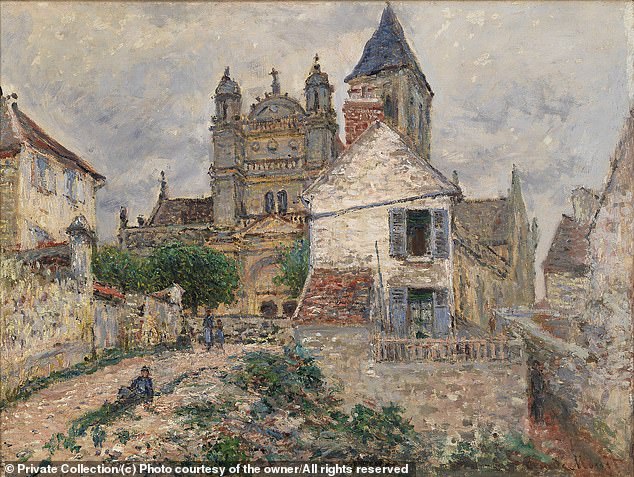 Also featured are the French Impressionist’s hometown (The Church At Vétheuil, 1878, above) and two images of the town’s church are brought together for the first time here

We think of impressionism as a procession of parks, gardens and beach scenes. Monet could do all that, yet he nearly always interjects a chapel or cottage.

Likewise, he painted the church at Vétheuil – where he lived and painted his wife, Camille, on her death bed – in part because the old and the picturesque sold.

But Monet was inventing modern art, and he was doing it just as our idea of modernity was being born. 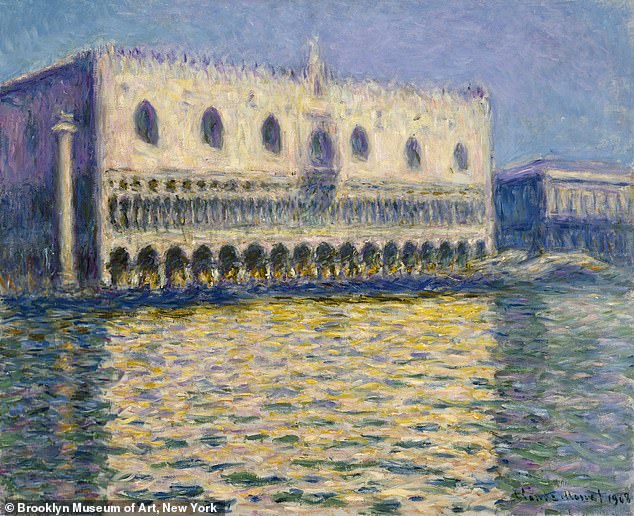 In 1908 Monet went to Venice and, transfixed by water and light, repeatedly painted San Giorgio Maggiore and the Doge’s Palace (above)

In Le Gare Saint-Lazare, the brooding railway terminus belches out steam, smoke and the exciting prospect of speed.

There are two views of Saint-Lazare here and two churches at Vétheuil that are brought together for the first time.

Monet would often paint the same place from a slightly different angle. In 1908 he went to Venice and, transfixed by water and light, repeatedly painted San Giorgio Maggiore and the Doge’s Palace, which we encounter in the breathtaking final room as shimmering temples.

La Rue Montorgueil, Celebration Of June 30: there is a point towards the end of this wonderful exhibition where it all threatens to overwhelm the viewer

Perhaps Normandy had the strongest hold on his imagination. Monet painted the promenade at Trouville many times.

In one version here, the holidaymakers are detailed figures; in the next, people are rendered in the same swishes of paint Monet has used for the clouds above.

Like clouds, and time itself, the artist seems to say, our lives must pass. Few lives have left such a mark as Monet’s.