Luke Skywalker is back. Last year’s spin-off adventure, Rogue One, shunned Luke, Chewbacca and their comrades for a new set of heroes and villains, but the new Star Wars movie returns us to our favourite characters (except for a dead Han Solo), taking off straight after 2015’s The Force Awakens, which grossed more than $2 billion, making it the third biggest film of all time. Now with The Last Jedi the pressure is on for the £200 million sequel to deliver the galactic goods. Event goes behind the scenes to tell you everything you need to know about the galaxy far, far away…

The hero of the original trilogy, Luke Skywalker (Mark Hamill), has been stuck on a windswept island for many years and is thought to be the titular Jedi (of which more later). Now he’s been tracked down and symbolically handed back his old family lightsaber by Rey (Daisy Ridley), who wants him to train her as a Jedi. In some ways the plot echoes Hamill’s own story – while his co-stars sprang from Star Wars to Hollywood fame, his career foundered and he ended up doing voiceovers and speeches at Star Wars conventions before being tempted back for this trilogy.

The new Star Wars movie returns us to our favourite characters (except for a dead Han Solo), taking off straight after 2015’s The Force Awakens, which grossed more than $2 billion

The plot picks up where The Force Awakens ended, with Rey building a new relationship with Luke. But far from the legend she was hoping to meet, Rey finds a broken and bitter man who feels ‘the Jedi must end’. Meanwhile, the Resistance, led by General Leia (Carrie Fisher), is under renewed attack from The First Order, led by her twisted son Kylo Ren (Adam Driver). Young Finn (John Boyega) – last seen recovering from serious injuries in a cryo-chamber – is roped into a mysterious mission. There’s a ton of action and a raft of new and wacky characters.

3. The princes and the stormtroopers

Following Daniel Craig’s hilarious cameo as a particularly gullible stormtrooper in The Force Awakens (you can spot him setting Daisy Ridley free) there will be more famous appearances in The Last Jedi. Tom Hardy was seen visiting the set during the shoot, while pop star Gary Barlow also shot a scene. John Boyega confirmed Princes William and Harry filmed a cameo at Pinewood Studios last year – serving as First Order stormtroopers guarding his character in an elevator. Boyega said that being on set with the four stars was more ‘fun’ than intimidating, and joked about ‘making it Star Wars’ most secret star-studded sequence of all time.’ 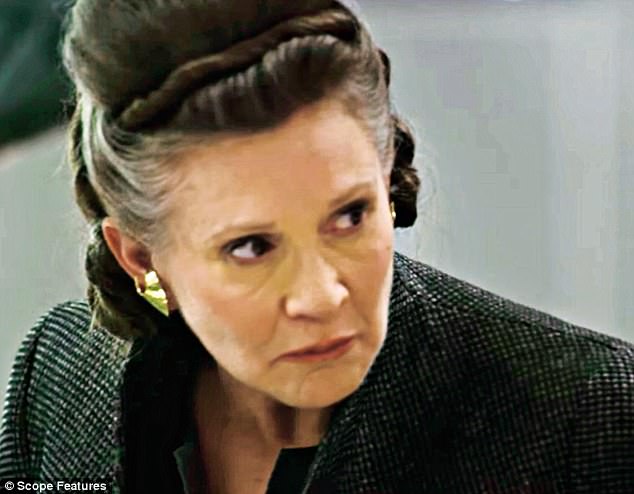 The Resistance, led by General Leia (Carrie Fisher), is under renewed attack from The First Order

5. Why it’s full of eastern promise

A host of eclectic new female characters include Rose Tico (Vietnamese-American actress Kelly Marie Tran), a lowly and ‘uncool’ resistance mechanic who joins Finn undercover in Canto Bight. With a background in improvised comedy, expect Tran to bring some humour to the new film. Meeting the fans at a Star Wars convention last summer, San Diego resident Tran confessed she lied to her parents for months about what she was up to. ‘I told them I was doing an indie movie in Canada. At one point I actually got some maple syrup so I could bring it back to them so they thought I was in Canada.’ We will also meet Rose’s older sister Paige (Vietnamese actress Veronica Ngo), a gunner for the Resistance. (The Vietnamese actresses have been brought in to increase Star Wars’ appeal in the Far East, where the films are less well known). In another part of the galaxy we’ll find Vice Admiral Amilyn Holdo (played by Laura Dern), an old friend of Leia. A huge fan of the series, Dern admitted that when they called ‘action’ on her very first scene she opened her eyes, saw C-3PO and started to cry. Puerto Rican actor Benicio del Toro plays the slippery ‘DJ’, an expert code-breaker and mercenary. DJ definitely stands for something…

Yes, Mark Hamill finally gets to speak in the new film. After 30 years and a strict diet and workout regime (‘I haven’t seen a French fry since 2012’) for his return as Luke Skywalker in The Force Awakens, the fact he never even got a line was a bitter pill to swallow. But this film is all about him – even the title. There is, the director concedes, some ‘wiggle room’ in interpretations. Fans have already furiously debated whether the title refers to Jedi singular or Jedi plural. After all, Rey and Kylo seem to have the same supernatural powers as Luke. Rey is also determined to discover her true parentage. Could she even be Luke’s daughter? 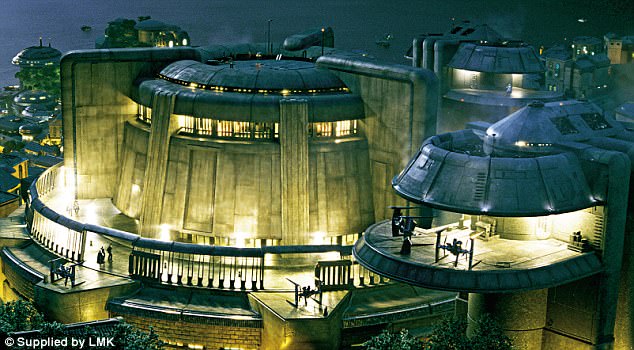 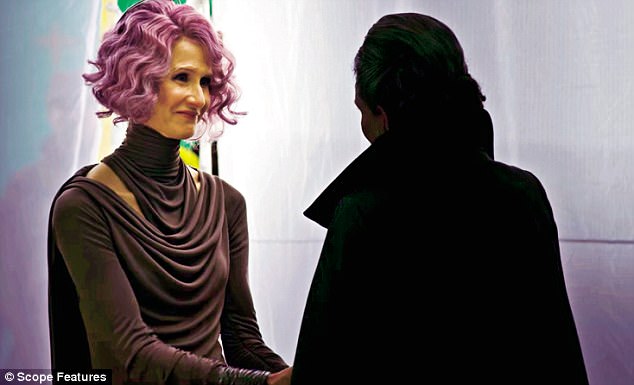 7. May the strong bladder be with you

With so much story to cover, at two-and-a-half-hours The Last Jedi will be the longest Star Wars film yet (26 minutes longer than The Force Awakens) and will put a lot of pressure on younger fans’ attention spans. But director Rian Johnson (best known for Looper with Bruce Willis) says, ‘Any shorter and we would have been compromising some of the characters and some of the journeys.’

8. The right fan for the job

When 43-year-old Johnson – a Star Wars obsessive from the age of ten – was offered the chance to direct The Last Jedi by Lucasfilm he was initially terrified. But after three sleepless nights he realised he couldn’t say no. He also wrote the new script, working with the Lucasfilm story department, though Mark Hamill told him, ‘I fundamentally disagree with every choice you’ve made for my character.’ He’s not the first Star Wars director to feel the Force of Lucasfilm. Gareth Edwards’ Rogue One required $35 million of reshoots to ‘fix’ the story, and directing duo Chris Miller and Phil Lord were fired from Solo (which will tell the origin story of Han Solo) and replaced by the experienced Ron Howard. Most recently, Colin Trevorrow stepped down as director of Episode IX to be replaced by JJ Abrams, who directed The Force Awakens.

The Porgs (effectively the new Ewoks), who inhabit Ahch-To are unbearably cute. They are comely hybrid of an otter and penguin, with a fluffy hint of owl

With the current trilogy due to end with Episode IX in 2019, Lucasfilm president Kathleen Kennedy is already planning the next ten years of Star Wars

The Porgs (effectively the new Ewoks), who inhabit Ahch-To are unbearably cute. A comely hybrid of an otter and penguin, with a fluffy hint of owl, they were inspired by the puffins on the island of Skellig Michael, off the coast of west Ireland. How one gets into the cockpit of the Millennium Falcon is being kept under wraps. There are other new creatures too. The Caretakers, who tend the Jedi temple, are ancient, all female, ‘fish-bird-type aliens’ who speak a ‘blubbery sort of Scottish talk’.

Johnson says he’d expected there to be a ‘big map on the wall’ with the whole of The Last Jedi story laid out – but ‘nothing was planned in advance’. The first thing he had to figure out was, ‘Why is Luke on that island?’ But there are plans to stretch the franchise far into the future. With the current trilogy due to end with Episode IX in 2019, Lucasfilm president Kathleen Kennedy is already planning the next ten years of Star Wars. Ron Howard’s Solo, with Alden Ehrenreich and Game Of Thrones’ Emilia Clarke, is due out in May next year and British director Stephen Daldry has expressed interest in exploring the wilderness years of Obi-wan Kenobi, with Ewan McGregor back in the role. Meanwhile, Johnson has announced that he will take the helm of a new trilogy of Star Wars films unconnected with the Skywalker saga in a corner of the galaxy we have yet to see.

‘Star Wars: The Last Jedi’ is out on December 14