The new fashion guru every A-lister needs? A book stylist!

The fashion world is proudly showing off its inner bluestocking. One of the hottest tickets at London Fashion Week, Rejina Pyo’s spring/summer 2023 show, was inspired by a Tolstoy quote: ‘One can live magnificently in this world if one knows how to work and how to love.’

Meanwhile, models at S. S. Daley read aloud from writer Vita Sackville-West’s love letters. Over in New York for Wes Gordon’s latest collection for Carolina Herrera it was Frances Hodgson Burnett’s classic, The Secret Garden, that was the starting point.

This follows a bookish year or so in fashion — after excerpts of Danielle Steel’s novel The Affair were given out at Loewe (where the soundtrack for a later show featured a reading from Sylvia Plath’s poetry collection Ariel), and Valentino recruited 17 authors for a ‘words-only’ campaign.

Think Kendall Jenner, supermodel and Kardashian sister, spotted on a yacht with her copy of Tonight I’m Someone Else, an essay collection from Chelsea Hodson, stuffed with Post-its 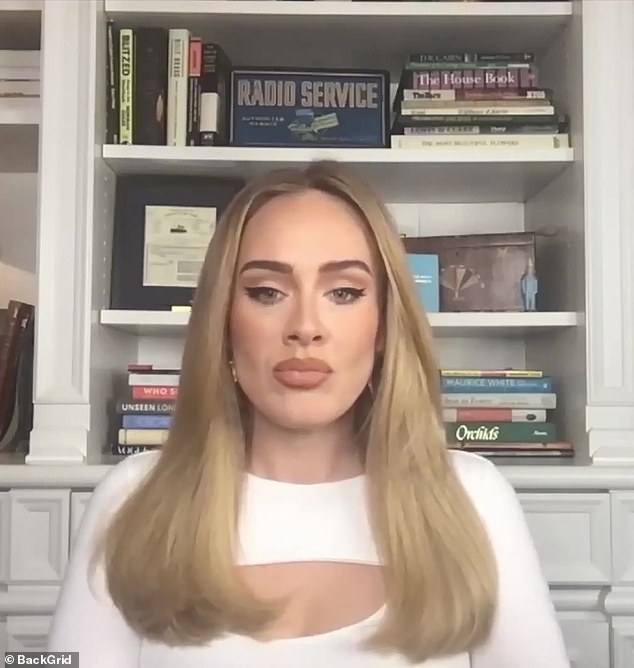 Adele reportedly spent £1,000 in Daunt in order to curate a bookshelf. This side of the Atlantic, bookshops such as Heywood Hill and Daunt Books have become go-to spots where customers can not only show off their impeccable sense of style but also their sizeable intellect

BOOKS TO BE SEEN WITH

The long-awaited sequel to her BookTok hit It Ends With Us lands on October 18. 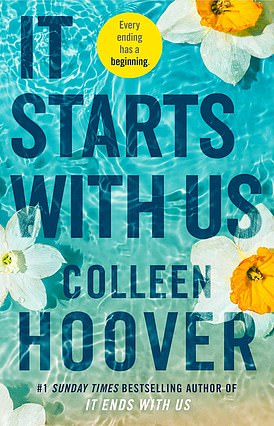 Show off your literary chops with the latest book from the author of the 2018 hit My Year Of Rest And Relaxation.

Focused on a plague-wracked medieval village, this one might feel a little less soothing. 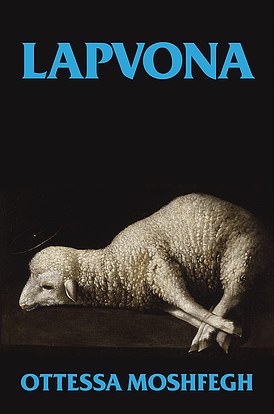 Emma Roberts says ‘Anything by Joan Didion is just a must-have on your bookshelf.’ She keeps copies of this essay collection on hand to give to her visitors. 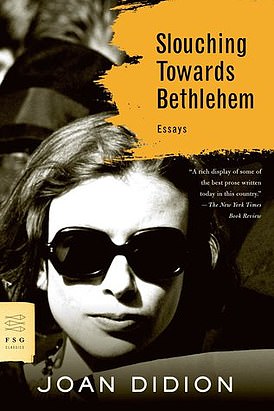 This self-help hit has been spotted in the hands of celebs including model Bella Hadid, and even spawned a trend for a matching ‘Manifest mani’. 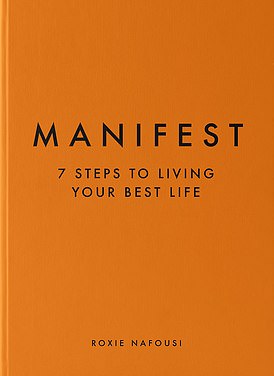 The written word has never been so chic. And it’s a trend that reflects what’s happening off the catwalk: sales of fiction were up 20 per cent last year compared with 2019, according to data company Nielsen, as pandemic shut-in habits stuck.

With printed books offering an ever-more needed respite from screens, trendy author and book curator Thatcher Wine says that books now feel ‘aspirational, providing some balance to all the technology we consume’. After all, what better way to hint you have loftier concerns than scrolling for hours on Twitter than being seen nose-deep in a book?

Books have become the perfect accessory for those keen to hint they have a big brain to go with their beauty.

Think Kendall Jenner, supermodel and Kardashian sister, spotted on a yacht with her copy of Tonight I’m Someone Else, an essay collection from Chelsea Hodson, stuffed with Post-its. Then there’s Gigi Hadid clutching the classic French novella, Albert Camus’s The Stranger.

Meanwhile, actress and director Olivia Wilde was spotted reading Meg Mason’s ‘It novel’ Sorrow And Bliss while on holiday with Harry Styles (what focus).

Oh, and Kaia Gerber, Cindy Crawford’s model scion, and Emma Roberts, Julia’s niece and an actress herself, have both been busy launching book clubs. Emma has apparently said: ‘I want to do for books what Kylie Jenner did for lip kits…you have to have one.’

No wonder, then, that some in the public eye are rumoured to be seeking professional help with the fraught process of choosing the right reading material and showing off their impeccable taste.

The New York Times even went on the hunt for a rumoured ‘celebrity book stylist’, pointing the finger at Karah Preiss, Emma Roberts’s book club co-host.

The creative consultant was vague when questioned — ‘Am I a book stylist? I am not. Or maybe I am, I don’t know. Would it be the worst thing in the world if I were?’ When actress-turned-lifestyle guru Gwyneth Paltrow remodelled her LA home and realised she needed up to 600 more books, it was Thatcher Wine she called.

The speciality bookseller puts together ‘custom curated libraries’ with books he promises will be engaging to read and — crucially — also look great on the shelf.

In the family room, the pair went for ‘light, inviting and easy to grab’, while in the dining room they stuck to a ‘palette of black, white, and grey since it was less of a space where one might read’, Town & Country magazine reported.

Thatcher, based in Colorado, was selling rare books when ‘one thing led to another and some people asked [him] to create a library for their beach house with 3,000 books and they loved it’.

‘What we bring to it is a next-level attention to detail with the books themselves, the content, which titles are in your collection and also the design,’ says Thatcher, who’s written a guide, For The Love Of Books: Designing And Curating A Home Library.

As founder and CEO of Juniper Books he has pioneered custom book jackets, which come in themed sets to decorate your Hemingway or Harry Potter collection, or which can be tailored to your personal preferences.

Want a wall of books wrapped individually so that together they create an oversized artwork of a polo player? Done. ‘We have customers say, ‘Can you curate this and make it hot pink?’ ‘

This side of the Atlantic, bookshops such as Heywood Hill and Daunt Books have become go-to spots where customers can not only show off their impeccable sense of style but also their sizeable intellect. Adele reportedly spent £1,000 in Daunt in order to curate a bookshelf.

At London-based Ultimate Library, the team of book curators creates ‘bespoke book collections’ for homes as well as high-end hotels. (It also runs the bookshop at the luxury Maldives resort, Soneva Fushi, which gets a deluge of applications for its ‘Barefoot Bookseller’ job each year.)

Oxford-based bookselling dynasty scion Philip Blackwell founded Ultimate Bookseller when he saw a growing demand for this type of service. 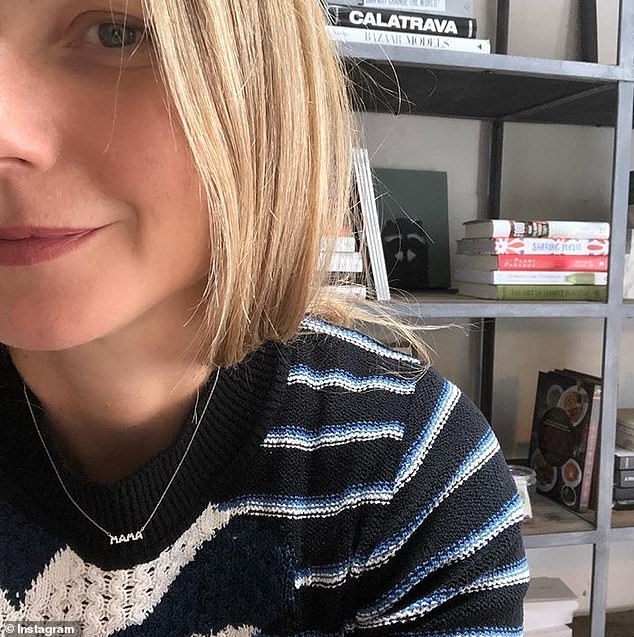 When actress-turned-lifestyle guru Gwyneth Paltrow remodelled her LA home and realised she needed up to 600 more books, it was Thatcher Wine she called

‘He was travelling and staying in luxury hotels around the world and was surprised at the poor selection of books on offer,’ says Simonne Waud, the firm’s director of business development. ‘So, the company initially grew out of the need for quality collections for resorts.’

Now, the team of curators also works with private residents, both alongside interior designers and directly with homeowners. ‘This happened during lockdown: there was an upsurge of individuals saying, ‘I’ve got a study with joinery in it and there are no books — can you help me?’ ‘

So, for those who can’t afford to hire their own book stylist, here are some tips from the professionals.

Packing your shelves full is passe — Thatcher Wine recommends ‘two-thirds full of books and one-third with objects: things you’ve collected during your travels or pictures of your kids’.

For beautiful (and often pricey) coffee table books, take a look at publishers such as Taschen, Assouline, Phaidon, Rizzoli and Abrams. 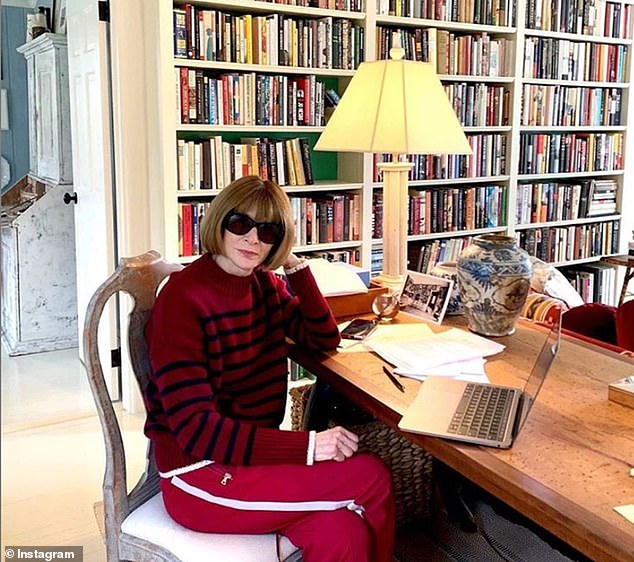 Books have become the perfect accessory for those keen to hint they have a big brain to go with their beauty. Pictured, Anna Wintour

For pops of colour turn to Penguin Classics for its cheery orange books. Meanwhile, Everyman’s Library collection has black-and-white spines for a uniform look. ‘My number one tip,’ says Thatcher, is ‘take everything off your shelves and start with a blank slate’.

The time-pressed keep a keen eye on newspaper book reviews to bluff their way through. Or, simply take a tip from the fashion world when asked what you’re carrying this year, and tell them: ‘Darling, I only read vintage.’