The New Resident Evil Movie Is Closer Than We All Thought 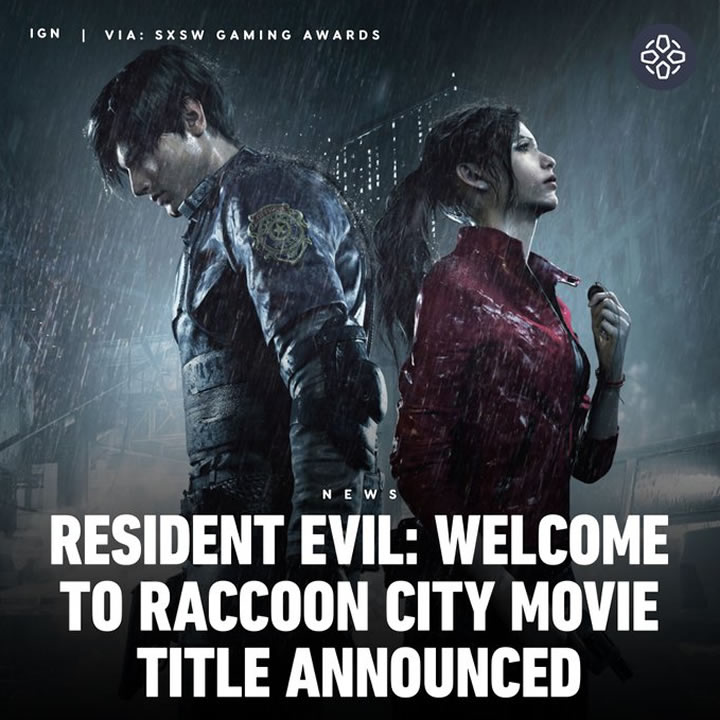 There’s a lot going on with Capcom’s “Resident Evil” intellectual property at the moment. There’s a brand new game scheduled for release within the next month. There’s an animated series in the world and allegedly a live-action Netflix series in the pipeline, too.

There’s a mobile game coming out and remakes of popular “Resident Evil” games of the past being worked on. There’s even “Resident Evil: ReVerse,” which is the “Resident Evil” answer to “Fortnite” that you never even knew you wanted. With all of that happening, it’s been easy to forget that there’s also a new movie being made. “Resident Evil” fans might want to focus on that for a moment because it appears to be far closer than we all suspected.

It’s only been three weeks since the film even got a name. We now know that it’s called “Resident Evil: Welcome to Racoon City,” which confirms what’s long been suspected that the movie will provide a new origin story for the whole “Resident Evil” story. That means potentially throwing 25 years worth of canon out of the window and potentially upsetting a lot of long-term fans in the process.

The story is understood to be based on the plots of the first two games merged together, with video game icons Jill Valentine, Chris Redfield, Claire Redfield, and Leon S. Kennedy all making appearances. Kaya Scodalario of “Skins” fame and Robbie Amell are in the lead roles as the Redfield siblings – and the big news is that they’ve already finished filming their parts.

According to sources close to the project, the movie officially wrapped on filming in Canada at the end of March. The film is now in post-production, with graphic designers putting in overtime to give us realistic, terrifying-looking monsters, zombies, and gory effects. There’s no chance that this film isn’t going to have an R rating when it reaches cinemas.

Presuming that the artists, producers, sound engineers, and everyone else who has a hand in the production at this stage gets their work done on time, we’re looking at a November release for the film. That’s slightly too late for Halloween, which is something we suspect that Constantin Films will look to correct if the opportunity presents itself.

A “Resident Evil” movie would be the perfect thing to go and see during the spooky season. It lends itself less well to late November when Christmas films will begin to appear on the market, and audiences may be less inclined to voluntarily be scared witless.

The previous series of “Resident Evil” movies outperformed all of the usual expectations directed at films based on video games, running to six successful instalments starring Milla Jovovich ending with “Resident Evil: The Final Chapter” in 2016. As is made clear by the title, that sixth film was always intended to be the end of the story, but talk of making a new “Resident Evil” movie began almost as soon as production of the last one came to an end.

“The Final Chapter” made more than three hundred million dollars at the box office against a budget of barely more than sixty, demonstrating that there’s still money to be made from films based on this famous franchise. Where there’s money, there’s always a production company willing to make more films, so it was decided that the best thing to do would be to effectively “start again” with a brand new cast, crew, and narrative.

The final two instalments of the previous films irritated fans of the games despite their popularity with a wider audience. They were adjudged as having deviated too far from the original source material, with the plots taking almost nothing from the world established by the games.

By focusing on the two first games, the producers are taking the story back to its roots and, in the process, will (hopefully) keep those fans happy while giving casual audiences something new to enjoy. If done correctly – and that’s always a big “if” when it comes to films based on games – it should be every bit as popular with “Resident Evil” fans as the brand new game “Resident Evil: Village,” which is still on track for its projected release date in May.

In practice, almost everything associated with the “Resident Evil” name makes money. As we’ve already said, the films have made money no matter how much they’ve annoyed hardcore fans. Even the least popular video games in the decades-old series have provided a huge return on investment for their developers, and the popular ones vastly outnumber the unpopular ones.

“Resident Evil” can even make money when it’s totally removed from the confines of its original form and turned into something else entirely. The sixth version of the game was adapted into a feature attraction for online slots websites, and even that did well.

It’s been a few years since that game was released, so you’re less likely to find it on Rose Slots NZ than you were at the time, but it’s still attracting players in some corners of the internet. Whether it’s filmed, action figures, online slots, films, or movies, this is a franchise that makes big bucks. We don’t expect that to change with the release of the new film.

A lot can happen between now and November, and we’re all aware that there are thousands of things that can affect the production of a film even when filming is complete. In some ways, filming is the easy part. Editing the film, piecing it together and adding all the necessary effects is hard work and can take just as long (if not longer).

It wouldn’t be a huge surprise to see “Resident Evil: Welcome to Racoon City” slip backwards into early 2022, but we hope that isn’t the case. Twenty-five years after the release of the very first video game, all of the frenzied activity that’s happening in 2021 feels a little like an anniversary celebration for the series – and a well-deserved one, at that. It would be a shame if the film was late for the party.