The Night Of The Iguana

Set in Mexico, the plot features a whisky-sodden priest, the Reverend Shannon, who has been booted out of his church for ‘fornication and heresy’. Now working as a tour guide, he’s sleeping with an underage girl, and about to have yet another booze-fuelled crack-up.

Given how much Shannon likes a hair of the dog, The Night Of The Iguana is really The Morning Of The Chihuahua. 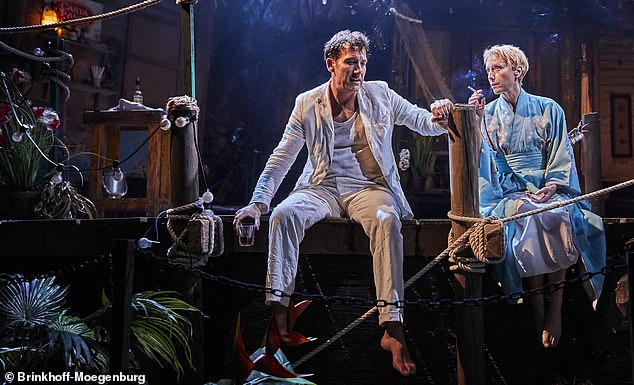 The action takes place in a fleabag hotel near Acapulco in 1940, where there are some revolting German guests, thrilled that London is being bombed. The joint is run by cheery Maxine, who has recently lost her husband, leaving a pea-sized hole in her life.

We meet her, smiling, having just had a quickie with a local.

Film star Clive Owen plays the Rev Shannon. I didn’t fully believe in him. Owen is funny but he misses the raddled, far-gone quality you get from Richard Burton in the 1964 film version – who, of course, didn’t have to act it. 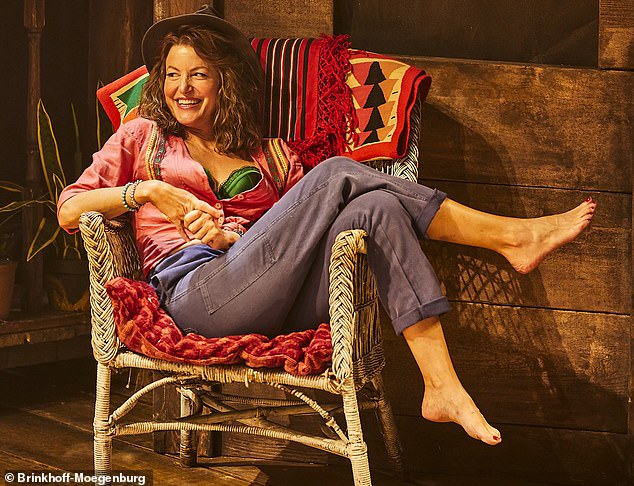 Anna Gunn is loud and lovely but she’s not the ‘stout, swarthy’, voluptuous broad of the writer’s imagining while playing the over-ripe Maxine

Nor is Anna Gunn (so good in Breaking Bad) quite right for the over-ripe Maxine – a part first originated on stage by Bette Davis, who handed it on to Shelley Winters.

Gunn is loud and lovely but she’s not the ‘stout, swarthy’, voluptuous broad of the writer’s imagining.

Finty Williams appears as a sour, vengeful tourist. There’s also an itinerant artist, called Hannah Jelkes, who is looking after her grandfather, a 97-year-old poet (Julian Glover, a mere 84). 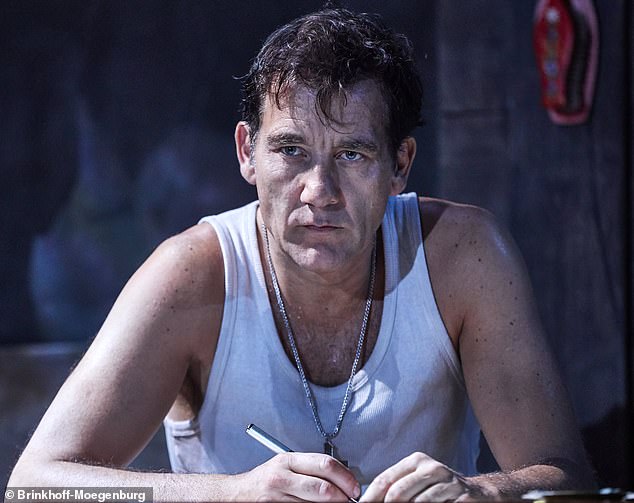 Owen is funny but he misses the raddled, far-gone quality you get from Richard Burton in the 1964 film version – who, of course, didn’t have to act it

In her superb scenes with Maxine and Shannon, she confesses her one ‘love experience’ – a terribly sad business with an Australian salesman.

James Macdonald directs with sure hands. A shame, though, that the captive iguana waiting to be turned into Mexican chicken is never seen.

They wag their tails like labradors when they’re unhappy, apparently. Even a rubber one would have looked good on the rock face of Rae Smith’s Jurassic Park– style set.

A rather static play, but its sheer generosity to boozers and losers feels cheering.

Joseph And The Amazing Technicolor Dreamcoat

Sheridan Smith is back in the West End for the first time since Funny Girl three years ago. She plays the Narrator in a show that has a vast budget and ticket prices to match.

With a gigawatt grin and quiffed wig, Smith doubles up as Jacob and Potiphar’s Wife, while also mothering the kids (they play Joseph’s brothers) like a favourite funny dinner lady.

There are no short measures from her in what feels like a summer panto. Winks, fist-pumps, northern backchat: the musical is built around her virtually non-stop act. 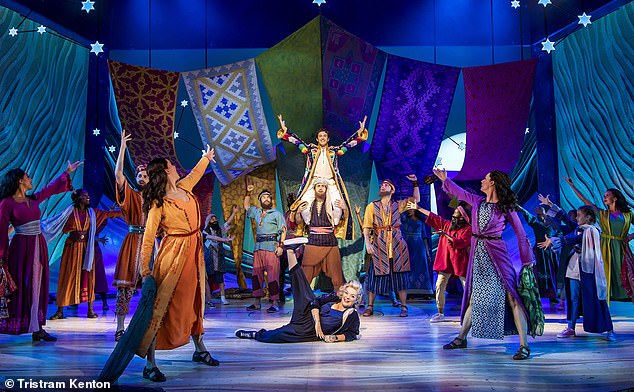 Joseph is played by Jac Yarrow, the show’s new discovery. Not yet even out of drama school, he’s clean cut and absolutely on top of the part; he totally smashes Close Every Door and never puts a foot wrong.

Jason Donovan returns to the Palladium – torso toned and clearly riding a wave of love – after his famous Joseph back in the Nineties. Now he’s promoted to Pharaoh, borne aloft like Cleopatra on a throne. 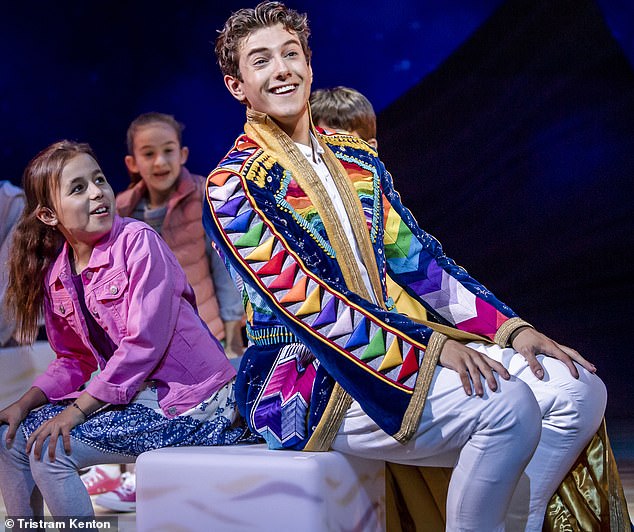 Joseph is played by Jac Yarrow, the show’s new discovery. Not yet even out of drama school, he’s clean cut and absolutely on top of the part; he totally smashes Close Every Door

He gets good mileage out of the Egyptian demi-god’s Elvis- in-Vegas routine.

Director Laurence Connor’s achievement is to exploit fully an excellent cast of kids, just as he did in School Of Rock.

But the evening is too glitzily excessive and over-amplified for my wholehearted vote.

That said, Lloyd Webber’s score sounds as witty and clever as ever, and I doubt Sheridan Smith fans will be disappointed.

This is the story of a lad who blinded six horses with a metal spike. His hospital psychiatrist wants to know why. That involves reliving the awful event in a whydunnit that’s like a Dick Francis thriller dramatised by Sigmund Freud.

Alan is played by a wild-eyed Ethan Kai, with Zubin Varla as the shrivelled-up shrink, Dysart. The former’s unbridled passion – here given a plausibly gay slant – rivals his heartbroken doctor’s chain-smoking pessimism. 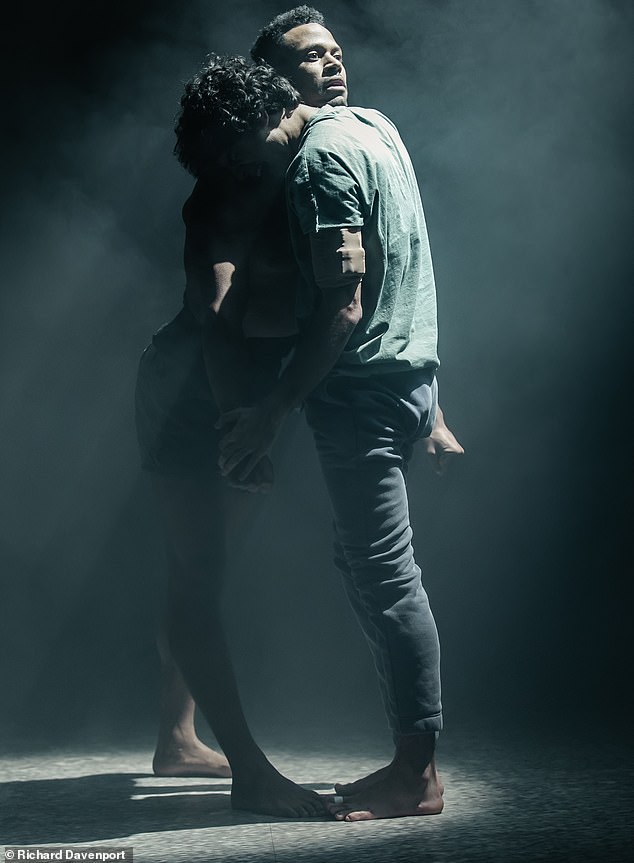 This is a psychobabblish play of Seventies vintage. But in director Ned Bennett’s fresh reinvention, this long-in-the-tooth classic looks like a winner.

Cromer Pier’s seaside show has been going since 1978 and it’s the very last full-season, end-of-pier show in Britain. The menu offers two similarly formatted shows (I saw Show 1) running in tandem through to September.

The all-dancing Seaside Specials are the shows’ lifeblood, the troupe directed and crisply choreographed by Di Cooke. The compere is Paul Eastwood – a very funny, old-school Essex comic who abuses Nigel Hogg, the musical director, and drives the show through its variety.

Harvey James and Emily Yarrow are the two stand-out vocalists of the season. The latter does a fabulous version of Whitney Houston’s I Will Always Love You sung in operatic Italian. 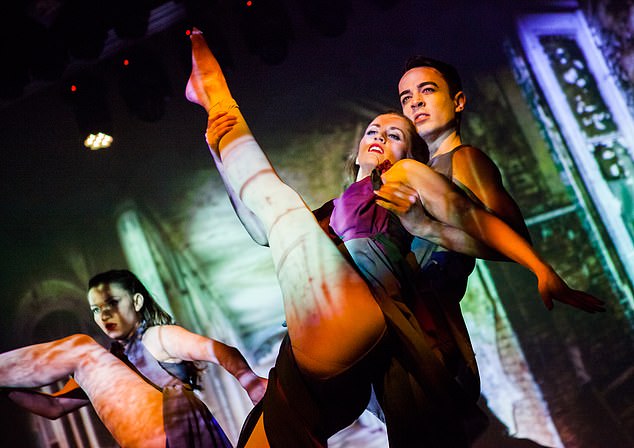 The all-dancing Seaside Specials are the shows’ lifeblood, the troupe directed and crisply choreographed by Di Cooke

You get a literal A-Z of impressions from The Man They Call G, but he’s a rather over-deployed talent. There’s conjuring from Matthew Pomeroy and Natasha Lamb with a multiple-swords-girl-in-a-box trick that happily doesn’t fail.

The whole company gathers for The Merry Old Land Of Oz, the munchkin factor supplied by Marlene’s School of Dancing up the road.

The show could banish the rather obvious music of Abba and Queen – source of the two company numbers – but why should it? The pier rightly cherishes its seaside tradition of family entertainment that’s as delicious as Cromer’s famous crab sandwiches.