Australians are struggling under the weight of pricey groceries, a surge in power costs and even extortionate beers, with life’s necessities more expensive than ever – especially compared to other G20 countries.

Regularly paying more than Switzerland, Japan or America, families are straining to afford everyday goods – despite inflation of just 1.8 per cent.

Families have to cough up for some of the most expensive childcare on earth, and the priciest alcohol outside of Muslim-majority nations, according to analysis by Daily Mail Australia.

While economists expect prices to rise in countries with high inflation rates, costs of everyday items in Australia regular outstrip the rest of the world.

Australia has extortionate childcare costs of $1,804 a month, more than double that of China, Japan and Italy – and even more than America

WHY IS LIVING IN AUSTRALIA SO EXPENSIVE?

Australia enjoys a relatively stable inflation rate of 1.8 per cent.

But campaigners say this is still out-stripping any increase in wages, leaving workers out of pocket at the end of the month.

To make matters worse, tough farming conditions caused by the droughts have seen an increase in the cost of groceries.

Farmers are finding it hard to meet the demand for goods, meaning the prices are increasing.

Energy prices are nearly three times that of China, with electricity costing more than even New Zealand, according to the Numbeo worldwide cost of living database.

The average cost of cooling, heating, electricity and water in a 85m-squared unit is $205 a month in Australia – but and just $77 in China.

Australians also have to pay for some of the most expensive groceries on Earth, with basic items such as bread and apples costing up to 50 per cent more than countries with a similar GDP.

Daily Mail Australia has broken down the cost of everyday basics compared to the rest of the world.

The data is pooled from thousands consumer-submitted prices from across the globe. 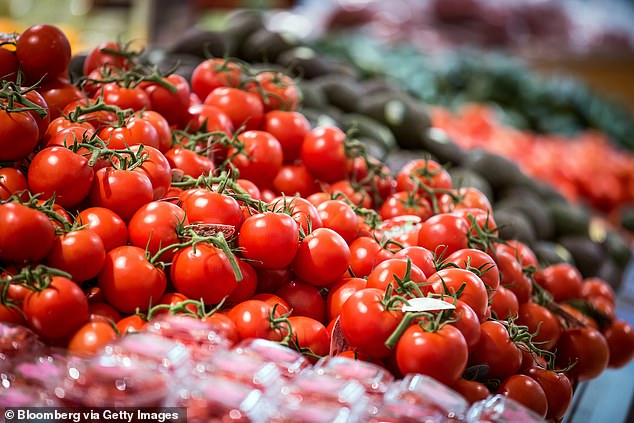 Groceries in Australia have rocketed in price because of the drought plaguing the country’s farmers. Tomatoes are now regularly $5 per kilo (stock image)

The humble tomato regularly costs around $5 a kilo down under, compared to just $1.70 in China and just $3.40 in the UK.

At $16 per kilo, ground beef is also a pricey kitchen staple – with cheaper beef easy to find in the UK and Canada.

On the whole, grocery prices in Australia are an eye-watering 23.6 per cent higher than in London – frequently dubbed one of the priciest places on earth.

Even bananas – which are grown in large numbers in Australia – will cost 56 per cent more than one imported into London, at $3.51 a kilo compared to just $2.23. 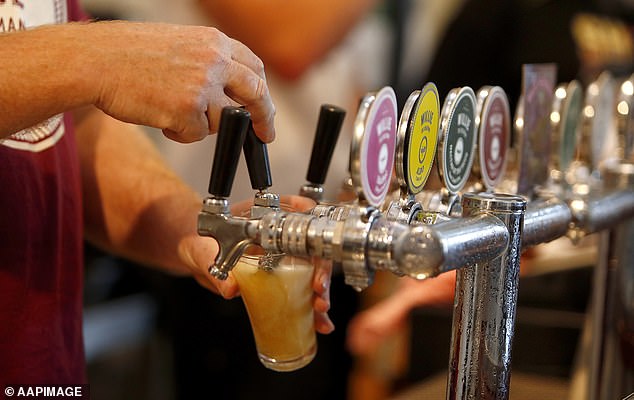 On Monday, tax on alcohol is being increased yet again – this time by 1.2 per cent (stock image)

Smokers also face the most expensive cigarettes on earth at more than $30 a pack, compared to $29 in New Zealand and $15 in Singapore.

And for an after-work drink, only strictly religious countries are more expensive than Australia.

A half-litre bottle of domestic beer will set you back $5.20 on average, more expensive than notoriously pricey Norway or Japan – where it costs just $3.52.

Earlier this week, the government increased tax on alcohol yet again – as it has done every six months for the past 35 years.

Brett Heffernan, CEO of the Brewers Association of Australia, told Daily Mail Australia: ‘Having a beer with mates is rapidly getting beyond the reach of ordinary Australians.’

WHY IS ALCOHOL GETTING MORE EXPENSIVE?

On Monday, tax on alcohol is being increased yet again – this time by 1.2 per cent.

Brett Heffernan, CEO of the Brewers Association of Australia, warned having having a beer with mates is ‘rapidly getting beyond the reach of ordinary Australians.’

The government was accused of ‘relentlessly slugging’ ordinary Australians.

On stubbies, cans and longnecks, Aussies pay $2.23 per litre of alcohol in tax.

With such high living costs, parents are increasingly forced to put their young children into childcare so they can keep working – which only adds to the monthly bills.

Australia has the third-highest childcare costs on earth, after only Switzerland and the Netherlands.

But luckily for those working in exclusive Zurich, they enjoy much higher wages to make up for it – double that of the average Australian at around $10,000 a month.

The average Australian income is around $1,634 a week.

But a full day at a private preschools sets families back an average of $1,804 every month.

The outlook is also grim for those wanting to get on the housing ladder.

People seeking a city centre apartment in Australia pay an average of $7,775 per square metre, more expensive than New Zealand or the United States.

And the rental market doesn’t fare much better.

For a one-bedroom unit in Sydney, punters will be set back an average of $2,545 per month, 50 per cent higher than in Tokyo, where residents pay around $1,697.

If you need three bedrooms, this balloons to $4,391 per month for a Sydney unit.

According to the Housing Industry Association, affordability deteriorated in five out of eight Australian capital cities in the last quarter.

This was led by Sydney and Melbourne where the bounce-back in dwelling prices offset ongoing earnings growth, making homes less affordable. 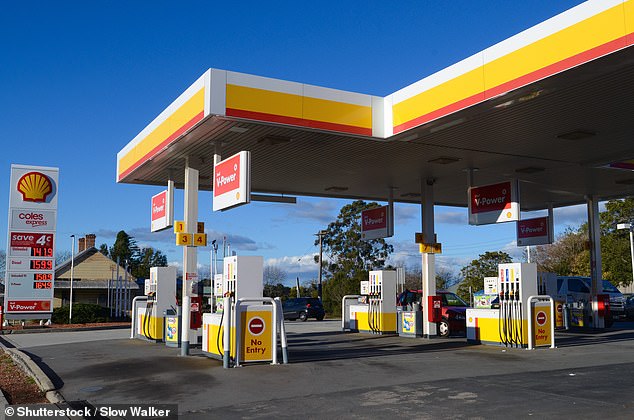 While paying $1.50 for a litre of fuel is relatively good by global comparisons, it is still far more expensive than dozens of countries – even much smaller nations that rely less on cars to get around. 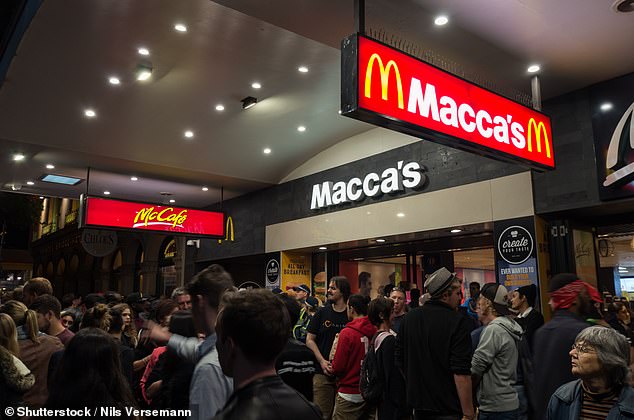 A McDonald’s combo meal is more expensive in Australia than in New Zealand, Canada or the USA (stock image)

If Australians look to dining out to avoid extortionate grocery fees, they ought to make sure they bring their credit card.

A meal for two at a mid-market restaurant will cost around $80, rising to $88 in Sydney.

This makes it among the most expensive countries on earth to eat out, only topped by the likes of Scandinavian nations such as Denmark, Norway and Sweden.

Even a trip to Macca’s is relatively expensive, with a combo meal costing around $12.

It’s cheaper to buy a Big Mac in New Zealand, Canada, the United States and the UK. 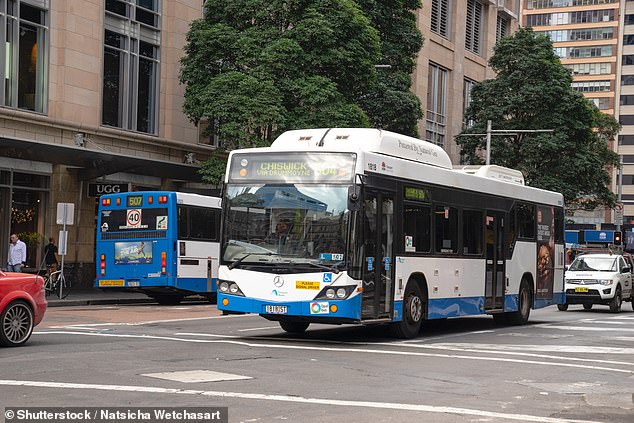 Monthly transport passes in Australia are the third most expensive in the world at $150 on average, only cheaper than Ireland and Iceland (stock image)

For those looking to avoid the pricey pitfalls of running a car, even public transport in Australia is likely to be worrisome for your bank balance.

Monthly passes are the third most expensive in the world at $150 on average, only cheaper than Ireland and Iceland.

Even season tickets in Norway, Switzerland and Sweden are cheaper. 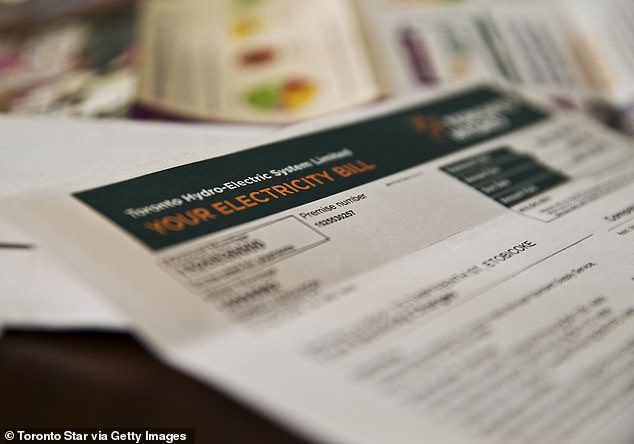 Charges vary wildly between states with South Australia the most expensive at 43.17c per megawatt hour, followed by NSW on 39.01c/kWh.

On average, the cost of running a 85m-squared unit is $205.1 per month for electricity, heating, cooling and water.

Economist Percy Allan said the rocketing energy and fuel prices were thanks to the government’s ‘confused energy policy’.

He told Daily Mail Australia: ‘Our high electricity prices seem to be due to a confused energy policy resulting in baseload energy supply being constrained and investors holding back on building renewable alternatives because of a lack of official guidance.

‘There has also been slow action in re-configuring the electricity grid, slow installation of major storage facilities to enable solar and wind power to be used and natural gas reserves being locked up in Victoria and NSW.’ 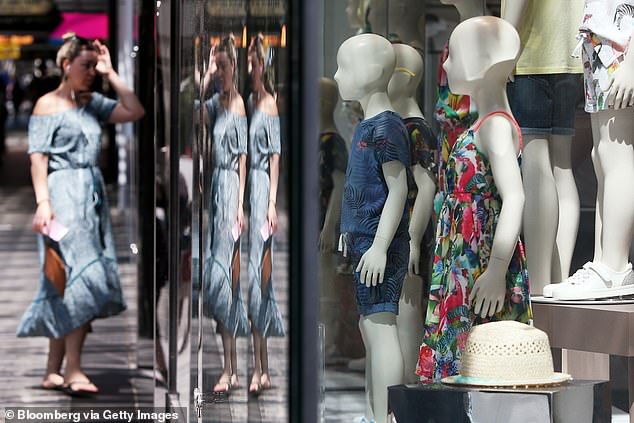 A pair of jeans in Australia will cost an average of $96, compared to just $64 in America (stock image)

For the fashion-conscious, Australia offers a range of fun and flirty styles.

But they come at a price, with an average summer dress in a chain store such as Zara setting fashionistas back $58.

For a pair of standard jeans, Australians part with $96 on average.

This is compared to just $64 in America.

Food prices spiked earlier this week after drought conditions have a disastrous affect on shopping bills.

The cost of groceries rose by 1.3 per cent in the last quarter alone, with the price of beef and veal shooting up by 4.7 per cent.

The most significant price rises in the December 2019 quarter were tobacco at 8.4 per cent, domestic holidays, travel and accommodation – 7.3 per cent – automotive fuel – 4.4 per cent – and fruit – 6.8 per cent. 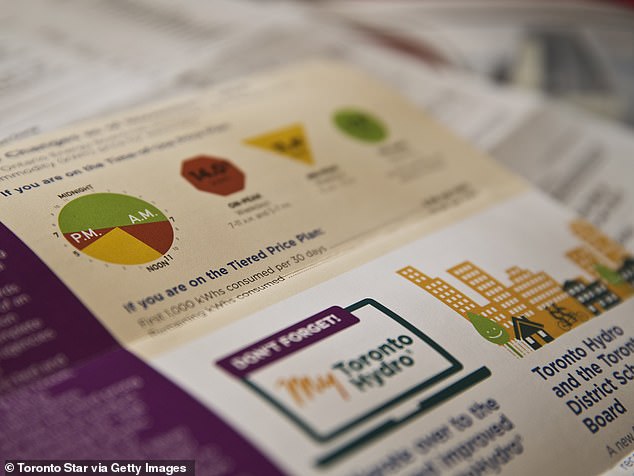 Household hills are rising for Australian families, but it is not being followed by wage increases (stock image)

‘Both the impact from the drought and lower seasonal supply contributed to price rises for fruit (+6.8 per cent) this quarter.’ 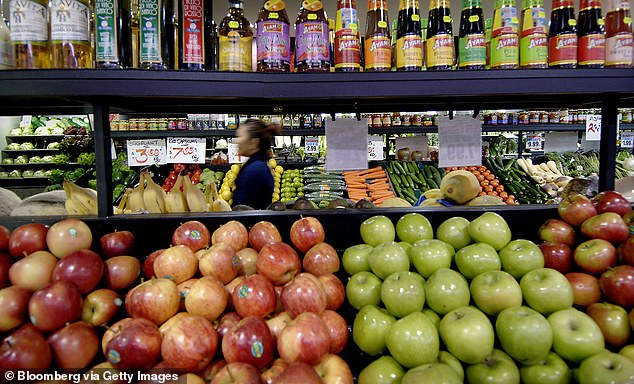