The one that got away! Deer survives dramatic ambush sprung by tiger in Indian wildlife reserve

This is the dramatic moment a heard of deer were ambushed by a tiger who charged out of some bushes while its prey drank from a pond.

However, the fleet-footed deer managed to escape harm and dodge the tiger’s surprise attack.

The photos were captured by photographer Mritunjay Kumar Tiwary at the Ranthambhore National Park and Tiger Reserve, in Rajasthan, India.

The dedicated photographer waited for six days after finding the spot, describing it as the perfect site for an ambush attack.

On the day he took the photo, he had to wait for another five hours in 48C heat for the exact moment of the eight-second long action.

The deer are completely unaware of the predator but still manage to escape, leaving the disappointed tiger to cool off in some water.

The first photo shows the deer drinking water from a pond, blissfully unaware of the impending drama. The tiger, which cannot be seen yet, is stealthily hidden away in the bushes to the right of the pond 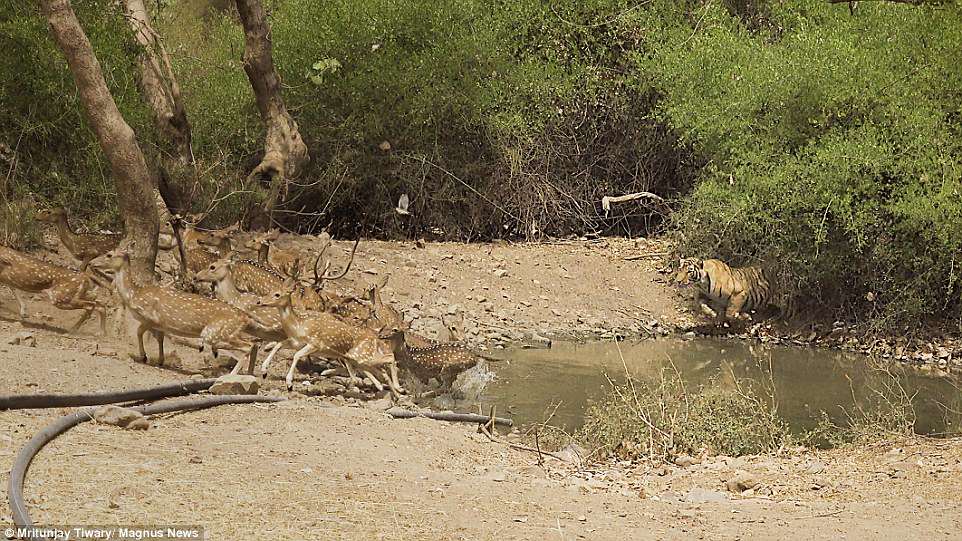 The second image shows the tiger bursting out from its cover and stalking towards the deer. The would-be prey reacts quickly, however, and starts to run away despite being initially startled by the appearance of the predator 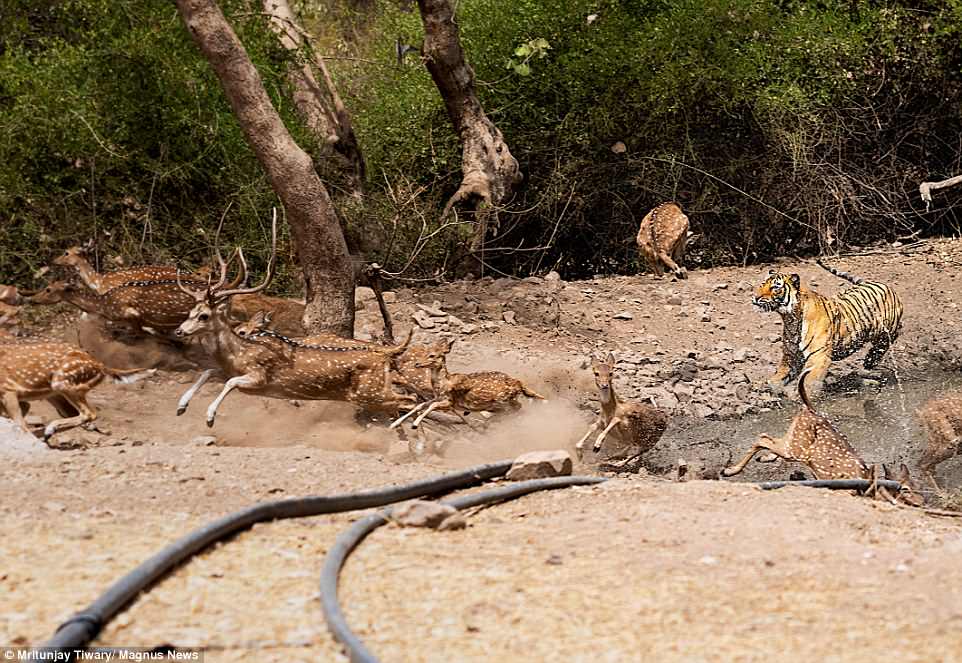 The tiger stops suddenly near its prey as he takes in the scene. The presumably terrified deer can be seen fleeing in every direction, including several young fawn 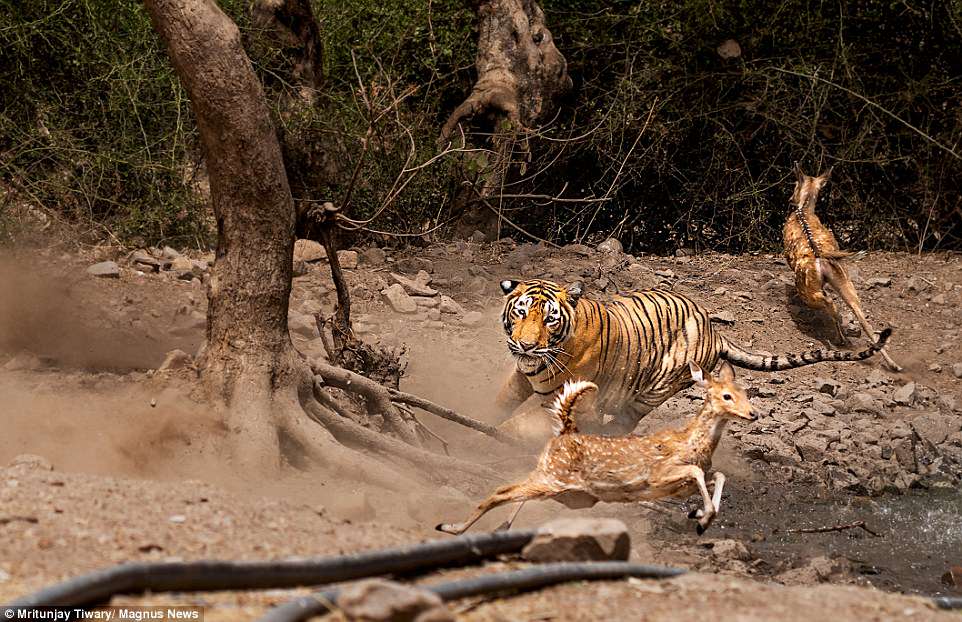 This brilliant shot shows the focused eyes of the predator while an acrobatic young deer leaps gracefully away as it is chased by the powerful tiger. The animal seems to realise that its prey is about to slip away 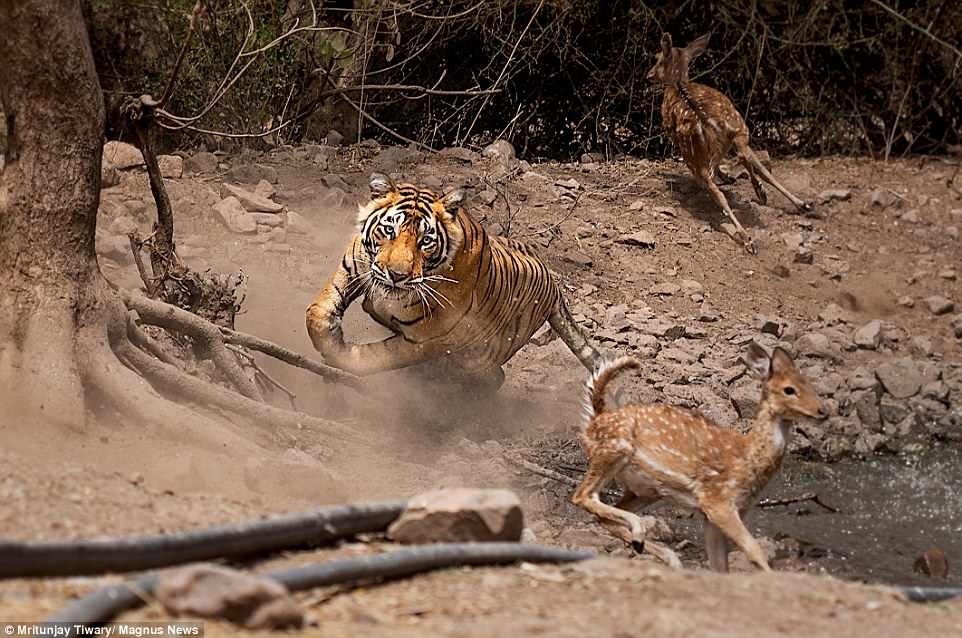 The powerful predator looks to be focusing every muscle on the young deer as it leaps through the air and heads towards its prey. The climax of the sequence of photos shows the tiger stretching to catch at least one of the animals it’s hunting 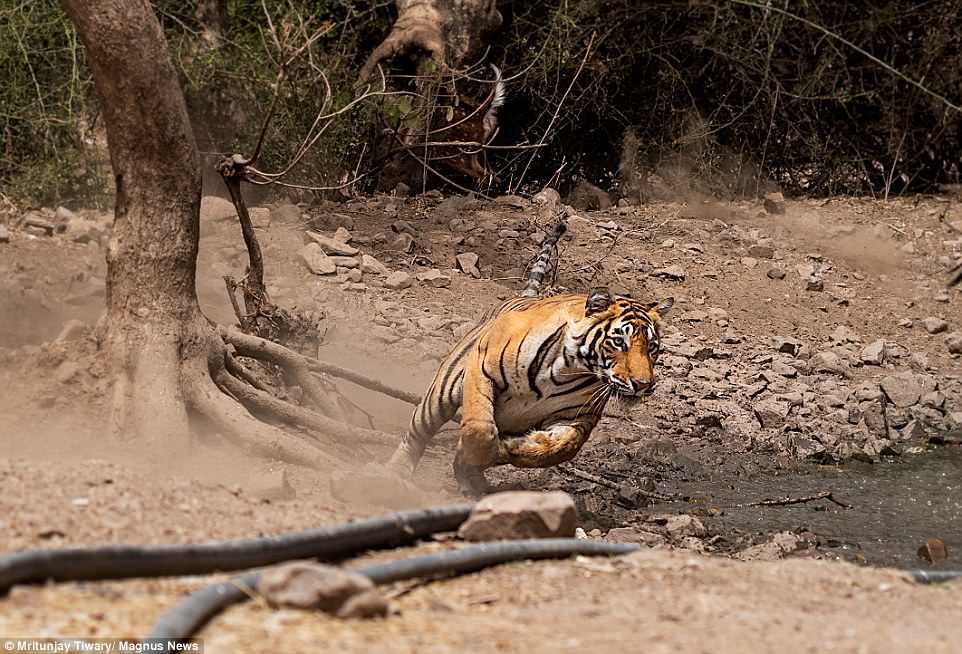 However, it seems as if the tiger has failed on this occasion as it lands back on the ground without any deer in sight in the searing heat of the Ranthambhore National Park and Tiger Reserve, in Rajasthan, India 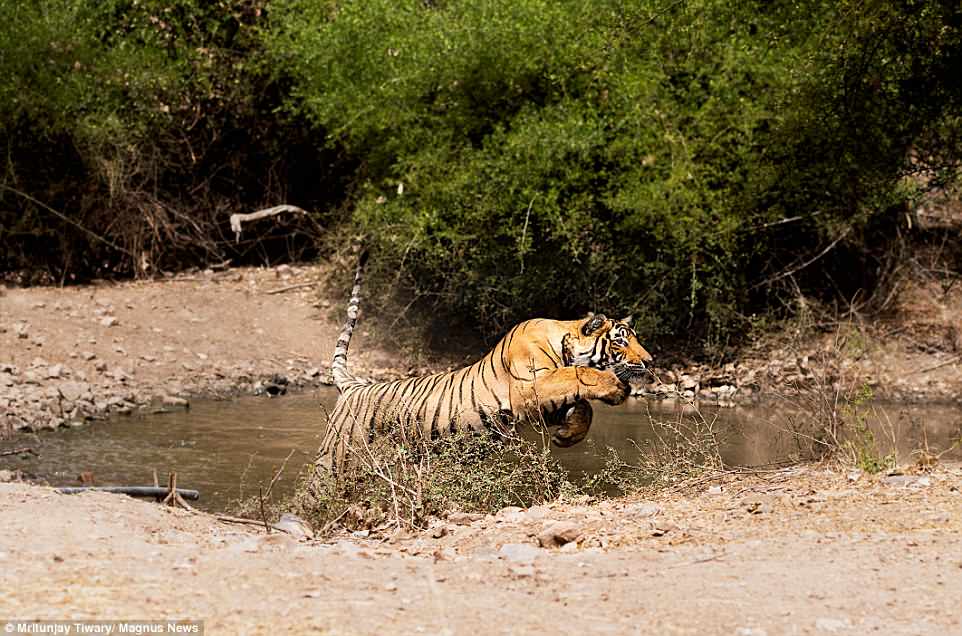 Despite startling the herd of deer after suddenly leaping out of some bushes, the tiger fails to grab any lunch. All the deer have escaped by this point as the predator bounds around the watering hole trying to find something to eat