The Ongoing Hide ‘N Seek between Hulu and VPNs 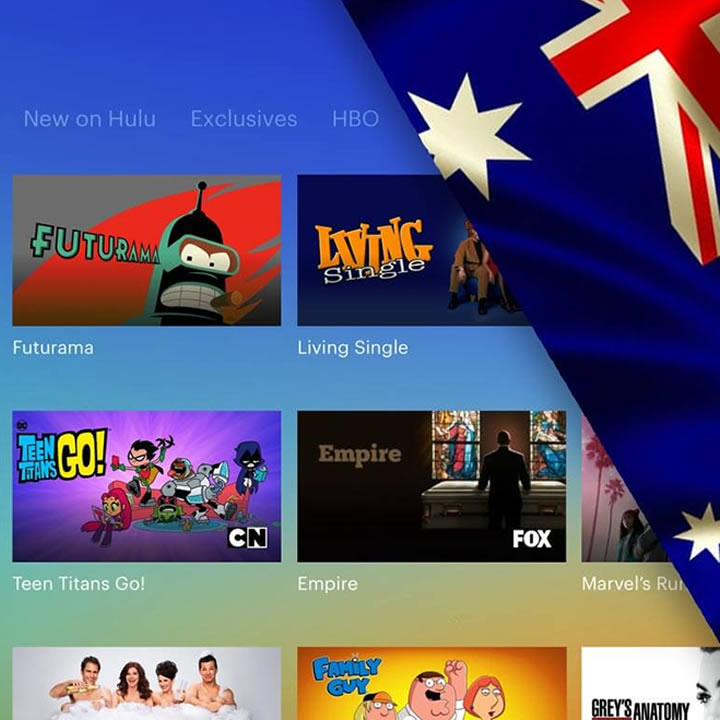 Hulu is an American subscription-based Video-on-Demand (VoD) service that hosts content from major production houses like ABC, Disney, Fox, and NBC on a single platform. Launched as a private beta site in 2007, the service now owns a significant place for itself among top popular streaming services.

With a comprehensive collection of TV series covering both current-season and on-demand shows and movies, Hulu already has the attention of streaming lovers and binge-watchers worldwide.

However, due to Hulu’s licensing agreements and copyright regulations with its contributing production houses, the VoD is bound to keep its services to the US. This means, it is not officially available for users in other countries, and you may have to unblock Hulu, if you want to access it!

Go here to learn how you can watch Hulu outside the US by subscribing to a VPN service. This way, whenever you try accessing the Hulu website, you can avoid receiving the “We’re sorry, currently our video library can only be streamed within the United States” error!

Why Use a VPN Service with Hulu?

Virtual Private Networks, abbreviated as “VPNs” are known for providing you with safety, privacy, and anonymity for your online activities. When enabled on your device, a VPN keeps your data secure from the prying eyes of cybercriminals, government agencies, and local ISPs.

However, security is not the only thing where VPNs can facilitate you. One central use of VPN applications is to bypass online censorship, geo-restrictions and government-enforced firewalls, giving you the freedom to access your desired streaming sites.

How Does a VPN Unblock Hulu?

It is always your IP address that is being hunted behind-the-scenes by Hulu. If the service finds your IP as a non-US address, it immediately denies you access to their website. This is where VPNs add encryption to your network traffic and make your original IP address untraceable for Hulu.

In addition to this, the VPN routes your data to Hulu from their servers in the US. As a result, Hulu thinks you are connecting from within the US, while you actually reside somewhere else in the world. It’s a clever way to fool VoDs of course, but this is just the beginning.

To make your streaming experience smooth and seamless, VPNs also invest heavily in their servers’ network infrastructure. This includes servers’ strategic distribution in different countries to give you maximum coverage by their servers for unblocking geo-restricted sites.

Moreover, the large number of servers gives you the advantage of connecting to another server in the same location in an instant if in case one server is down or not giving you your desired speed. Bear in mind, though, that not all providers have the infrastructure or canniness to bypass geo-restrictions.

How Hulu Knows When You are Using a VPN?

Hulu uses a robust algorithm that combines all the above technologies into checking the IP address and data traffic of its users. If the VPN fails to bypasses these blocking mechanisms, you instantly receive the “You appear to be using an anonymous proxy tool. You’ll need to disable it to access Hulu” error!

Although there’s no solid proof, it may be possible that Hulu is working in coordination with other online fraud detecting companies for gathering valuable internet traffic data of IP addresses. As such, they can quickly identify VPN IP addresses through a blacklist, which instantly blocks you.

Moreover, if you are using a VPN, and if it fails to completely hide your browser cache with cookies from multiple geographic locations, it would be enough to alarm Hulu. This would result in an unsuccessful attempt at unblocking Hulu, which can be quite frustrating, to say the least.

Another thing that can make your VPN detectable by Hulu is DNS (Domain Name System) leaks from your system. DNS converts domain names into IP addresses, making it convenient for users to access websites through their domain names.

For such reasons, we always recommend using a premium VPN that covers sufficient advanced security features to hide your IP address, gives protection against DNS leaks, and has a zero log policy. Hence, you get the ultimate privacy when accessing geo-restricted content.

The Feud Between Hulu and VPNs Continues

Hulu’s long-kept secret anti-block technology is more robust than most streaming services and is very good at detecting false IPs and phishing attempts from proxy changers. The service keeps cracking down on anonymous IPs they find involved in circumventing the geo-block of Hulu.

On the other side, Hulu is growing more and more in popularity in many countries despite the location disparity applied to its service. To tackle this, VPNs are putting more effort into coming up with methods to bypass blocks, which includes utilizing “Obfuscation” technology on all servers.

This technology allows providers to transform VPN traffic into regular HTTPS traffic through port 443, which makes it seem as if you are a regular internet user in the eyes of Hulu. As such, despite all efforts, some VPNs are still able to bypass anti-VPN blocking technologies!

Will Hulu Ever Expand Outside the US?

Hulu has its reasons for keeping its service restricted to the US for more than a decade. Since Hulu has to abide by the licensing deals made with its partner production houses, it will not breach its contracts.

However, after Disney took significant stakes in Hulu, including the transfer of leadership, Disney’s CEO has shown interest in rolling out Hulu outside the US in 2021. Yet, no exact time has been committed for its expansion, which may also be a result of the COVID-19 pandemic.

We all hope that in the coming year, we will see Hulu expanding outside the US. And even if it takes longer than that, VPN services will keep coming back stronger to beat geo-blocks imposed by streaming services. If you’re a binge-watcher, it’s probably time you get one too!