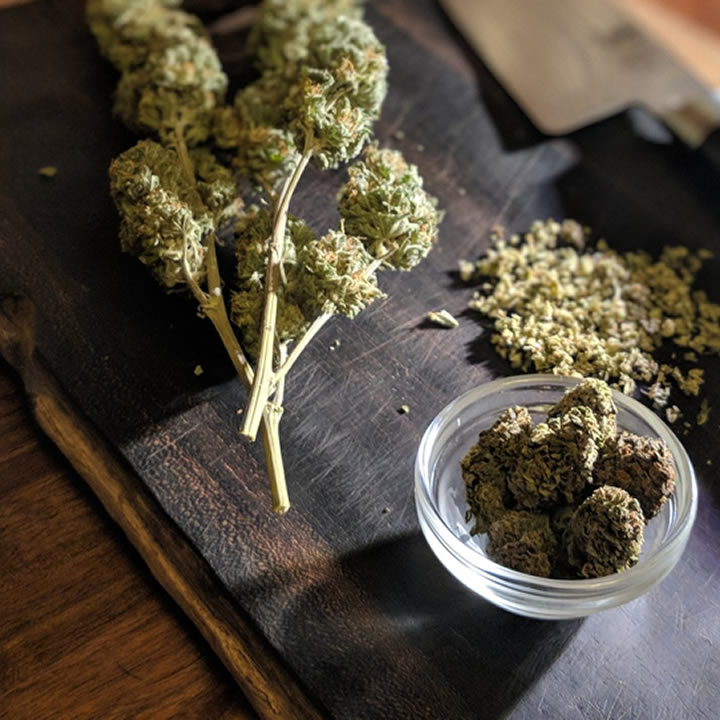 In these fast-paced modern times, rolling your own joints and blunts is increasingly outdated. It can be difficult, messy, and time-consuming. A similar issue cropped up in the tobacco industry more than a hundred years ago, and the shift was made from rolling your own cigarettes to purchasing pre-rolled ones.

Now, the cannabis industry is in the same booming boat; rolling your own J’s is out and buying perfectly pre-rolled ones is in. But pre-rolls popularity would be nothing if for pre-rolled cones, which are seeing a surge in demand alongside pre-rolled joints.

Sometime in the not-so-distant future, pre-rolls will become the most sought-after method of smoking joints, just as cigarettes and cigars are the most popular form of consuming tobacco. Their convenience is causing increased popularity amongst cannabis consumers and companies alike.

At the center of the burgeoning world of pre-rolled cones and joints are superlative companies like RAW. RAW cones are rolled by hand from their premium unrefined rolling papers, a fan favorite for decades now.

If you own a dispensary or smoke shop, you likely already have RAW cones and papers on your shelves, but if you don’t, you’ll definitely want to bring them in. Cannabis consumers have a clearly increasing interest in the convenience pre-rolled cones offer over attempting to roll their own.

It’s no secret that an overwhelming amount of industries experienced negative effects throughout the pandemic, but the cannabis industry was somehow able to not only avoid those negative effects but actually thrive in the process, as well. Cannabis pre-roll sales were up nearly 50% in 2020 from 2019, despite the ravaging effects of the COVID-19 pandemic.

The same surge in pre-roll sales is happening to pre-rolled cone sales (which only makes sense since cones are the base of perfectly pre-rolled joints). Brands like Futurola, Elements and RAW are being scooped up by manufacturers and consumers alike as demand for pre-rolls increases and people move away from the tricky task of rolling from start to finish at home. People love pre-rolled cones because they allow them to quickly fill up, twist up, and spark up without wasting time attempting to make a perfect pre-roll.

But while everyone was stuck at home clamoring for pre-rolls to tote on their sullen neighborhood trots, pre-roll companies have faced the challenges of social distancing and safety. Throughout the pandemic, many have been unable to have as many employees in their manufacturing areas- employees that were once hand-rolling pre-rolled cones.

The demand shot up, but the supply chain saw a big hit – with the exception of RAW, which has managed to stay up with the surge somehow! As a result, pre-rolls and cones are some of the hottest commodities in the industry right now!

At the moment, Millennials and Generation Z are the two groups that consume the most cannabis, and they’ve made it abundantly clear that they actively seek out convenience in their cannabis routines. Concentrate vape pens are also surging in popularity alongside pre-rolled joints, which only clues us into how those age demographics prefer quick, easy, and potent forms of cannabis.

They also seek out sustainable and healthier smoking practices, and most pre-rolled cone brands (like RAW and Elements) are great options for checking off all of those boxes.

Pre-rolled joints blunt, and cones offer unmatched convenience in the flower-smoking world that Gen Z and Millenials are all about. Cones are super easy to use – you just need to grind the flower, sprinkle it in, pack it down, twist it, and smoke it! Pre-rolled joints are ready to spark the moment you open the package, which makes them especially popular for people who don’t even want to fill a cone, as well as those on the go.

RAW has long been loved for their unrefined hemp rolling papers and cones, and Gen Z and Millennials have latched onto those kinds of healthier smoking options. RAW is an ever-popular household name in the cannabis industry and after all these years, people only seem to love them more each passing day.

Their papers and cones prevail amongst cannabis consumers as some of the very best in the game, especially because of their health-conscious materials (unrefined = no harmful chemicals).

The modern cannabis crowd simply loves pre-rolled joints, especially those who value the true taste and aroma of weed. Vapes are convenient and flavorful, but they can be harsh and mask the true flavors and smells of the fresh, dank flowers.

There has been a steady trend toward medical and recreational legalization across the nation over the past several years. As weed becomes more accessible, the demand for specific strains, high-quality flowers, and convenient and luxury methods of smoking continuously increases.

Top shelf pre-rolled cones offer those features to cannabis smokers in a unique and enticing way, and if you’re not already on the pre-roll game we highly recommend you get in on it sooner rather than later.