The perils of two businesses and a baby!

Ten years ago, Diana Isac rented a minibus and embarked on a wine-and-food tour across France and Italy with her fiancé Paul and ten friends.

It was a special trip, but the hassle of trying to book wine tours, restaurants and small independent hotels nearly defeated her.

‘I had to do so much research, browse multiple websites, make so many phone calls,’ Diana, 39, recalls. ‘When we got to Burgundy, it was just before Bastille Day and every vineyard turned us away saying the slots were taken. Even though four of us spoke French, it was stressful.

‘In the end we went to a local shop and sampled some wines, but we were kicked out at 4.30pm and the next restaurant didn’t open until 9pm.’

When they moved on to Italy, many of the wineries they visited felt commercial rather than authentic family businesses.

Back home, at her desk in London, working for global investment bank BlackRock, she found herself daydreaming about secret wineries hidden among lavender fields in Provence and the rolling Tuscan hills.

‘I said to Paul, who runs a fine wine merchant: “I wish there was a TripAdvisor for wine travel, so people could book hotels, the winery tour and the food experience — all in one place.” And he said: “You’re not enjoying working in the City, why don’t you do it?” ’

She gave up her very well-paid job to launch her own website.

In the early stages, she wondered if she’d bitten off more than she could chew. Hard work wasn’t a problem — in the City, her working hours were often 7am to midnight. But she encountered a fairly old-fashioned world of wine including ‘the lack of technology, the inability to book online, the closed, almost private members’ club nature of the industry and the fact the world of wine travel was still very much male dominated.’

She took a wine qualification with the Wine Spirit Education Trust (WSET) and studied e-commerce start-ups such as Uber and Airbnb to see what had made them successful.

Diana says: ‘What I could see immediately was that with an online business like ours, the biggest challenge was going to be identifying the right product i.e. the tour, the activity, the winery, the hotel, and finding the customer.’

Winerist launched in 2014 (with investment from the former CEO of booking.com, Kees Koolen) as an encyclopaedia of tried-and-tested wine and food destinations around the world, from harvesting and grape stomping in Portugal’s Douro Valley to truffle hunting and wine tasting in Piedmont, Italy, the home of Barolo. 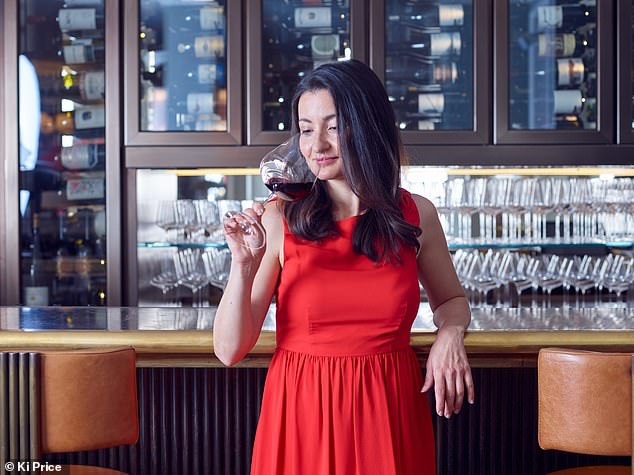 Diana (pictured) became pregnant with her son Alexander, as her business was beginning to take flight in 2016

In 2016, as the fledgling business began to take flight, she became pregnant with her son, Alexander. ‘It was the most challenging year of my life,’ she says ruefully. ‘Winerist was first, and I felt very emotional about it because it was like my baby — detaching myself from it was hard.

‘But then my son was born, who was so dependent on me, and in the UK we don’t get as much support as you do in other European countries. Nanny costs are high and not sustainable on a start-up salary. I had to hire staff and pay them to grow the business.’

She adds: ‘I didn’t want to send him to nursery as I was concerned he would get sick a lot and then I would need to stay home with him when he was unwell.’

NOW SEIZE YOUR CHANCE TO ENTER OUR AWARDS

Want to take your business to another level? The Daily Mail/ NatWest Everywoman Aphrodite Award gives your venture instant prestige — plus access to an elite group of the UK’s top female entrepreneurs and mentors.

To enter, you must be based, or have your chief operation, in the UK and have set up your business from scratch while raising a child, or children, aged 12 or under. Deadline for entries is July 5, 2021. For full entry details see:

Her husband Paul is an entrepreneur, and in the thick of his own start-up — IG Wines, which offers specialist advice for collectors and investors.

He couldn’t drop everything either. The only way they could juggle work and Alexander was for Diana to leave the UK for four months and join her mother in Moldova. Diana had left her home country at the age of 16 to come to study in the UK.

‘I really wouldn’t advise any couple to launch two businesses at the same time,’ she laughs. ‘My husband was very understanding and my mother looked after Alexander while I worked solidly from her house.

‘Paul and I met in London, over ten years ago. We bonded over a love of French and Russian literature and, later on, over wine.

‘He used to call me a super taster. I was good at guessing flavours because of my childhood spent on my grandparents’ farm in Moldova, eating and making jam from berries, white cherries and quince.’

Today, Winerist offers 1,500 hand-picked wine ‘experiences’ in 133 destinations and is the largest online travel specialist for wine and food tours, featuring hotels, wineries, wine tours and cooking classes. Prices range from free to £120 for lunch and truffle hunting. ‘We take up to 35 per cent of our experiences off the site every year. It truly has to be the best.’

Covid has been a huge challenge, of course. Diana refunded all holidays last March, furloughed staff (she has 14 full-time now) and spent time perfecting itineraries to make them truly memorable when travel reopened. 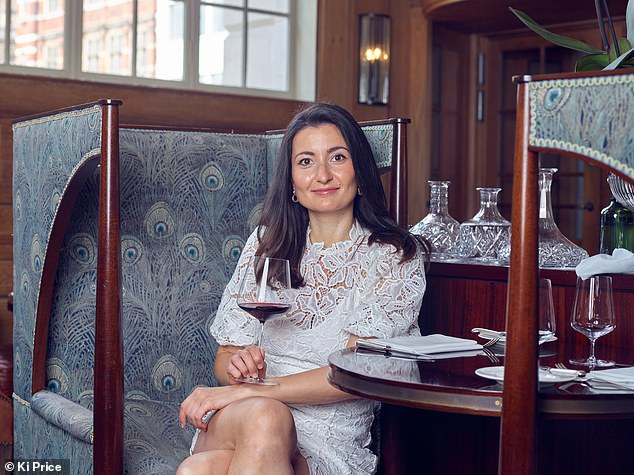 Diana (pictured) had to refund all holidays last March and furloughed staff, but had an upside during the past year with the arrival of another baby

‘We emailed customers checking how they were and sent them wine offers. We got photos back and so many messages checking in with us, our family and our health.’

It was a difficult time. But there was an upside — they had another baby, a daughter named Ariadne, and this time they were all able to spend the early months together as a family.

Diana continues: ‘I had the luxury of time and was able to enjoy motherhood. My husband was home and it created a great bond.’

She hopes all EU countries will make it onto the green list at some point this summer and that the traditional wine regions will welcome Brits who are likely to have been double-vaccinated.

Sixty per cent of Winerist customers who had to cancel their plans have already rebooked.

‘It shows staying true to your customers is the most important thing,’ she says. She thinks vineyard tours are ideal for travellers on their first holiday in more than a year — there’s plenty of space and most activities are outdoors. 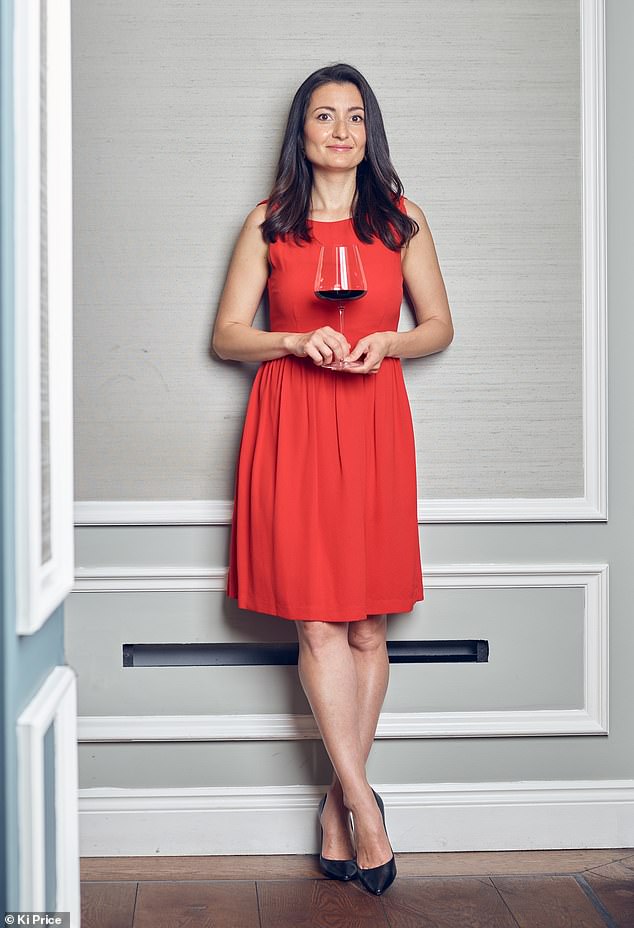 This year, Airbnb and TripAdvisor both signed partnerships with Winerist to provide wine-specific outdoor experiences for them (such as a Covid-friendly dinner with a winemaker under the stars). And in June, Winerist launches a luxury concierge platform offering exclusive access to chateaux and private helicopter rides.

But the news is constantly changing. ‘We have had to learn to adapt. It’s the best lesson from this pandemic. Making last-minute changes on an email campaign or our social media is all part of the job.’

For Diana, there is the inevitable juggle of work and childcare. ‘I get up at 6am and try to squeeze in exercise, then we have breakfast together, play for a bit and I am usually out of the house by 8am.’

The upside is Alexander, now five, is a very easy child. ‘We’ve travelled with him from the moment he was born. He’s given white, pink and red grape juice instead of wine.’ And Diana is now on a mission to ensure wine travel is easier for families.

With her staff, she encourages flexible working — her head of sales is a mother of two.

‘We’re often sending emails at 9pm, when the kids are in bed,’ she says. ‘As a mum, you’re used to being constantly on the go.’ 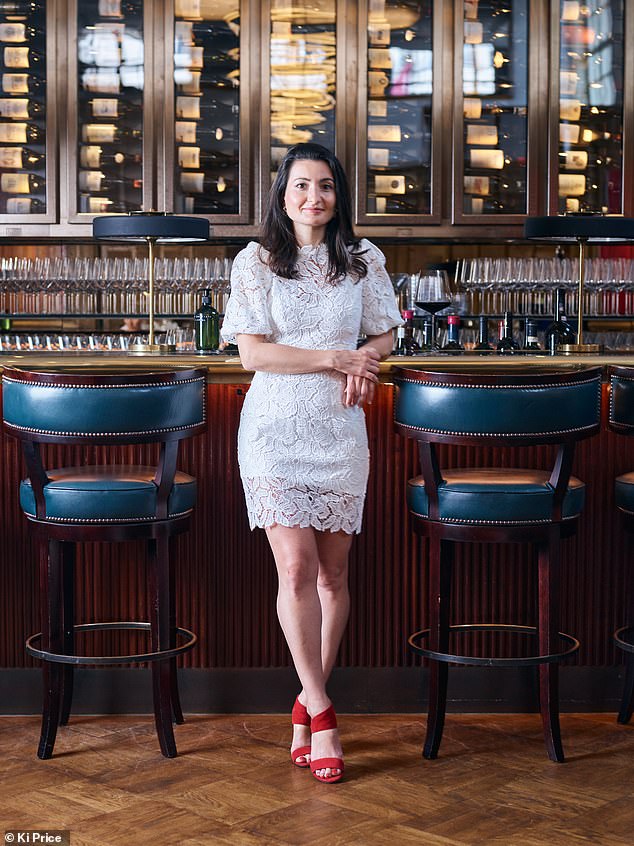 She can barely remember her past career in finance. ‘It’s Winerist that has defined me as a person and an entrepreneur. I was never this brave before,’ says Diana.

After a difficult start, she and Paul are closer than ever.

She adds: ‘For most people, the start of a relationship is the most romantic stage. But we spent the first few years going through some of the most difficult events in anyone’s life.

‘We created two businesses, moved in together and had a baby. We were so young and inexperienced and over the years, we grew up together. It all seems very romantic today and we laugh a lot about the silly episodes of drama. But I am so glad we overcame it.’

Mistakes make you stronger, she believes. ‘Winerist is still like my child, one I have seen go through many stages. One of our investors, Brett Akker, always says: “Remember Diana, it’s never as bad, or as good, as you think it is.”

‘And in challenging times, it really helps to think about the positives; while in the good times, it makes you think twice about celebrating your victories for too long.’