The prettiest villages in England

Almost nothing speaks of England better than its villages. Many are the envy of the world, with their pretty churches, historic houses and village shops doing their best to survive against the might of out-of-town supermarkets.

While researching my book, The Village News, I visited scores of England’s 9,000 or so villages and discovered some of the country’s most beautiful places. Some are more ancient than the Domesday Book and are decidedly charming.

What could be more pleasant than hunkering down for a weekend in one of these beauties?

Set in a green vale just inland from the north Somerset coast, Luccombe is the epitome of a classic rural village

Set in a green vale just inland from the north Somerset coast, Luccombe is the epitome of a classic rural village. Two streets of mainly 17th and 18th-century thick-walled stone houses and cottages, many still thatched, meet at right angles.

There are grassy banks, tiny brooks and gorgeous walking routes. Owned largely by the National Trust, Luccombe has no pub, no school and no teashop. It is a simply a place to marvel at.

Don’t miss: The Church of the Blessed Virgin Mary, and a stroll down Stoney Street — plus a cream tea at the Tea Gardens in nearby Horner.

‘The hamlet stood on a gentle rise in the flat, wheat-growing north-east corner of Oxfordshire.’ So wrote Flora Thompson about the tiny settlement of Juniper Hill in Oxfordshire, which inspired her Lark Rise To Candleford novels.

There is now more rapeseed than wheat, but the look of this remote patch of countryside has not changed much. In a car you might blink and miss Juniper Hill — it’s much better to cycle in the pleasant landscape, and take in both the hamlet and Cottisford, the ‘mother village’ in Lark Rise where Flora attended school.

Although it has a London postcode, rural Chelsfield was historically part of Kent, and it still feels that way, cut off from the suburban sprawl of Orpington.

The writer Dora Saint — known to millions as ‘Miss Read’ — came to live on the edge of Chelsfield as a young girl, and idealised the life there in a series of stories including Village School.

Much of old Chelsfield is still intact. There is a village hall, a cricket ground, and a decent pub, The Five Bells.

Don’t Miss: The Victorian school which ‘Miss Read’ attended, and the Church of St Martin of Tours. 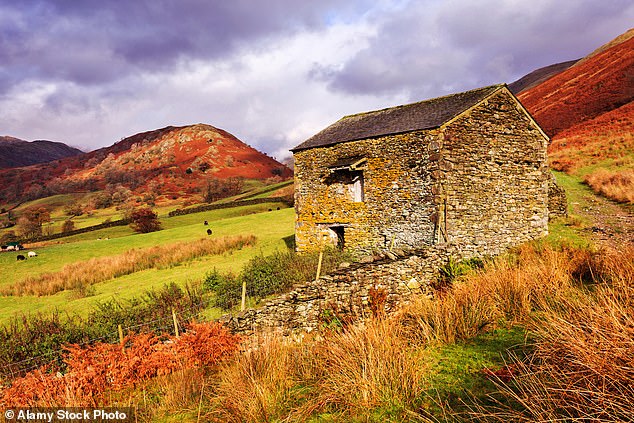 Strung out along a mile of hillside near Windermere, Troutbeck in Cumbria is a village straight out of Wordsworth’s Lakeland

Strung out along a mile of hillside near Windermere, Troutbeck in Cumbria is a village straight out of Wordsworth’s Lakeland — indeed, he and Coleridge tramped through it.

Here you’ll find clusters of low stone houses and barns with low porches, thick-slated roofs and round chimneys, and the beck that gives the village its name at the bottom of the valley — still with trout in.

Fell walkers and tourists throng to the bar of the curiously named village inn and gastropub The Mortal Man. It’s a good walk from one end of the village to the other.

WIithout Cider With Rosie, Slad would be just another straggly Gloucestershire village.

But Laurie Lee’s classic account of his childhood has given it almost sacred status. It is still possible to take a wander with the book and identify the settings — many do.

Don’t miss: The Woolpack pub, where Laurie Lee was a regular, and a walk past the nearby field where he drank cider with Rosie. 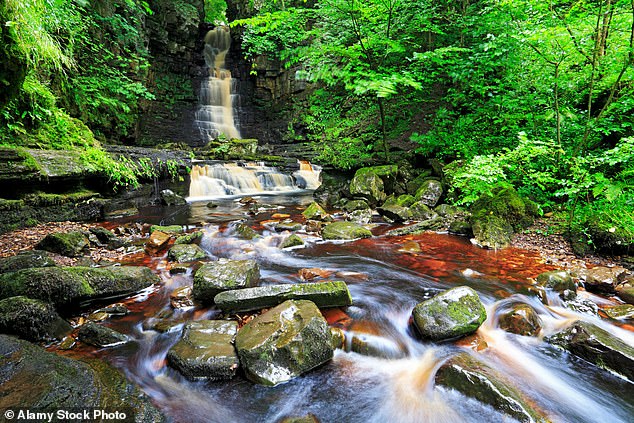 Immortalised as Darrowby in All Creatures Great And Small, Askrigg is deep in the Yorkshire Dales

Immortalised as Darrowby in All Creatures Great And Small, Askrigg is deep in the Yorkshire Dales.

There is still a trickle of James Herriot pilgrims, but the clockmakers, weavers, stonemasons and coopers who helped the area prosper have gone. There are, however, three pubs and several teashops.

The Market Cross is the obvious place to begin a stroll up Askrigg’s winding Main Street. Footpaths lead off to the countryside’s waterfalls such as Mill Gill Force.

Don’t miss: Yorkshire Dales Brewery and the Dales Countryside Museum in nearby Hawes. 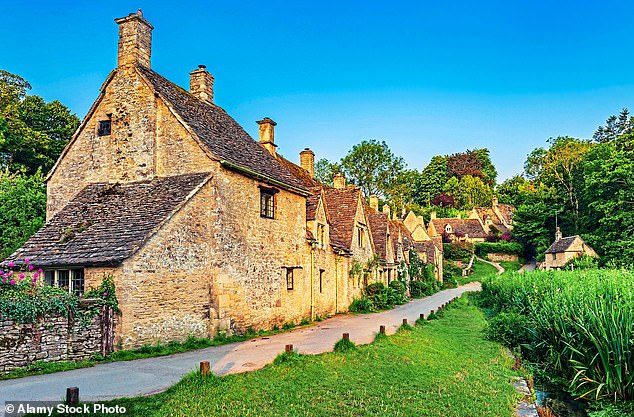 Chocolate box: The great pleasure of Bibury is to stroll, at leisure, around all of it

Some Cotswolds villages can suffer from ‘The Curse of the Quaint’. But in Bibury — a place for which the term ‘chocolate box’ might have been devised — the floods of visitors, sky-high property prices and a general air of the village being somewhat precious about itself do not obscure the fact it is gorgeous. The setting, by the River Coln, is gorgeous, the colour of the stone is gorgeous and the haphazard arrangement of the cottages is gorgeous.

The great pleasure of Bibury is to stroll, at leisure, around all of it — including its incomparably lovely cricket ground, and by the absurdly charming little cottages that make up Arlington Row (pictured).