‘Breakthroughs change your world’: The Project host Waleed Aly gets emotional as he speaks about how his son Zayd’s autism diagnosis has affected his family life

But on Monday, the father-of-two couldn’t keep silent after a segment about comedian Tom Gleisner and his organisation, Learning For Life Autism Centre.

An emotional Waleed spoke about his own son Zayd, 11, and his struggles with the condition along with his relief at the diagnosis.

‘Breakthroughs change your world’: The Project host Waleed Aly, 40, (pictured) got emotional as he spoke about how his son Zayd’s autism diagnosis on the show on Monday

‘I didn’t worry, it didn’t hit me in the face — it actually explained a lot of things and it opened up doors,’ Waleed said of the diagnosis.

He explained that once he was aware of the condition, he and wife Susan had to then adjust their communication style for their son.

‘Then what happens is you’ve got to try and re-orientate everything, so that you’re communicating with the kid in a way that actually works with the way their brain works,’ he said. 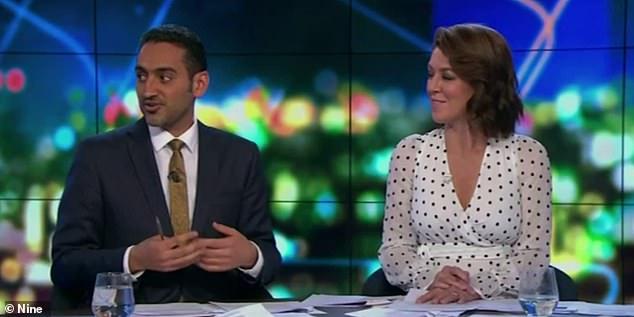 Changes: ‘You’re communicating with the kid in a way that actually works with the way their brain works,’ Waleed (L) said of the condition

The Project host went on to explain he didn’t know what his son’s ‘ceiling’ was, which left him with a lot of questions.

‘So all the things that you would normally take for granted like when they have a career, when they get married or whatever, you’re just facing an unknown,’ he said.

And when you see something you don’t know is possible happen it changes your world, it’s really powerful.’ 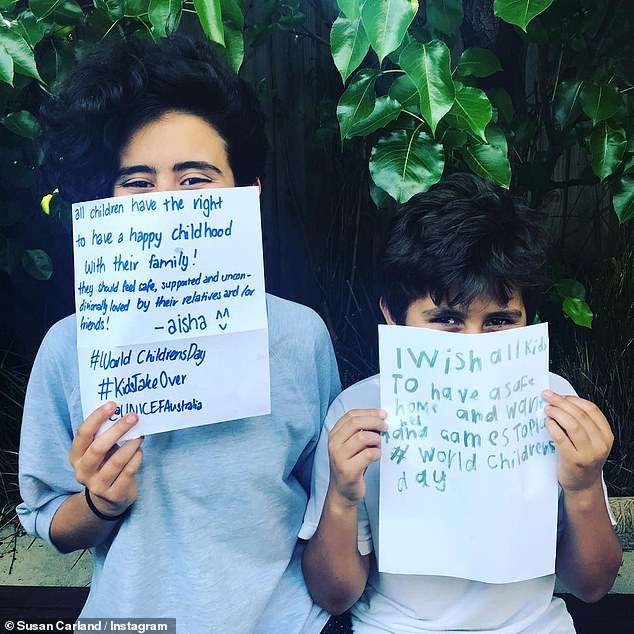 Candid: ‘And when you see something you don’t know is possible happen it changes your world, it’s really powerful,’ Waleed said. His children are pictured here, 15-year-old daughter Aisha and Zayd, 11

Waleed has previously revealed the diagnosis, telling TV Week magazine his son was able to get the support he needed. 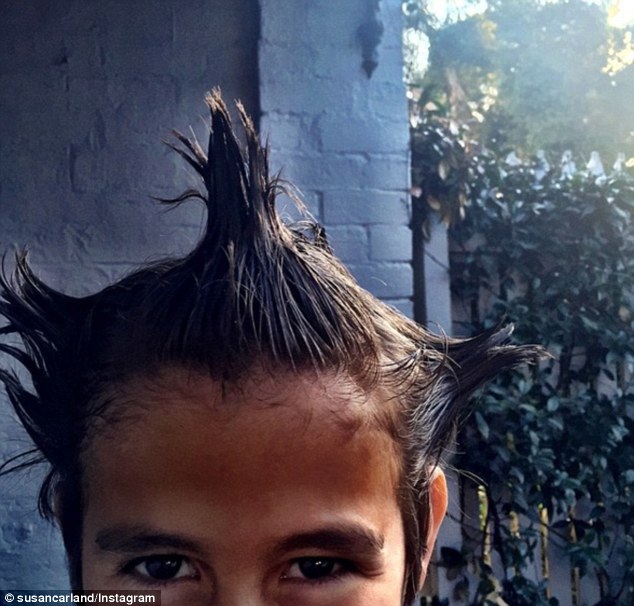 Debate: Waleed and his wife Susan debated whether to talk about their son’s condition publicly. Pictured: Zayd, 11

‘Because of the early diagnosis, he was able to get the support he needed. He’s just coming on in leaps and bounds,’ he said.

Zayd was diagnosed in 2011, which Waleed says was a ‘major’ thing for the family.

The TV star added that he had initially decided not to discuss their son’s condition publicly, but a discussion with his wife changed his mind.

Autism is a lifelong developmental condition that affects the way an individual relates to his or her environment and their interaction with other people.

The autism ‘spectrum’ is used to describe the range of difficulties that people may experience and the degree to which they may be affected.

Some are able to live relatively normal lives, while others may experience learning challenges and require continued specialist support.

An estimated one person in 100 has autism, which equates to close to 230,000 Australians.

It is four times more common in boys than girls.