Waleed Aly is blasted by virus fearmongers after Jackie O’s struggle with long Covid forces her off-air: ‘What a disgusting thing to say’

Covid fearmongerers have fired up at Waleed Aly for a seemingly innocuous comment about ‘long Covid’ sufferers – and for daring to ask whether anyone was actually still ‘worried’ about the virus.

The Project’s Monday night program discussed the country’s fourth Covid wave, with BA.5, BA.2.75, XBB, and BQ.1 among the strains currently circulating in the community.

It comes after 14 per cent of Aussies are reportedly suffering from long Covid – including radio host Jackie ‘O’ Henderson who stepped down from her KIIS FM breakfast show she hosts with Kyle Sandilands on Monday so she could recover from the virus she contracted months ago.

The Project viewers have slammed after he dismissed Aussies suffering with long Covid after asking if anyone was ‘worried’ about a fourth wave of the virus (pictured, Waleed Aly and Carrie Bickmore)

The Project hosts Carrie Bickmore and Steve Price discussed the possibility of state governments introducing restrictions ahead of the festive season before Aly asked the panel if they were still ‘scared’ of the virus.

‘How worried about Covid is anyone now?’, Aly said.

Price replied: ‘Anyone who has long Covid is very worried.’

Aly added: ‘Yeah, but they’ve already got long Covid, but people who are just like ‘okay, there’s a wave coming’, are we worried about it?

‘That’s really what they’re asking us to do, is to take action individually… but that only works if we’re a bit scared of it, right?’

The Project host Tommy Little said he was not worried about the virus but he would be conscious to avoid his parents if he was sick.

Viewers labelled Aly’s comments as ‘disgusting’ as it dismissed people with compromised health, chronic illness and those already suffering from long Covid.

‘What an absolutely disgusting thing for Waleed to say. Completely brushed off those of us with long Covid,’ one viewer wrote on Twitter. 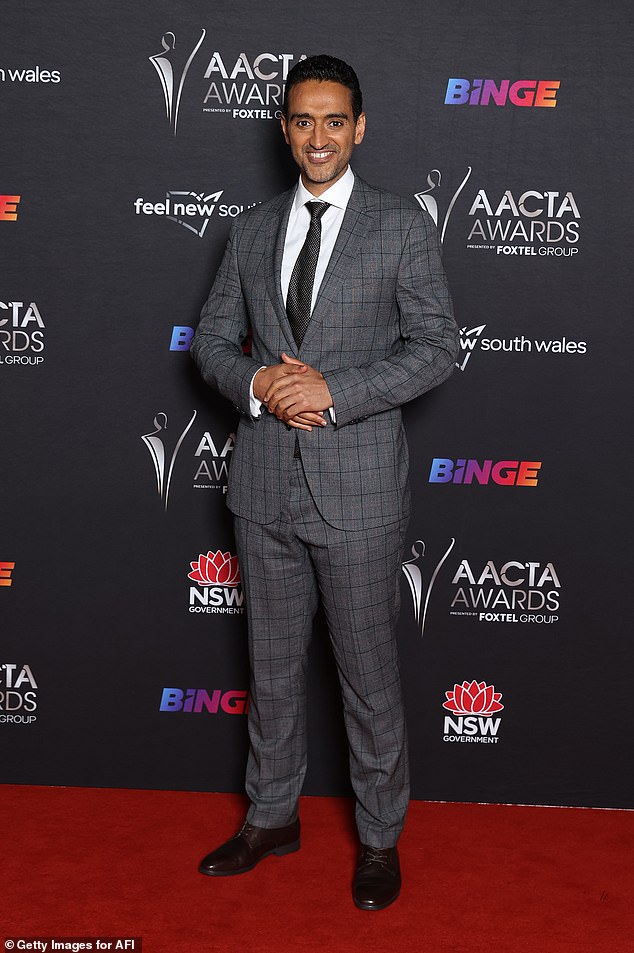 Viewers labelled Aly’s (pictured) comments as ‘disgusting’ and said The Project host had ‘no idea’ as he ‘brushed off’ people  with compromised health, chronic illness and long Covid

A second person added: ‘How many people are worried about Covid-19 now, Waleed? Nobody really. Just anyone with compromised health, chronic illness, the immunosuppressed.

‘Y’know (sic) the unforgettables who we don’t want to inconvenience ourselves to protect.’

‘Waleed has no idea about Covid, or anything else for that matter,’ another person wrote with a face palm emoji.

The furore comes as Jackie O announced on Monday morning she needed some time away from her gruelling breakfast radio schedule to recover.

Henderson, who has been coughing and sounding unwell on air for weeks, explained she had been suffering from poor health since contracting Covid-19. 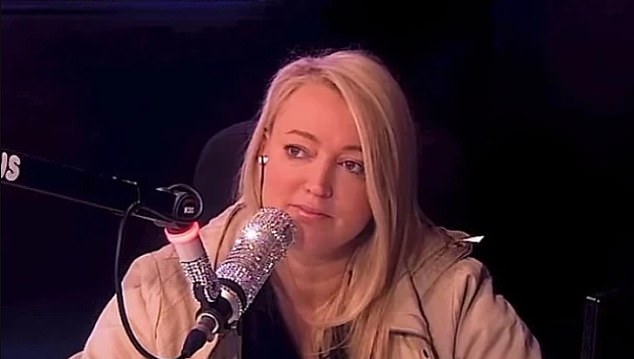 The program listed radio host Jackie ‘O’ (pictured) as someone who was suffering from long Covid. Ms Henderson announced she would be stepping down from her role on KISS FM breakfast show to recover from the virus she contracted months ago

The 47-year-old told listeners she would be off the air for the next ‘couple of weeks’ and did not specify a return date.

‘I’ve been not very well ever since I’ve had Covid I’ve just been struggling with this fatigue,’ she said.

‘I’ve been to the doctor several times and he said because I’ve been pushing myself every day, after the show all I’ve been doing is sleeping and I’m not getting better.’

‘I just have to take some time off … I’m ending the show today. As in now.’

The pair, who told Daily Mail Australia last week they were ‘speechless’ by the results, attracted 818,000 listeners in the latest survey, while their podcast was downloaded 1.7 million times in October alone.