The Promising Future for the US Betting Market 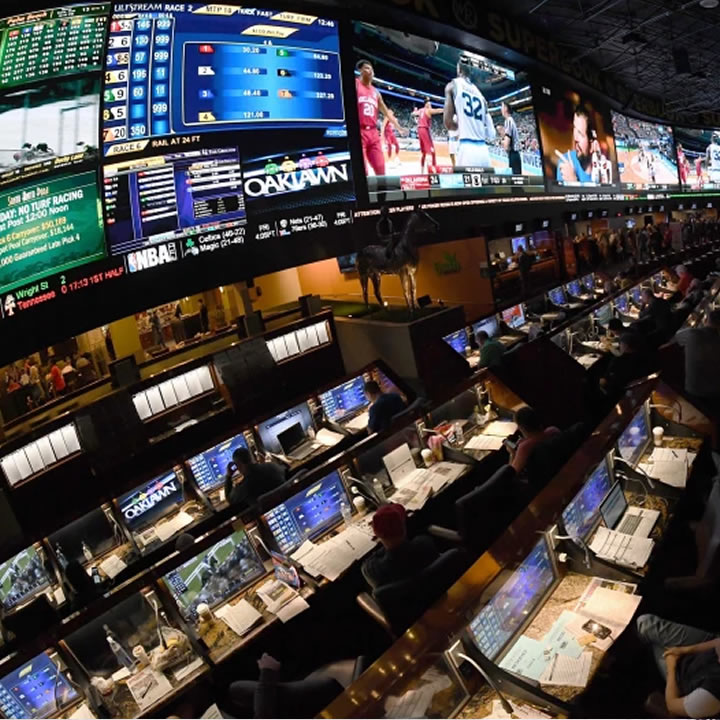 The Super Bowl is one of the most popular sporting events – it’s watched around the world, as well as being watched by people who have no interest in the NFL. It’s an American tradition that has spread across the world, but this year it was set on the backdrop of an ever-increasing interest in betting as legalization has swept across a large number of states.

With legalization meaning that betting is more open than ever throughout the US, it is no wonder that plenty of people took the opportunity to have a flutter on the Super Bowl this year.

The Popularity of This Year’s Super Bowl

This year’s Super Bowl was the most heavily-bet NFL game in the entire history of the sport. Almost a dozen states reported that the amount wagered on the Los Angeles Rams totaled more than $500 million. Nevada alone set an all-time high with a record $179.8 million bet on this year’s Super Bowl.

New York has become the largest mobile betting market in the United States since launching in January. Sadly they did not release any specific statistics surrounding bets on the Super Bowl, but New York sportsbooks reportedly took $472 million in bets during the week ending 13th February – a large amount of these bets are likely to include the Super Bowl.

There are also some useful pieces of information that come from the number of accounts that were active during the day of the Super Bowl. Draft Kings is one of America’s largest sportsbook operators.

The company reported having nearly 1.7 million active users across their products on Super Bowl Sunday – they also reported a 40% increase in year-on-year win betting specifically on the Super Bowl – although a lot of this figure could be attributed to the increase in states that have legalized sports betting since last year.

The Legalisation of Betting in the US

30 states have now legalized sports betting, as well as the District of Colombia, and with record numbers of bets placed during the lead-up to the Super Bowl, it’s fair to say that things are looking promising for the continued growth of betting and iGaming over the next year.

The growth seen as a result of Super Bowl Sunday is not out of character for the American general public. In 2021, America saw a huge increase in the demand for sports betting, as more states brought the practice into law. The market nearly doubled from 2020 to 2021, seeing the population wager over $52 billion in one year.

In 2021 legal wagering was launched in a  further 11 states, which has somewhat accounts for the increase in both the amount of money betted and the number of active accounts.

The past year has seen some of the country’s largest betting firms, like Draft Kings, spending huge amounts of money on marketing to encourage customers in new territories to sign up. On top of this, the market has seen a number of takeover bids from some of the world’s largest gambling corporations.

Entain, the UK’s largest betting company, received a $20 billion takeover bid, just a few short months after Entain rejected another bid from MGM. Crucially, Entain had entered into a partnership with MGM to launch MGMBet – one of the US’s biggest sports betting companies. A number of offers were also made for Playtech – a firm that develops software for sports betting companies across the world.

There have been huge sums of money changing hands in the race to acquire competitors over the past year. The fact that companies are willing to spend billions to buy out the competition, and more billions are marketing proves how important the US betting market is.

The Future of Betting in the US

With record bidding activity at the Super Bowl this year, there’s every chance that revenue could continue to explode. One thing for sure is that US betting sites are well placed to continue their growth throughout 2022. It’s looking likely that customers in Ohio will be able to start placing bets on their favorite teams this year.

In addition to this, there is mounting pressure to expand legalized sports betting in Florida, North Carolina, Georgia, and Massachusetts. Given that New York only made sports betting legal on the 8th of January and were immediately inundated with millions of dollars worth of bets, it’ll be an exciting time to see if the legalization in the remaining states makes any progress.

If they do then it’s likely that we’ll see the same huge numbers that New York has been overwhelmed within the short two months since legalization. Although no one can say for certain what the future looks like for the US betting market, we do know that it is likely to continue to grow in popularity as the iGaming market opens up.

As betting in the US is still quite a new being as open as it is, things are likely to adapt and change as this growth happens. For example, in the UK bettors are used to having a number of rules and regulations that govern how they can bet; and gambling operators have a number of legislations that they must operate under.

These change and adapt as betting trends throughout the UK change and this is something that the US is likely to copy. We’ve seen some record numbers of betting transactions in the US recently and as this continues rules and regulations are likely to be adapted to meet this change in betting – after all, until recently many bets being placed were not allowed in many states.

Rules are designed to keep bettors safe and ensure that the gambling industry all operates to the same standards – and this is likely to be something that the US wants to encourage too. Especially once we start to see things like mobile gambling, microtransactions, and even Cryptocurrency casinos increase even more in popularity in the same way that we have seen these betting trends become extremely popular in other parts of the world too!