The Pyramid Principle – The Dictates of Effective Business Communication 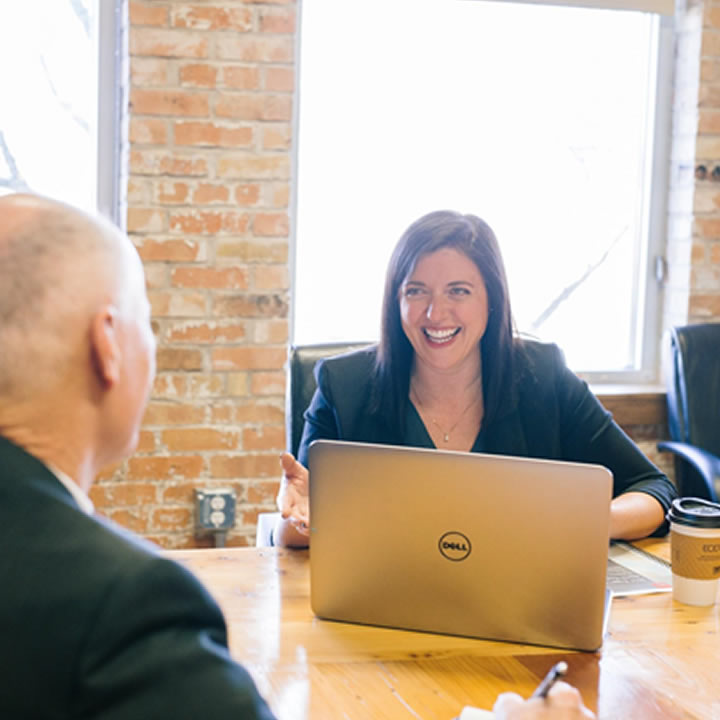 Most companies believe that communication is an individual character trait that people learn in interaction with their counterparts.

Communication is a vital tool in every business setup as it promotes efficiency in the implementation of business objectives.

If you want useful business communication principles, look no further than management consultancy. We celebrate the industry for its efficient communication style – concise and clear, which other workers can quickly learn and export to their specific profession.

But what does consulting do differently than other industries? Well, their communication is guided in large part by the pyramid principle. Indeed, aspiring consultants need to start with the Pyramid Principle before they start their jobs, as learning about it will be a crucial part of consulting case interview preparation and this concept will be our focus here.

In her book, “the Pyramid Principle,” Barbara Minto, a former employee of McKinsey, describes the pyramid principle as a mode of communication that, at times, takes the polar opposite way in presenting the information.

Well, she is the one who came up with the principle in the first place. As an editor of reports, she realized that most authors of these reports were not communicating clearly, despite the reports having all the needed facts. She would arrange the points in a way that would be short and concise, but effective.

In scholarly work, we first state the hypotheses before backing up our arguments and drawing conclusions.

Things are different in the business world. Because we are always on a timer, we first spell out the recommendations, give short but concise supporting facts, followed by any assumptions made.

In other words, we invert the scholarly approach to create a pyramid, thus the Pyramid Principle. In business communication, we don’t have the luxury of time, like in scholarly communication. So, we try to pass the critical information with that limited chance.

We start with the key “so what”  and then back it up with the available evidence.

The idea here is to pass the essential bits to the time-pressed CEO, whose interest is the “What” and  “what to do next!” They don’t pay much attention to the “why.”

When you do this, you typically describe a problem in a “top-down” manner – the pyramid principle.

The diagram below sums it up! 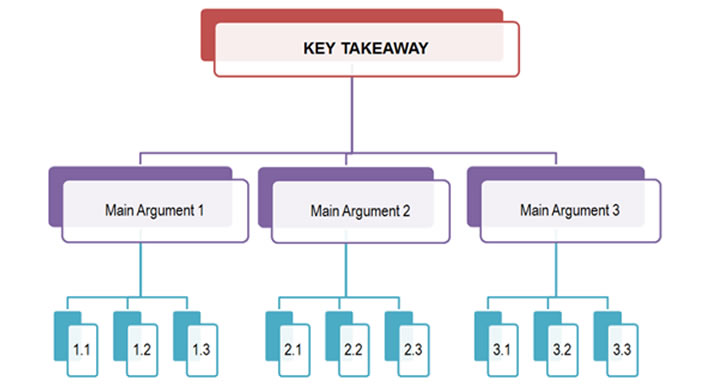 The Pyramid Principle in Practice

As we have already stated, the pyramid principle helps consultants to pass their recommendations quickly and efficiently.

When a company hires a consultant, they do so to get recommendations specifically, and that is what comes first in their report. But recommendations alone without addressing get the why and providing sufficient evidence isn’t enough.

To understand the Pyramid Principle, let’s have a hypothetical case in the management consulting context, then translate the same in a more generic business environment.

Imagine you are the head of a small project that produces furniture masterpieces that your company intends to showcase in a home expo in two weeks. Then, one of the two machines assigned to this project breaks up. Your maintenance department can’t fix it, so you need authorization from your boss to get a new machine as quickly as possible, lest you miss the deadline.

Here is a possible way, and which is common, to pass this message to your CEO.”

“One of our machines has broken down and has been offline since yesterday morning. Our on-site engineers have discovered that one of its damage cannot be handled within, which is a major problem as we need to get the production per hour rate going. But now we are working behind schedule. We need to have it up and running as quickly as possible to pick up the speed if we must meet the deadline. So, I’m asking you to have the part fixed or replace the machine to get us back on track.”

Well, the message sounds reasonably professional and serves the purpose. However, your boss doesn’t have the time for extended essays, whether the communication is via email or verbal.  So, the above communication isn’t practical.

To be effective, before you even pass the message, you may want to figure out the possible responses.

Now, let’s pass the message in a “top-down” approach.

“With your authorization, we need one of our two machines fixed or replaced.

It is currently non-functional, reducing our production speed. On-site engineers have checked it and recommended purchasing the spare part.

Resolve the situation ASAP so that we can recoup the lost hours since yesterday at 6 am.

The second response tells the CEO what they need to know and do. They may not have to read to the last word but would know what to do. It may appear as a customized message, cold and lacking human touch, but it is a lot more useful to your boss than the first one.

The CEO may only have a few seconds to spare, so this top-down style is easy to read as it signals the course of action. That’s what we say is effective! It gets things done.

If you read this far, you now know how the Pyramid Principle significantly improves text and speech communication. Even though it is common practice in management consulting, you can borrow and inculcate it into your professional life. You don’t have to be a management consultant to communicate like that. As long as you are engaging busy people, like the CEOs of major firms, observe the pyramid principle. It is particularly useful for composing your emails or speaking to either your boss or an important client.