People across the country are still making the most of the Christmas break by spending time with family – and the Queen is no exception.

Her Majesty and the Duke of Edinburgh were joined at church in Sandringham this morning by family members including Sophie and her husband Edward and Princess Anne.

The monarch, 91, brightened up a dull morning in a teal coat with black collar and a matching hat as she was chauffeured to church with her daughter-in-law Sophie Wessex, 52, who looked smart in a checked coat.

Her husband Edward joined his father the Duke of Edinburgh, 96, on foot who chatted to Princess Anne as they made their way to the service.

However, there was no sign of younger family members such as the Duke and Duchess of Cambridge or Prince Harry’s fiancee Meghan Markle who attended church at Sandringham for the first time on Christmas Day. 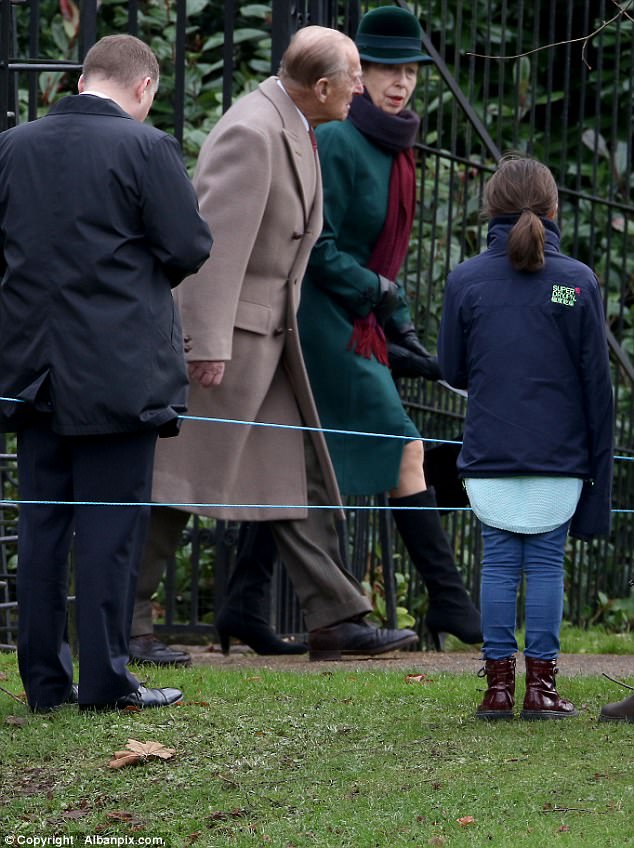 As is customary, Prince Philip, 96, made his way to the church service on foot with his daughter Princess Anne

The Suits star looked a little nervous as she was pictured with other members of the royal family, including the Duchess of Cambridge, for the first time.

And she appeared to wobble slightly as she gave her first cursty to the Queen after the service.

However, earlier this week, Prince Harry told the Today programme that her first royal family Christmas had been a resounding success.

When the fifth in line to the throne was quizzed by presenter Sarah Montague at the end of guest editing the three-hour show he replied: ‘It was fantastic, she really enjoyed it.’ 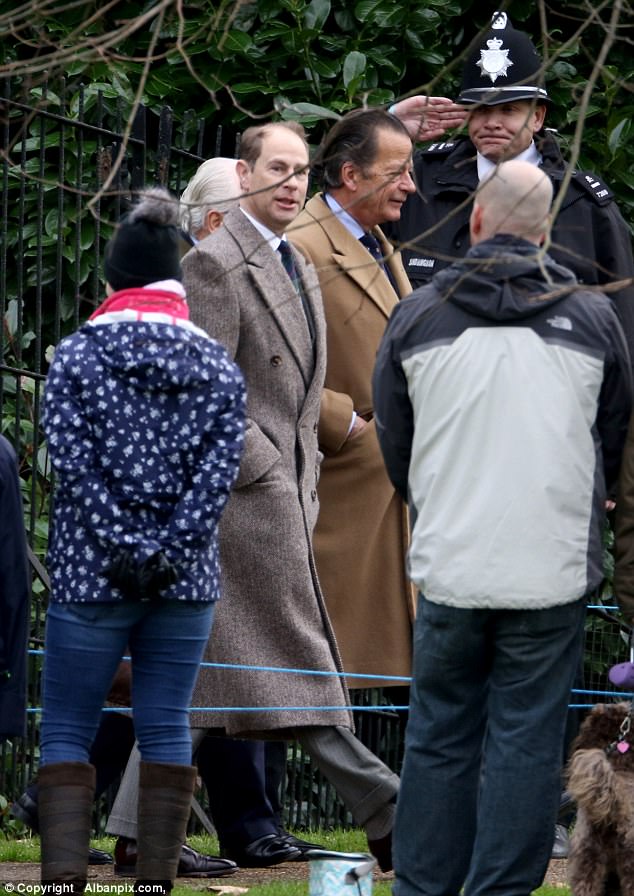 Prince Edward also walked with his father, while his wife Sophie accompanied the Queen 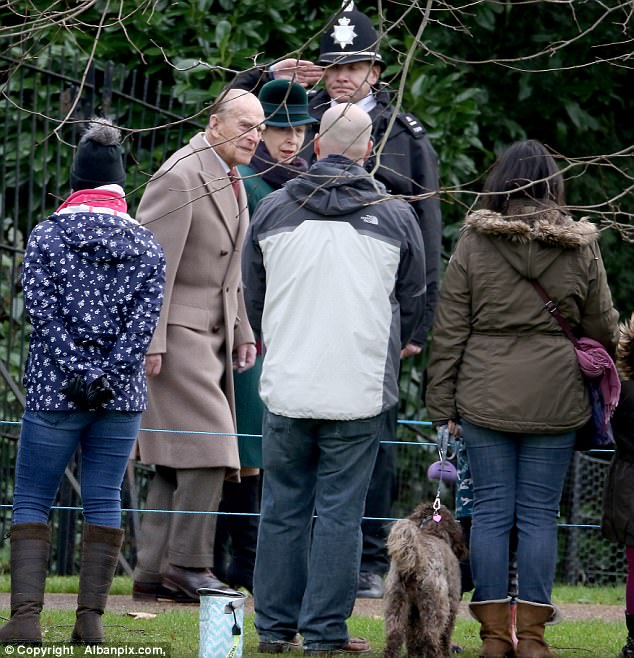 Prince Philip, 86, looked smart as ever in a grey overcoat as he walked to church 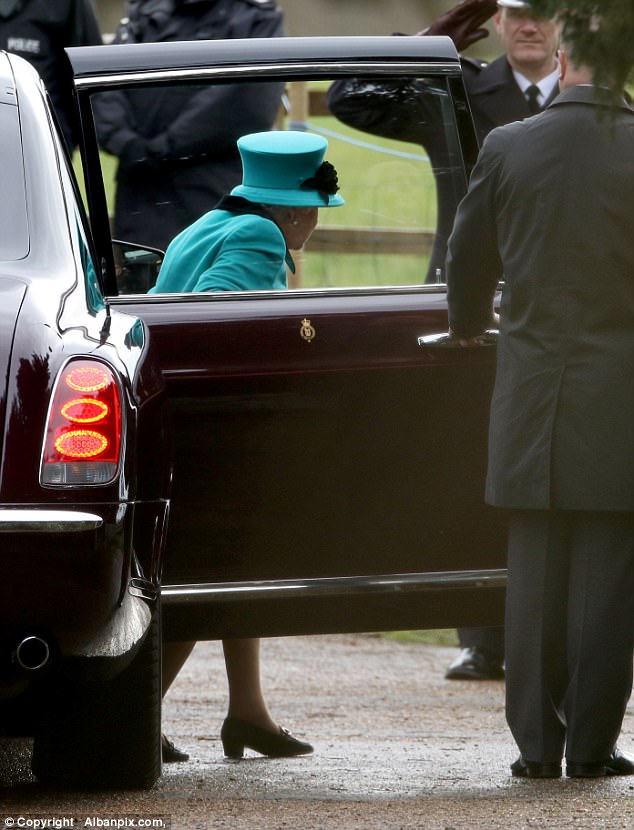 Speaking about his fiancee, he said: ‘The family loved having her there.

‘We had great fun staying with my brother and sister-in-law and running round with the kids. ‘Christmas was fantastic.’

The presenter asked the prince if there were any family traditions that had to be explained to Ms Markle and he replied: ‘Oh plenty, I think we’ve got one of the biggest families that I know of, and every family is complex as well.

‘No look, she’s done an absolutely amazing job. She’s getting in there and it’s the family I suppose that she’s never had.’ 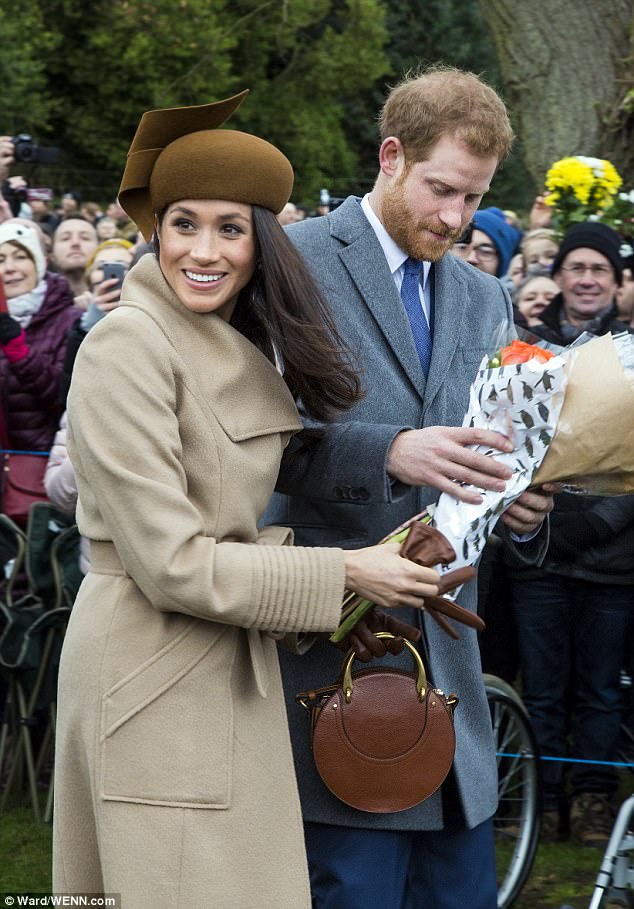 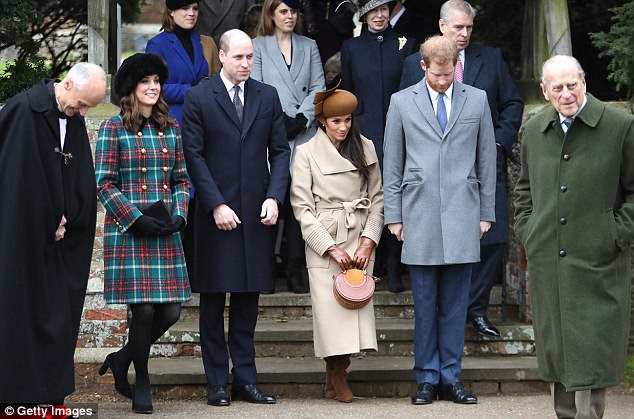