According to the documents, Her Majesty has requested a batch of thousands of the coins to celebrate the literary character.

The coins would mark the 60th anniversary of the British stories.

The documents also detailed what the potential coins would look like and what they would be made out of it.

Materials used to create them would include gold, silver and cupro-nickle.

While the pictures depicted on the new 50p coins will see the famous brown bear sitting in a suitcase at Paddington Station or waving a British flag outside Buckingham Palace. 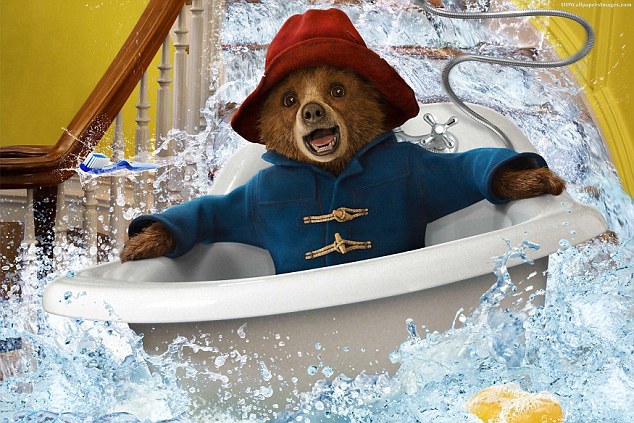 The beloved bear has enjoyed a resurgence of popularity with two films about him since 2014, however it is unclear when and how many coins will be released of him

Those are the two designs that have been requested by the Palace.

It is unknown exactly how many of the the coins will be created, or when they will be released.

The beloved bear has experienced a revival in popularity recently, with two movies released starring him.

The potential new coins come hot on the heels of confirmation from the Royal Mint that they will release four new Beatrix Potter 50p coins which feature some of Britain’s most-loved children’s characters. 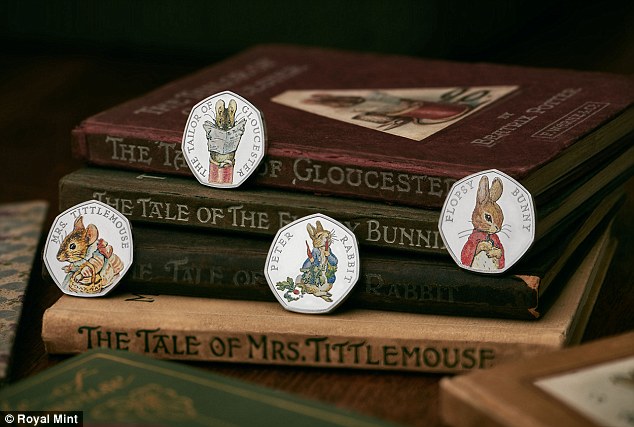 The news follows confirmation from the Royal Mint that four new Beatrix Potter-inspired coins will be released, after the launch of the 2016 collection in her honour

Peter Rabbit is one of four popular characters from the children’s author’s books to appear on the special coins.

He will join Flopsy Bunny – the mother of the captured rabbits – Mrs Tittlemouse and a helpful mouse from The Tailor Of Gloucester.

The four designs will be added to the mint’s Beatrix Potter collection, first launched in 2016 to commemorate 150 years since her birth.