The Queen ‘secretly lobbied for a new Royal Yacht’

Revealed: The Queen ‘secretly lobbied for a new Royal Yacht following the announcement her beloved Britannia would be decommissioned’

The Queen reportedly lobbied in secret for a new Royal Yacht to replace her beloved Britannia, it has emerged

The Queen reportedly lobbied in secret for a new Royal Yacht to replace her beloved Britannia, it has emerged.

A senior Buckingham Palace official apparently wrote to the cabinet office in May 1995, revealing that the monarch would ‘very much welcome’ a replacement.

Yet it is understood that if such lobbying were to become public, it could lead to a PR disaster, report The Times.

It followed John Major’s government announcement in 1994 that there would be no refit for HMY Britannia as the costs would be too great, with the Queen’s vessel being decommissioned three years later.

Sir Kenneth Scott, the Queen’s deputy private secretary, wrote: ‘I have deliberately taken a backseat in recent correspondence, since the question of whether there should be a replacement yacht is very much one for the government and since the last thing I should like to see is a newspaper headline saying ‘Queen Demands New Yacht’.

The letter found in the National Archives by Philip Murphy of the University of London, continued: ‘At the same time I hope it is clear to all concerned that this reticence on the part of the palace in no way implies that Her Majesty is not deeply interested in the subject.

‘On the contrary, the Queen would naturally very much welcome it if a way could be found of making available for the nation in the 21st century the kind of service which Britannia has provided for the last 43 years.’ 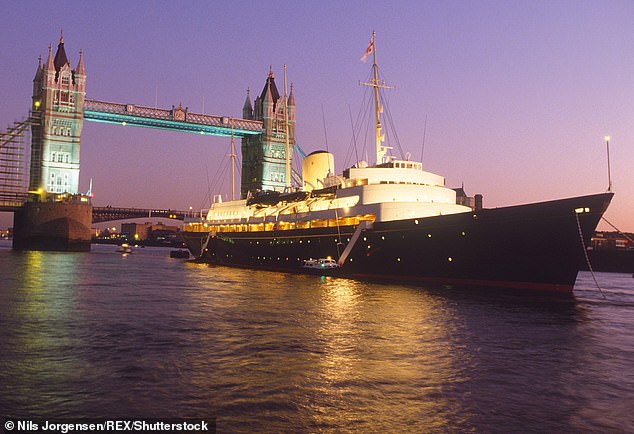 In an extremely rare public show of emotion, Her Majesty shed a tear on the day she had to finally bid farewell to a ship that had served her family for over forty years.

But it has always been assumed that the Queen would never put pressure on the government over an issue which was very politically sensitive at the time.

In 2003, a place spokesman told The Sunday Telegraph: ‘Neither the Queen nor the Duke of Edinburgh have ever expressed an opinion on the way the issue was handled and nor would they do so.’

Yet writing to Richard Williams, a civil servant attached to the Cabinet Office, Sir Kenneth, who died in February, made clear the monarch’s interest in discussions about a replacement.

He added that he hoped the ideas would be discussed in terms of feasibility first, and cost, second. 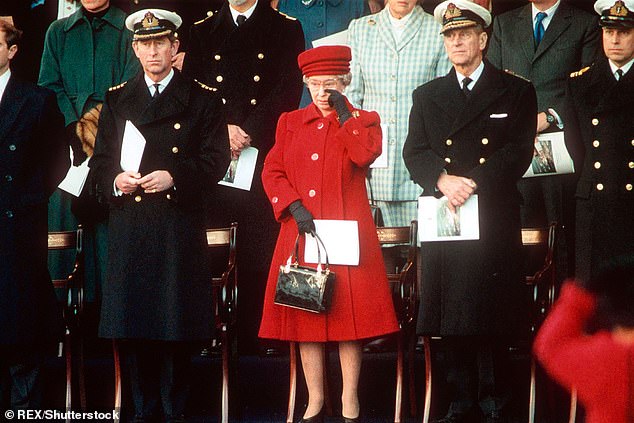 In an extremely rare public show of emotion, Her Majesty shed a tear on the day she had to finally bid farewell to a ship that had served her family for over forty years

‘It would not, I suggest, be a sufficient answer to all those who have contributed ideas to say simply that there is no spare money in the defence budget’, he insisted.

The senior official also revealed that Prince Philip’s suggestion at the time was apparently to use parts of the Britannia in a new vessel.

Professor Murphy, director of the Institute of Commonwealth Studies, told the publication that the letter, in his belief, clearly shows that behind the scenes of the palace, ‘discrete pressure’ was being put on Whitehall to come up with a ‘positive proposal’.

The idea to replace Britannia became an election issue in 1997, with Tony Blair’s Labour opposing the idea.

Since then there have been numerous attempts to campaign for a new vessel, with 50 Tory MPs last year suggesting a special national lottery to raise the £120million needed for a new Royal Yacht.

Britannia is now a tourist attraction in Leith, Edinburgh.