The Queen will skip a church service at Balmoral

The Queen has decided not to attend church as usual in Scotland tomorrow as a ‘sensible precaution’ against coronavirus.

As Head of the Church of England and someone with a strong personal faith, the monarch normally worships at Crathie Kirk, the nearest church to her Balmoral Estate on Royal Deeside, when she is in residence.

Crowds always gather to catch a glimpse of the sovereign as she drives in.

Queen Elizabeth, pictured leaving Crathie Kirk near her Balmoral estate on October 6, 2019 will not be attending this Sunday’s service due to the threat of Covid-19 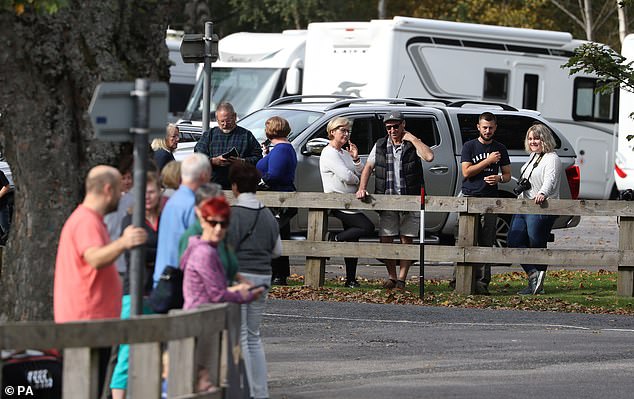 But royal sources confirmed last night that that the 94-year-old royal, who flew for her annual summer stay to the castle with her husband, the Duke of Edinburgh, 99, earlier this week, would ‘sensibly’ stay away tomorrow and for the foreseeable future.

‘It is simply a sensible precaution in the circumstances,’ said an aide.

When the Queen and Prince Philip landed at Aberdeen Airport they were met by a driver and whisked off to Balmoral Castle, which is roughly an hour away.

Their staff in Scotland have been quarantined for two weeks to minimise the Covid risk. 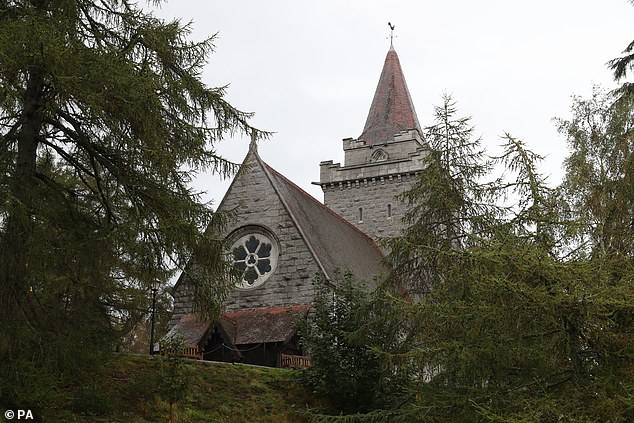 Crathie Kirk, where royals have worshipped for 150 years, has been closed during the pandemic.

But its Church of Scotland minister, the Rev Kenneth Mackenzie, has confirmed he will re-open for Sunday morning services.

Under current guidance all worshippers must fill in a form giving contact details for possible Covid-tracing, wear face masks and avoid singing.

In addition social distancing at the church means there will be only 18 to 20 pews available – one for each household – giving a maximum capacity of between 30 and 40.

Mr Mackenzie also thought it ‘very unlikely’ crowds would be allowed to gather outside like normal to watch the Royal Family arrive and depart for church.

The Church of Scotland advice to parishes allowed places of worship to reopen for communal services from July 15. 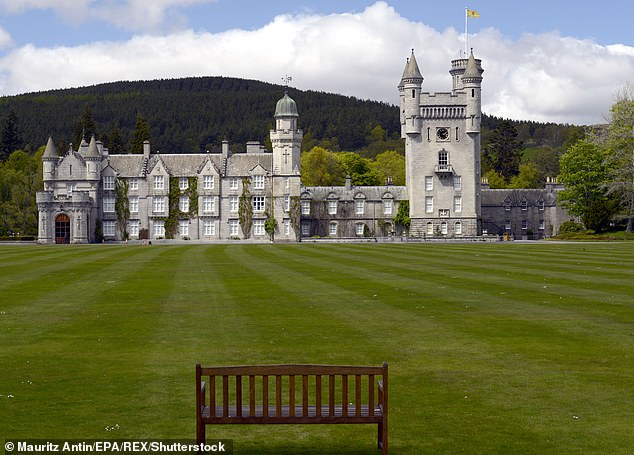 Their staff in Scotland were quarantined for two weeks to minimise the Covid risk, and the couple are expected to stay there until early October (file image of Balmoral Castle) 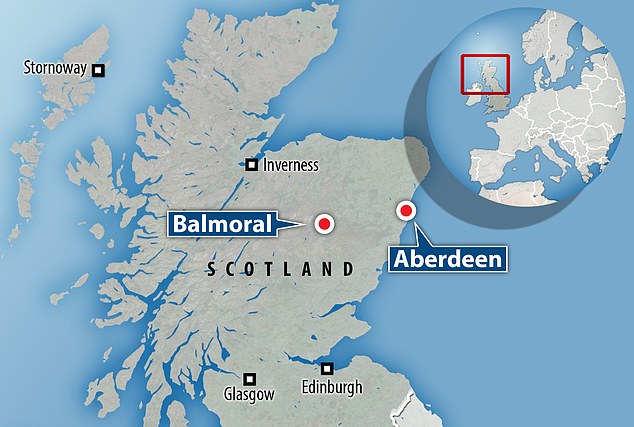 The Queen and Prince Philip landed at Aberdeen Airport before being whisked off to Balmoral, which is roughly an hour away

Buckingham Palace said any alternative plans for the Queen’s Sunday worship would be private.

The small church memorably became a focus of the Scottish independence debate days before the 2014 poll when the Queen told people outside a Sunday service to ‘think very carefully about the future’ before casting their vote.

She plans to stay up at Balmoral until early October, with various family members visiting over the summer.

Lockdown measures have been reintroduced in Aberdeen following the outbreak of a coronavirus cluster in the city, with face coverings to be made mandatory in more indoor places across Scotland following the spike in cases.

The Aberdeen lockdown came just six days after parts of the North West of England were also put back under restrictions, with 4.5million people in Manchester facing £100 fines if they breach the rules.

The measures in Aberdeen, which apply to the city area, will be backed by government regulations, the First Minister said, and will be enforced if the rules are not followed.

The Scottish Government later announced that visits to hospital and care homes from a named family member or friend will be stopped, with only essential visits being allowed.