There are not many men who, decades later, can still fit into the suit they wore on their wedding day. But it’s a measure of Prince Philip’s pride in his appearance – born of his naval training – and remarkable vitality that he can.

While most eyes were on 36-year-old, ultra-flexible yoga fan Meghan Markle, it was the 96-year-old duke who put in the most impressive performance.

The longest serving royal consort in British history – 70 years of marriage to the Queen – may have retired from official duties in the autumn but he remains a key presence by Her Majesty’s side for occasions such as the church at Sandringham Christmas, Remembrance Sunday commemorations and Trooping the Colour.

On Christmas Eve morning, wearing his trademark overcoat, he was one of the first into St Mary Magdalene church for the carol concert.

HM Queen Elizabeth II at St. Mary Magdalene Church on her Sandringham estate in Norfolk, for the Christmas Day service 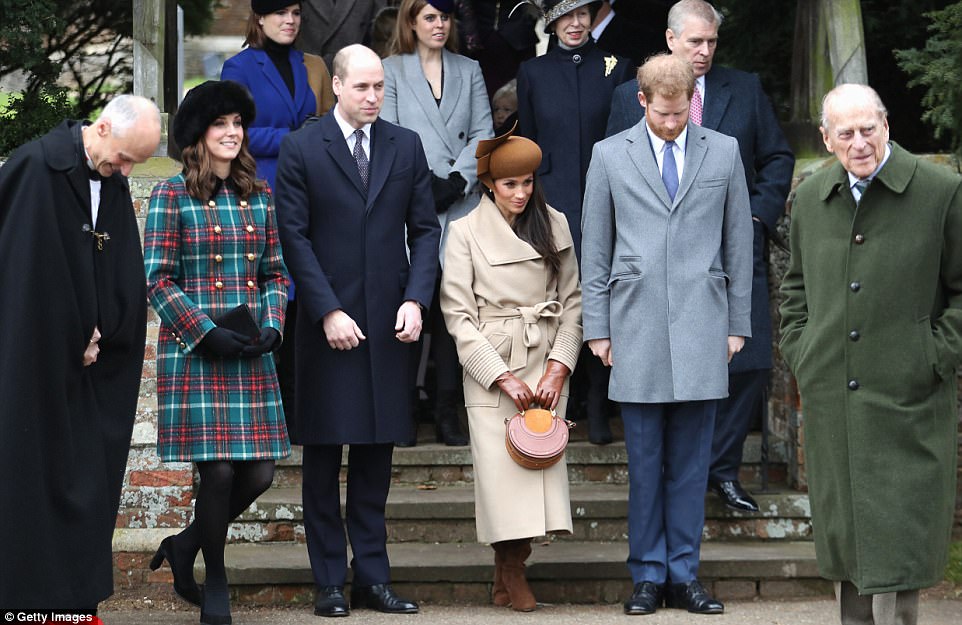 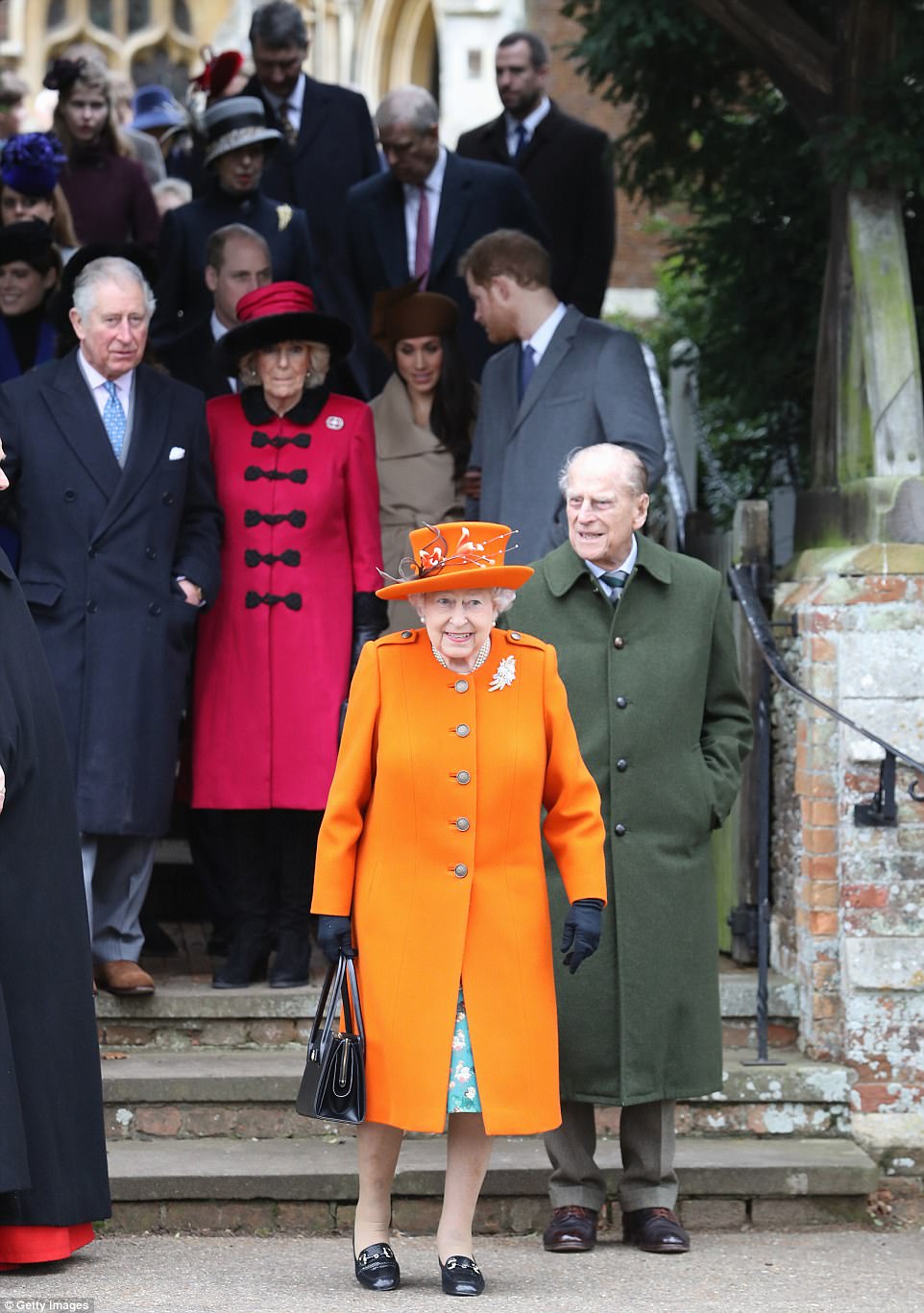 The Queen lead the procession out of church followed by Prince Philip, who retired from Royal Service this year after more than 22,000 solo royal engagements 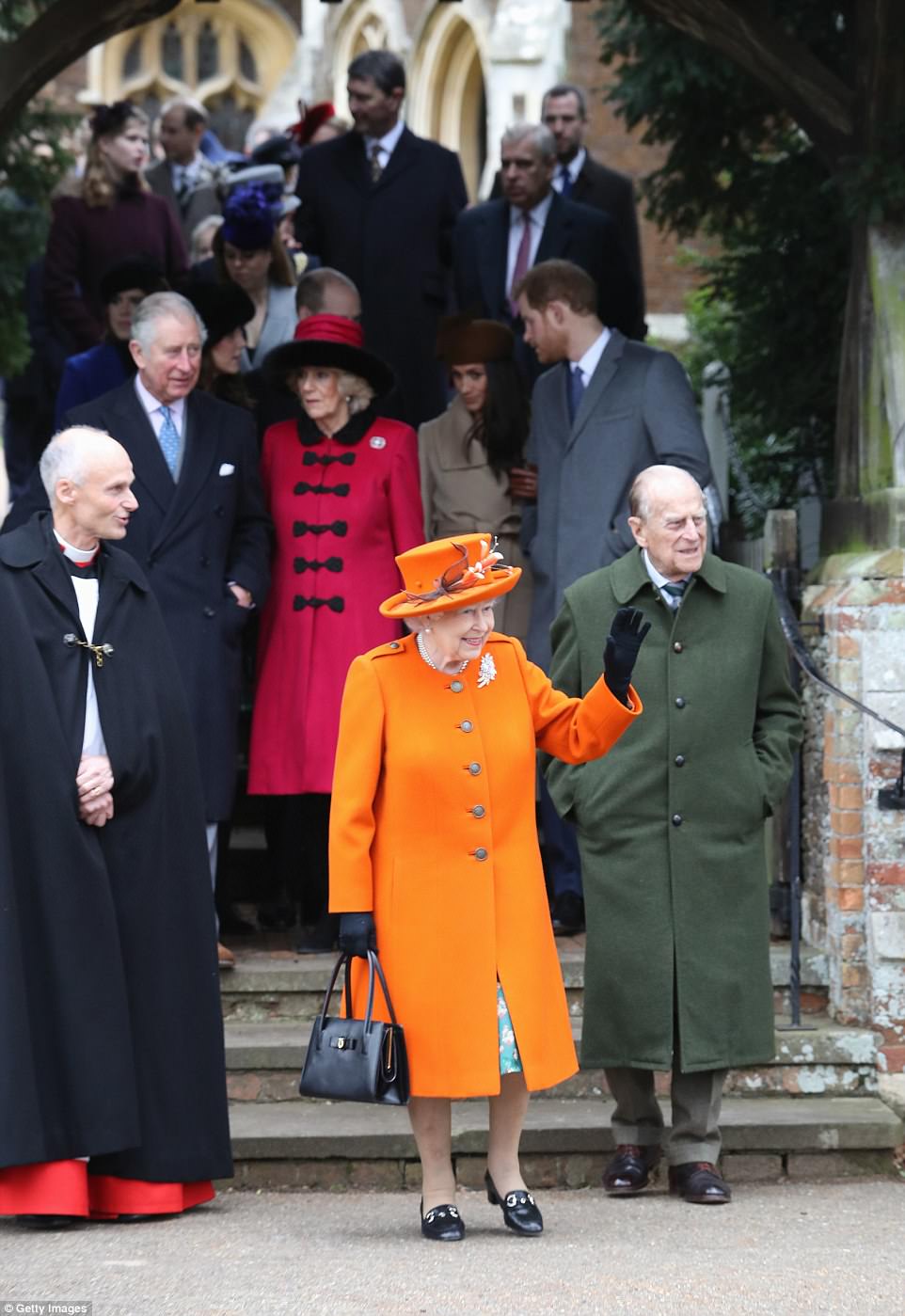 Up with the lark, he was there again at 8am yesterday for the Holy Communion Service. Eschewing the chauffeur-driven car used by his wife, Philip was back for the 11am service with more than 20 other members of the Royal Family.

He chatted with members of the public and made them laugh when he spotted mother-of-two Heather Hudgins holding her three-month-old daughter Abby.

Making a joke about the child’s decorative green bow, he quipped: ‘Is it a baby? I thought it was a bunch of flowers.’ 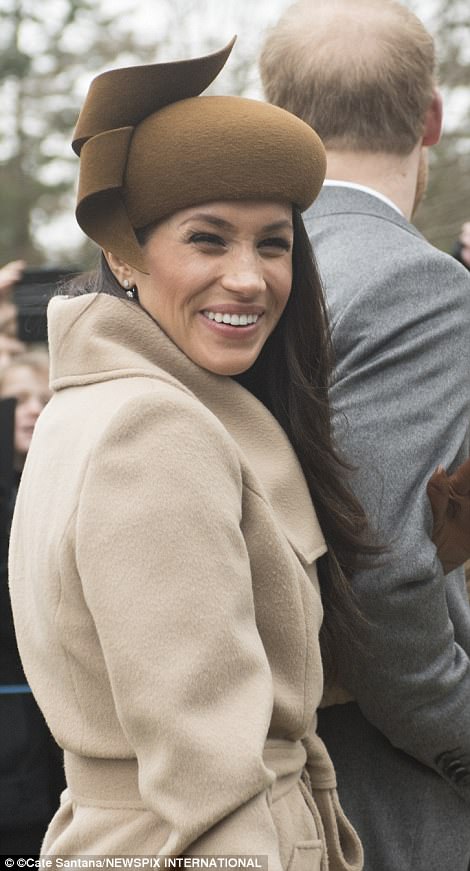 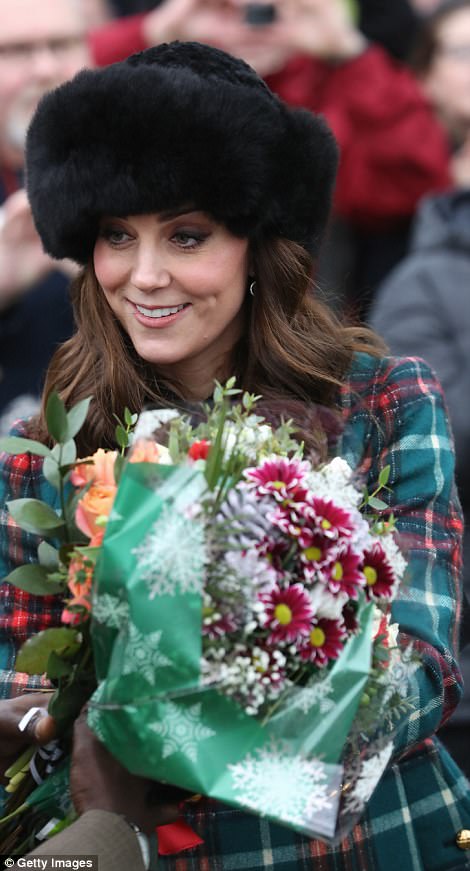 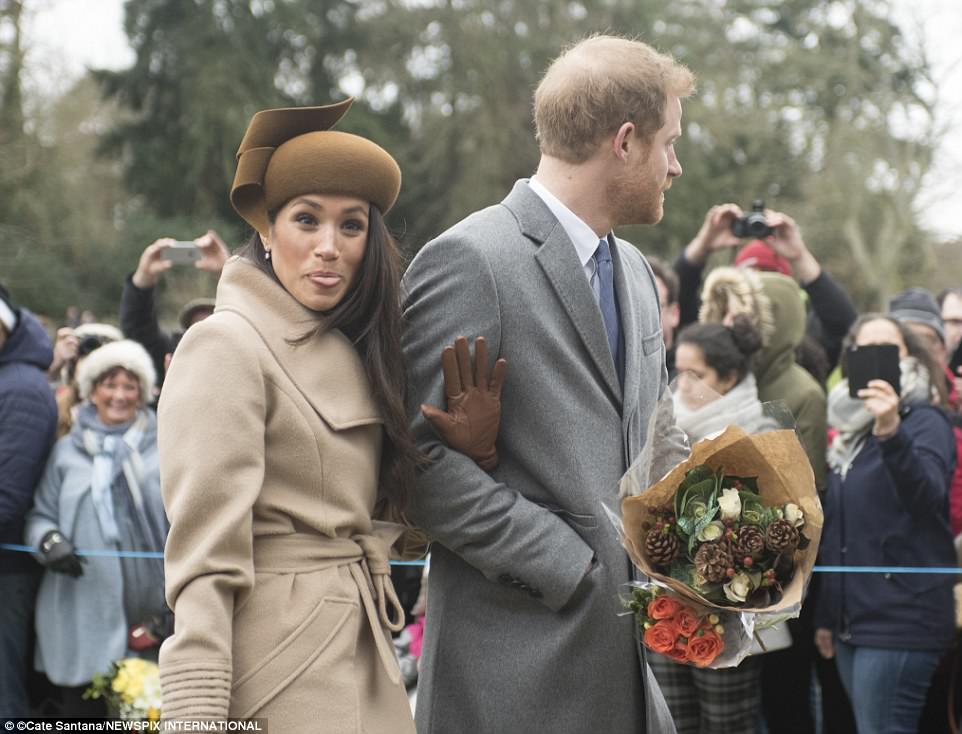 Not that it was all about the duke. Last year, the Queen was too ill to attend the Christmas Day church service as she recovered from a cold but yesterday she made up for it in style – most notably with a zingy tangerine coat, brimmed hat and wide smile to match.

While they have a combined age of 187, the Queen and the Duke of Edinburgh have never shied away from work.

Despite his advanced age Philip retired from public life only earlier this year.

He performed 110 days of public engagements last year. The Queen, who has handed over some of her duties to other members of the Royal Family, carried out 80 days. 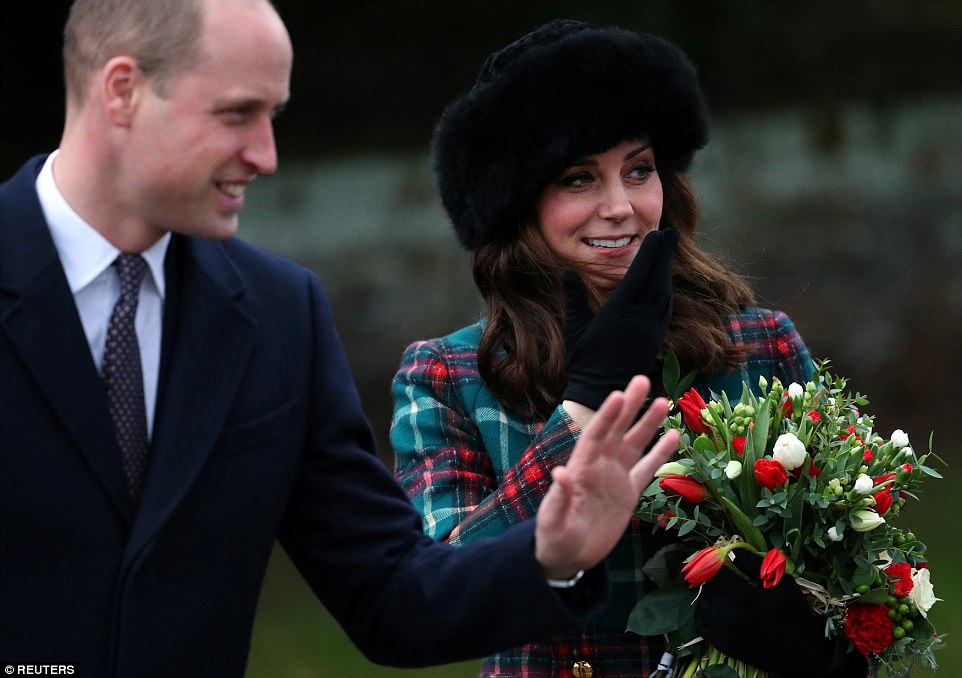 Prince William, Duke of Cambridge and Catherine, Duchess of Cambridge leave St Mary Magdalene’s church after the Royal Family’s Christmas Day service on the Sandringham estate. Catherine is due to give birth to the couple’s third child in April 2018 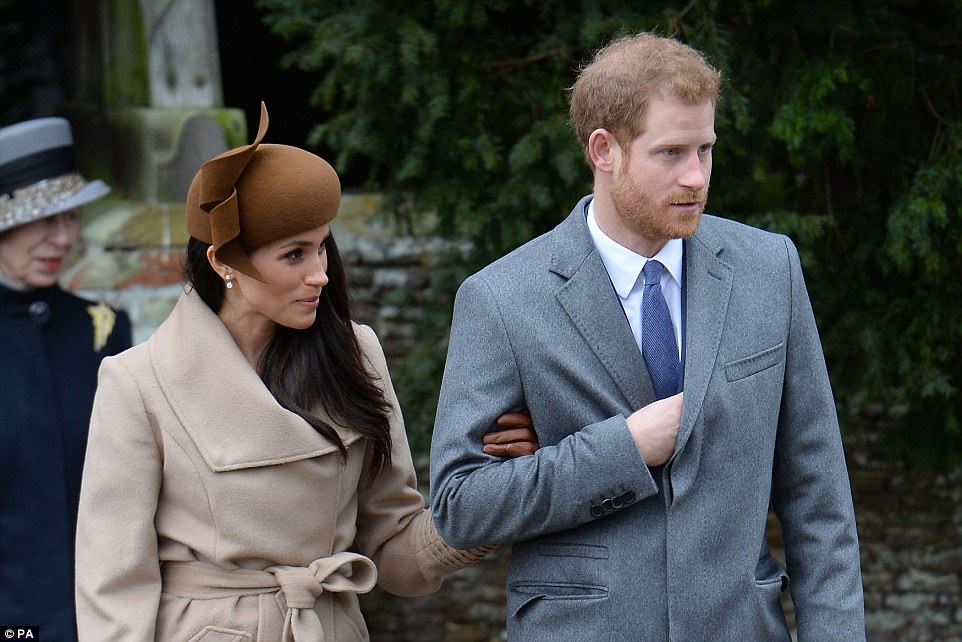 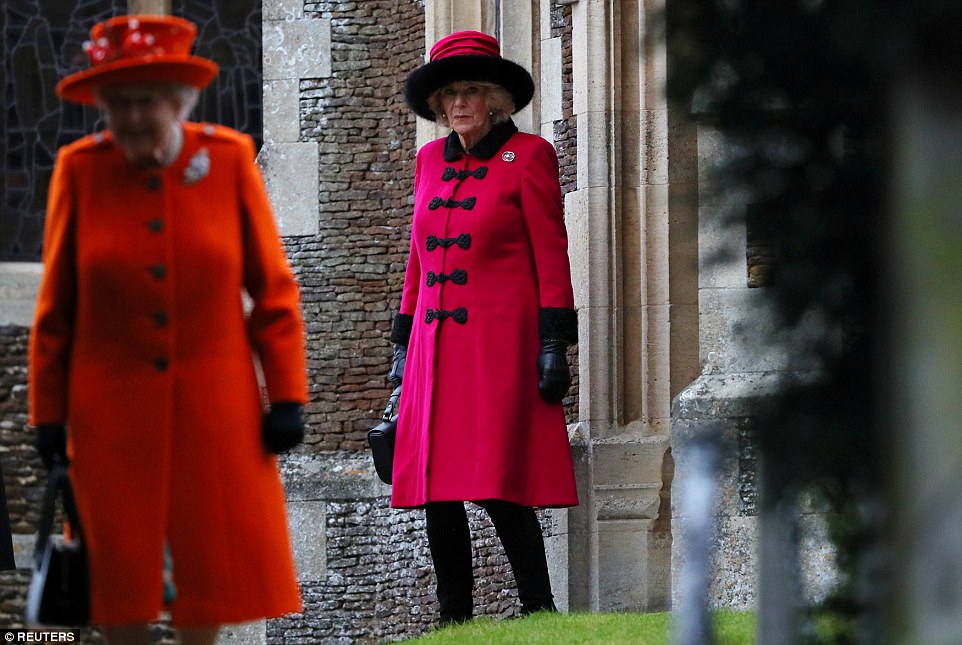 In fact, the Queen referenced the duke’s work in her Christmas broadcast as she added a personal note of love and gratitude to the man she emotionally described on their 50th wedding anniversary as her ‘strength and stay’. She said: ‘Even Prince Philip has decided it’s time to slow down a little, having, as he economically put it, done his bit.

‘But I know his support and unique sense of humour will remain strong as ever as we enjoy spending Christmas with our family, and look forward to welcoming new members into it next year.’

How that ‘new member’, Meghan, would have reacted if told of her royal responsibilities and of Philip’s example – more than 22,000 solo engagements over the years – no one knows. But it is an impossible record to beat. 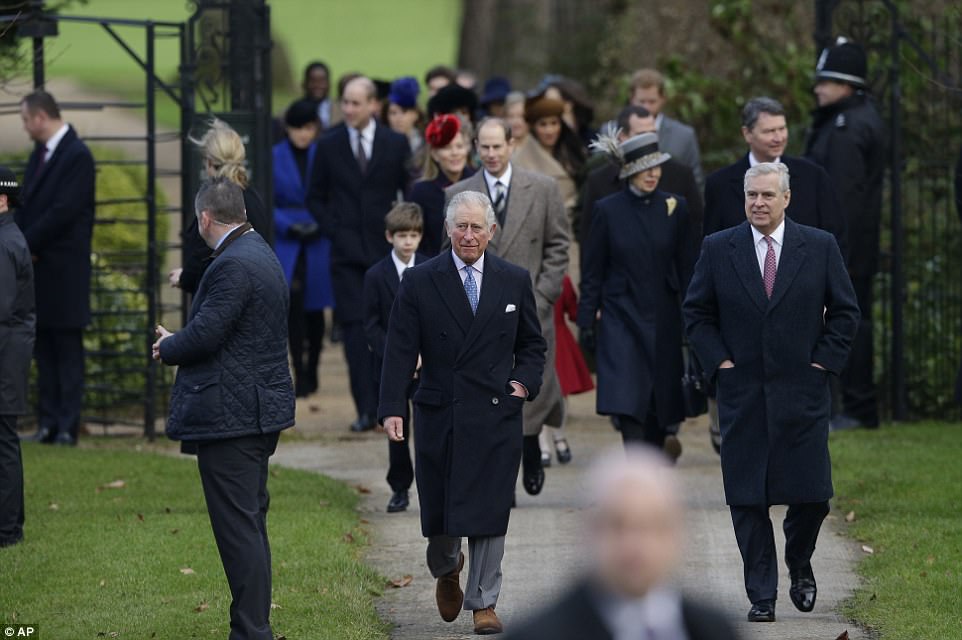 Britain’s Prince Charles, left, and his brother Prince Andrew walk with other members of the British Royal family to the traditional Christmas Day church service, at St. Mary Magdalene Church in Sandringham 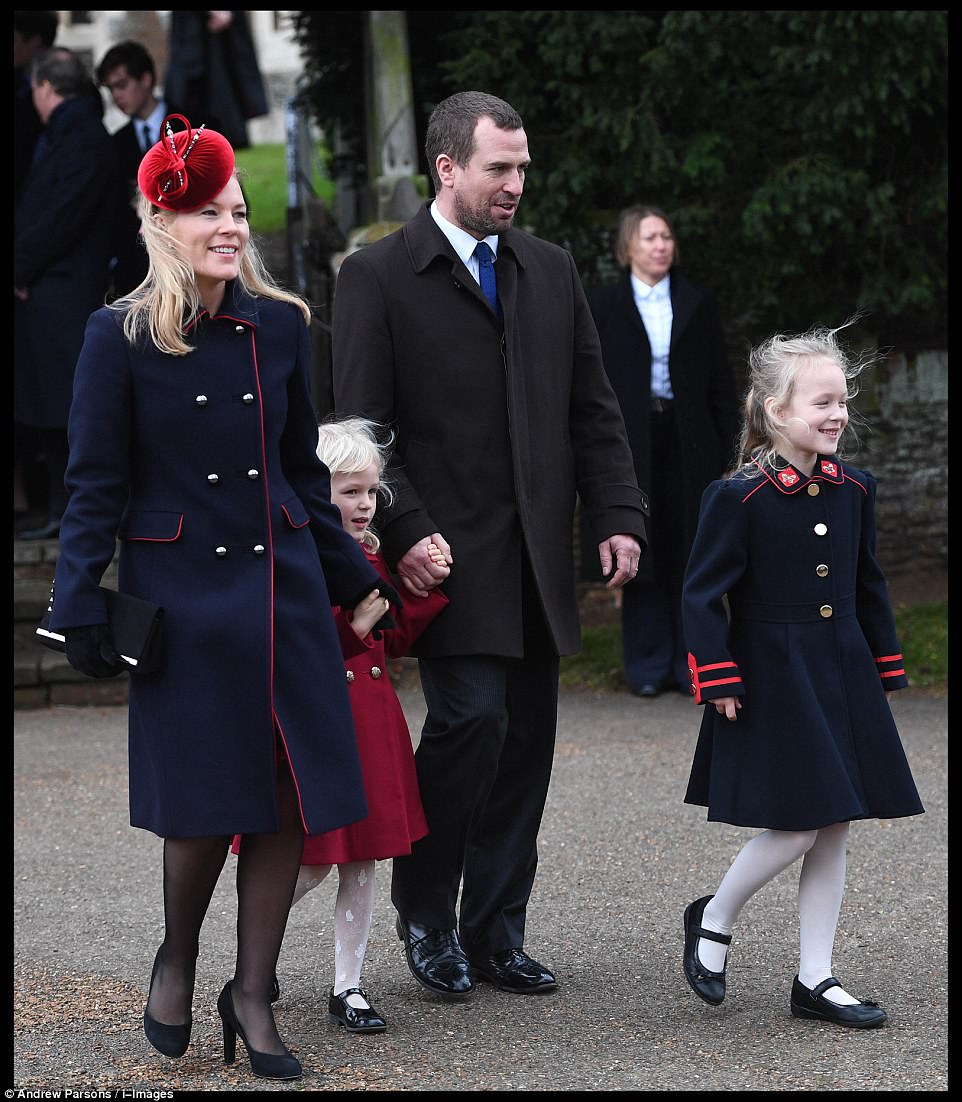 His legacy is immense. Last year, the Duke of Edinburgh’s award scheme, which he conceived, celebrated its 60th anniversary.

Set up in the post-war years, it was Philip’s way of addressing an issue that had troubled him: Boys leaving school at 15 and spending three years drifting before they began National Service at 18.

From modest beginnings in 1956, the scheme now operates across the world in 140 countries and territories, with more than 2.4million recipients of the award in the UK alone. Open to those aged 14 to 24, it is the best-known and arguably most successful enterprise established by any member of the Royal Family. 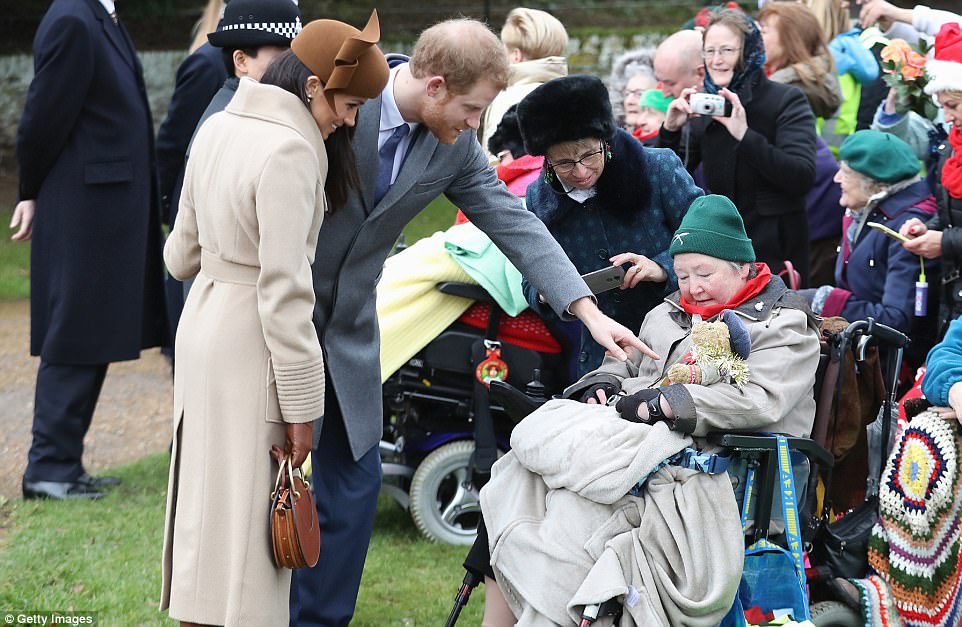 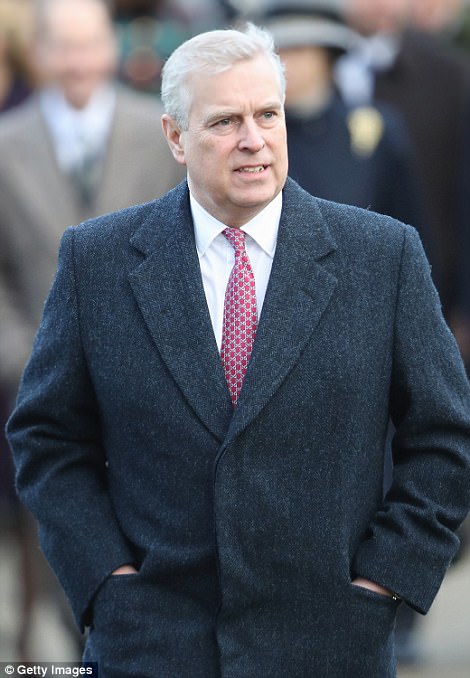 The changing nature the Royal Family – moving easily with the times along with the rest of the country – was clear as the minor royals left church yesterday.

Philip was a few paces ahead of the Duchess of Cornwall, the great granddaughter of a Geordie coal miner. Meghan Markle, whose maternal great-great-great-great grandfather was a slave, was also one step behind.

Few would have thought when Philip married the Queen in a rare burst of post-war excitement and extravagance that they would go on to preside over such an extraordinary period of social change.

Just before they married, Philip told his bride’s mother: ‘The only thing in the world that is absolutely real to me is to weld the two of us into a new combined existence that will not only be able to withstand the shocks directed at us but will also have a positive existence for the good.’

For 70 years, and still counting, he’s held true to his word.