The questions about the UK that the world asks Google

From drinking lots of tea to driving on the left-hand side of the road, foreign visitors can be left feeling perplexed by life in Britain.

And new research has revealed the questions countries from around the world ask the most on Google when it comes to the UK.

But it doesn’t make for happy reading for Brits, with Australians wanting to know why Britain is no longer a superpower, Canadians asking why Brits are miserable and the Spanish inquiring why people in the UK have ‘bad teeth’.

The data, from Google, was compiled by UK tour company The Original Tour, who used the language for each country to google ‘why is Britain’ or ‘why are Brits’ and saw what the top autocomplete result was.

And it seems both the personalities and looks of Brits come under great scrutiny from others, with the Germans wanting to know ‘why Brits are ugly’, the Irish asking why they are ‘always negative’ and the Portuguese keen to know why Brits are ‘so pale’.

Politics is high on the agenda for some countries, with the top question by Russians being ‘why did Britain leave the EU?’, and Luxembourg demanding to know why the UK does not have a constitution.

Food is important for Thais, who are keen to find out why British food is ‘so bad’ while the French inquire ‘why do Brits drink so much?’ 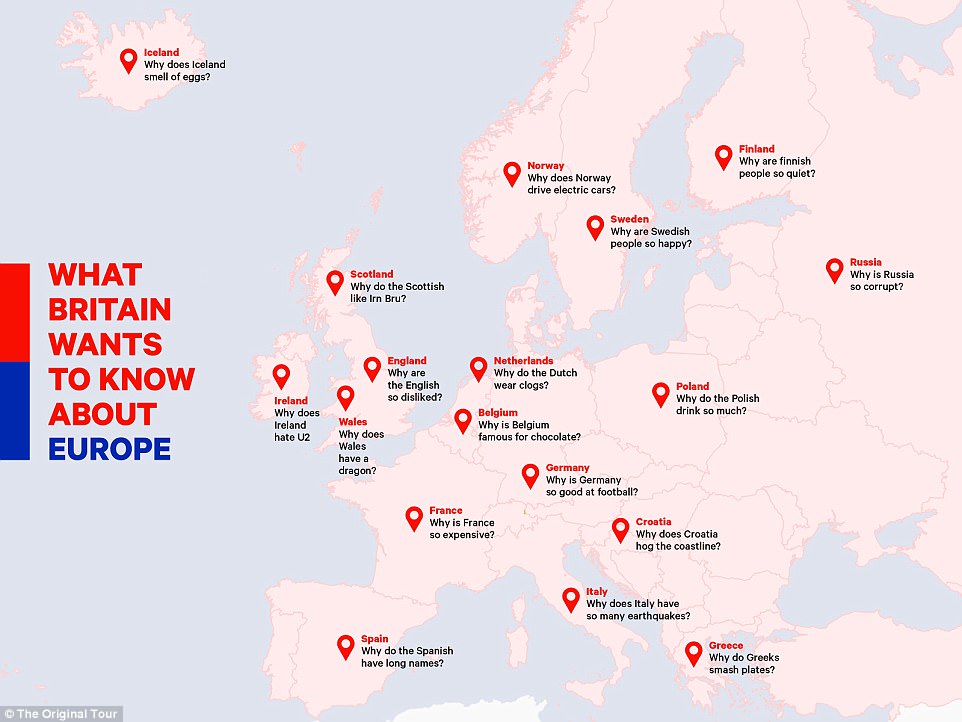 The research also showed the most popular questions Brits have about other countries, including these about their European neighbours 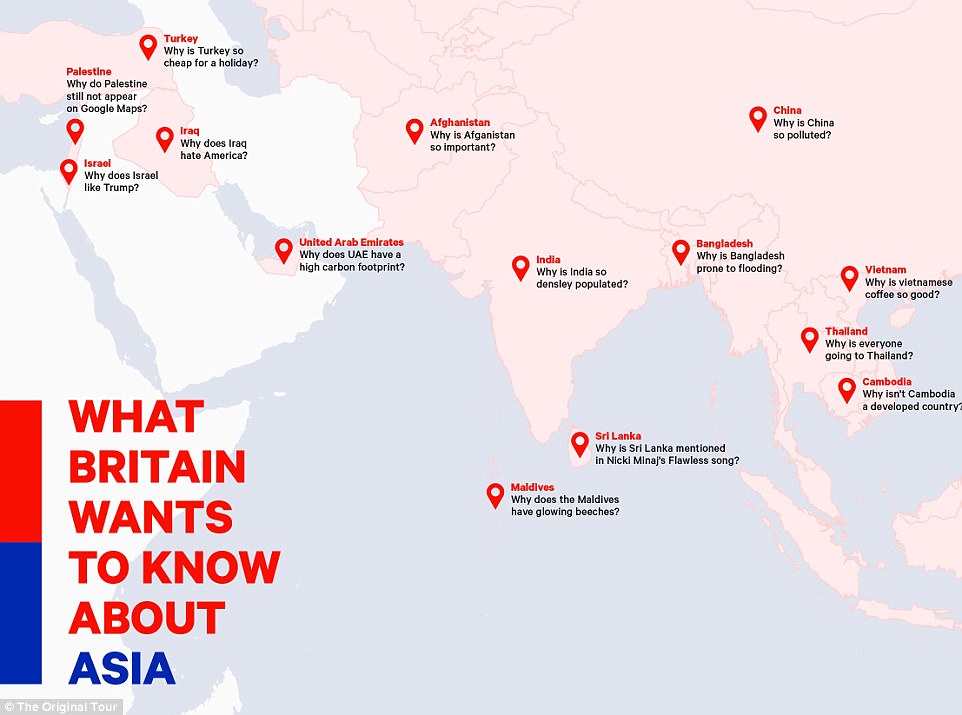 When it comes to Asian countries, an unusual question asked is about why Vietnamese coffee tastes so good 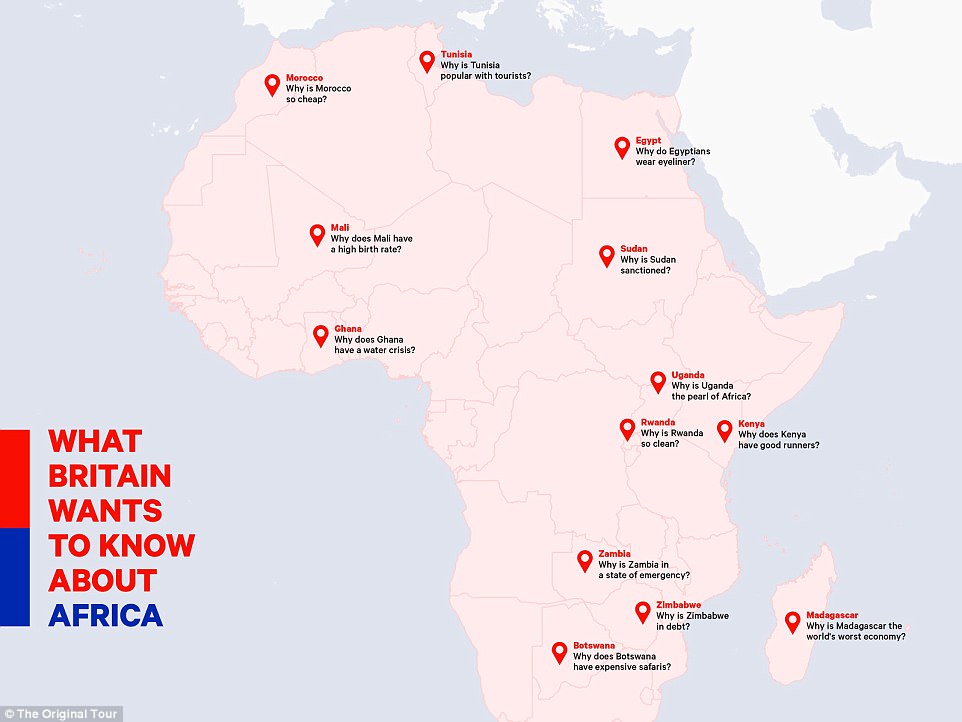 Why does Kenya have good runners? That’s one of the most-asked questions from Brits about Kenya

While for Americans, they are keen to know why Brits are so good at waiting while Mexicans are eager to find out why they love their Queen so much.

Meanwhile, the research also shows the most-asked questions Brits themselves have about other countries.

In Europe, Brits want to know why Iceland ‘smells of eggs’, why Germany is so good at football and why Swedish people are so happy. 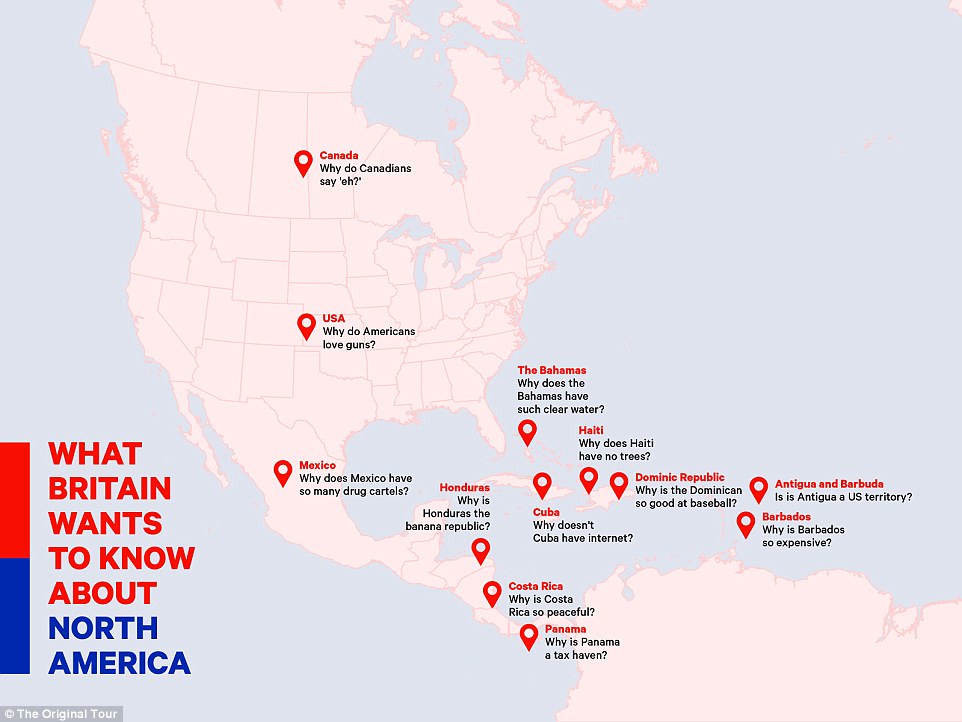 When it comes to North America, Brits most want to know why Americans ‘love guns’ and why the holiday island of Barbados is expensive 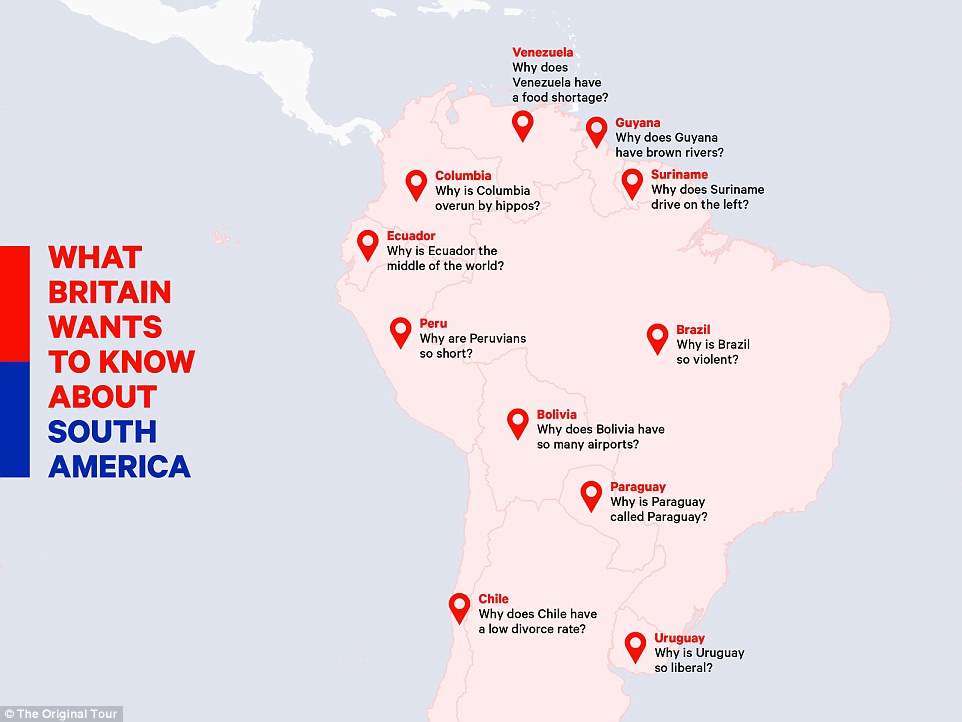 The most Googled question by Brits about Peru in South America is,  bizarrely, ‘Why are Peruvians so short?’ 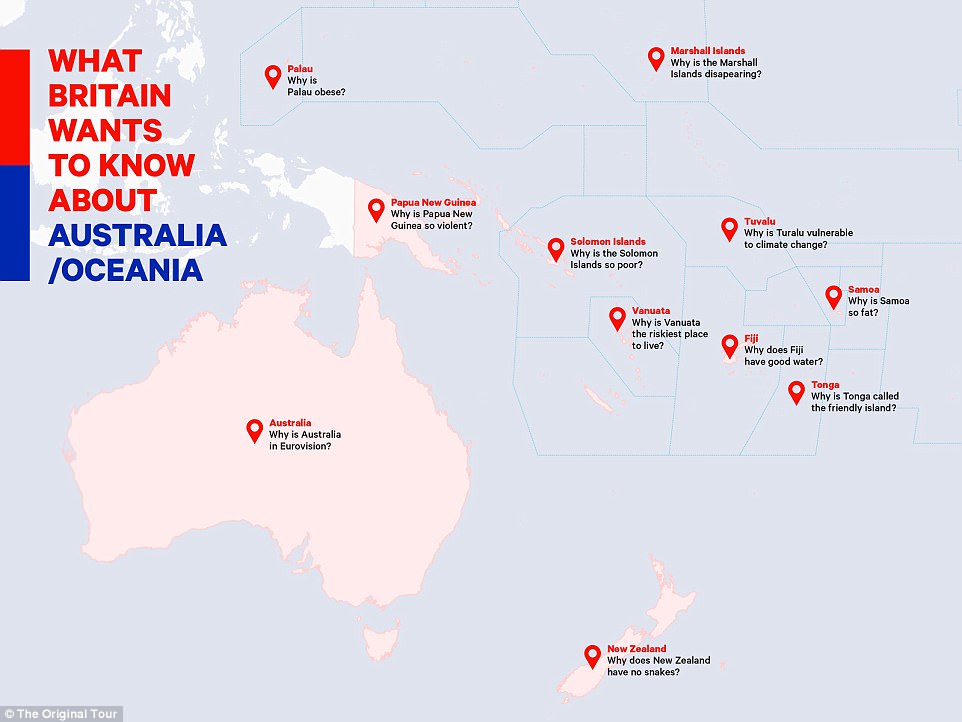 Other probing questions include ‘why do Americans love guns?’, ‘why are Peruvians so small?’ and ‘why is Australia in Eurovision?’

For the full research visit The Original Tour blog.