The Australian Open began on Monday after a three week postponement with the very notable exception of Roger Federer – who has not missed the tournament since his debut in 2000.

Sports fans have flocked to Melbourne Park with officials expecting up to 400,000 people to attend the event adhering to social distancing precautions – about half the amount of people compared to last year.

Federer, a 20-time Grand Slam champion, announced just after Christmas he would be pulling out due to a knee injury, however, organisers have now revealed the 39-year-old’s wife Mirka was actually behind his decision not to play. 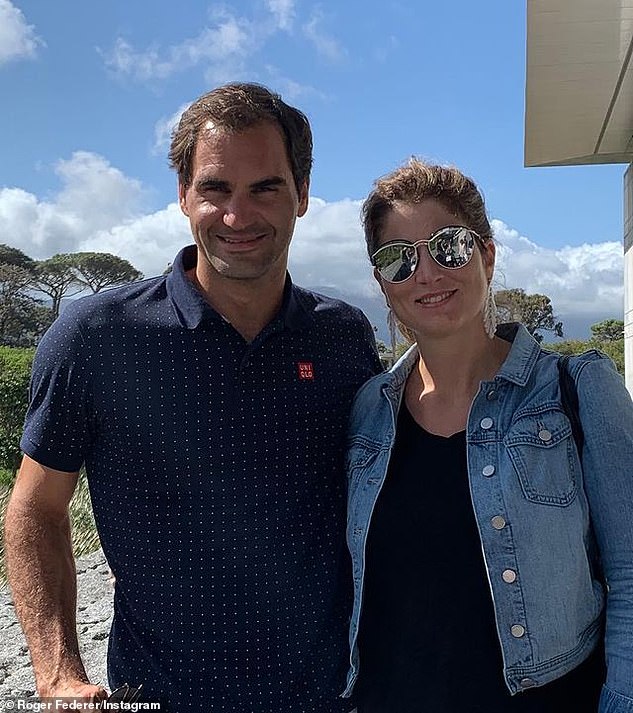 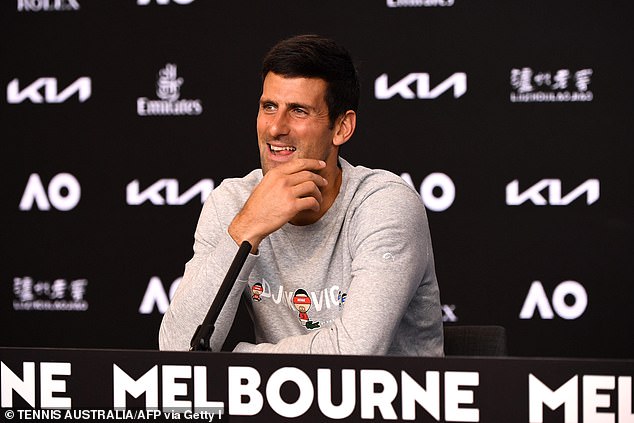 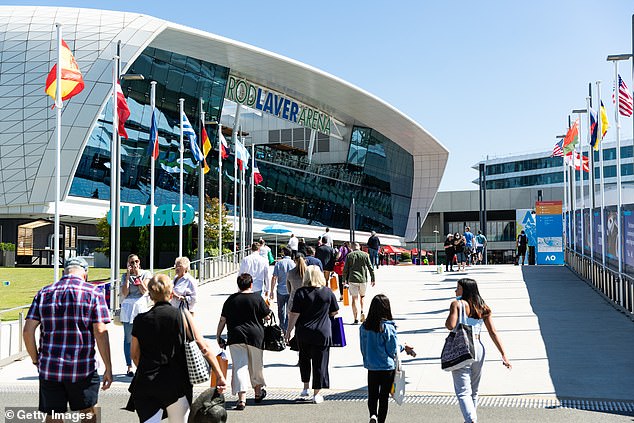 Tennis Australia’s head of player liaisons Andre Sa, himself a former Brazilian professional, said this week Melbourne’s hotel quarantine was a factor in the Swiss master not boarding a flight.

His own stint in quarantine was not the issue, however, but rather the impact on his wife and their four children.

‘The problem is that Mirka and their children couldn’t leave the room. They would have to stay 14 days in the room. The exception is only for players. He could go out, train and come back, but the family couldn’t. Mirka did not approve the idea,’ Sa said. 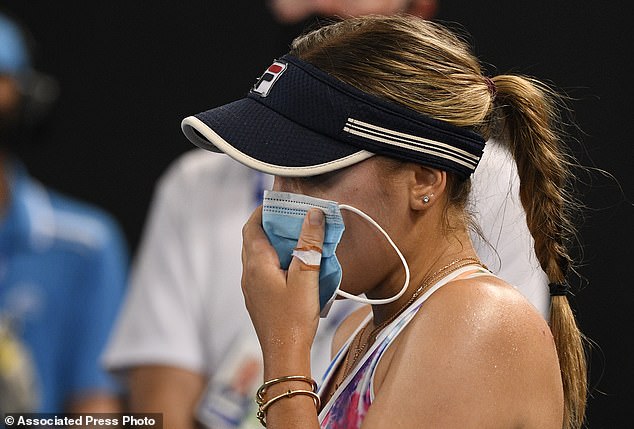 United States’ Sofia Kenin holds a mask to her face during her match against Spain’s Garbine Muguruza at a tuneup event ahead of the Australian Open tennis championships in Melbourne, Australia on Friday 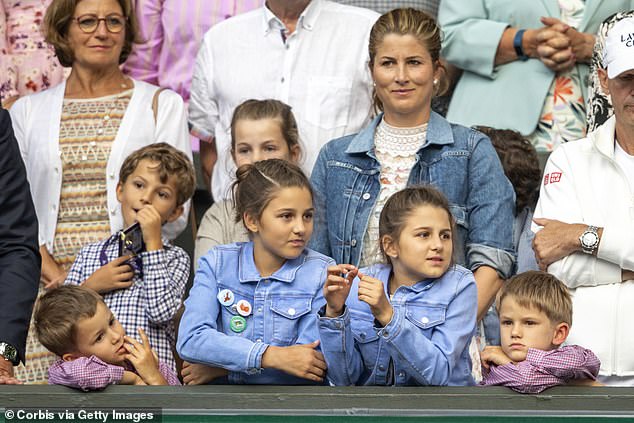 Mirka Federer, wife of Roger Federer with their children nine-year-old twin girls Charlene and Myla and five-year-old boys Lenny and Leo during presentations after Roger Federer of Switzerland loss against Novak Djokovic of Serbia during the Men’s Singles Final on Centre Court during the Wimbledon Lawn Tennis Championships at the All England Lawn Tennis and Croquet Club at Wimbledon on July 14, 2019

The other option for Federer would have been to travel to Melbourne alone which he also found unacceptable.

Federer, considered by many one of the greatest sportspeople of all-time, will make his return to the court in a tour tournament in mid-March at the ATP Qatar Open in Doha.

While his two knee surgeries have kept him out of competition since last year’s Australian Open, he still dominates the conservation around tennis.

As the Melbourne Park event began, American NFL player Tom Brady clinched an unmatched seventh Superbowl victory – sparking a debate around the greatest ever athlete and leading Federer’s name to trend on Twitter.

Federer congratulated Brady, 43, on the platform saying: ‘What an inspiring achievement, age is just a number.’

Australia’s Nick Kyrgios even gave his thoughts on the topic at a press conference after day one of the Australian Open – ranking those he had stepped onto the tennis court against.

He said Spain’s Rafael Nadal was in his top three and could claim to be the best on the clay court surface. 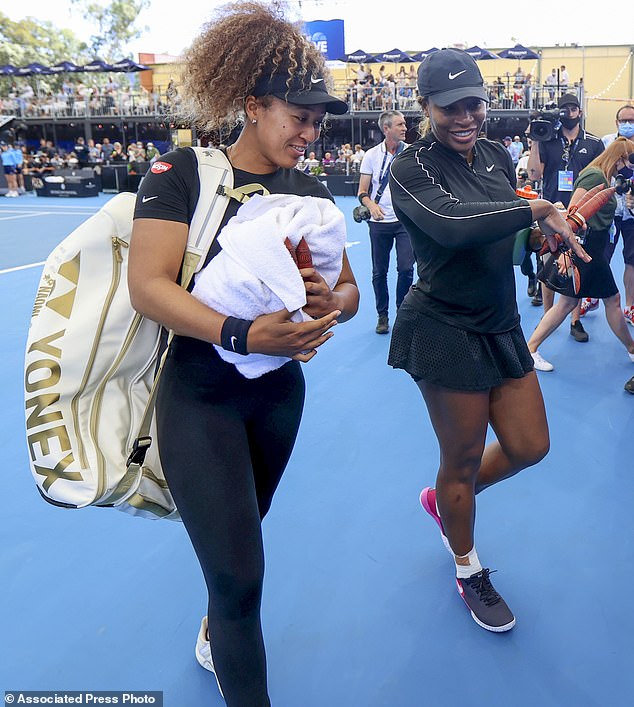 Naomi Osaka (pictured left) of Japan and Serena Williams (pictured right) of the U.S. walk from the court together following an exhibition tennis event in Adelaide on Friday, January 29

And Novak Djokovic’s 43-match winning streak in 2011 where he beat Federer and Nadal ten times collectively made him perhaps the most dominate player of the era.

Though he said he would still rank Federer higher.

‘I think in my opinion I believe Roger is the greatest of all time. With his skill set, the way he plays the game, I think it’s pure,’ he told reporters.

‘I actually think talent-wise Nadal and Djokovic aren’t even close to Roger … just purely based on talent the way Federer plays, his hands, his serving, his volleys, untouchable.’ 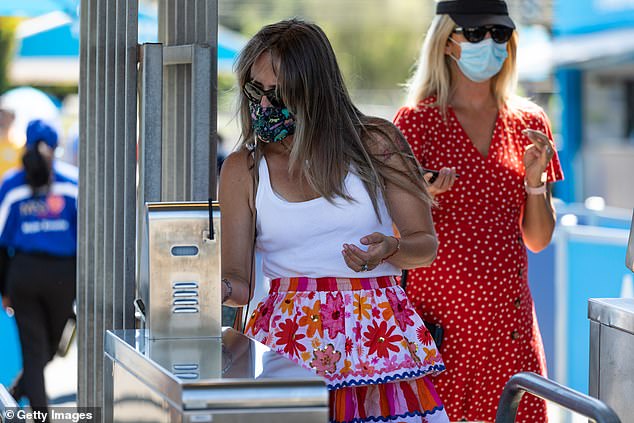 ‘It’s a tough one … Roger makes you feel like you’re really bad at tennis sometimes. He walks around, he flicks his head, and I’m, like, I don’t even know what I’m doing out here. Roger is the greatest, for me.’

In this year’s Australian Open Rafael Nadal is vying for his men´s-record 21st Grand Slam singles trophy, while the other top seed Djokovic is attempting to win his third back-to-back title at the event.

In the women’s draw, another frequently listed all-time great, Serena Williams, is aiming for her 24th Grand Slam trophy.