The REAL reason women are going off sex

As of yesterday, it is now possible to buy Viagra over the counter without the need for a prescription. Cue swinging from the chandeliers!

Or perhaps not. Because while men may now be able to perform at the popping of a pill, women are not quite on the same page.

As revealed in yesterday’s Mail, the female of the species is more lukewarm about sex than the male. Around a third of pre-menopausal women and half of older women report sexual problems.

And a recent British Medical Journal study found more than a third of 5,000 women questioned had lost interest altogether.

No surprise, then, that the race is on to develop the female equivalent of that little blue pill, a magic wand that will transform us all into willing participants in the bedroom.

Men are so hamstrung by complex notions of equality, so confused about what is and is not acceptable, that they have begun to lose that raw, masculine edge. And that is a big part of what turns women on

Enticing as this idea may seem, Viagra simply provides a mechanical solution to an age-related problem. In other words, men still want to have sex, it’s simply that their bodies can’t.

With women, it’s different. We can almost always manage the physical side of things. It’s re-igniting lost desire that is so much harder.

There are many theories as to what causes sex to fall so far down the list of a woman’s priorities that it eventually plunges into the abyss.

Stress, antidepressants, young children, teenagers, caring for older parents, perimenopause, menopause, vitamin deficiency —you name it, someone will have come up with it.

But if you ask me, the answer is very simple: men.

Specifically, modern man and his increasing emasculation. Men are so hamstrung by complex notions of equality, so confused about what is and is not acceptable, that they have begun to lose that raw, masculine edge. And that is a big part of what turns women on.

It’s one thing to demand equality in the boardroom; things are very different in the bedroom.

Sex is a fundamentally feral activity, a product of flesh and hormones engineered by nature in order to encourage the reproduction of the species. And nature is clever. Our bodies are designed to want things our feminist minds don’t necessarily feel comfortable with. Such as men who look like they might be able to protect our children from passing predators; or men who can split logs; or, men who, you know, just exude a certain amount of old-fashioned male confidence.

Such men are becoming increasingly unacceptable in this #MeToo world of ours. So vehement is the backlash against anything resembling traditional masculinity, it’s hard to see a future for them.

While this may make for a more egalitarian society, it doesn’t make for much fun in the bedroom.

That is not to say that No does not mean No. There are no excuses for sexual assault. But we are creating a generation of downtrodden men who can’t even tell a woman she looks nice without risking being branded a pervert.

I was stuck by something the writer Annabel Cole said in yesterday’s Mail about how it felt to become invisible with age.

Recalling her youthful powers of attraction, she wrote: ‘One of the most thrilling things I can remember happening to me was as a 21-year-old at the University Library in Cambridge, studying for my finals. I got up to fetch a book and returned to my place to find an anonymous note, which simply said: ‘You look fantastic.’ ‘

Ultimately, that’s what turns women on. The excitement of being thought irresistible. Not a quivering wimp in a Time’s Up badge.

Adult entertainment star Stormy Daniels has given an interview to U.S. TV show 60 Minutes about her alleged liaison with Donald Trump.

Surely it doesn’t take a whole hour to describe something that must have lasted only a couple of minutes. 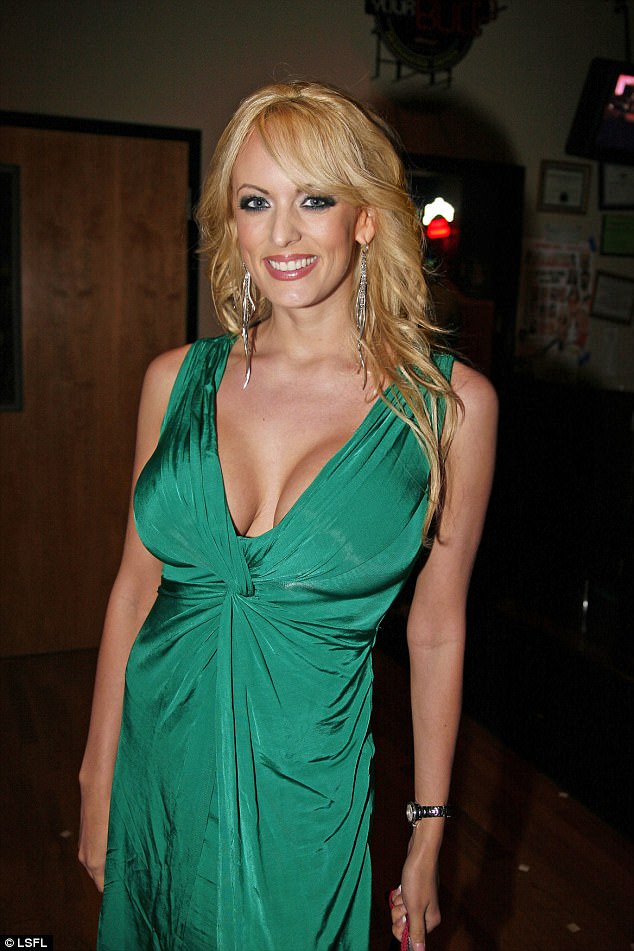 Adult entertainment star Stormy Daniels has given an interview to U.S. TV show 60 Minutes about her alleged liaison with Donald Trump

My message to M&S

Marks & Spencer launches its umpteenth clothing revamp, promising to prioritise ‘style over fashion’ and reach out to ‘Mrs Marks and Sparks’. Aka middle-class women over 50. Aka me.

So, let me tell you, dear M&S, where I buy my clothes. First: H&M, whose premium range has brilliant silks at very reasonable prices, which last wash after wash. Next is John Lewis for its Modern Rarity brand (smart) and its And/Or label (casual).

They both encompass the basic requirements of the over-50s woman who wants to dress well: nice fabrics, a generous cut, value for money and designs you can dress up or down, according to need. It’s really not rocket science.

Reading the long list of health and safety measures imposed by Newcastle City Council in order for an outdoor play scheme to go ahead (six-page forms, hi-vis jackets for supervisors, written agreement from all neighbours), you can see how the organisers might just shrug their shoulders and give up. Too. Much. Hassle.

And there is an element of truth in that: while kids are confined to their bedrooms, playing computer games instead of in real life, they are a lot less trouble, both for the local authority and for parents.

But the long-term repercussions are devastating, already evident in the soaring levels of childhood obesity. 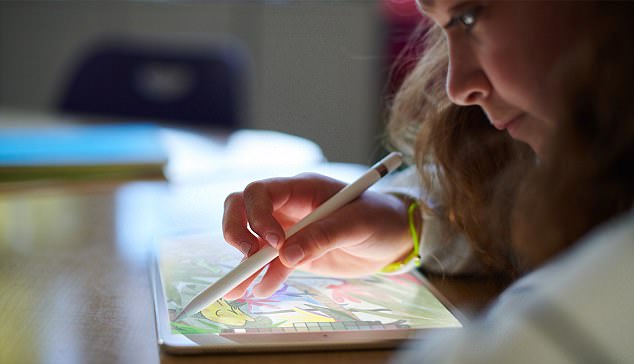 For the next two weeks, during the Easter holidays, countless kids will spend their days glued to screens in their pyjamas, pausing only to order a McDonald’s online

For the next two weeks, during the Easter holidays, countless kids will spend their days glued to screens in their pyjamas, pausing only to order a McDonald’s online.

It’s time for positive action. If every parent unplugged every console, our streets and parks would once again be filled with the sounds of children playing: cheeks rosy, noses dripping, knees dirty.

Yes, they might break a few windows and bones along the way, but it would be a small price to pay for something that increasingly seems to elude today’s youngsters: happiness.

Sainsbury’s is having to install CCTV and mirrors at its self-service tills to stop people stealing food. Apparently, millions of pounds have been lost since the machines were introduced in 2009.

I wonder, have they ever thought of getting an actual person to scan individual items? This employee could be called — oh, I don’t know — a ‘checkout clerk’.

Don’t you just love it? Internet giants such as Facebook will happily flog personal data to any old despot.

But if I die tomorrow and my children want to unlock my phone, they’re going to have to cut off my thumb while my body is still warm and use it to make the fingerprint recognition access work — or face a lengthy legal battle with Apple. 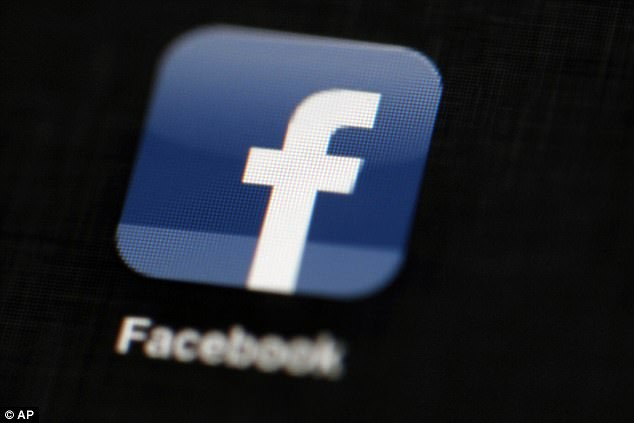 Don’t you just love it? Internet giants such as Facebook will happily flog personal data to any old despot

A French waiter fired after being accused of ‘aggressive’ conduct has told a Canadian court he was not being rude, but was merely behaving as French waiters do.

This is encouraging. It means the next time I go to France and am ignored by haughty restaurant staff, I can legitimately smash up the place, singing England football songs.

Anti-Semitic mural is painted on a wall in East London: some Jewish people protest politely. Which causes more fury among Corbynistas? (Clue: it’s not the men with the guns).

Forget the Conservatives being the Nasty Party — under Jeremy Corbyn, Labour seems to be turning into the Nazi Party.

If you want to know how bonkers the life of a politician is these days, witness David Davis being forced to conduct an interview on The Andrew Marr Show with a bucket by his chair.

The Brexit Secretary was so ill, he vomited before going on air and the receptacle was put there as a precaution. Under normal circumstances, the poor man would have given his apologies and stayed home.

But such is the hysterical world we live in, this would no doubt have resulted in some unhinged conspiracy theory.

Result: the poor man would rather throw up live on air.