The real reason women’s hands are colder than men’s

Cold hands mean a warm heart, as the popular phrase has it.

However women may have colder hands than men at this chilly time of year, according to scientists.

Females and children are thought to need to put their hands in their pockets more because they have less muscle mass, which generates heat to keep the body warm.

Researchers at the University of Cambridge tested this by asking people to plunge their hands into icy water for three minutes.

Those with more muscle saw their hands heat up again more quickly, based on images taken with a thermal imaging camera.

It came as a surprise to experts, who thought fat was more important in warming up people’s hands when they get cold.

Females and children are thought to need to put their hands in their pockets more because they have less muscle mass, which generates heat to keep the body warm, according to research at Cambridge University. File image used

The study’s lead author, Stephanie Payne, said: ‘Being aware of the effects of body composition on how cold your hands get is crucial.

‘For example, women and children are less likely to have a high muscle mass so cold-weather gear, such as gloves, should be produced and marketed with that in mind.’

The study by a team of biological anthropologists is the first of its kind and used 114 volunteers willing to plunge their hands into ice-cold water.

Its lead author said: ‘Hands have a large surface area-to-volume ratio, which can be a challenge to maintaining thermal balance in cold conditions.

‘We wanted to study the influence of body size and body composition on heat loss and rewarming in the hands to determine whether they affect hand temperature and dexterity in cold conditions.’

Participants aged 18 to 50 including university students and local people first had their vital statistics taken and body composition analysed to measure the amount of fat and muscle. 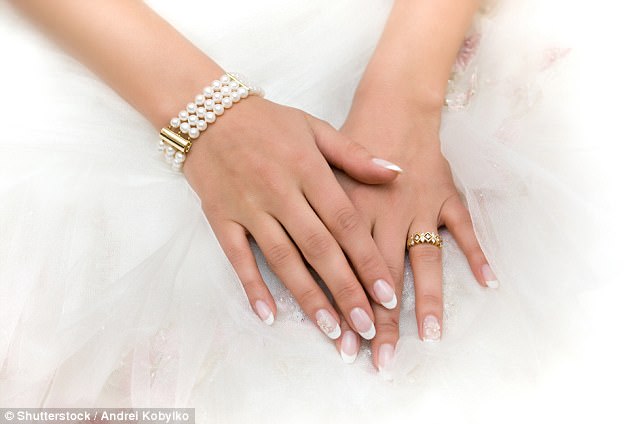 It came as a surprise to experts, who thought fat was more important in warming up people’s hands when they get cold. File image used

The rate at which volunteers’ hands heated up again was measured and recorded using a thermal imaging camera.

Miss Payne, a PhD student and National Geographic Young Explorer researching human populations across the globe, said: ‘We always thought that fat (acting as insulation) was the most crucial factor in thermoregulation, but it’s actually muscle playing the vital role.

‘The body is this amazing, dynamic system which uses muscle to generate heat to keep the rest of the body warm, including your hands.’

Across the world, some populations have adapted to deal with severe cold, for example by losing blood flow to the hands very quickly to make sure they retain their body heat internally.

Inuit people have periodic pulses of blood to the hands to combat frostbite.

The study is published in the American Journal of Physical Anthropology.