The Revolution of Live Streaming and What it Means for Entertainment 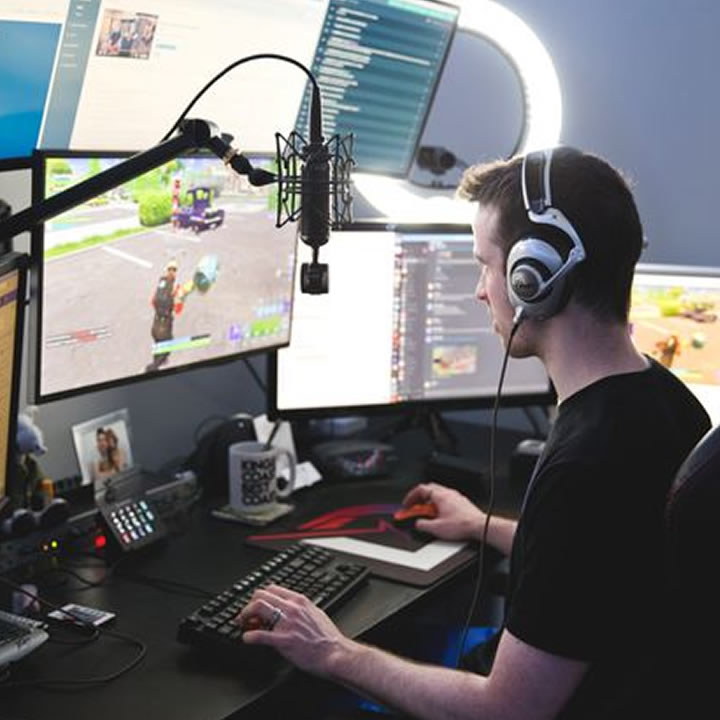 How has live streaming revolutionized how we consume entertainment? The internet has already transformed daily life in many ways. As technology evolves at an exponential rate, nearly everybody in the world feels its far-reaching effect.

The arena of entertainment is one of the areas where this is most evident. At the touch of a button, we have access to an incredible selection of ways to entertain and be entertained, including live streaming. So how has live streaming changed our lives?

It was once the case that live events were only available via television broadcasts and even this, is relatively recent. The first television news broadcasts began in 1948 and were crude, a newsreel played on the screen while a commentator read the news off-screen.

Before this, it was radio broadcasts. As technology improved, events and sports were streamed live.

When streaming technology finally caught up to the Internet, live streaming was born and it took off. The possibilities were endless. Suddenly, sports were being streamed straight to a person’s computer – a feat that was unfeasible just a few years prior.

No matter the industry, streaming live content is an incredibly useful tool that has been fully embraced as a part of daily life.

With the pandemic not long behind us, everybody can remember when Zoom calls and other virtual meeting apps were a daily affair. When the world stopped and we could no longer gather in person, businesses turned to these resources as a lifeline.

And it worked incredibly well. The technology made it possible to continue to have meetings and live events.

As more and more people became used to attending events in a virtual space, the number of live events held on platforms such as Zoom grew. Now, there are thousands of virtual events hosted in live-streaming spaces.

Everything from virtual yoga retreats to professional conferences to personal development seminars is available via live streaming services.

Video latency, which is the delay between the recording and when the viewer sees the content on their screen, was once the very low quality and made internet streaming impossible.

These days, even concerts are streamed straight from the stage to a user’s laptop or mobile device. These are often quite dynamic shows and in the past, TV would have been the best and only way to view these types of extravagant events.

Now, this is not the case. There are many media studios that broadcast and stream musicians and artists straight to the public. Concert lovers no longer have to show up in person to enjoy their favorite artists.

Gamblers are also enjoying this new technology and reaping the benefits. In the past, gambling was done at poker nights with friends or the local casino, perhaps even a flight out to Vegas or Macau to gamble and vacation.

Land-based casinos enjoyed the prestige of being the only place to go for gambling enthusiasts.

Nowadays, with live-streaming technology, there is no premium to be paid to land-based casinos. Gamblers play rounds of poker from the comfort of their home. Some of the world’s best casinos live stream real games on the Internet.

Players from around the globe can place bets without taking a flight.

Nowhere is the reach of live streaming more evident than social media.

Who hasn’t inadvertently scrolled through TikTok or Instagram for far longer than they planned?

The addictive quality of these apps aside, they have completely upended entertainment and democratized it. Now, the average person can become a celebrity in every sense of the word.

With minimal production costs, anybody can become a popular entertainer.

TikTok and Instagram Lives give anybody with access to a smartphone the chance to interact with their favorite influencer. With a strong cellular or WIFI connection, the quality of live streaming is incredible.

Where once it required an unwieldy amount of hardware and software that only production studios backed by millions of dollars could afford, live streaming is now available to anyone.

Live streaming technology has completely changed the landscape of entertainment today. The biggest effect is the democratization of entertainment. Anybody with a smartphone can live stream even the most mundane parts of their day.

Whether anybody will watch is up for question. One cannot deny the large part that live streaming plays in entertainment consumption.

Platforms like Twitch, Zoom, TikTok, and Instagram Live are just a few of the most popular venues for live streaming and prove that the present moment is always the best place to be.