A Gumtree fraudster has duped a farmer out of $650 with an elaborate new gambling voucher scam.

Ian Egerton posted an advertisement for his gym equipment on Gumtree after selling his 40-hectare property near Queanbeyan, in south-east New South Wales.

The 61-year-old was in the process of moving livestock and items from his five-bedroom home when he was inundated with requests to buy the home gym, the ABC reported.

A person claiming to be Shirley Jackson said she was interested in the weight machine and leg press and the farmer thought his luck couldn’t get any better.

Mr Egerton explained he also had an exercise bike, a rowing machine and a treadmill he was keen to get rid of and she agreed to purchase the lot.

The fraudster, who claimed to be from Darwin, agreed to pay $1,400 for the equipment and said she would organise a removalist at a cost of $650.

When the scammer told an unsuspecting Mr Egerton the removalist would only accept Neosurf vouchers, a type of online payment using gambling vouchers, he went along with the plans.

‘I didn’t know what they were,’ Mr Egerton said.

Ms Jackson told the farmer she would pay the $650 and a $30 courtesy fee into a Paypal account, which would connect to his bank details – after Mr Egerton bought the Neosurf vouchers.

‘They had Paypal logos and copyright details and everything in the right colours, and I didn’t even question the fact that this could be a scam,’ Mr Egerton said.

Ms Jackson said she wouldn’t transfer the money until Mr Egerton took a photo of the vouchers as proof of purchase.

Mr Egerton obliged and was unaware he had fallen victim to a scam, until speaking to his daughter who told him they can use the code on the vouchers to access the cash.

‘I suddenly went from being excited about the sale to a panic that I’d lost the $650,’ he said.

Mr Egerton said he tried everything to try and get his money back and filed a report with Queanbeyan police. 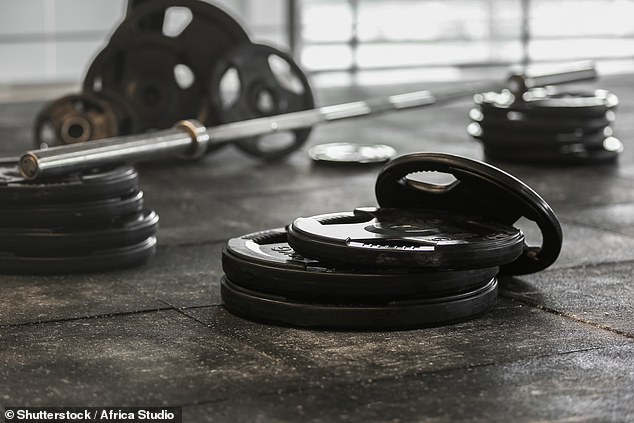 Ian Egerton posted an advertisement for his gym equipment on Gumtree after selling his 40-hectare property near Queanbeyan, south-east New South Wales

He has accepted that he probably won’t see the money again and admitted he was ‘vulnerable’ when targeted by the scammer.

Looking back, Mr Egerton can see how he was a bit foolish to believe the scam but was distracted by moving homes in a short time-frame.

A New South Wales Fair Trading spokesman said the scam was the first of its kind they’d heard of this year.

But they said consumers are increasingly being tricked by scams using gift cards and vouchers.

The ACCC released a warning about the increase of gift card scams in March.

‘Scammers like to get gift cards as payment as it’s easy for them to quickly sell them on secondary markets and pocket the cash,’ ACCC Deputy Chair Delia Rickard said.

‘It’s concerning that the scammers are now demanding payment in other forms of gift cards.’

‘It’s clear the scammers are diversifying their payments to try get around these warnings, so it’s vital people are aware that no legitimate company or government agency will ever ask you to make a payment with any sort of gift card.’