The songstress passed away on Friday night following a long battle with chronic lung disease, reports the Herald Sun.

She had been in palliative care at the Alfred Hospital before her death from complications with the disease. 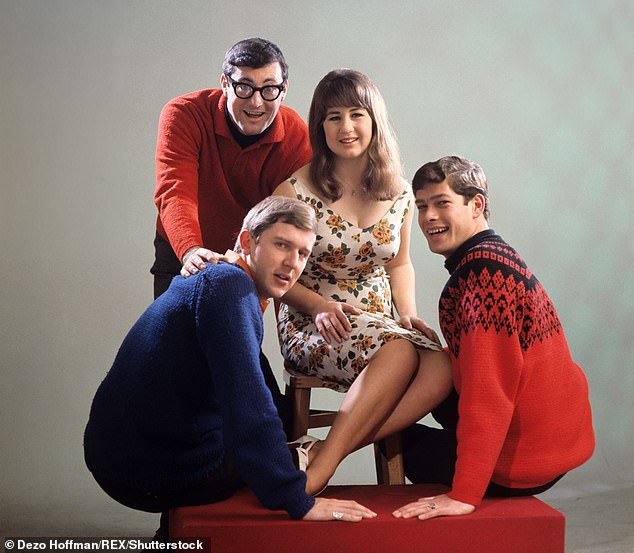 Folk-pop legends The Seekers are pictured in 1964. The group are best known for their hits like I’ll Never Find Another You and Georgy Girl

Her Seekers bandmates Keith Potger, Bruce Woodley, and Athol Guy called her a ‘lifelong friend’ in a shared statement.

‘Our lives are changed forever losing our treasured lifelong friend and shining star,’ they said.

‘Her struggle was intense and heroic – never complaining of her destiny and fully accepting its conclusion. Her magnificent musical legacy Keith, Bruce and [Athol] are so blessed to share.’

‘Great artists become part of our fabric and our extended family, and Judith Durham was no exception,’ he said.

‘She was a force of nature, constantly energised with a passion for music and life. We were all privileged to have known Judith and heard her heavenly voice. We are deeply saddened by her passing and will miss her dearly.’

The Seekers were best known for their hits I’ll Never Find Another You and Georgy Girl.

The quartet made their debut in 1963 and quickly made history as the first Australian pop act to have major crossover success in the UK and America.

They famously performed on The Ed Sullivan Show multiple times and in 1966 they performed in front of the Queen Mother Elizabeth at the London Palladium.

The Seekers were inducted into the ARIA Hall of Fame in 1996 and received the Officer of the Order of Australia (AO) in 2014. 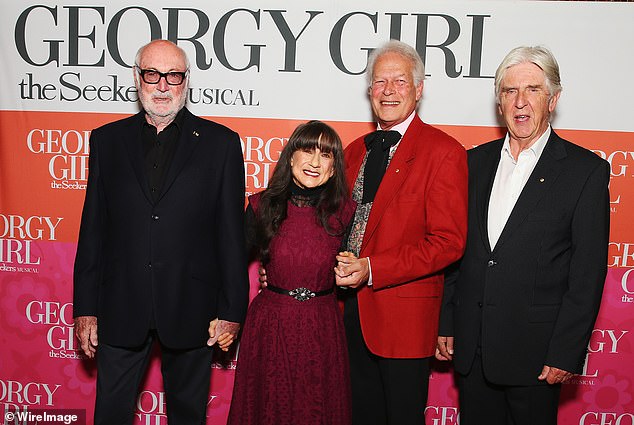 Her Seekers bandmates Keith Potger, Bruce Woodley, and Athol Guy called her a ‘lifelong friend’ in a shared statement. All pictured together